This beautiful map, published in 1965, shows that it’s not just the U.S. that does lovely road maps. Over three strips in a small atlas the road from Moscow to Simferopol via Kursk and Kharkiv (in Russian Kharkov) is shown in pictorial form. 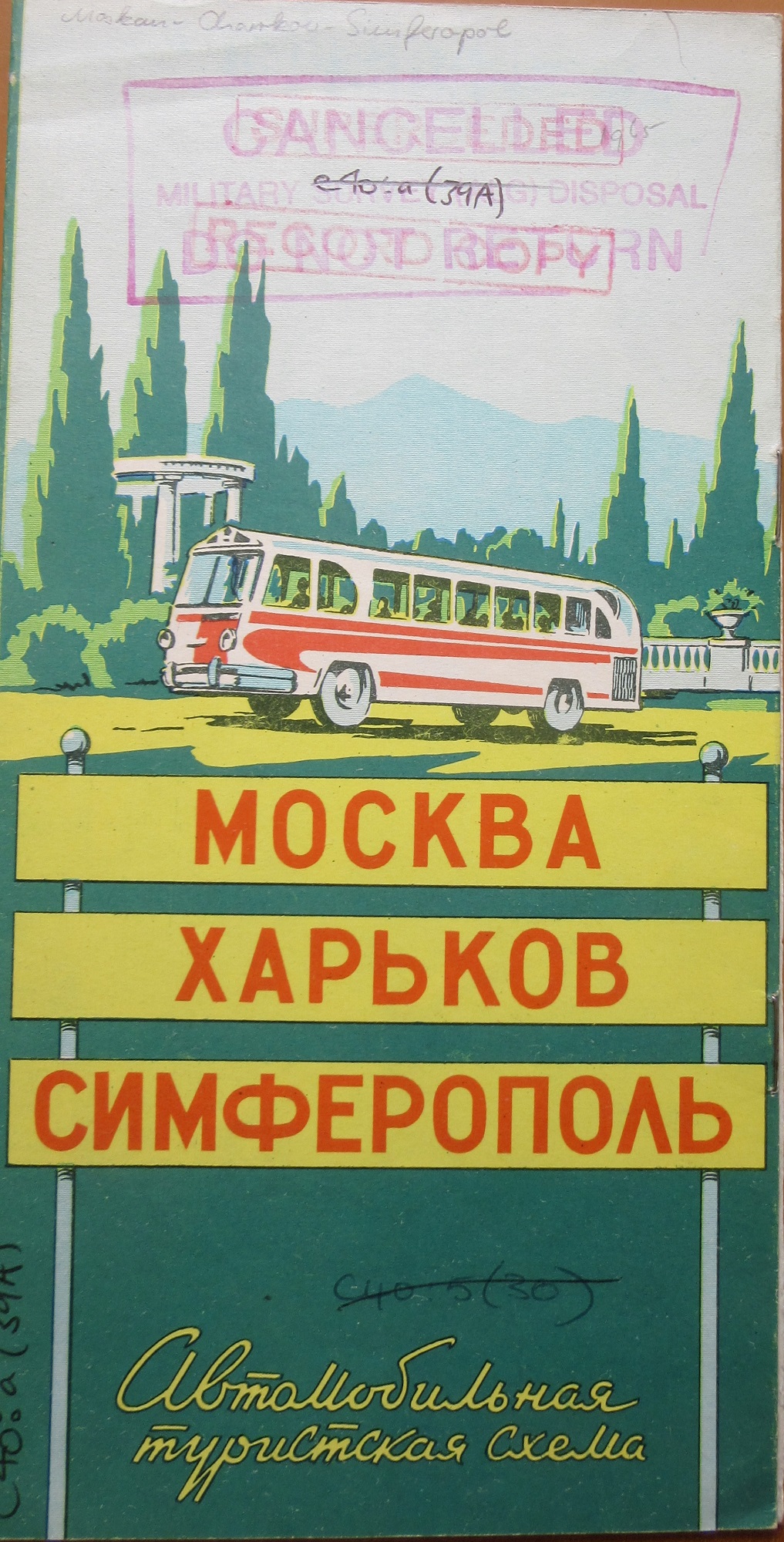 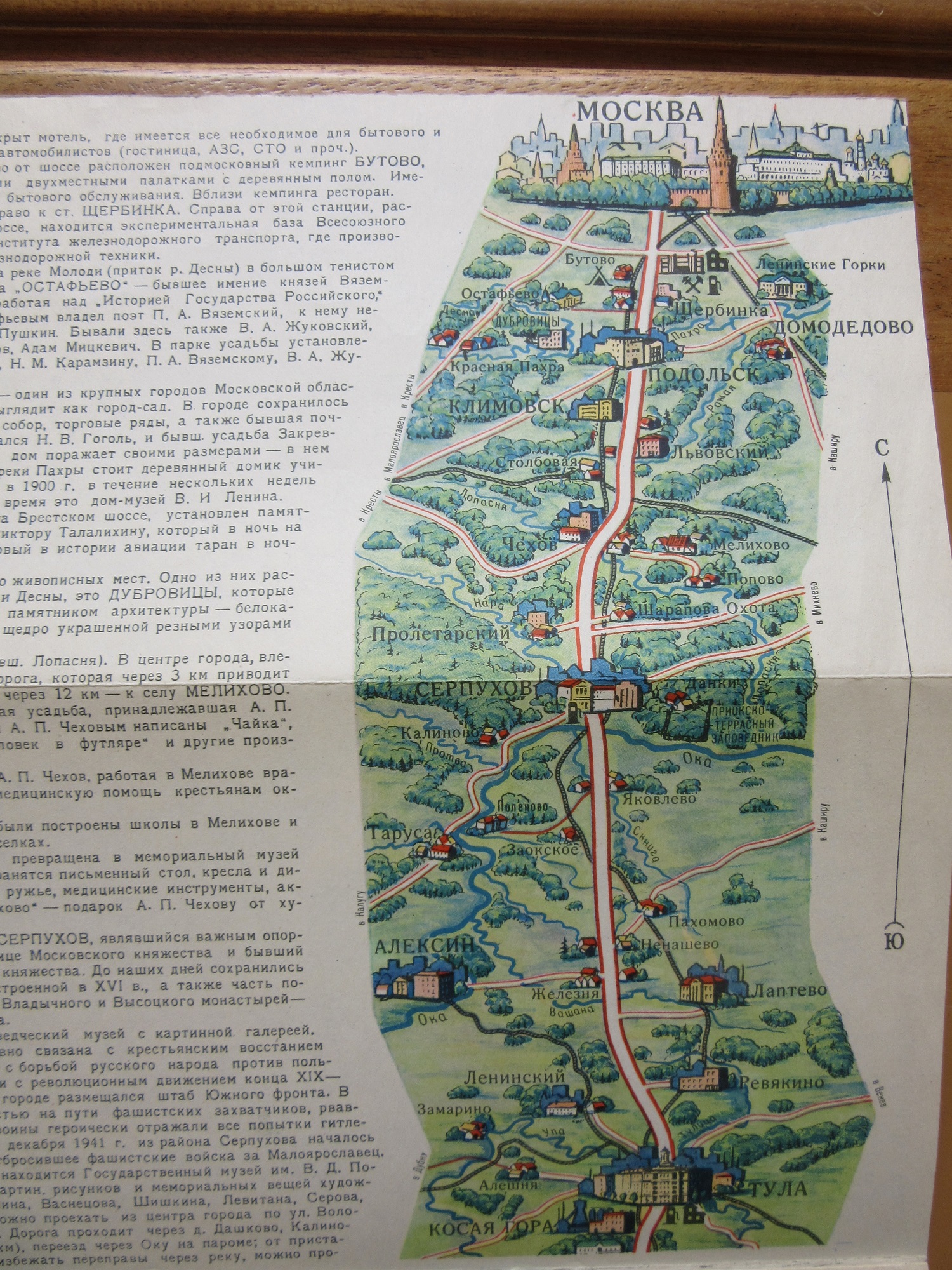 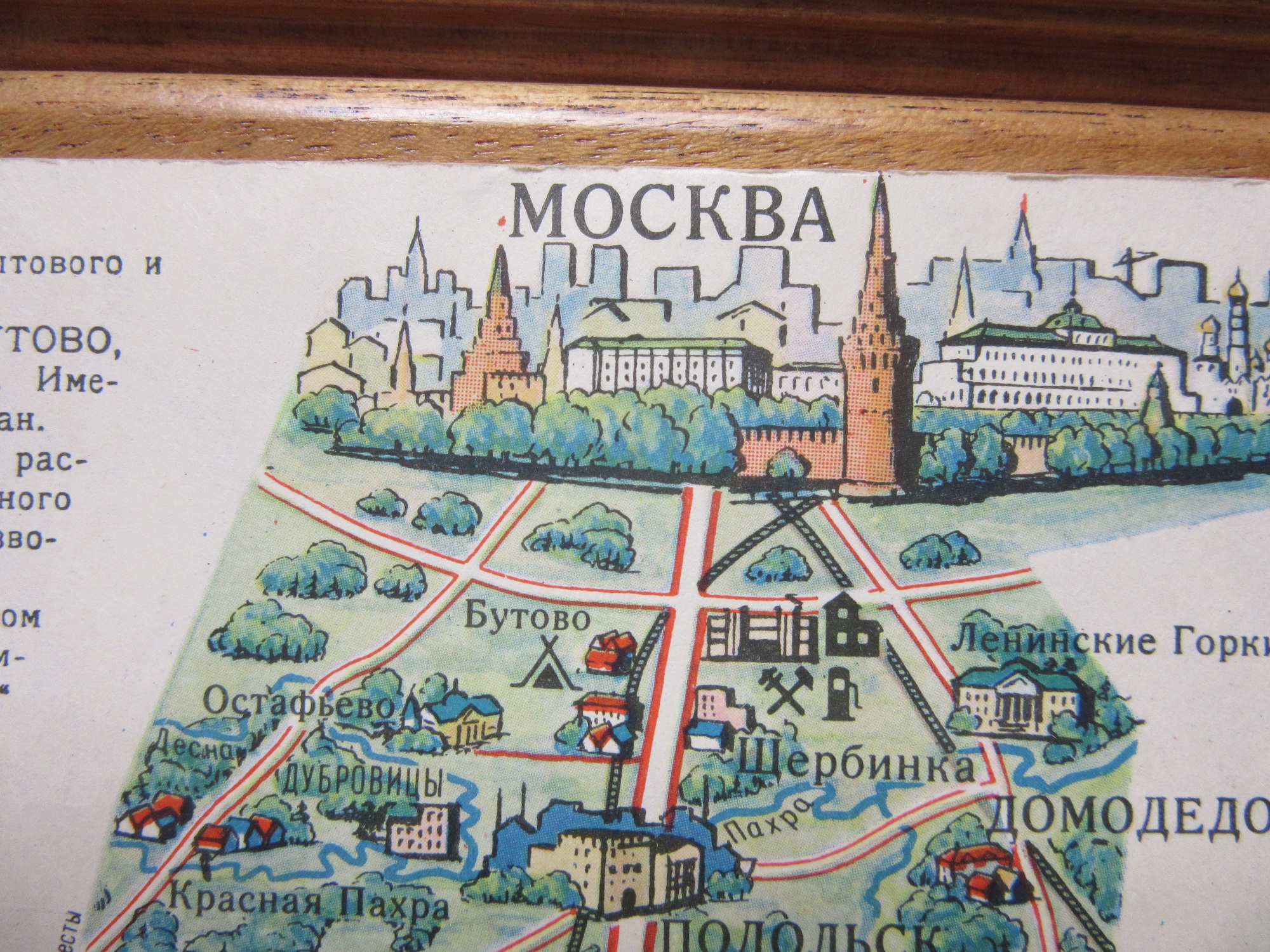 It is the perfect map for a road trip. Starting at Moscow, with the white Grand Kremlin Palace visible behind the trees, going south following what is now the E105, part of the International E-Road network which starts in the north of Norway and finishes at Yalta, the map (and road) finishes in Simferopol, capital of what was at the time of the map the Crimean Autonomous Soviet Socialist Republic. Next to the map is text giving tourist information along the way. Throughout the map and amongst the text are small pictures of life on the road, camping 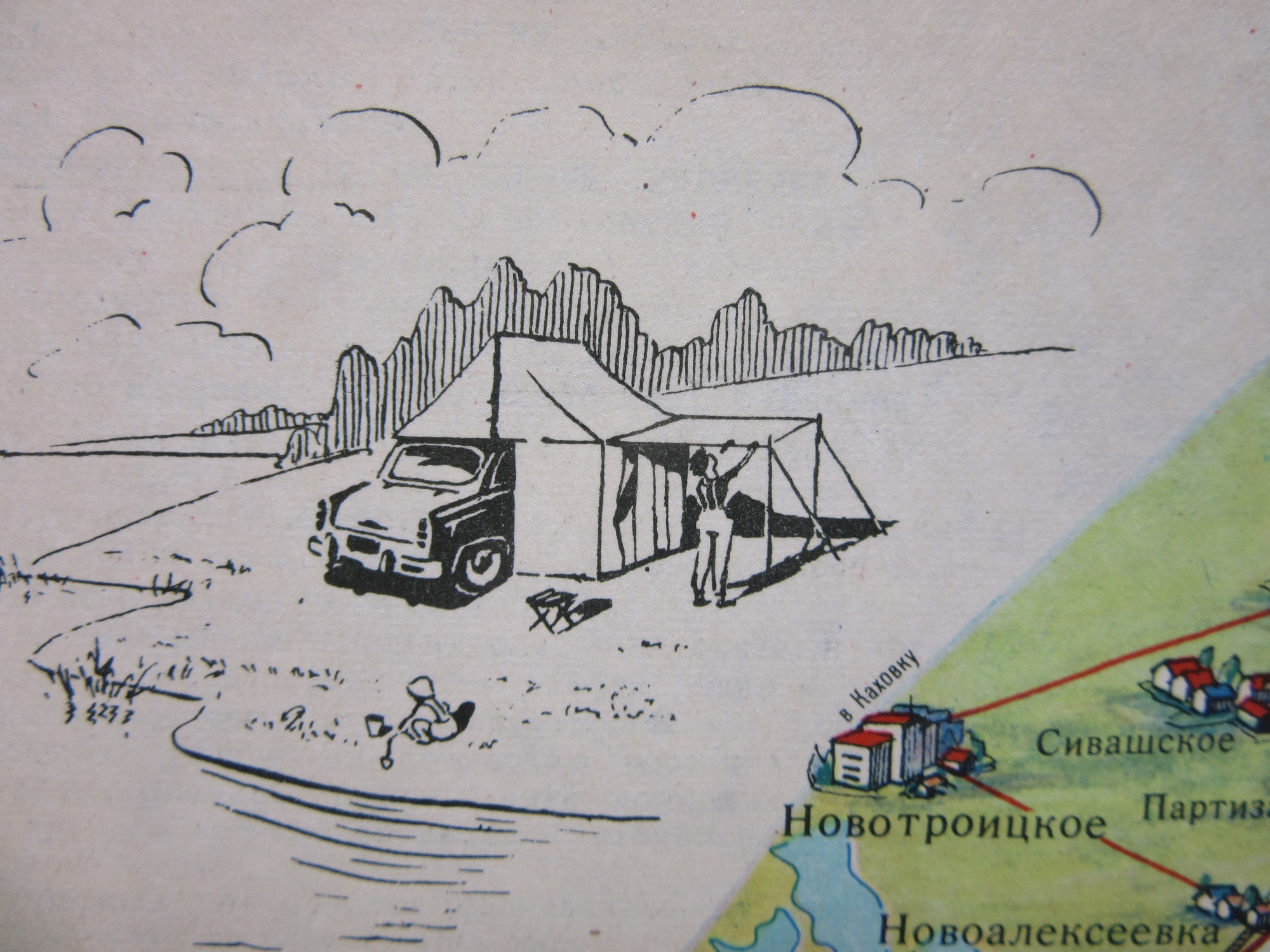 or, just in case you were having too much fun and needed a reminder of Soviet achievement, tanks on a War memorial 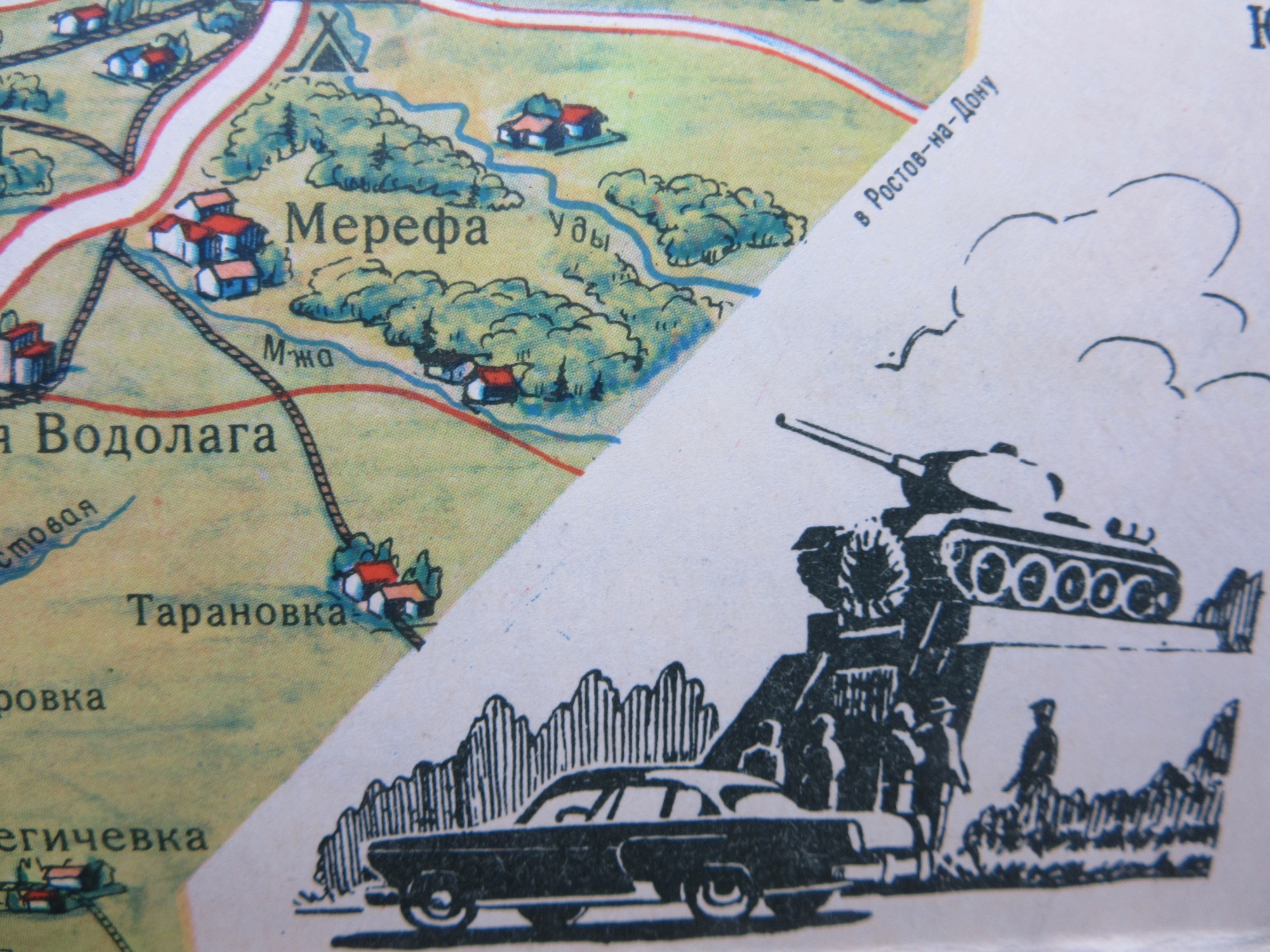 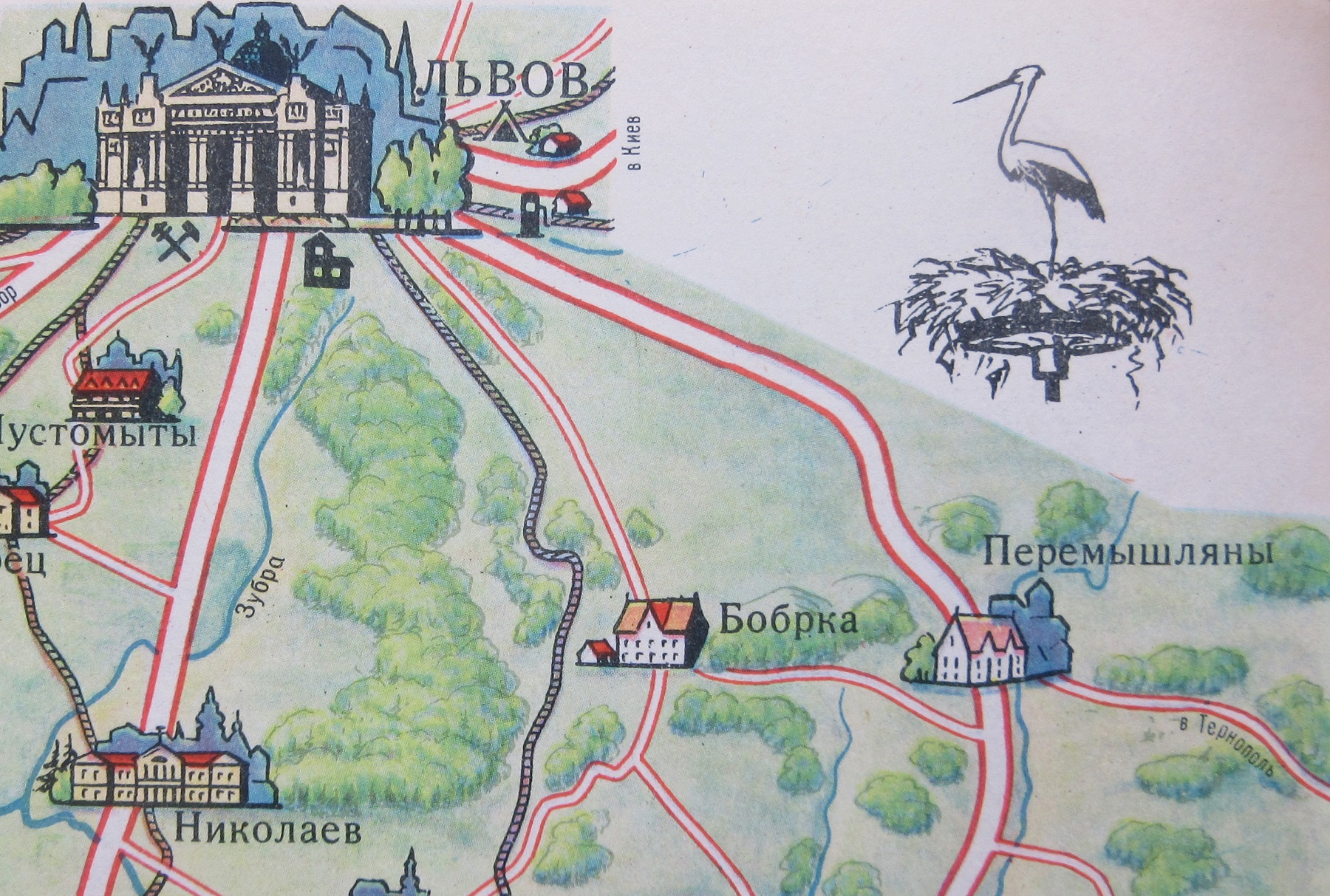 The map is part of a series, the Bodleian also has a version going from Moscow to the Trans-Carparthian region of Ukraine. This follows the same design as our featured map (including the lovely picture of the crane shown here) but does include a warning to the perils of the road. 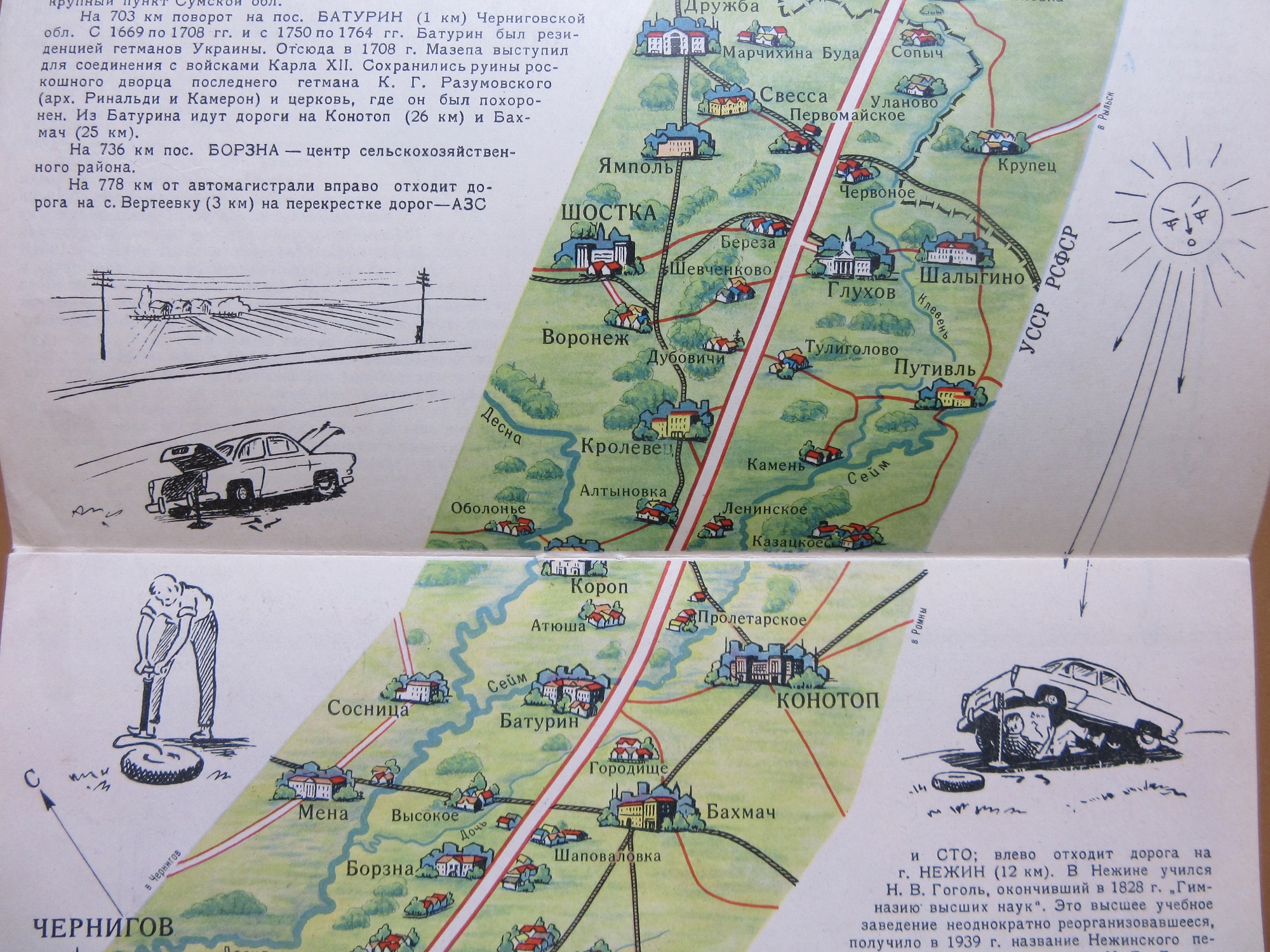 As the introduction says, ‘Traveling by car from Moscow to Simferopol enjoys well-deserved popularity. The route of travel passes along a well-equipped highway, suitable for traffic at any time of the year’. Time for a holiday, mid-60s Soviet style.

If you fancied something a bit more sedate here’s a page from a travel guide to the Oka River, which flows south of Moscow.  All three maps are published by the Main Directorate of Geodesy and Cartography of the State Geological Committee of the USSR.