Most of the blogs here are fairly easy to write. You have the map, you have enough knowledge to write about the map, and if not books in the library will help. Occasionally you start looking into something where one clue leads to another, where one name stands out or where something doesn’t seem right.

This seemingly innocent small atlas , with three maps from the U.S. Geological Survey at 1:125,000, looks at first glance to be a simple presentation to friends. 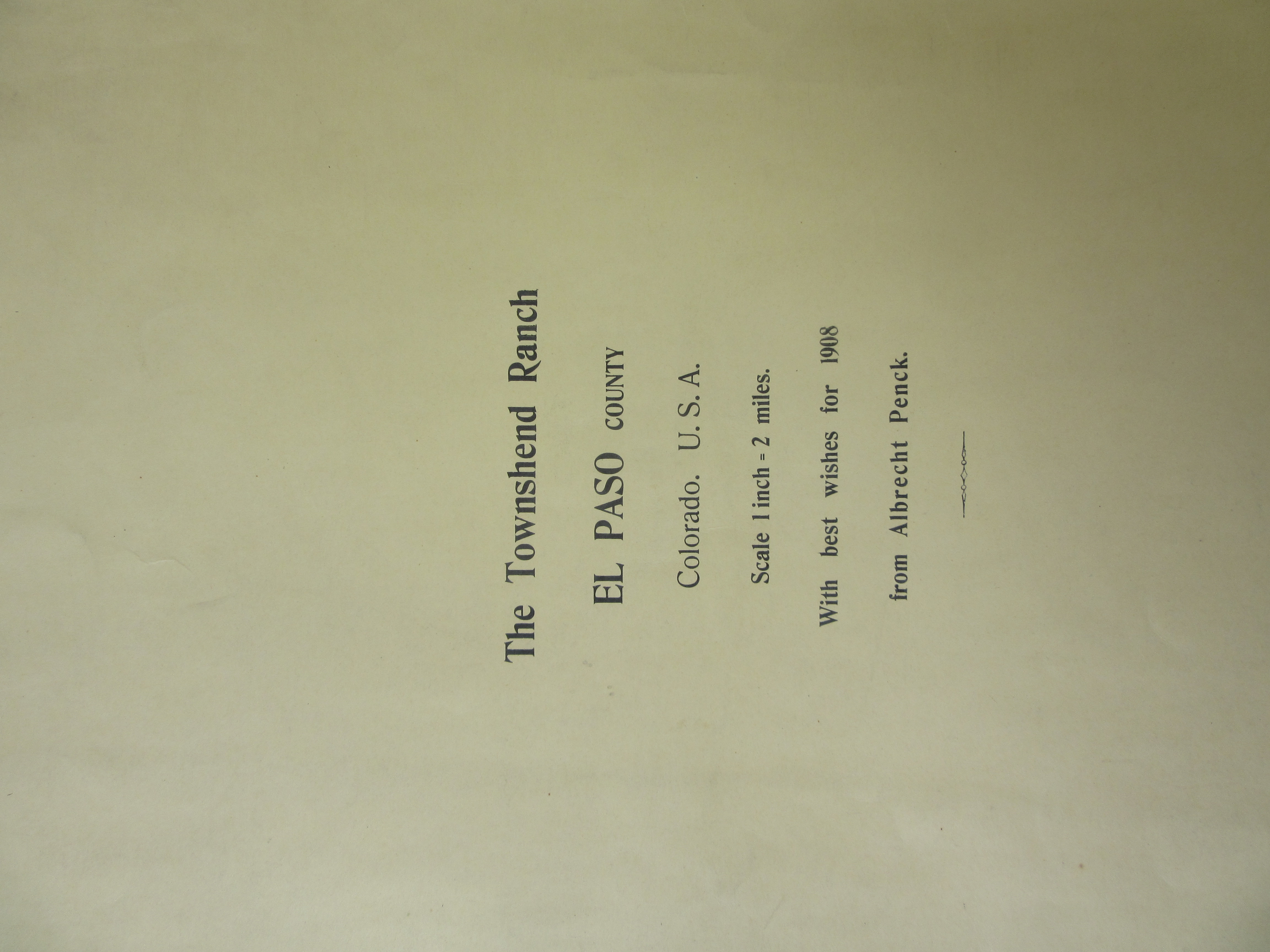 But the dedicator, Albrecht Penck, is a familiar name. Penck was a German geographer and geologist who was the instigator of the acclaimed mapping series the International Map of the World. At the 5th International Geographical Congress in Berne in 1891 Penck proposed that there should be a standard map coverage of scale and design covering the World, and after further discussion in following congress meetings a design and a way of producing the maps was agreed on at the London Congress in 1909. More on the IMW series of maps can be found here

As for why Penck was sending out best wishes from the Townshend Ranch, that is more of a conundrum. He travelled to the United States a number of times but there seems to be no biographical information about a trip to Colorado. The story takes another twist when you look into the Townshend Ranch, which annoyingly doesn’t actually appear on any of the three maps in the atlas, something not helped by the fact that the ranch was by Black Squirrel Creek, and there are a number of different creeks in El Paso County with this name (the extract on the right is just one of two Black Squirrel Creeks on the three sheets in the atlas, Big Springs Sheet, Colorado, 1:125,000 1900). Born in England in 1846 Richard Baxter Townshend emigrated to the United States in 1869, moving around the south west before building a ranch alongside the creek. Townshend returned to England after making money in the States, married and eventually got a tutor’s position in Wadham College, across the road from the Bodleian here in Oxford. He wrote about his adventures in ‘Tenderfoot in Colorado’, first published in 1923.

The maps are published by the United States Geological Survey (U.S.G.S.). The rather bland description ‘U.S. Geological Survey, J.W. Powell, Director’ doesn’t do justice to a remarkable man. Born in New York to English parents Powell had explored most of the major rivers of the Eastern United States before signing on as a cartographer and engineer with the Union army in 1861. During the Battle of Shiloh the following year his right arm was blown off, making his subsequent achievement of being the first man to sail down the Colorado and Green Rivers, passing through the Grand Canyon on the way, even more remarkable. 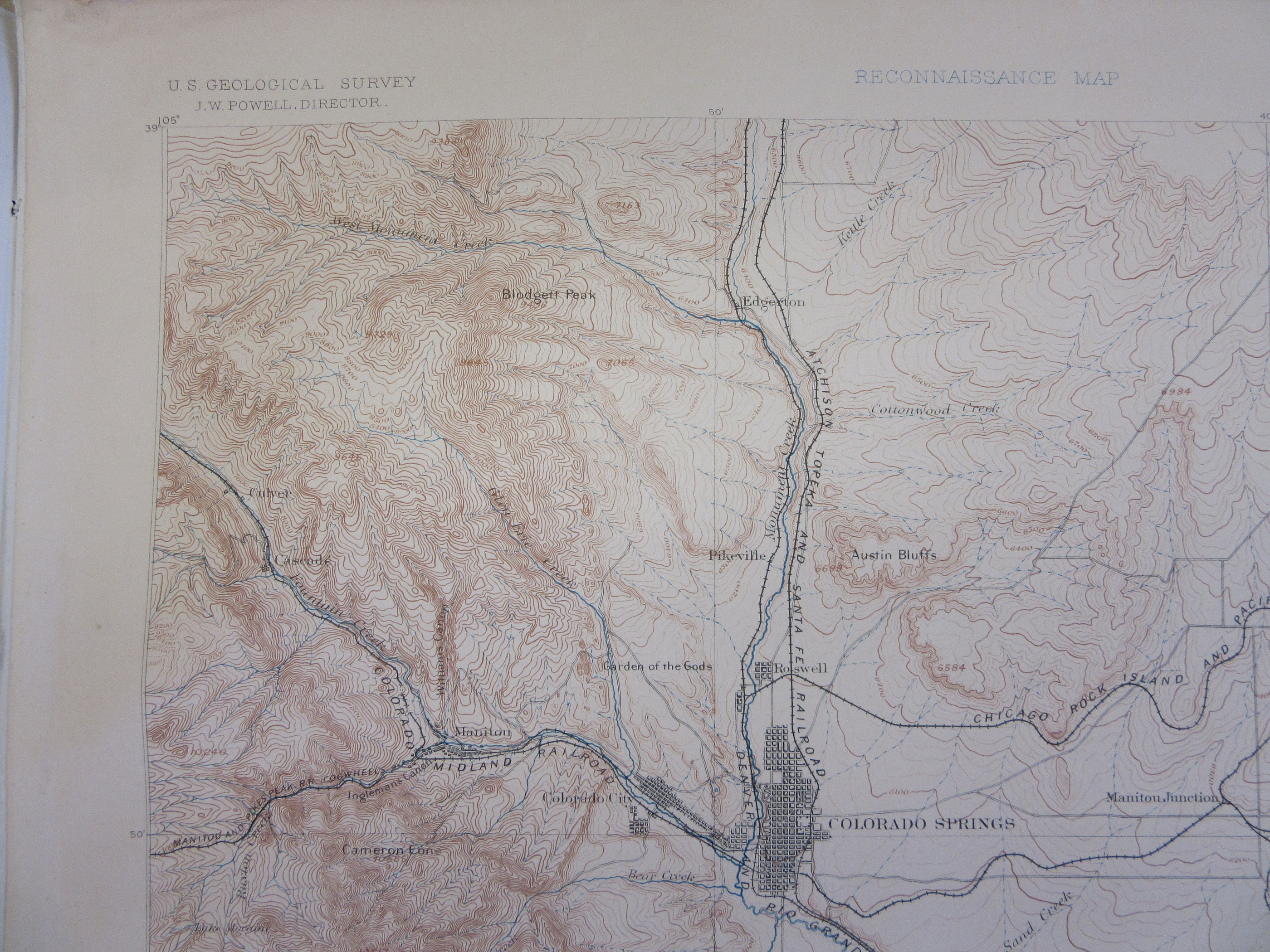 Townshend’s story didn’t end there though, as his name continues to ring out every time the ‘Enigma Variations’ is played. Townshend was a close friend of Edward Elgar, who dedicated the third of the Variations to ‘R.B.T.’ 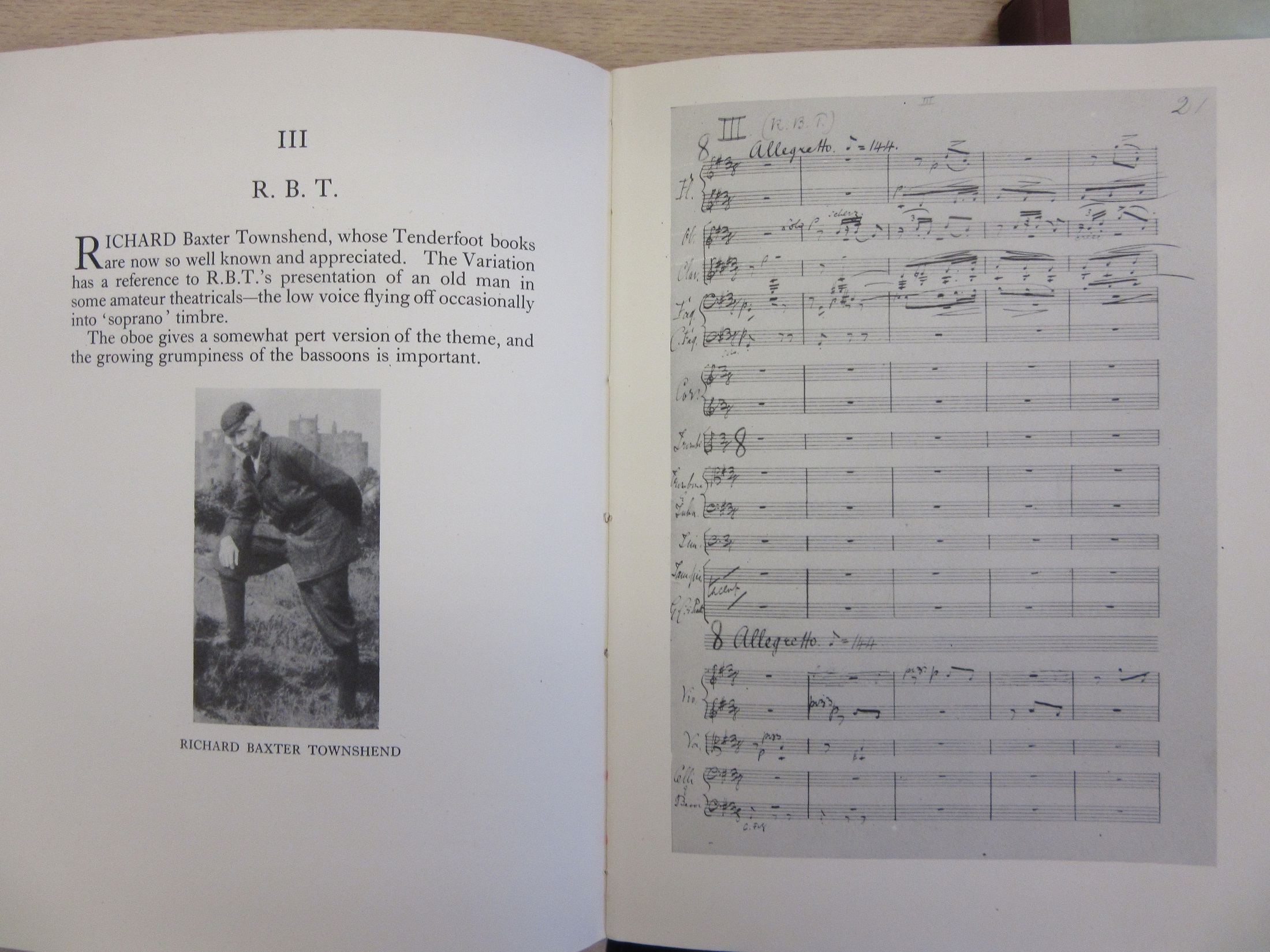 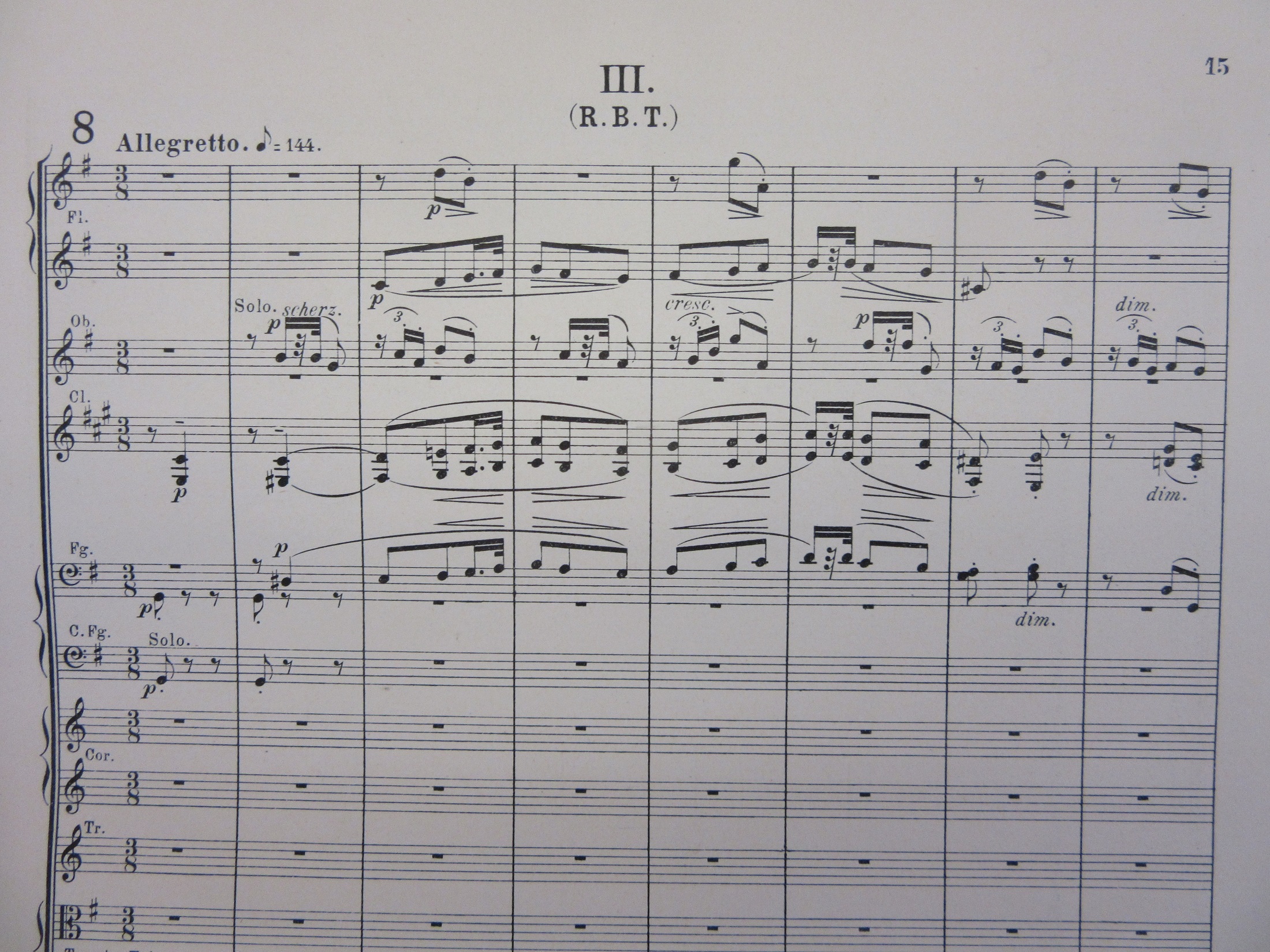 The first of these next two images comes from ‘My friends pictured within‘ by Edward Elgar, (17402 d.799) which shows the people Elgar dedicated the different variations to. The second image is the start of the score to variations No. 3, dedicated to R.B.T. This is from the first published copy of the score from 1898 (Mus 221 c.40)*.

One thought on “When one name leads to another”