The Teberda Nature Reserve is one of the most visited reserves in all of Russia, which is pretty impressive considering how far south it is, down on the Georgian border. Located on the slopes of the Caucasus Mountains it’s a suitable hilly environment, as can be seen on this wonderful tourist map of the area. 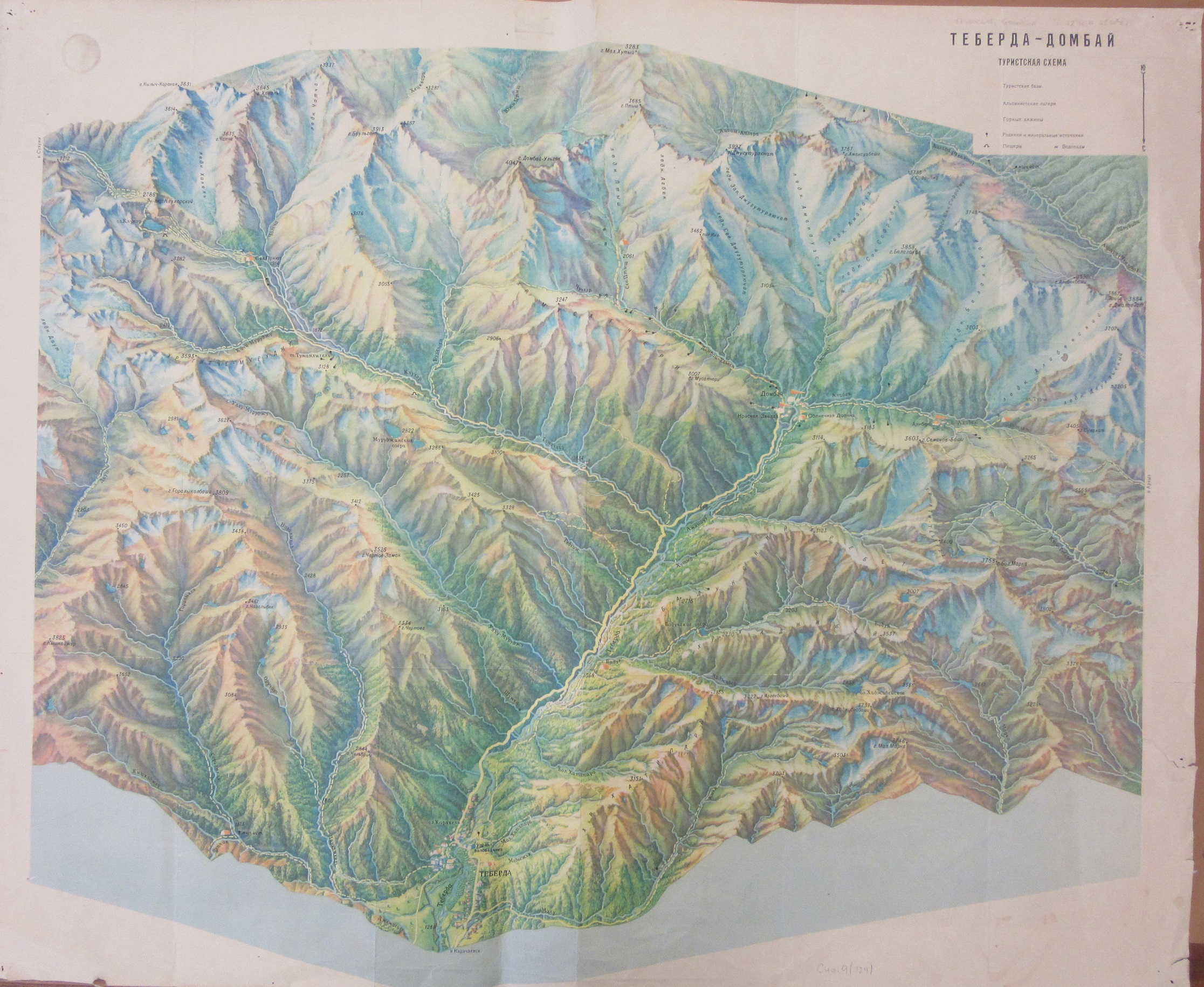 Showing a hilly region pictorially is a common way of drawing maps as it highlights the relief in a more immediate way than a ‘birds-eye view’ (more blogs on relief and pictorial mapping here  here, and here.)

The map is produced by the cartographic division of the Soviet Union, the Glavnoe Upravlenie Geodezii i Kartografii (GUGK). You’d imagine something state run in a Soviet society to be an unimaginative organization producing efficient but dull maps. With the GUGK this couldn’t be further from the truth, their use of bold colouring and uniform text styles make their maps instantly recognizably while at the same time both informative and aesthetically pleasing, and the Teberda map is a case in point. The map has been made with south at the top, this has enabled the cartographer to show off the region and hills to its best advantage, a decision no doubt influenced by the way the hills, especially those to the west and north of the valley floor, all seem to come towards the viewer, while at the same time giving a clear view of the main north-south road system between the two main resorts (Teberda at the bottom and Dombay towards the top right). The soft pastel colours and clever use of occasional shading give a sense of altitude and also, in the higher points, a hint of snow. 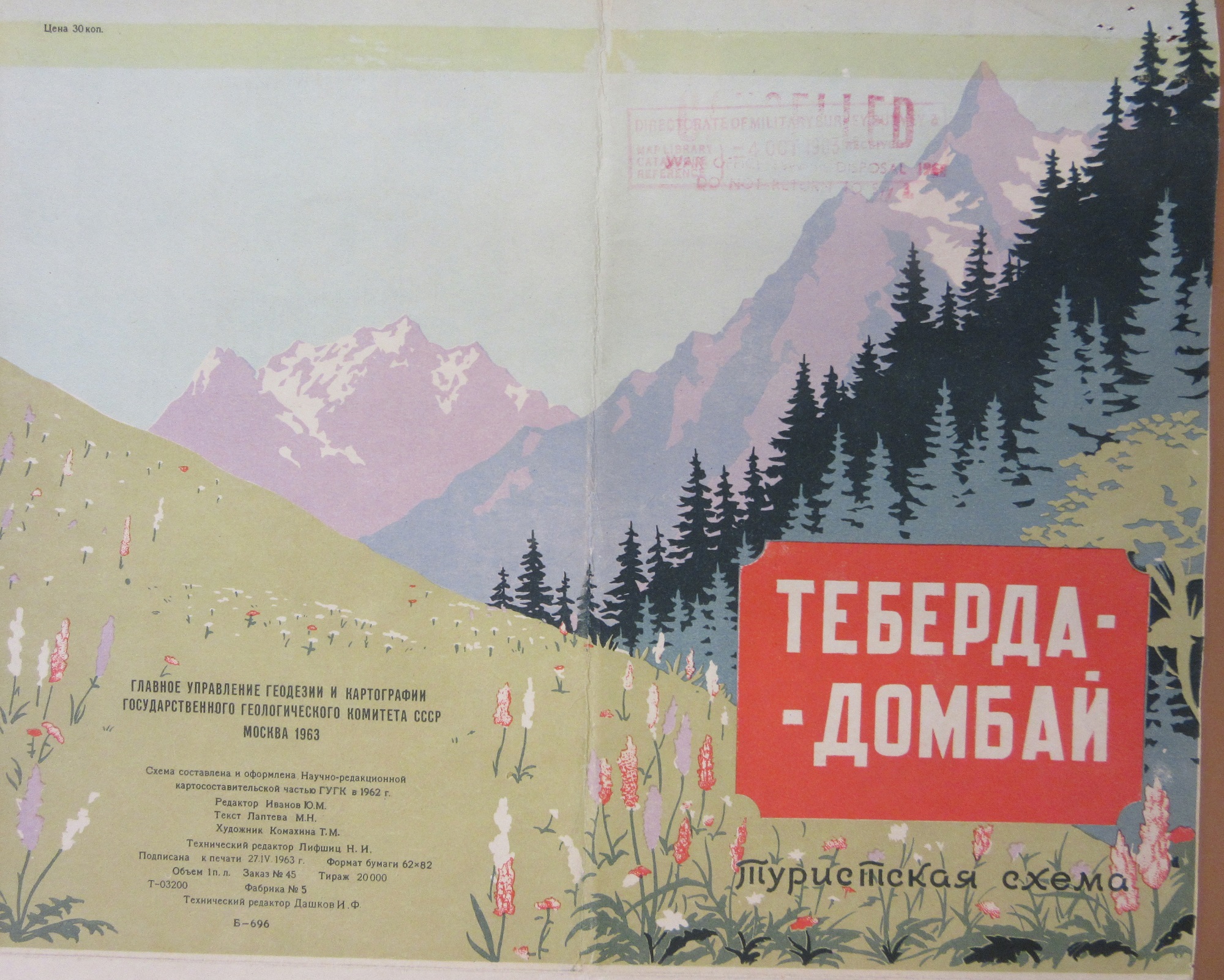 On the reverse of the map is text about the region and a panorama of the higher mountains found at the top right of the main map. There’s also a lovely cover, highlighting the mountainous landscape along with the beauty on show.