The recent changes to the Highway Code set us thinking about the origin of cycling maps and their development. We have maps going back to 1887 but cycling routes were described purely by text earlier than that with this Walks in Epping Forest. A handbook to the forest paths with cycling and driving routes dating from 1885. 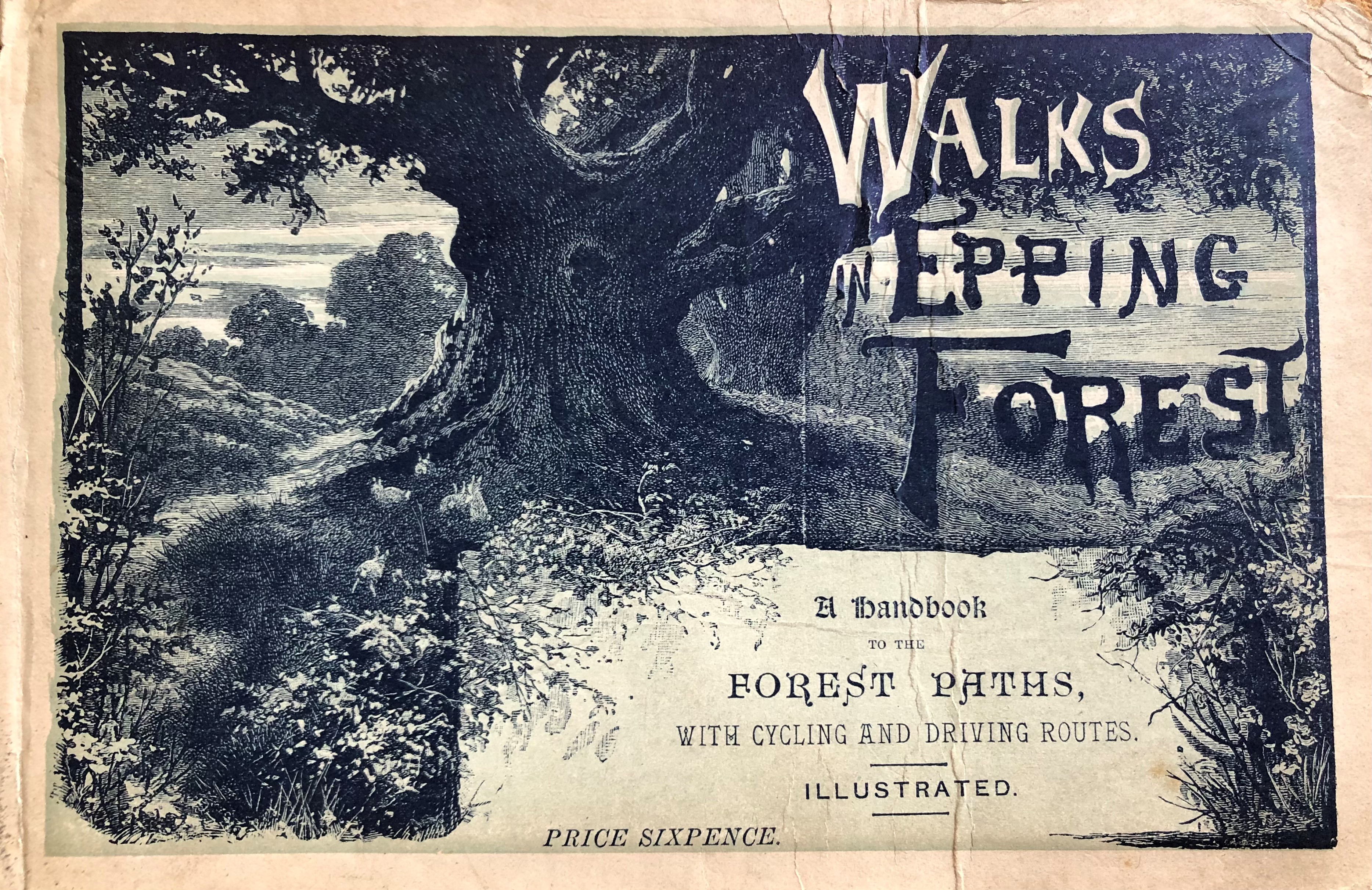 They still hadn’t really got into their stride twenty years later with this account of a route from Witney to Charlbury indicating the amount of puff require by the use of manicules. 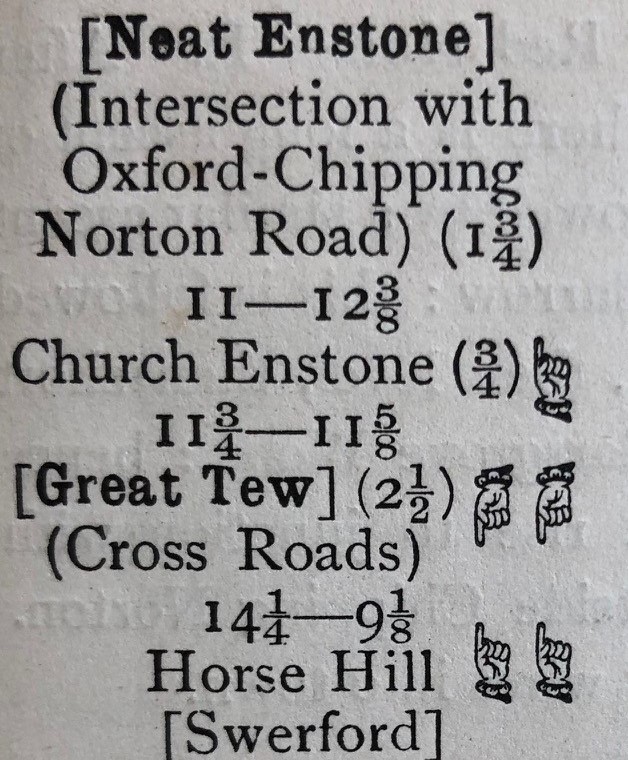 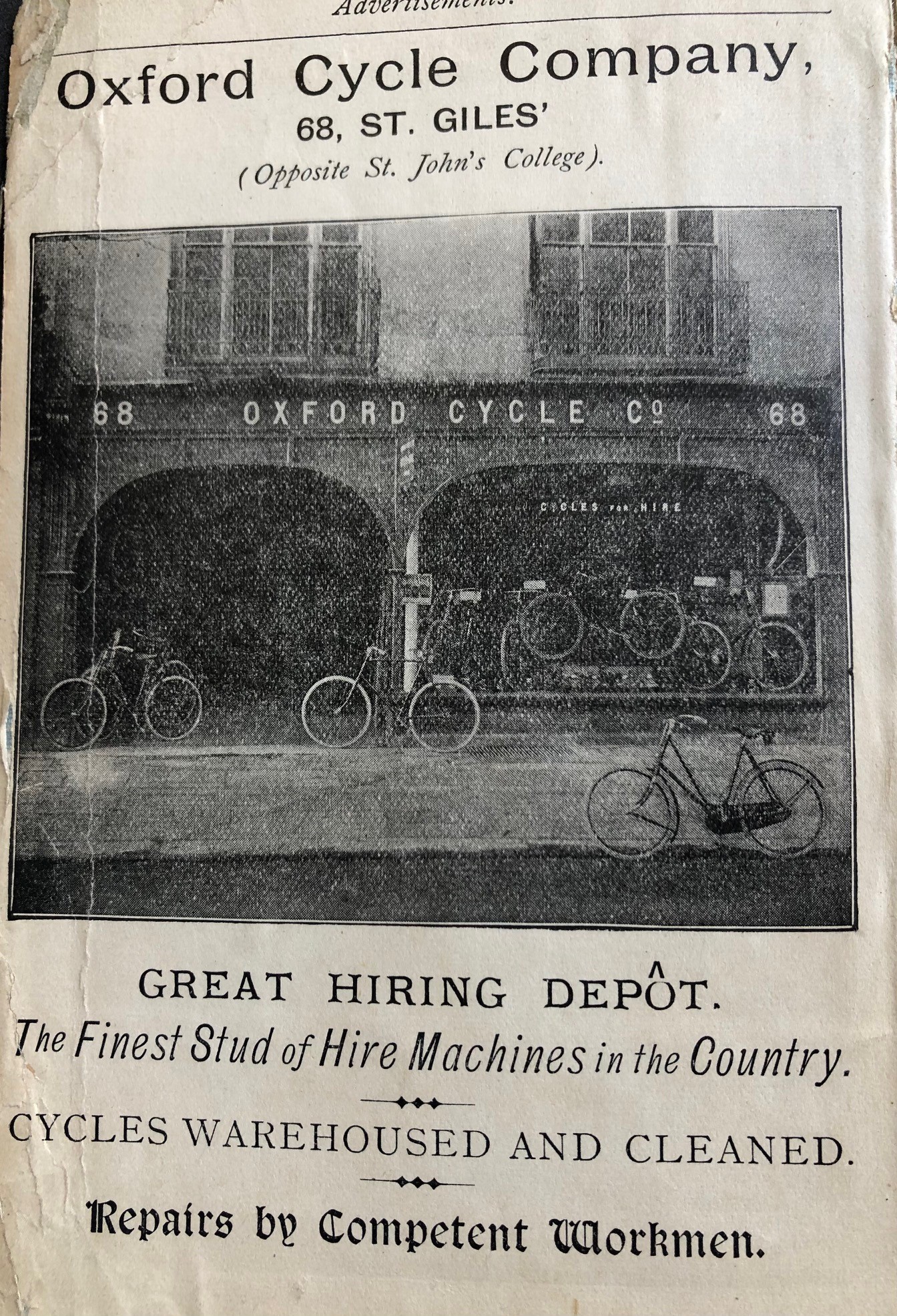 Interestingly, early advertisements for cycle hire and repair used the language associated with horses; ”warehoused and cleaned” could easily have been “stabled and groomed”. The maps being sold for cycling just showed main roads – which with the absence of many cars were sufficient.

This is map by Mason & Payne shows routes suitable for cycling in 1888 but today they are mainly major A roads with many being dual carriage ways, not really conducive for a pleasant ride through the country. 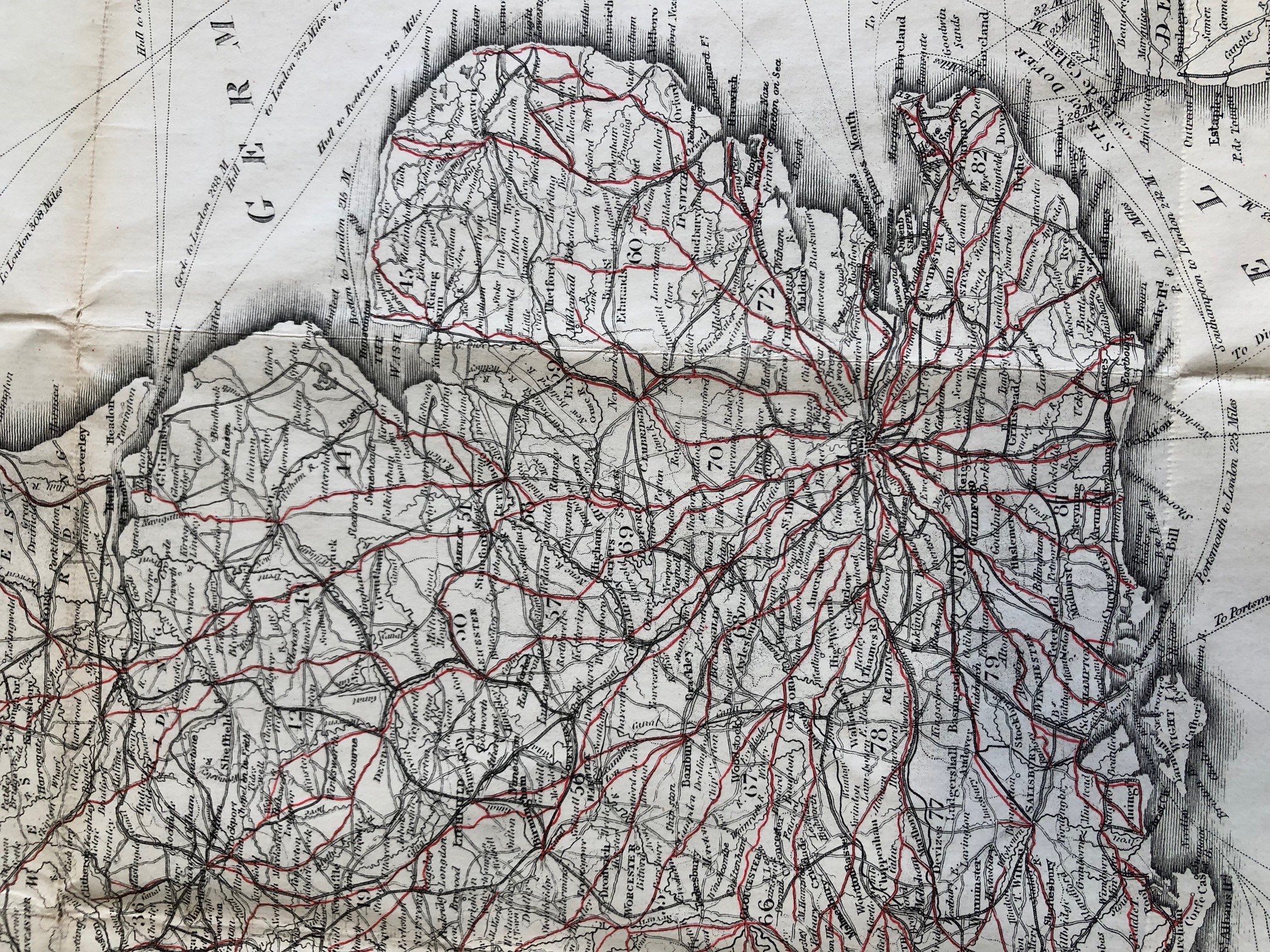 Many did not show relief, rather crucial for a cyclist, but this Bacon’s Cycling Map does show generalised relief in the form of hachures but also railway stations to facilitate cycle touring. 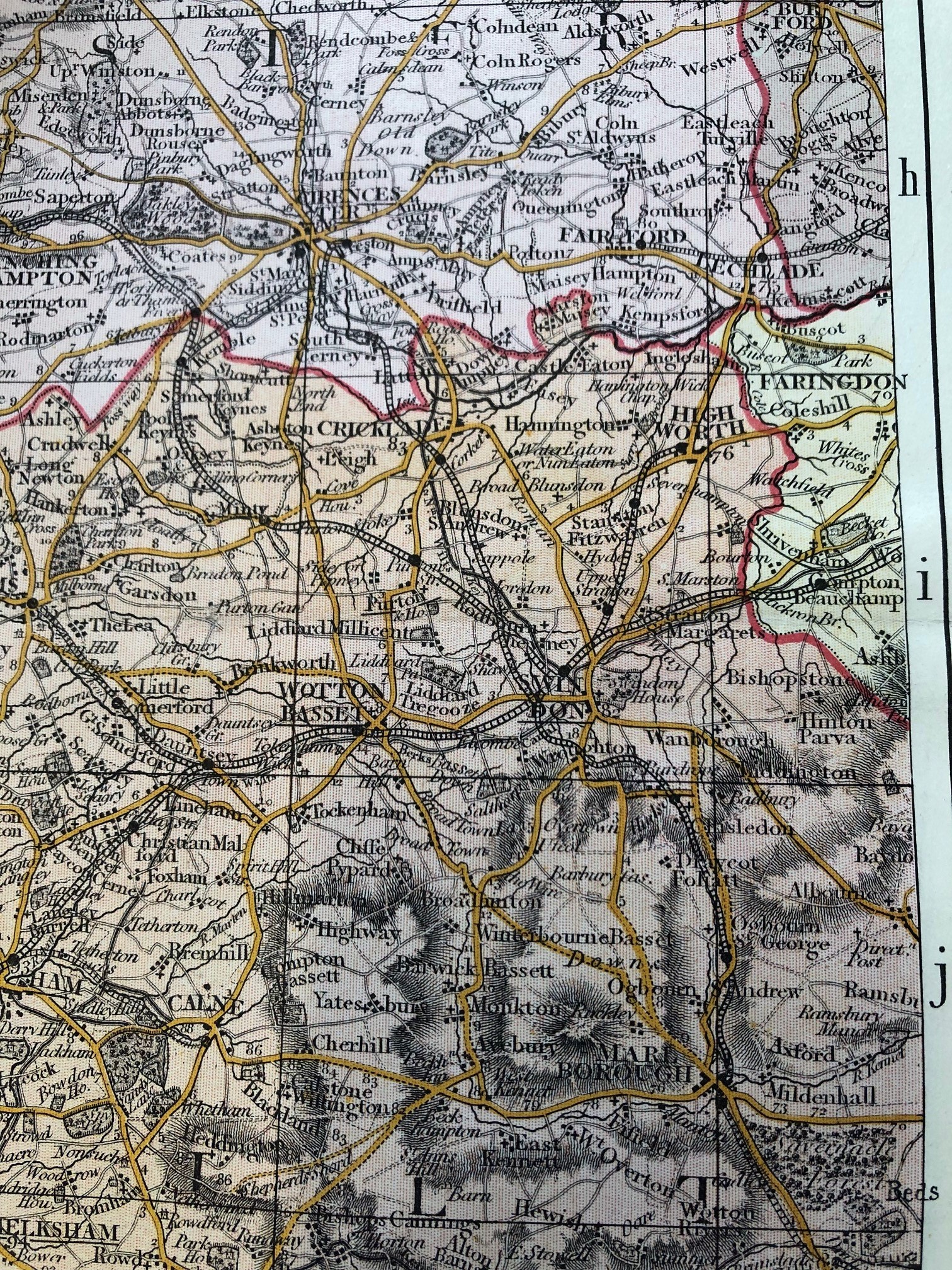 Cycling as a hobby has increased especially in recent years but modern maps and apps are very different from those early examples.  Cycle information is generally overlaid on to a topographic background usually in layers showing you what to expect every metre of the way.

The same route is shown thus 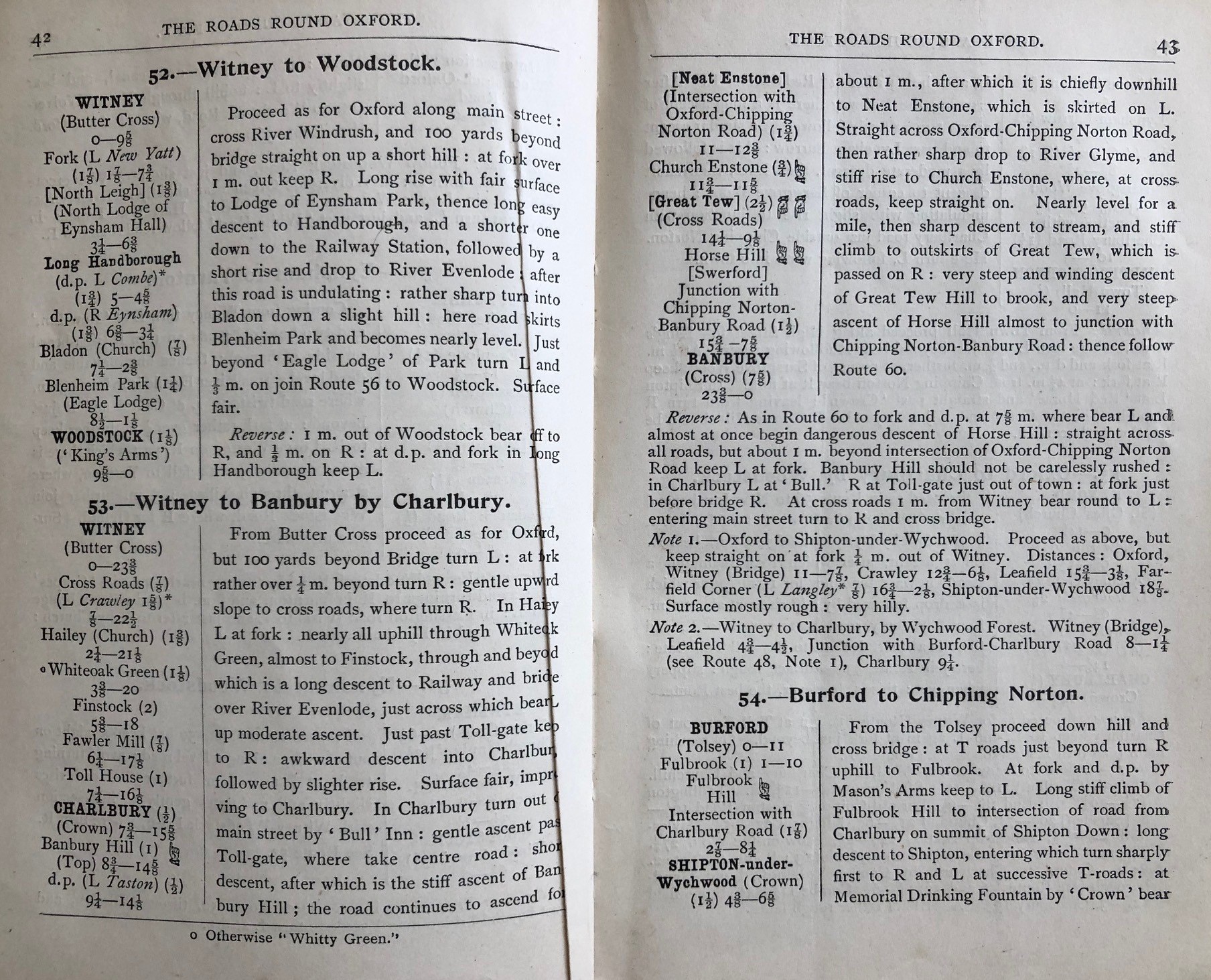 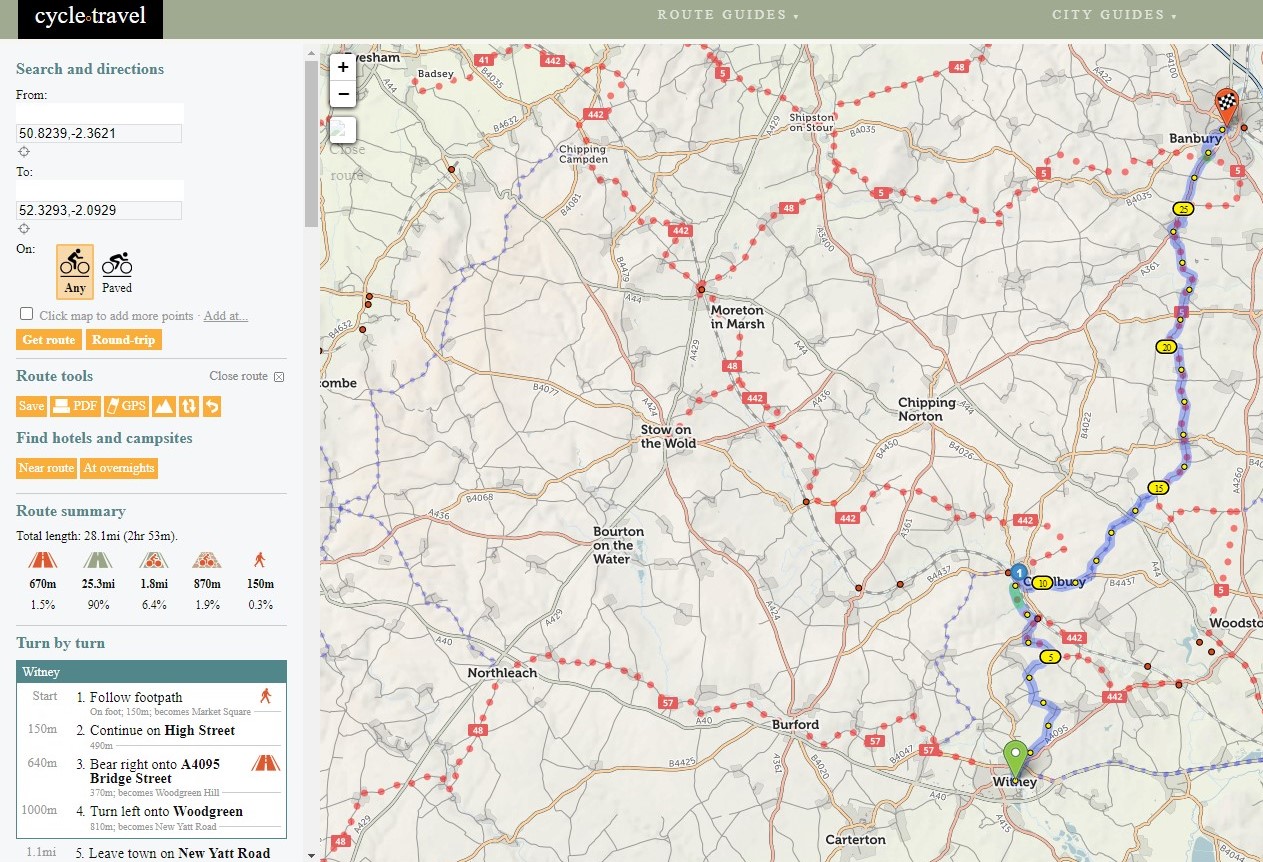 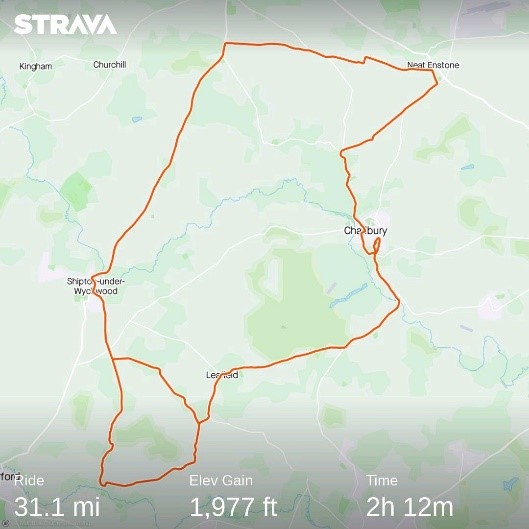 Unlike Bacon’s map, it is quiet roads and cycle tracks that are highlighted and sought out to make any expedition safer and more enjoyable. All sorts of analysis and interactive data is also available at the swipe of a finger and there is a sharing element promoting online competition rather than just the satisfaction of making it to the pub at the end first. 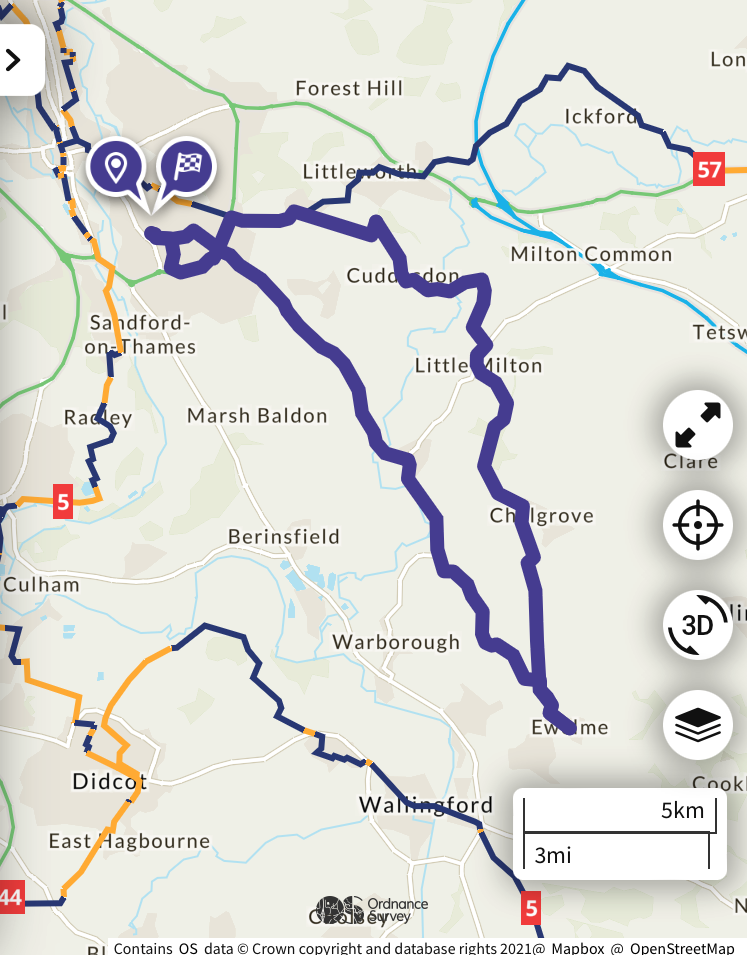 What probably hasn’t changed is the search for relief from any cycling-induced injuries or soreness as this early advertisement shows. 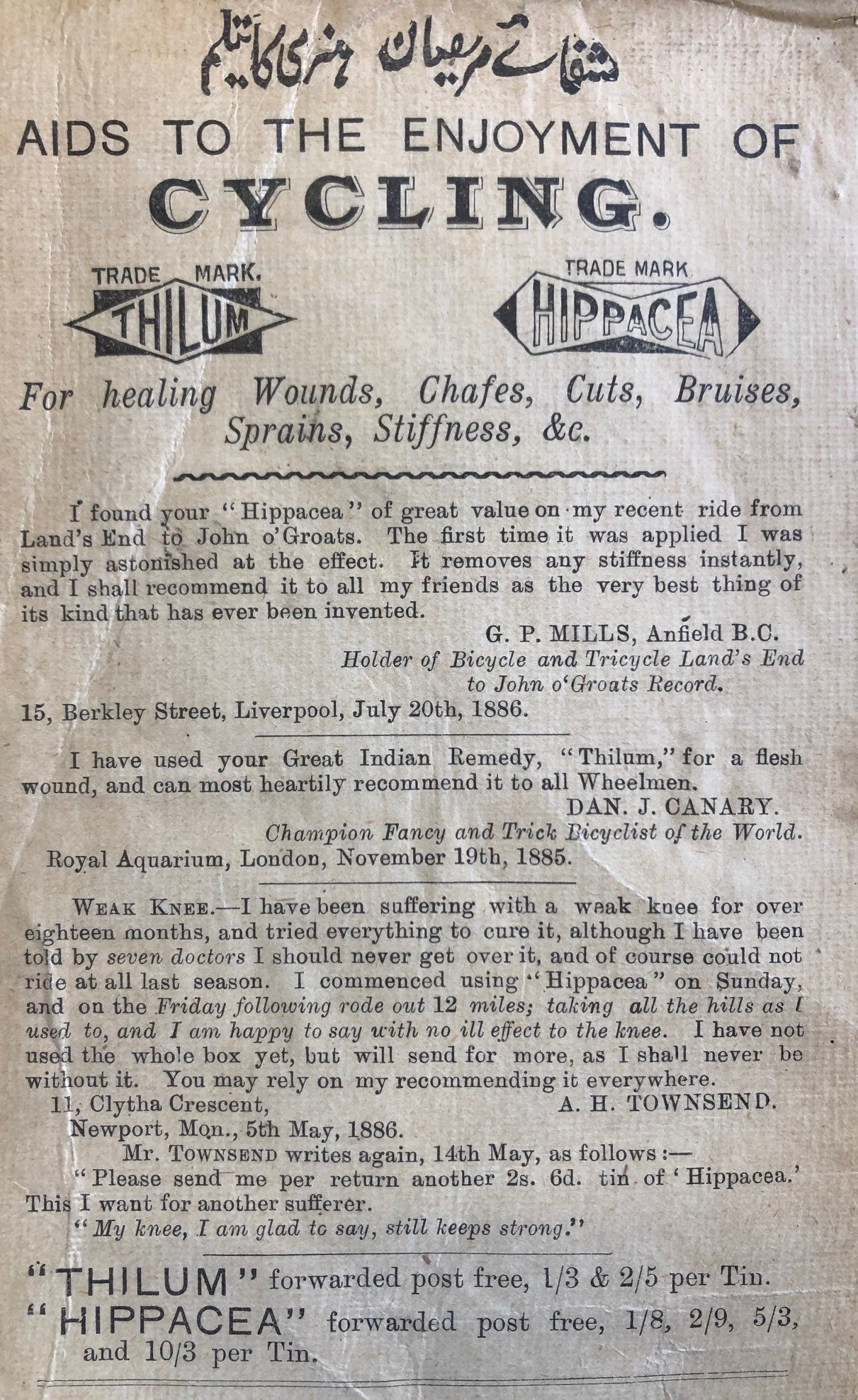 Witney to Banbury courtesy of cycle.travel.co.uk