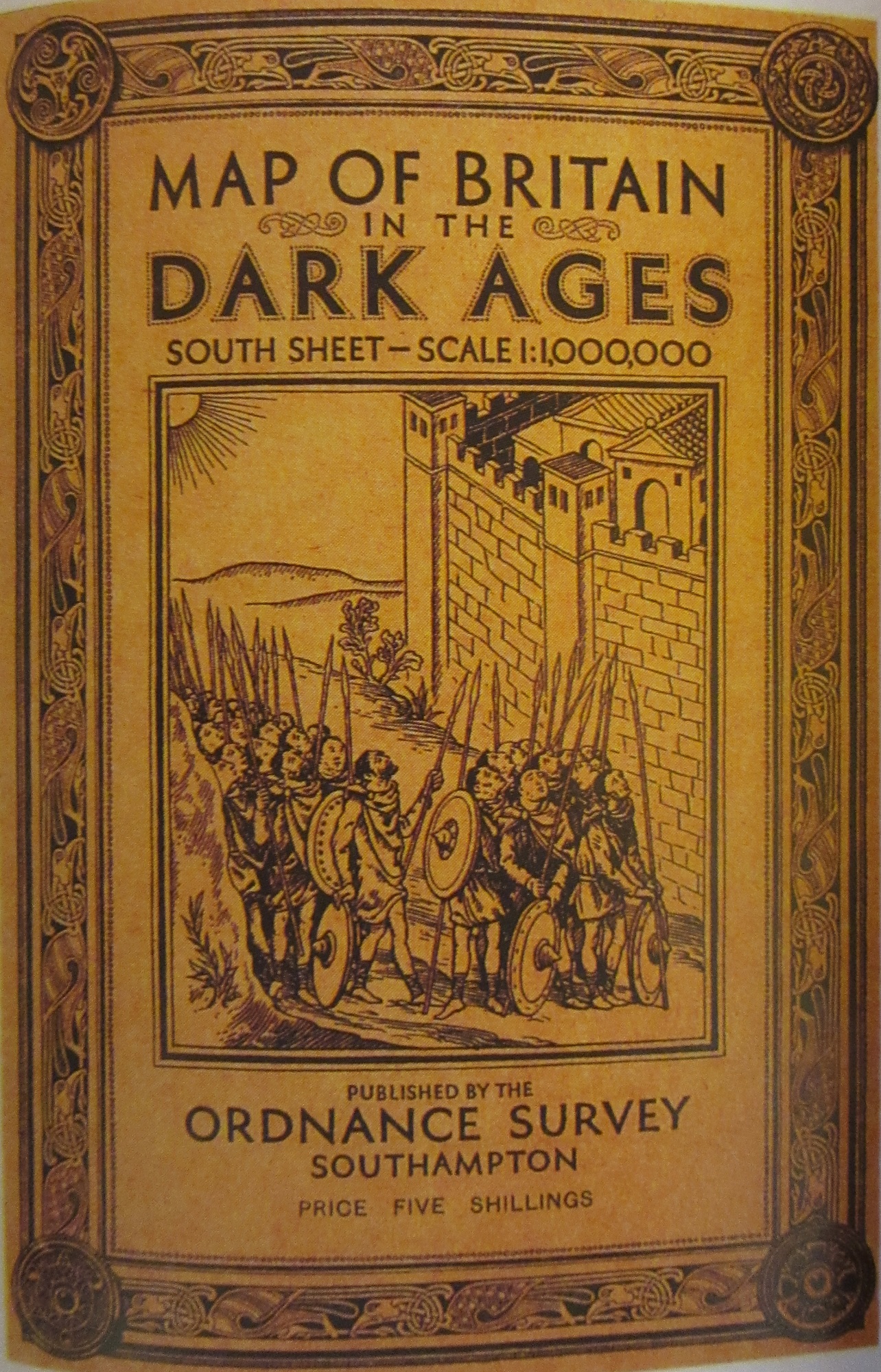 The Ordnance Survey are justifiably famous for the Explorer and Landranger maps that guide us on so many walks and journeys.  They have also, for the last 100 years, produced specially themed historic mapping. The first was a map of Roman Britain in 1924, soon followed by maps of XVII Century Britain and the one featured in this blog, Britain in the Dark Ages. All the maps had text attached and all featured beautiful covers designed and drawn by Ellis Martin, an artist working for the Ordnance Survey who has featured a number of times on our blogs (here, and here)

The library has acquired some old pre-publication material from the Ordnance Survey via a recent donation of maps. Along with some surveyor drawings there are a number of early attempts in design for these historical maps, most show markings where errors have been made but this early attempt at the Dark Ages map took us by surprise. It isn’t hard to see why this was rejected and a whole new design sold to the public instead. 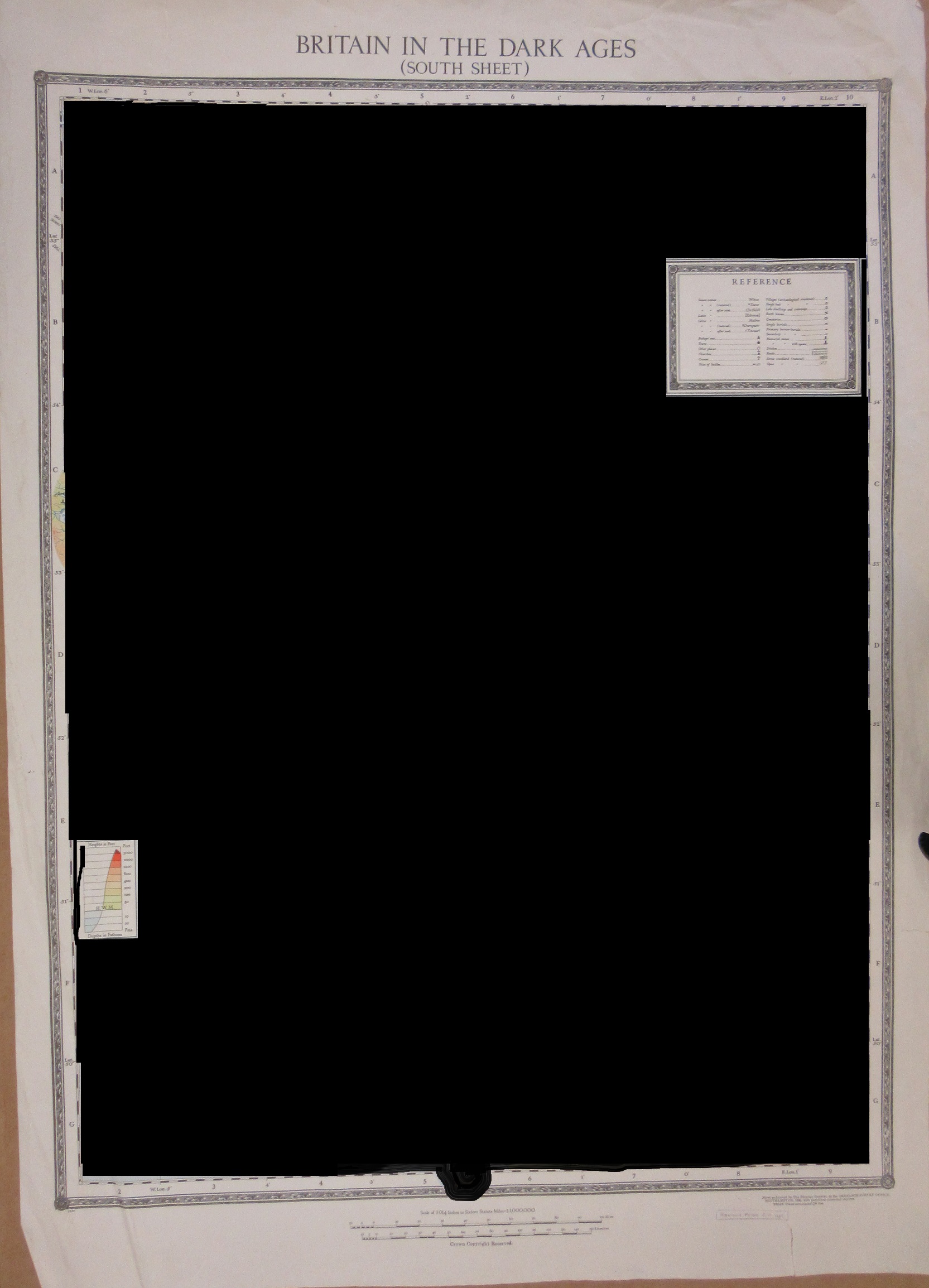