5. [April, 1722]. Saw a turtle, floating weed, and birds. About the 10th glass in the afternoon watch the African Galley, which was sailing ahead of us, lay to wait for us, making the signal of land in sight…a low flatish island lying away to starboard, about 5 1/2 miles off…and to the land the name of Paásch Eyland, because it was discovered by us on Easter Day.

This extract from the log of Mynheer Jacob Roggeveen dated the 5th of April 1722 describes the first sighting by Europeans of one of the most intriguing as well as isolated lands in the World, Easter Island, Rapa Nui, the Navel of the World (Te pito o te henua). The nearest inhabited land, Pitcairn Island is over a thousand miles away, mainland South America over two thousand. Easter Island is very remote, making the journey there by the original Polynesian explorers  all the more remarkable (there is some doubt as to when this was, with some believing it to be as early as 800, others as late as 1200, roughly the same time that New Zealand was first populated). 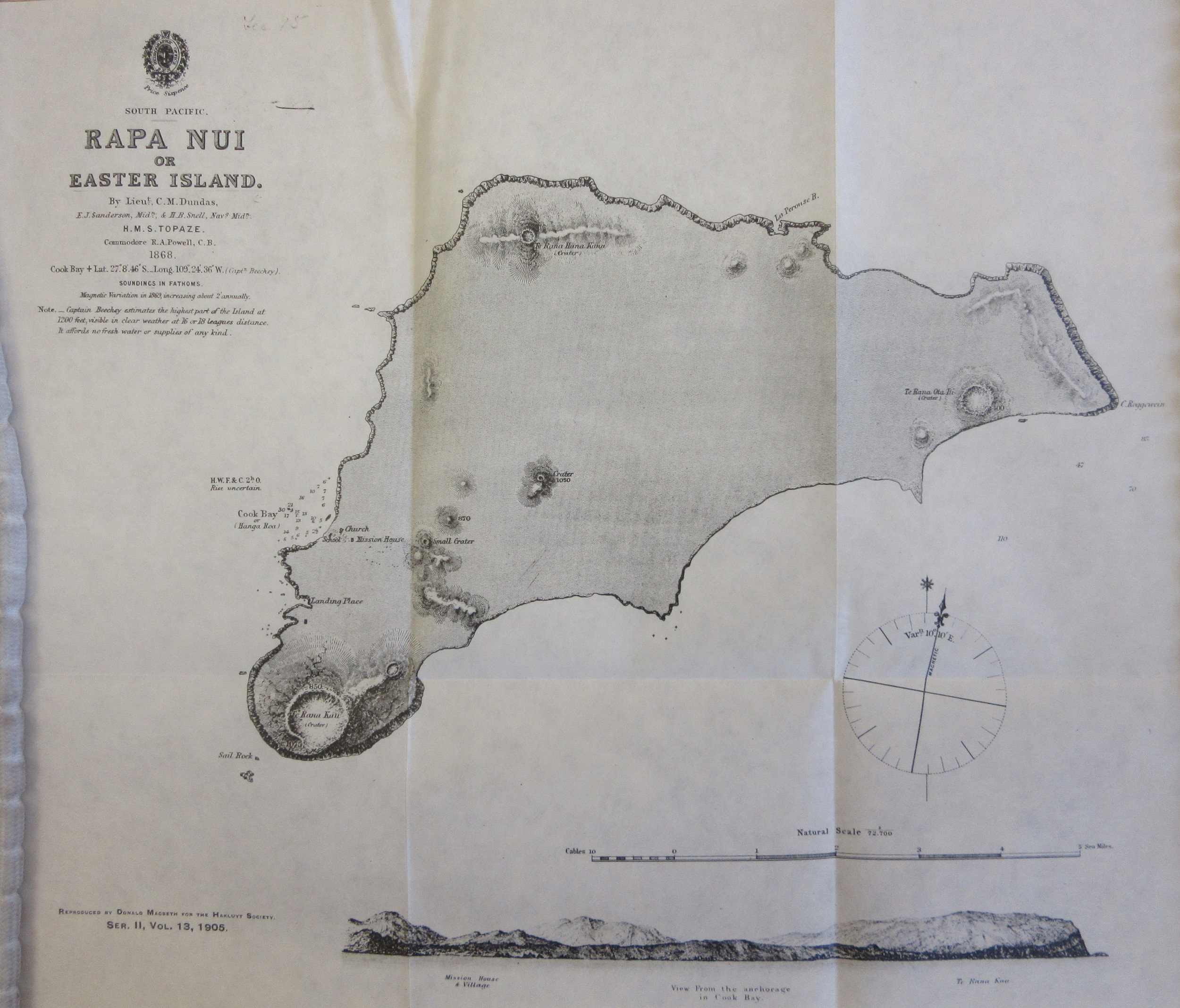 This copy of an admiralty chart from the Hydrographic Office of the British Navy dates from 1868, and gives no indication of the mysterious stone monuments found on the island, unlike this earlier map which comes from the voyages of Captain Don Felipe Gonzalez, in the ships San Lorenzo and Santa Rosalia. Gonzalez named the island San Carlos, and drew both the map after taking soundings and also the perspective, including some of the statutes, the Maoi,  the ‘ídolos uamados moay’. The letters off-shore on the smaller plan relate to the make-up of the sea bed. 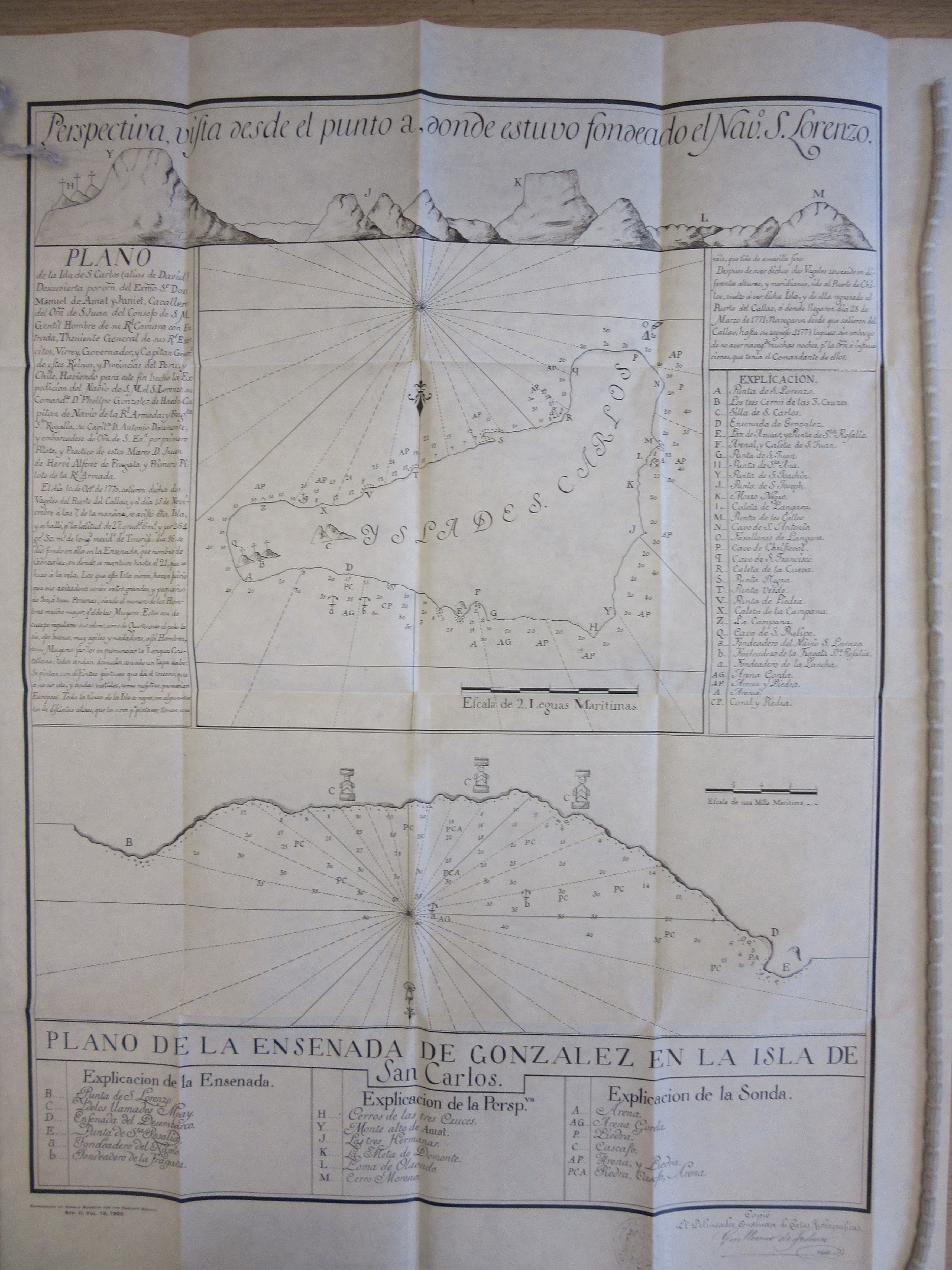 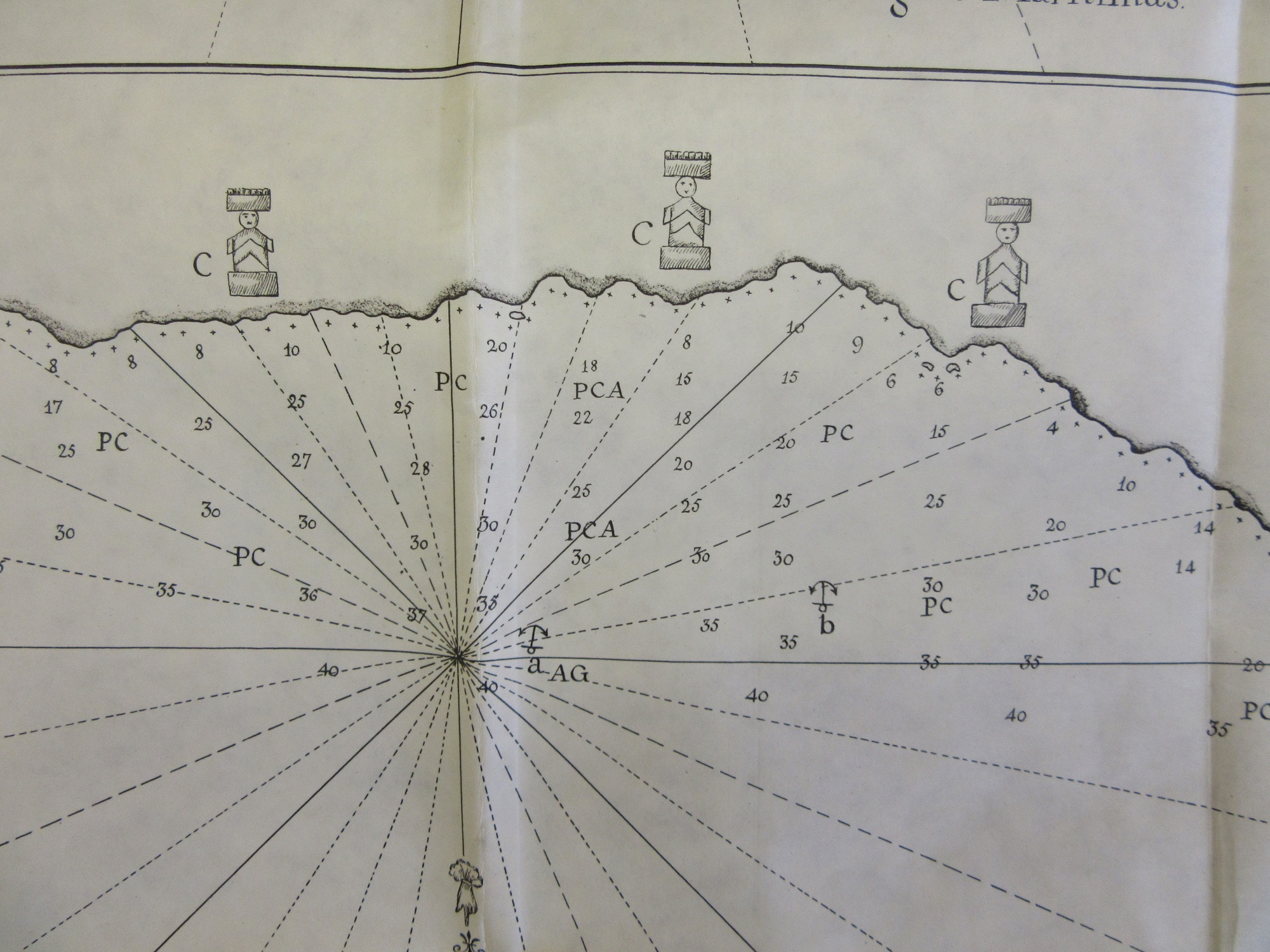 These maps come from a remarkable collection of reproductions of original books on early exploration and travel published by the Hakluyt Society. Formed in 1846 and originally intended to be called the Columbus Society at the first meeting it was decided that Sir Richard Hakluyt (1552-1616), a writer and collector of travellers tales, better reflected the goals of the Society. The first chairman was the famous geologist Sir Roderick Murchison. This image shows Roggeveen measuring one the Maoi, one of the 887 listed either on the island or in museums throughout the World. 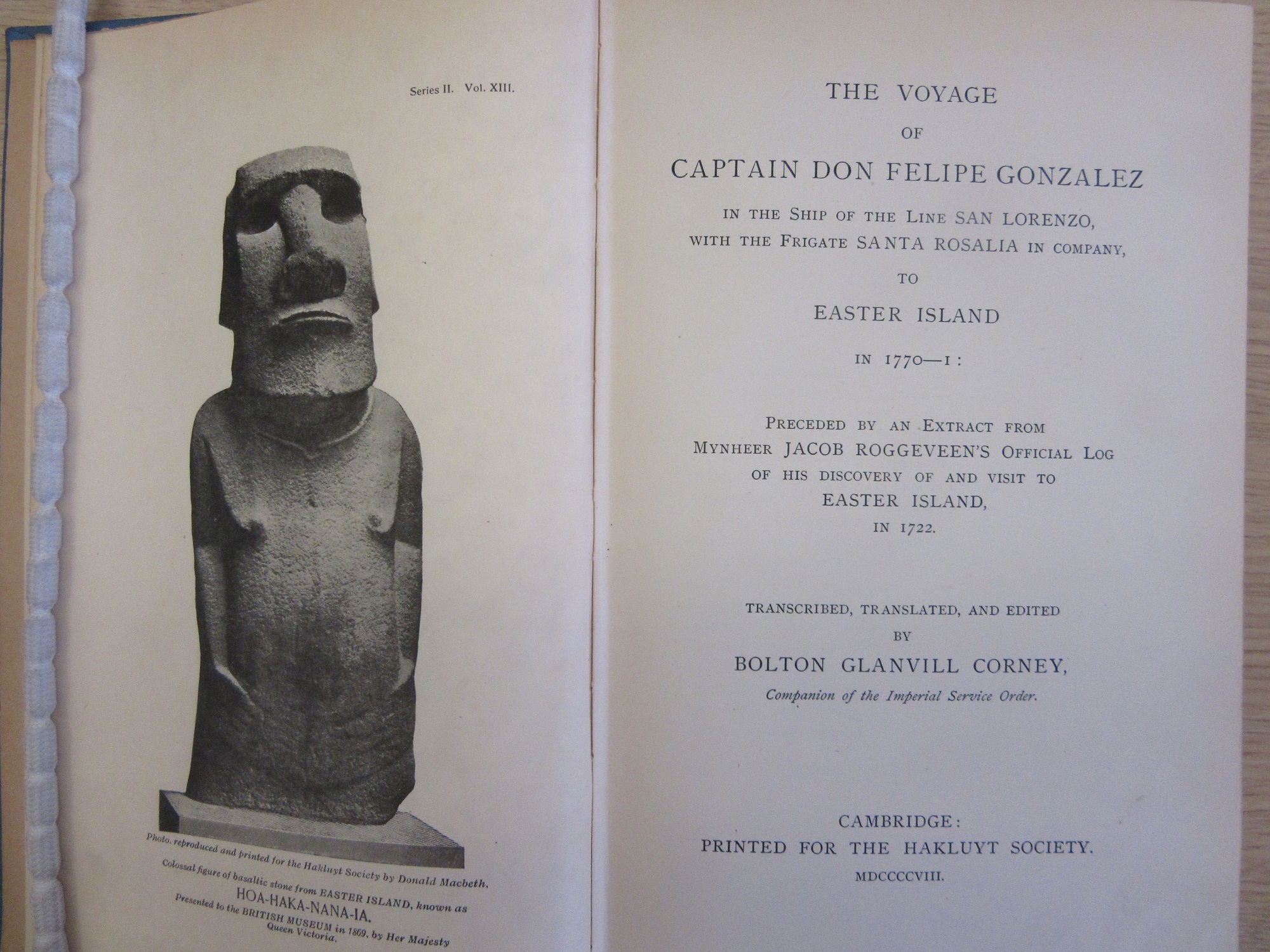