Location names get repeated throughout the World. Old and New York, Egyptian and Elvis Memphis, the list goes on and on. No one pair or group can have such a distance between them, and such a difference in what they are, as the Milky Way. 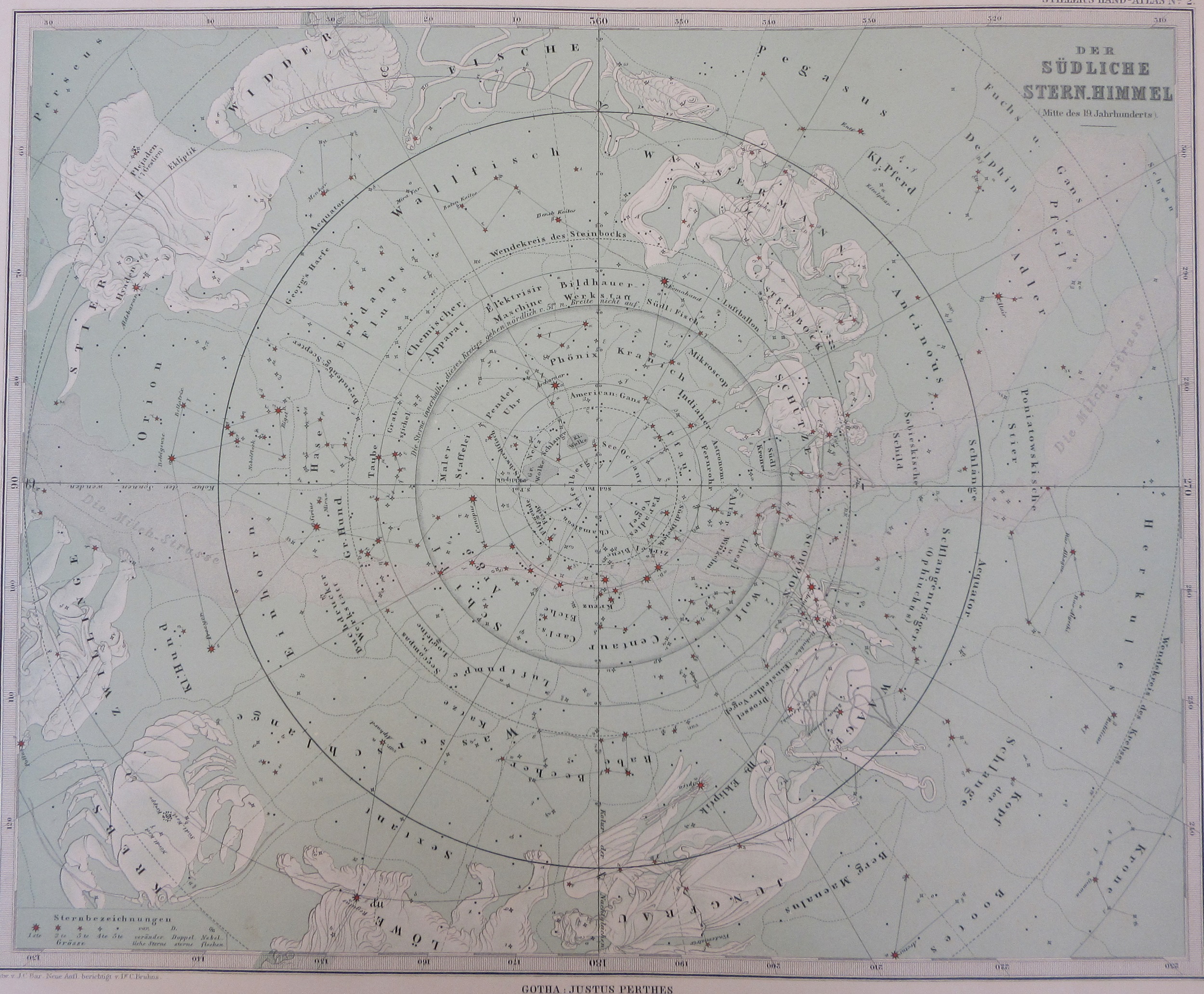 The Milky Way is one part of the Spiral Galaxy that includes our Solar System. Stars in their billions, so numerous that they appear as a river of milky light in the night sky. It is thought that there are as many planets as stars amongst the light. As with everything in the Universe size and distance defies belief, the width of the Milky way visible from Earth is 1000 light years across (light travels at 186,282 miles per second, 299,792 km, so in one year light travels 5.88 trillion miles, 9.46 trillion km. A trillion is one million million). 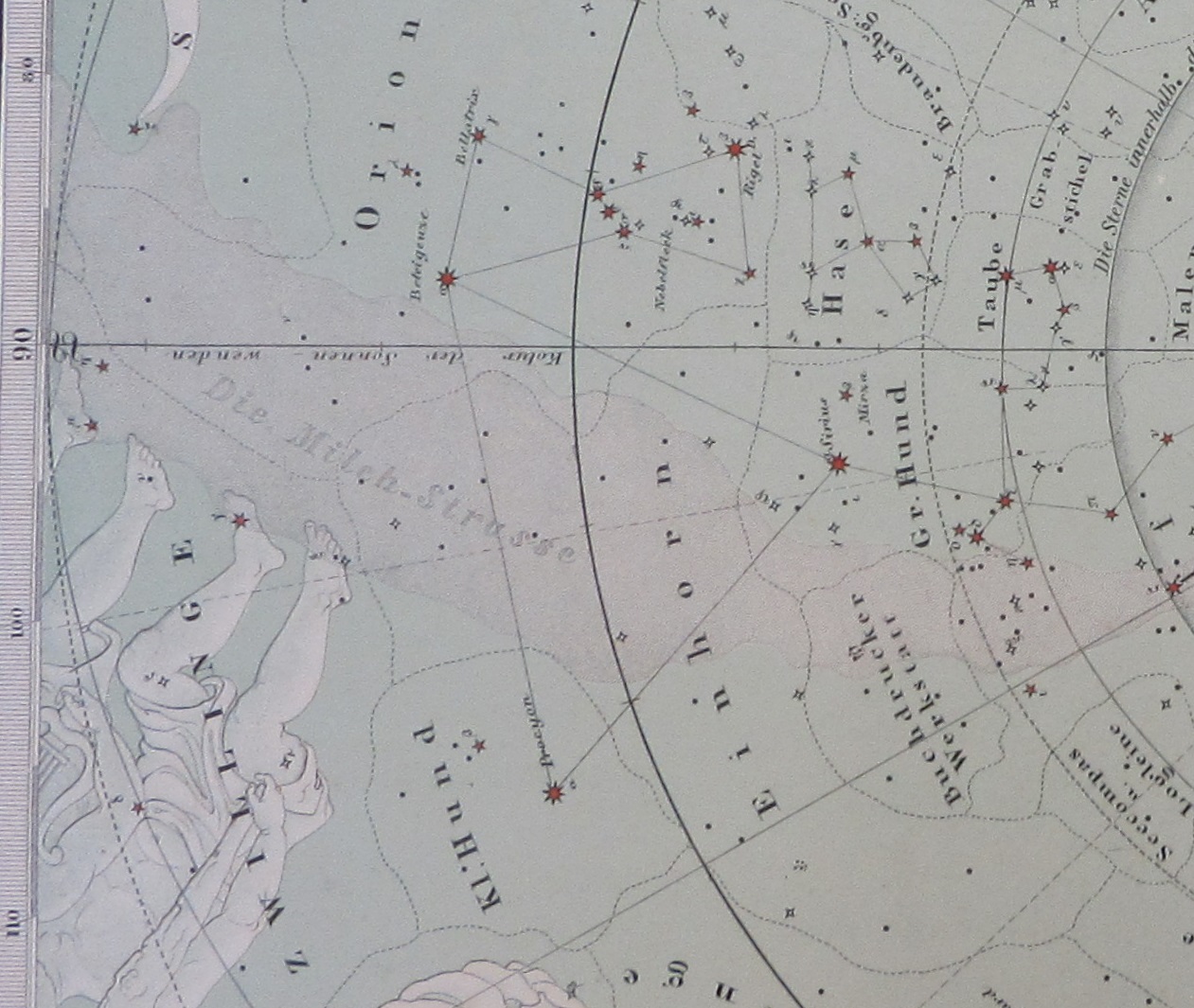 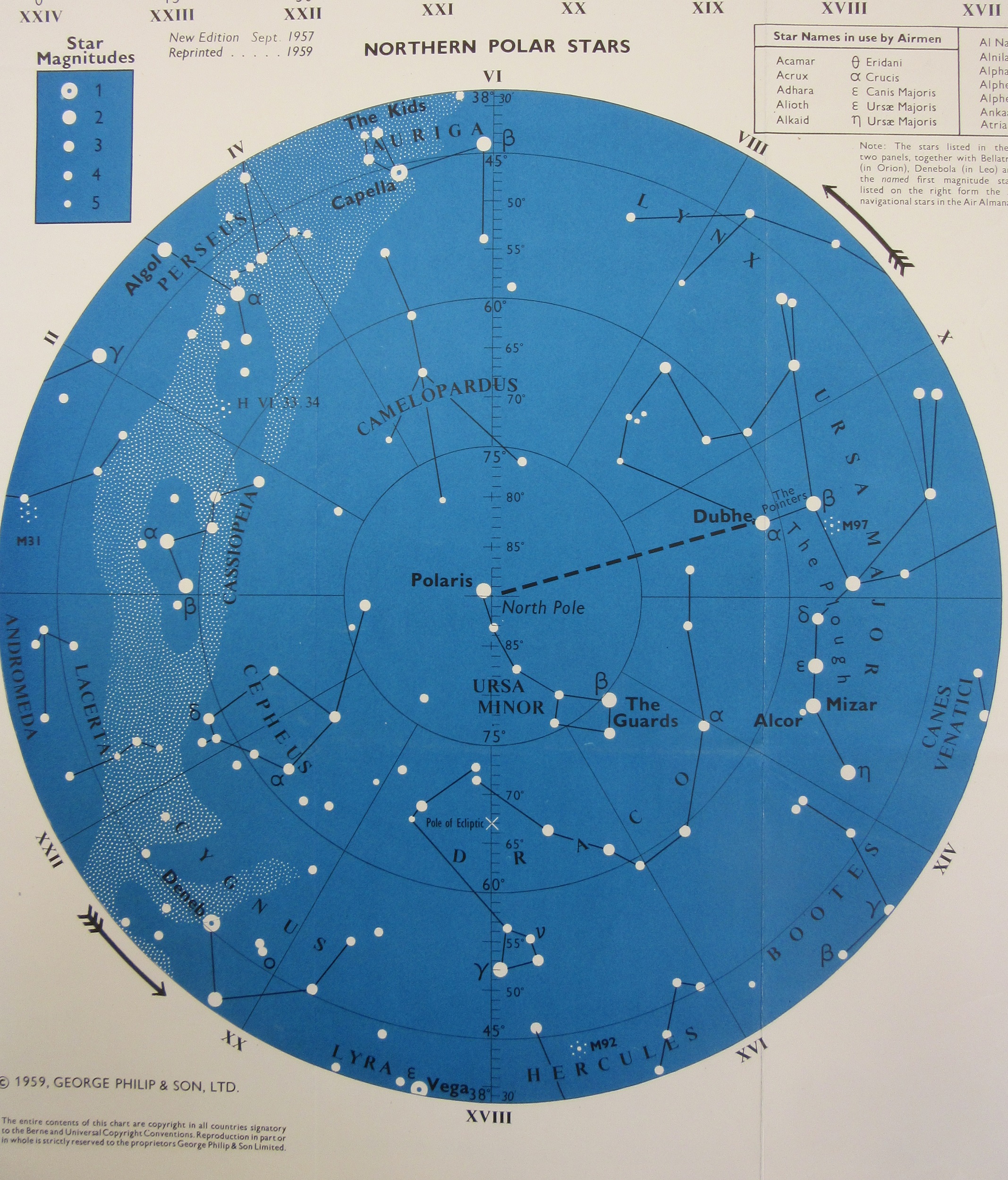 The Milky Way is also a narrow bit of water between Noir and Kempe Islands at the western side of the Tierra del Fuego. It gets its name for the same reason, a milky appearance from a frothy stretch of white water. A book published in 1847, the North and South Atlantic Memoir, describes it as ‘a space of sea, in every part of which rocks are seen just awash with, or a few feet above, the water; on them the sea continually breaks’. The gentle name belies a dangerous passage between the islands with rocks clearly seen on the chart, a danger to any passing ship. 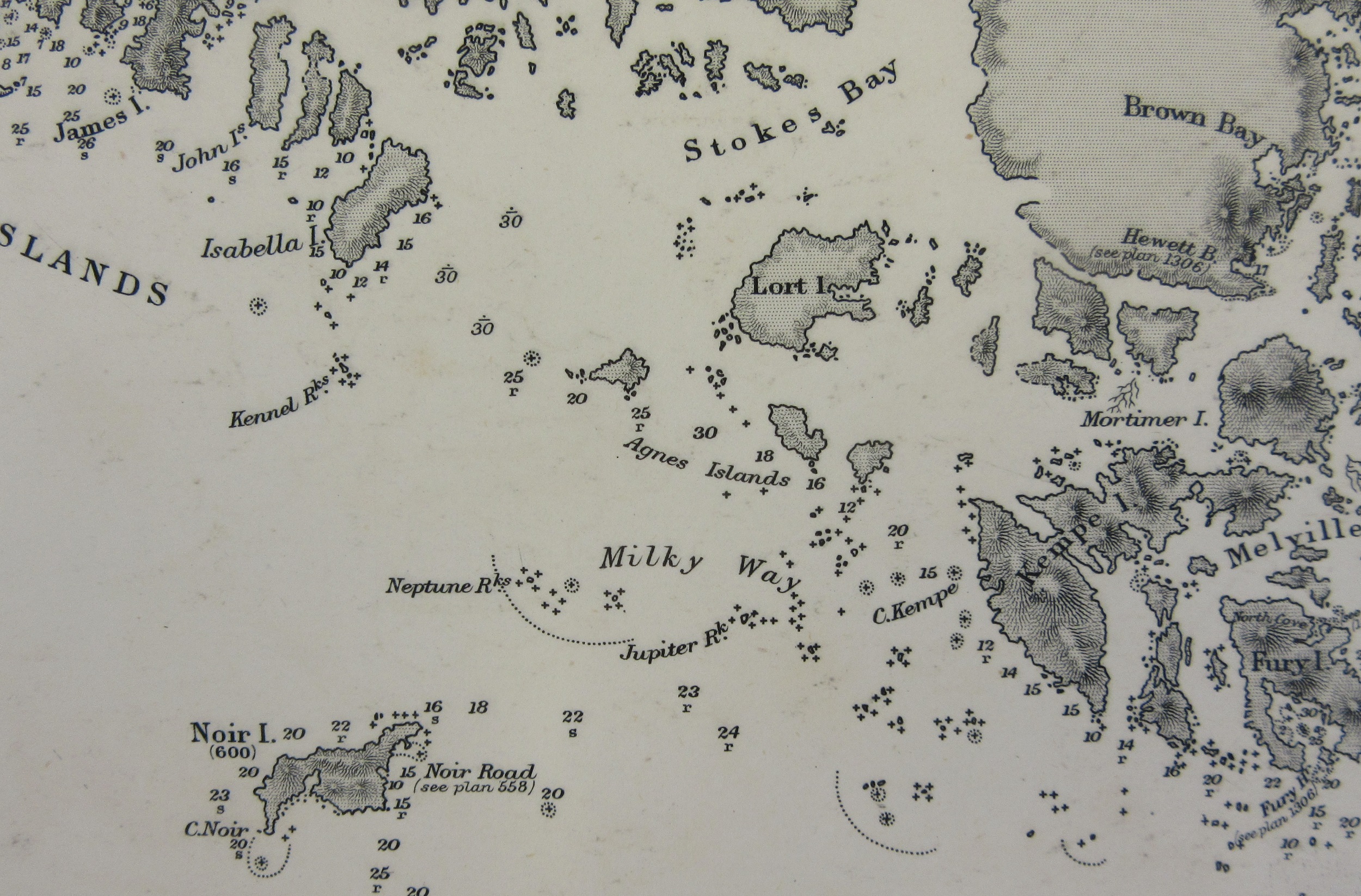 This extract comes from an Admiralty Chart of the Magellan Strait from 1887. The names on the chart give an indication of the hard landscape and dangerous sailing which abound. ‘Useless Bay’, ‘Desolate Bay’, ‘Famine Reach’, and the high number of narrow channels, many of which lead to a dead-end, show how hard it must have been for early explorers to navigate as opposed to sailing round Cape Horn. No wonder Magellan took so long to find a passage through. 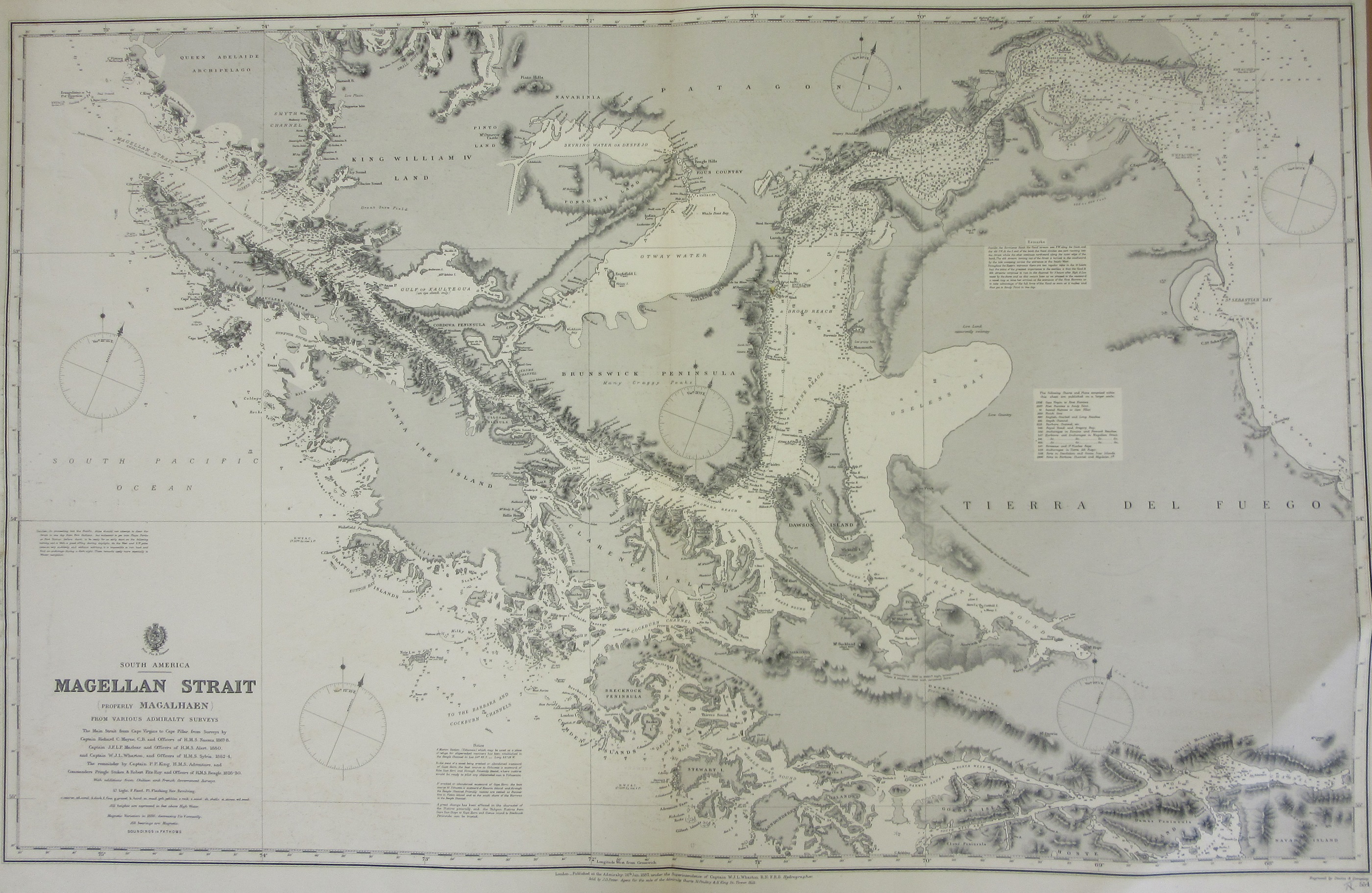 This chart shows the skills involved of the surveyors who measured, took soundings, kept records as well as lived onboard ship in such a harsh environment and the cartographers who then transferred this jumble of information on to a map. One of these surveyors was Commander Robert Fitzroy, of His Majesties Ship Beagle. This was Fitzroy’s first journey through Tierra del Fuego, his second, and more famous, was with Charles Darwin aboard as a companion and scientific officer. It was on this voyage that Darwin, after making numerous studies on the natural history of the lands explored on the voyage formed his theory of natural selection. In his book ‘The Voyage of the Beagle’ Darwin wrote ‘We passed out between the East and West Furries: and a little further northward there are so many breakers that the sea is called the Milky Way. One sight of such a coast is enough to make a landsman dream for a week about shipwrecks, peril and death…’. Fitzroy went on to become an expert on meteorology, forming what would become the Met office in 1854 and created ways to predict weather patterns, something which he gave a new name to, forecasts. A fervent Christian Fitzroy was horrified by the publication of Darwin’s ‘Origin of the Species’, the effect it would have religious beliefs and his role in helping Darwin form his theories by taking him on the Beagle voyage. Depression ran in his family, and Darwin’s fame together with financial difficulties and trouble with the Met Office led to Fitzroy taking his own life in April 1865.

Darwin’s importance can be seen in this  extract from the chart, with Darwin Sound and Beagle Channel appearing on a map just under 30 years after Darwin published his ground-breaking work. 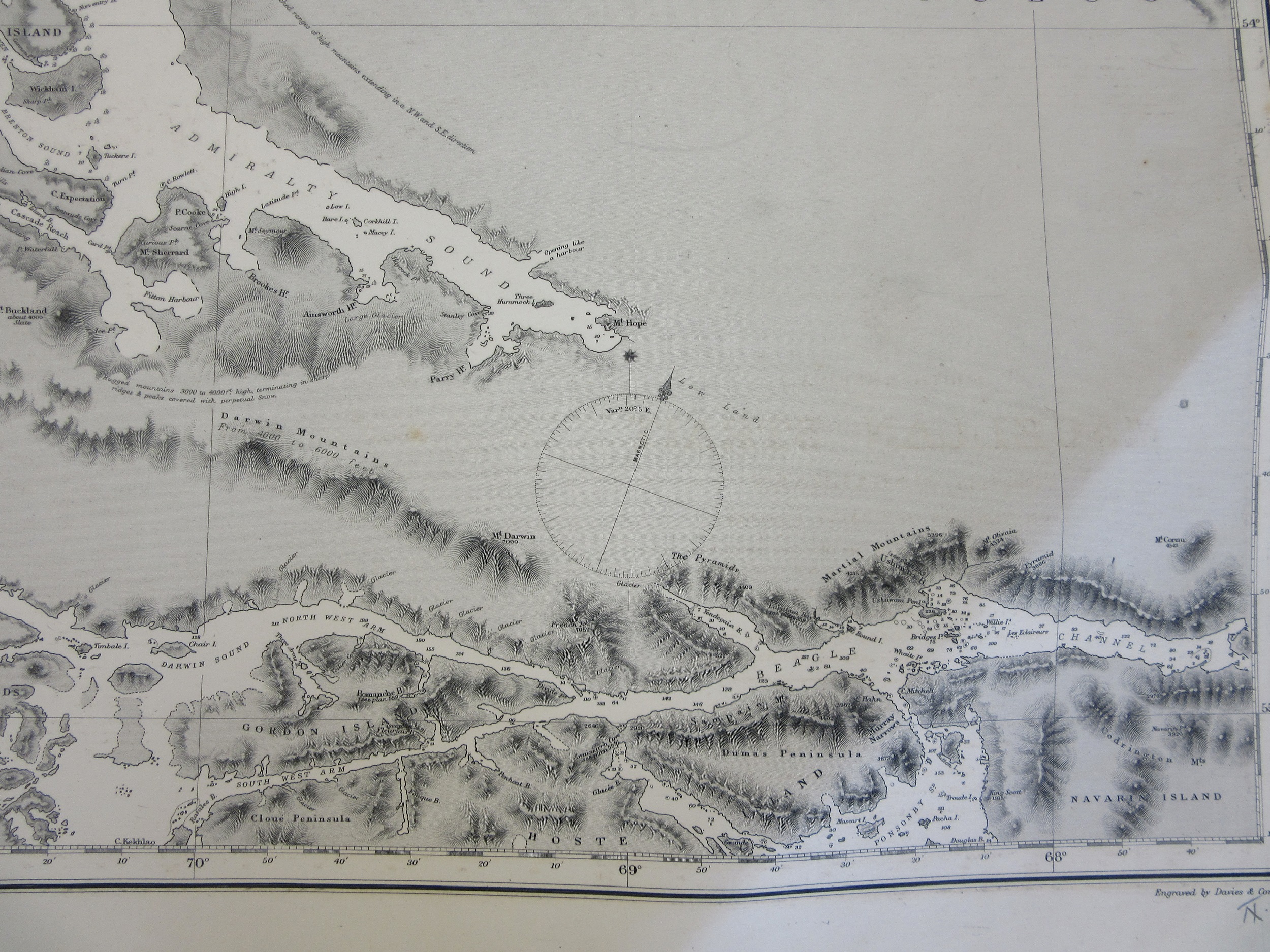