People have always tried to make sense of their surroundings and plot where they are in the world, often in graphic form. Maps are inherently two dimensional but efforts have been made throughout time to create three-dimensional tactile maps. 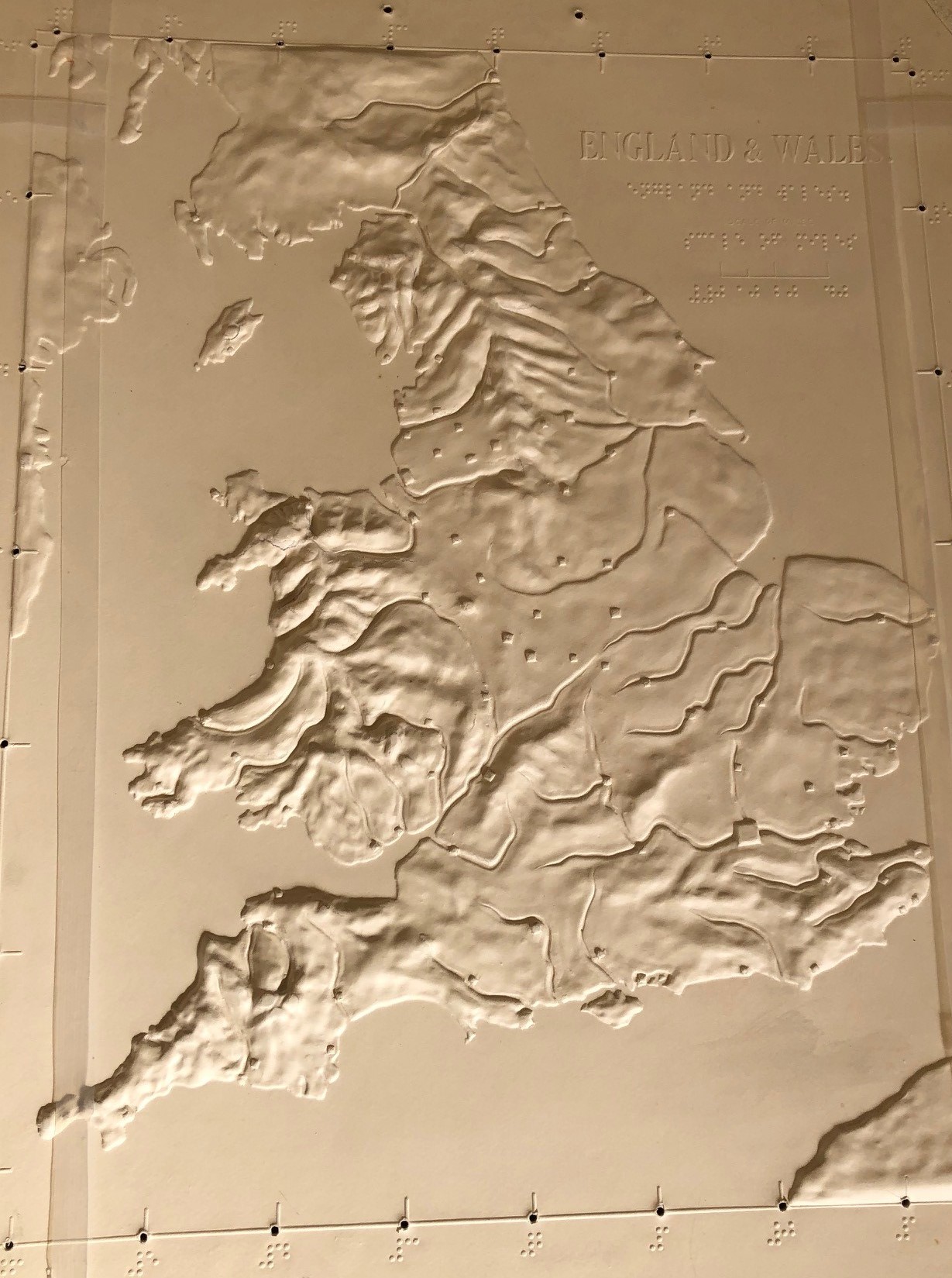 Primarily they are aimed at visually impaired users but they can also serve to understand relief and the environment in a holistic way. It is unclear when tactile maps started appearing but this lovely example of England and Wales is the earliest in our collections, produced in 1925. It primarily shows relief and rivers but also locates major towns but does not name them. 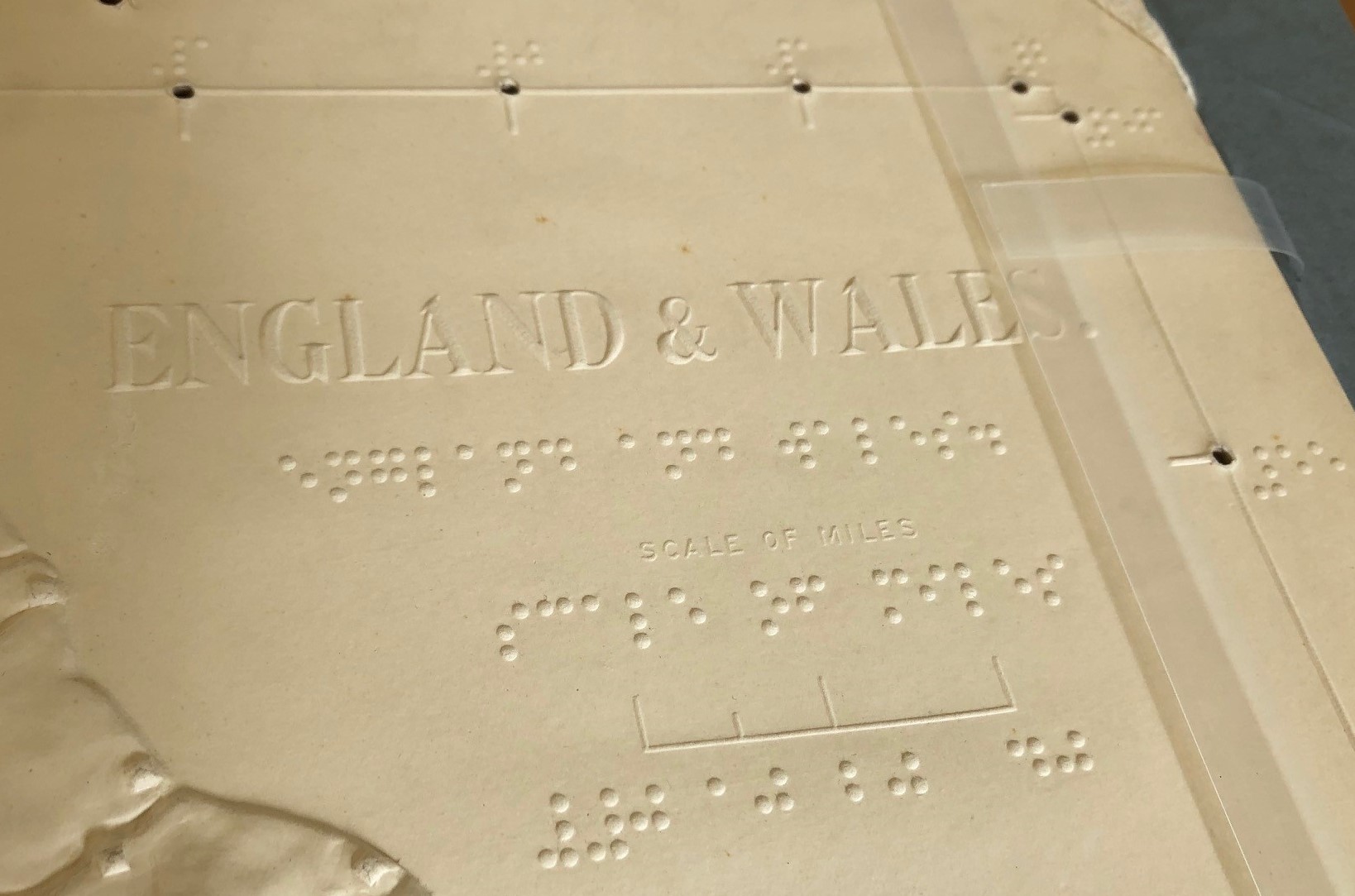 The development of tactile writing systems really took off in the 19th century with the development of basically embossed versions of roman letters, such as the Moon System but alongside was the use of a logical system of dots representing the letters such as braille. 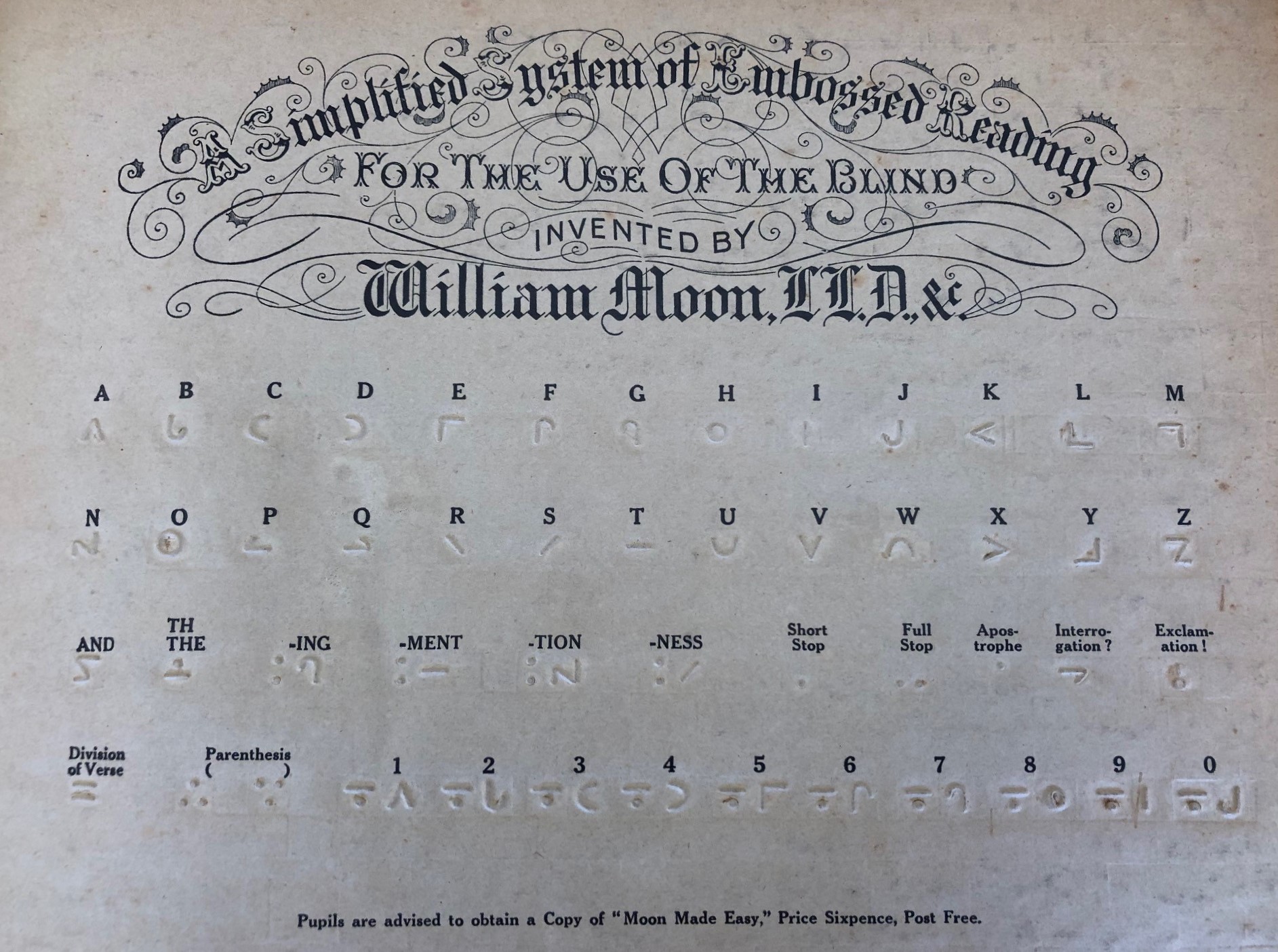 This globe, which is undated but looks like it was made in the 1960s? uses prominent dots to depict capital cities in Europe but also a chain of mountains in Asia which must be confusing. 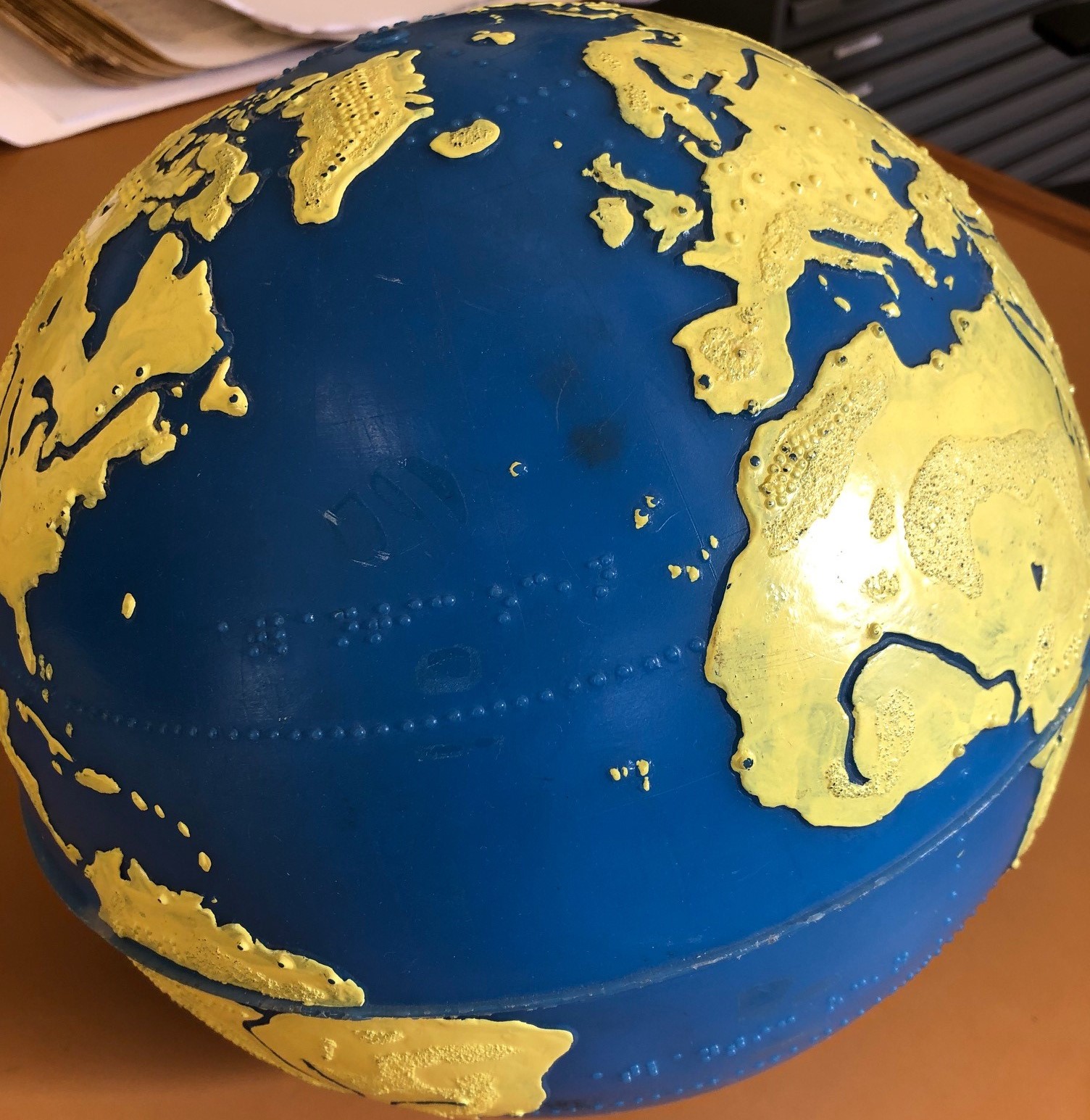 You can also see the rivers have been exaggerated and the equator marked to aid orientation. 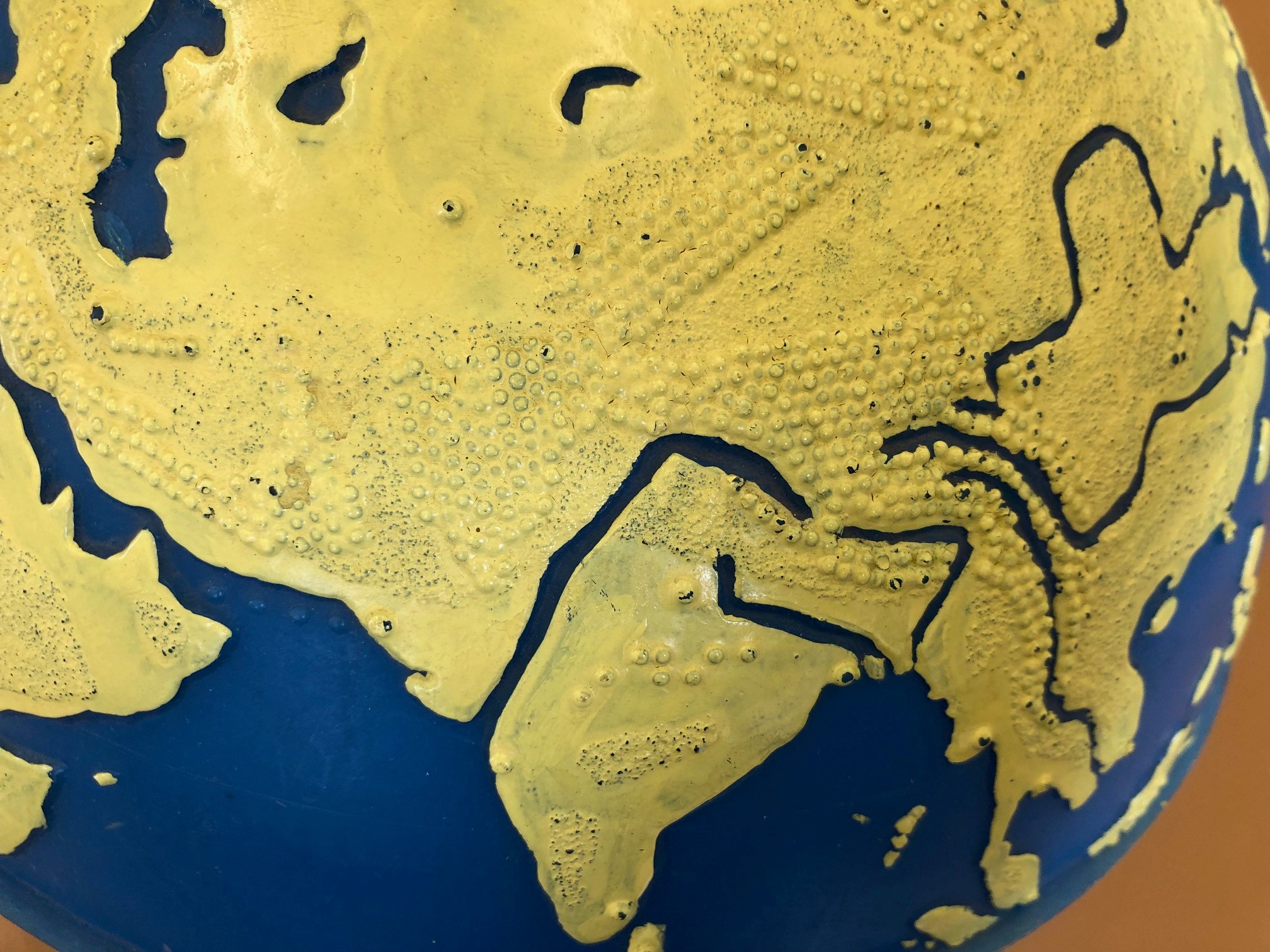 Tactile maps conventionally were made using thermoforming or vacuum forming which uses heat or a vacuum to fix a material such as plastic or paper over a mould to create a stable physical object. These are very successful but they come with their downside – unlike paper maps they cannot be folded up and put in your pocket. The Royal National Institute for the Blind produced several maps with the Central London map as a typical specimen. With embossed roads and braille labels it is limited in detail so what its purpose is unclear. Was it produced for reference or as a wall map? 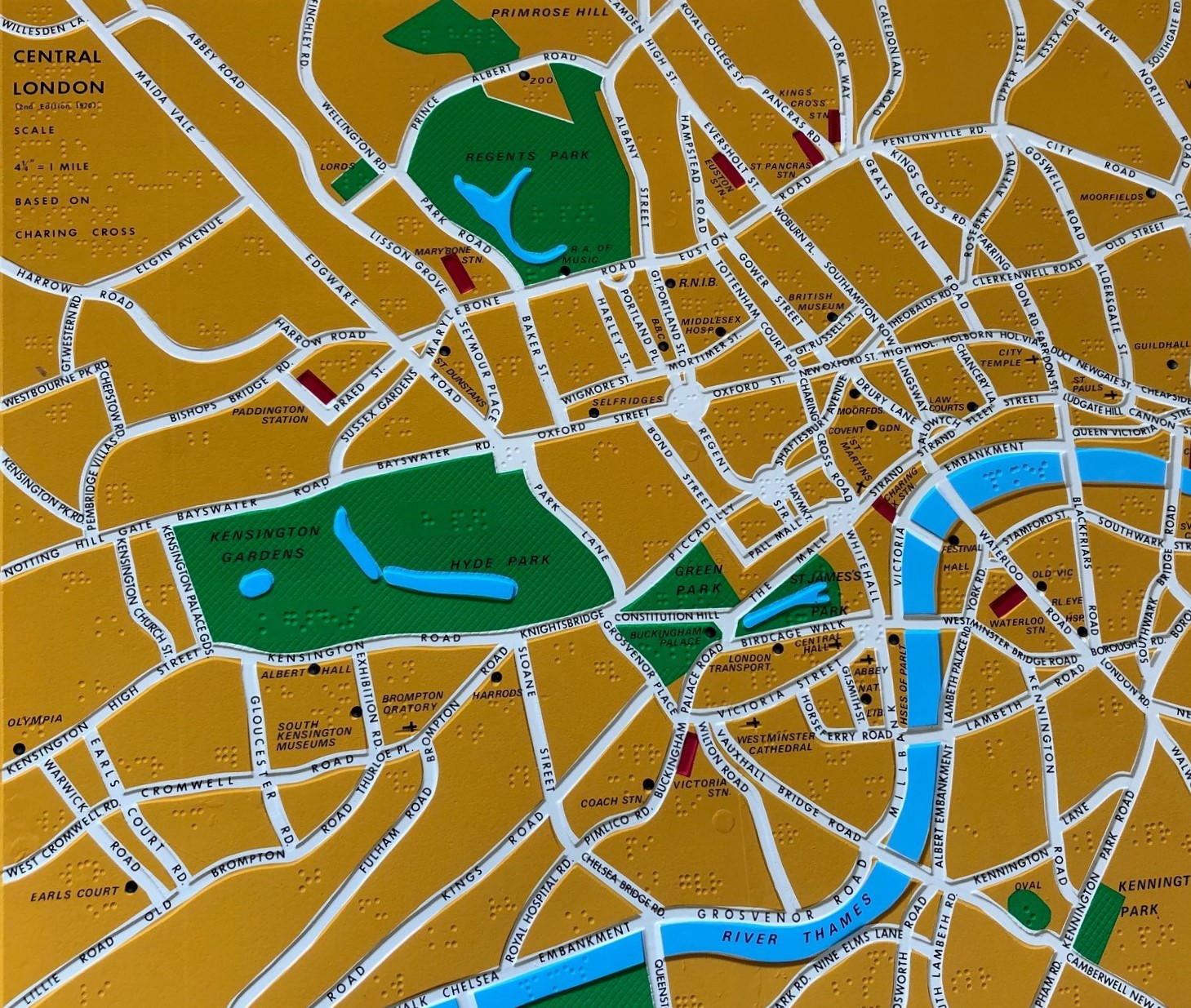 What is the future for mapping for blind or visually impaired people? Much work has been done by tech companies with smartphones and hand-held devices. Google Maps can speak directions and even tell you where safe road crossings are while you are using it. Haptic technology is used to generate a hybrid tactile map – for example the signal from your fingers will cause the map to vary when you cross a boundary, such as a road; or come across a symbol, maybe a bank. Although 3D printers can also be used to create maps but do not overcome the portability issue.

The library has a several tactile maps in the collection but this one was particularly challenging as it had no text to identify it. 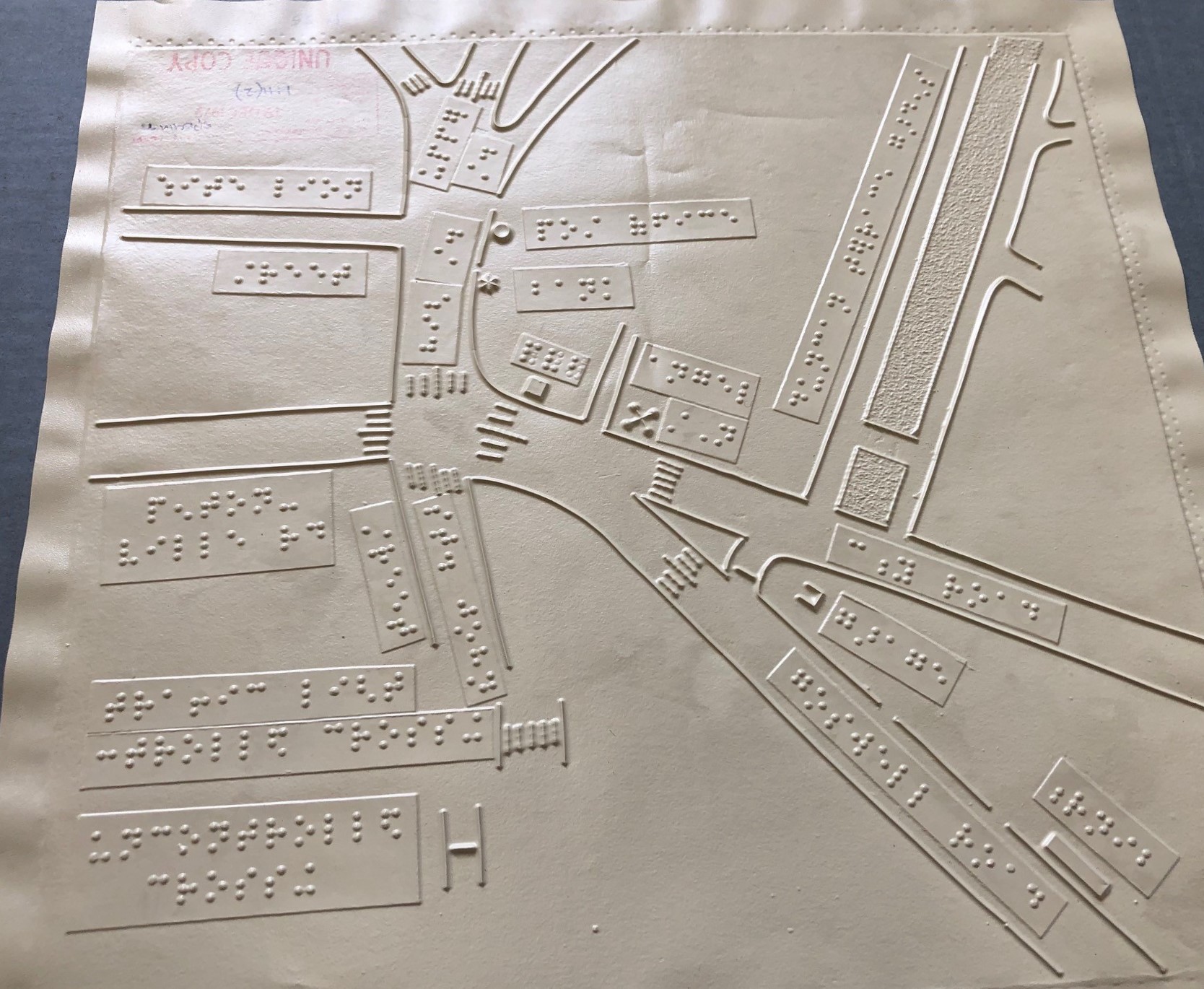 Coming originally from the MOD sample collection it has a red acquisition stamp and a tentative “Torquay” in ball point pen. I could not identify it with a modern map of that area so bit the bullet and tried transliterating the braille labels. It turned out that it needed turning around and it represents the Goswell Road/City Road area of Islington in London! 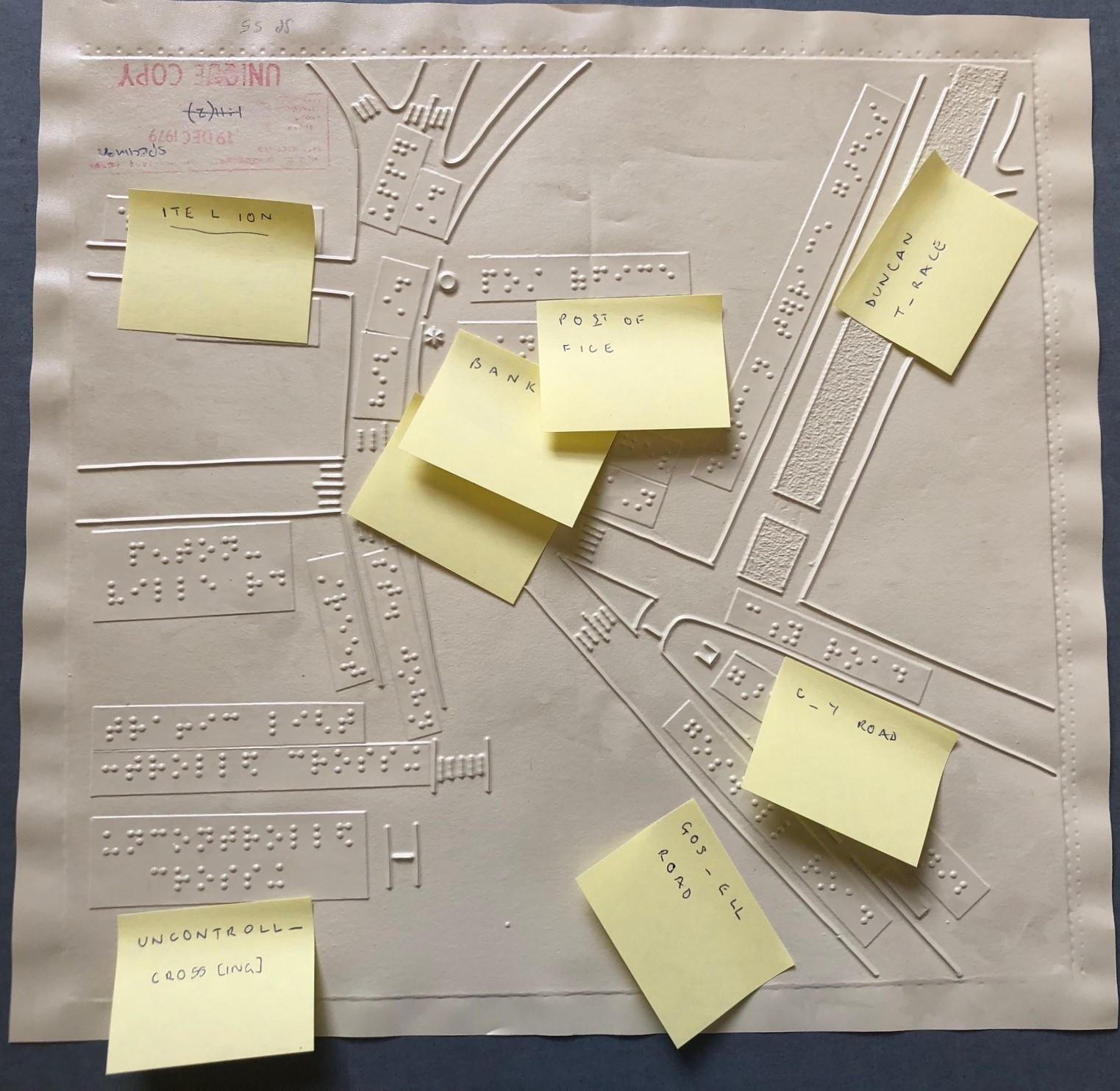 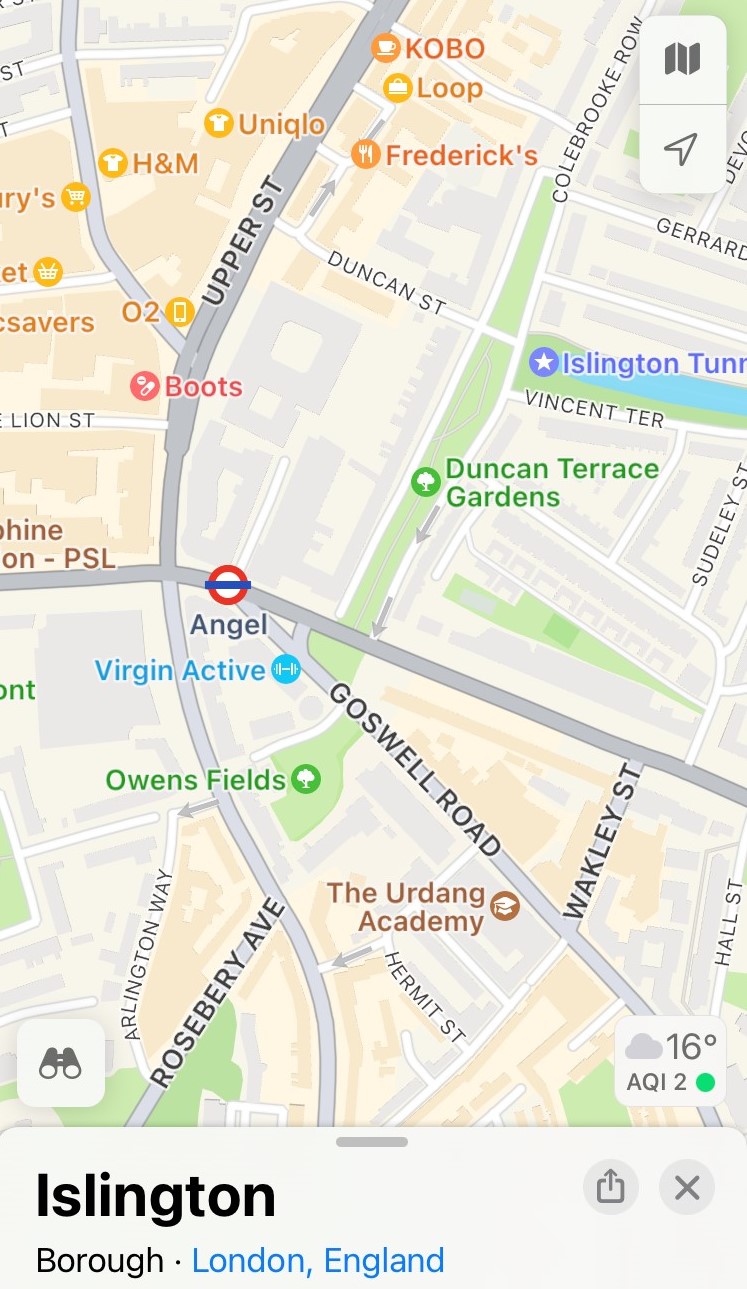 The Lake District’s topography lends itself very well so this is an attractive example. Designed as a hanging wall map in four sections it has been executed beautifully with using wooden strips glued together which have been sculpted to form the peaks and trough: shorelines, rivers and names have been burnt in to orient the sighted.  Entered into the BCS Awards which not only is it easy on the eye, it has a beautiful feel demonstrating that this is inclusive and appreciated by everyone not only as a map but as original creative piece. The perfect example of aesthetics and technique. 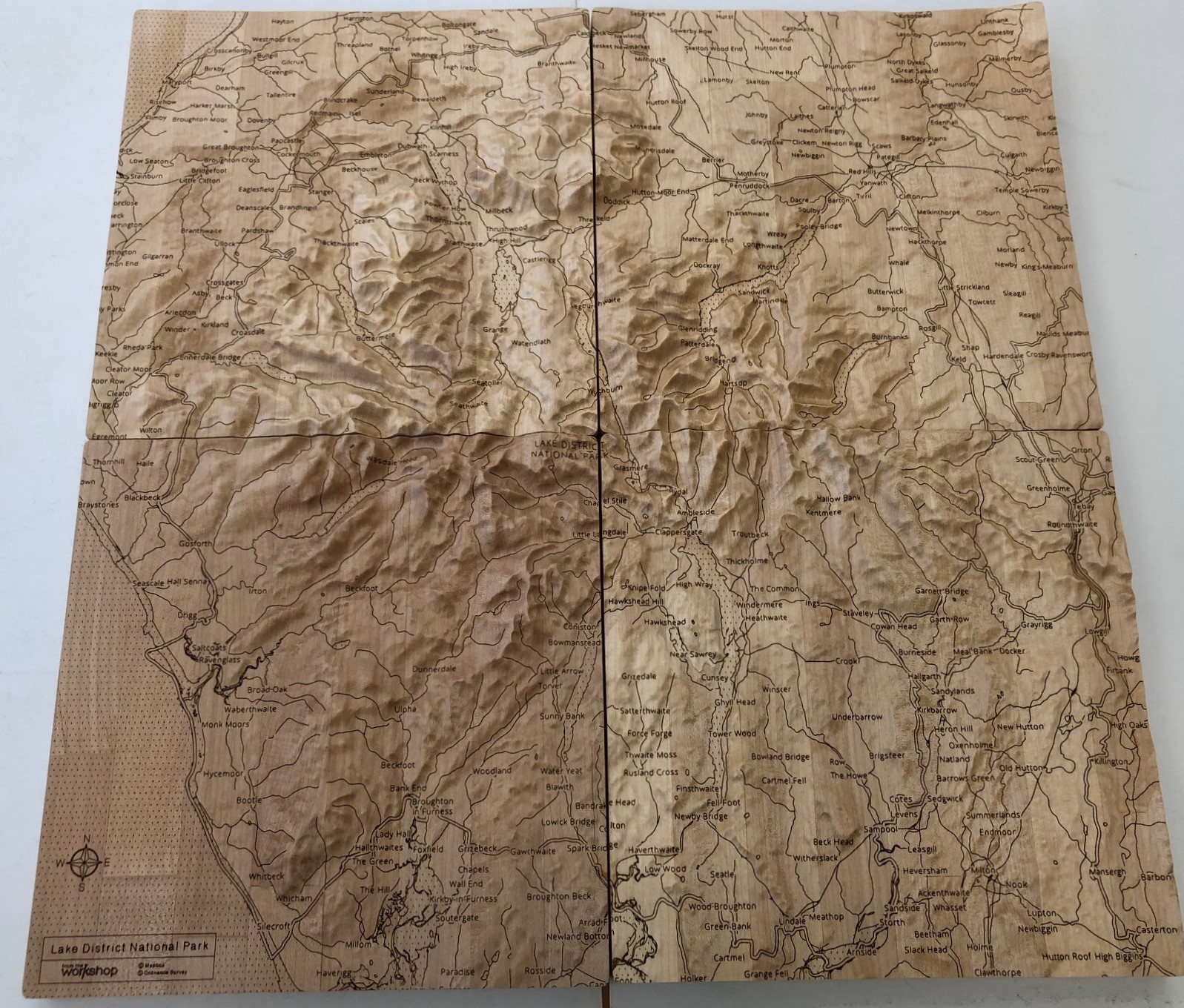 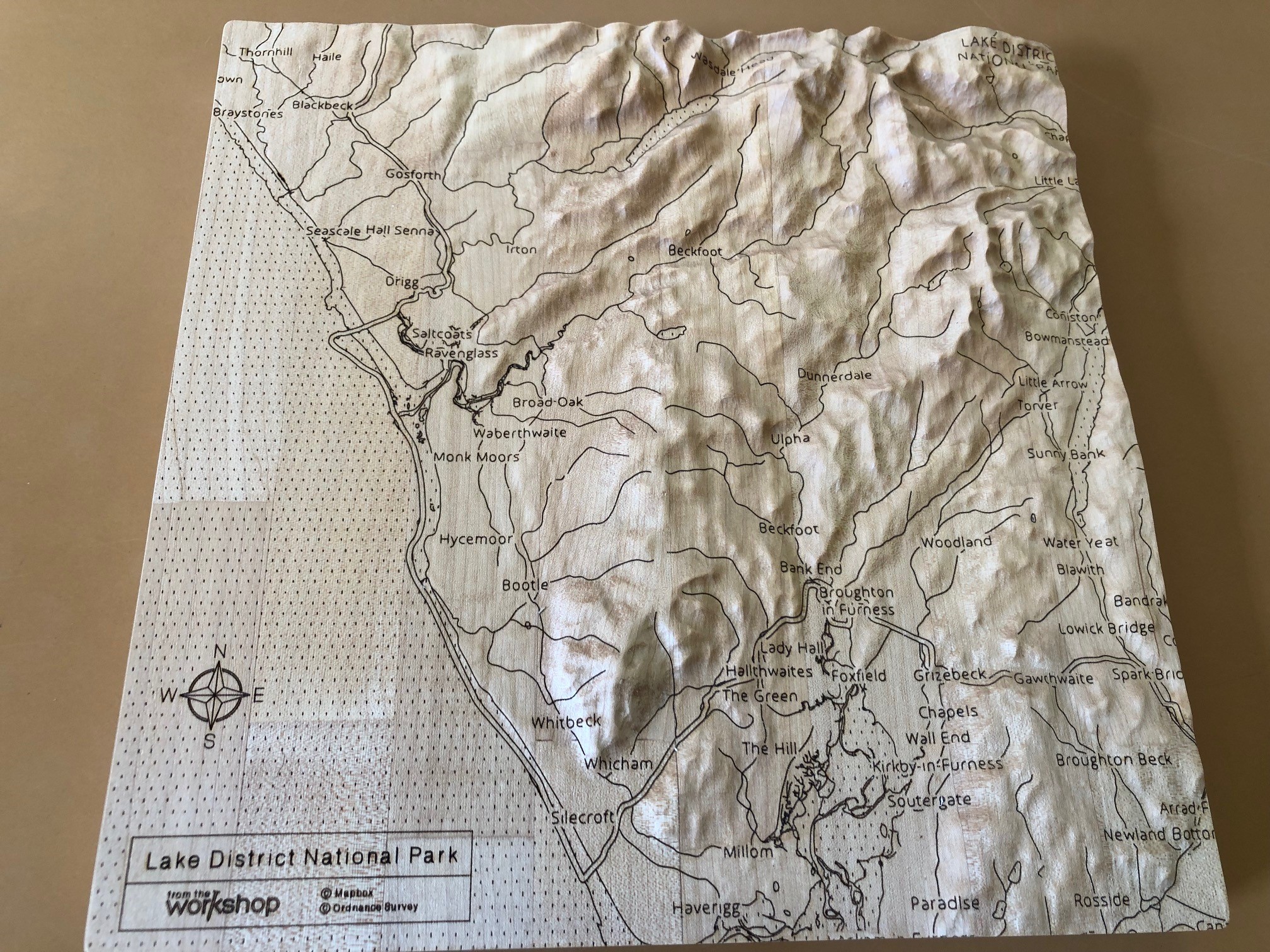 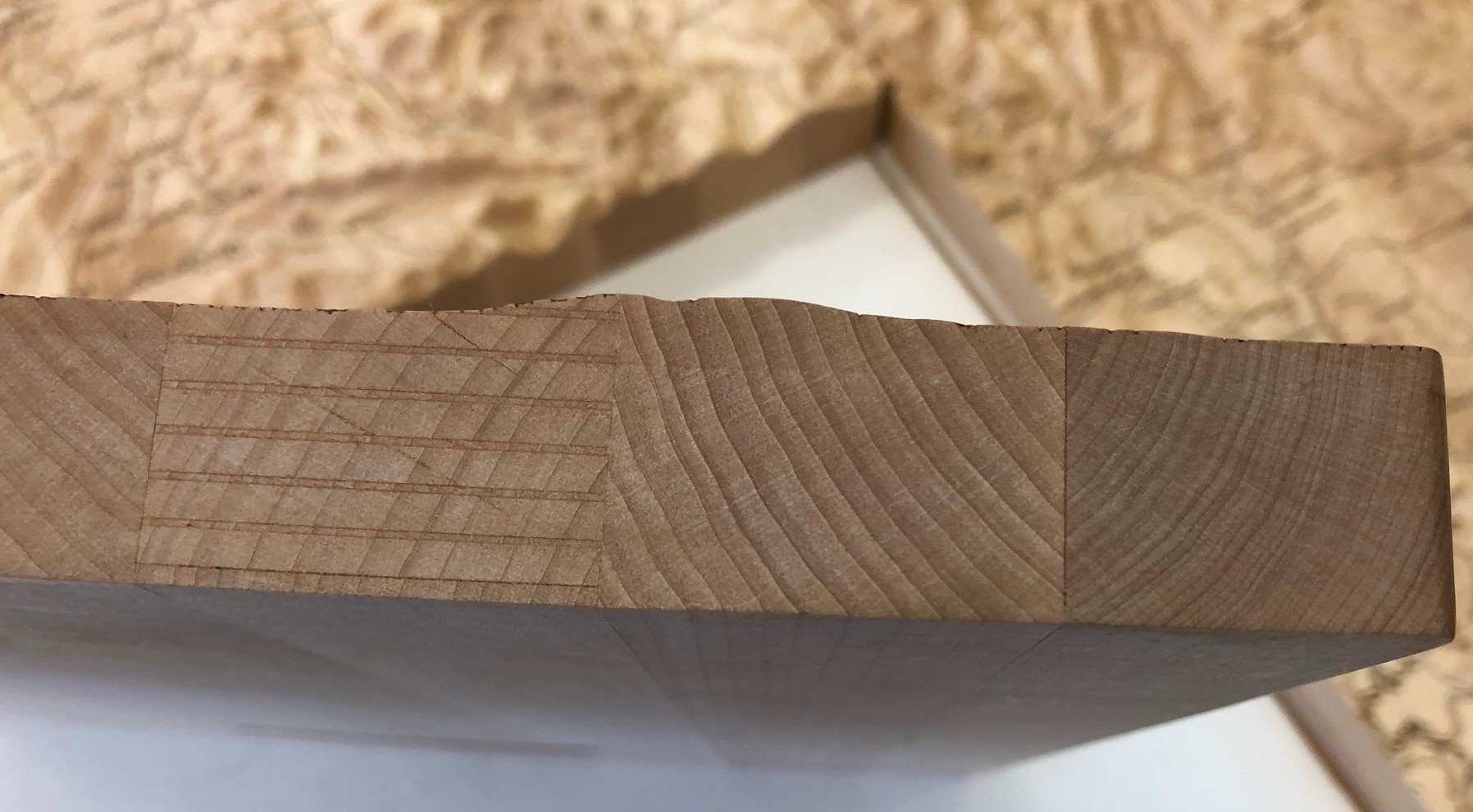