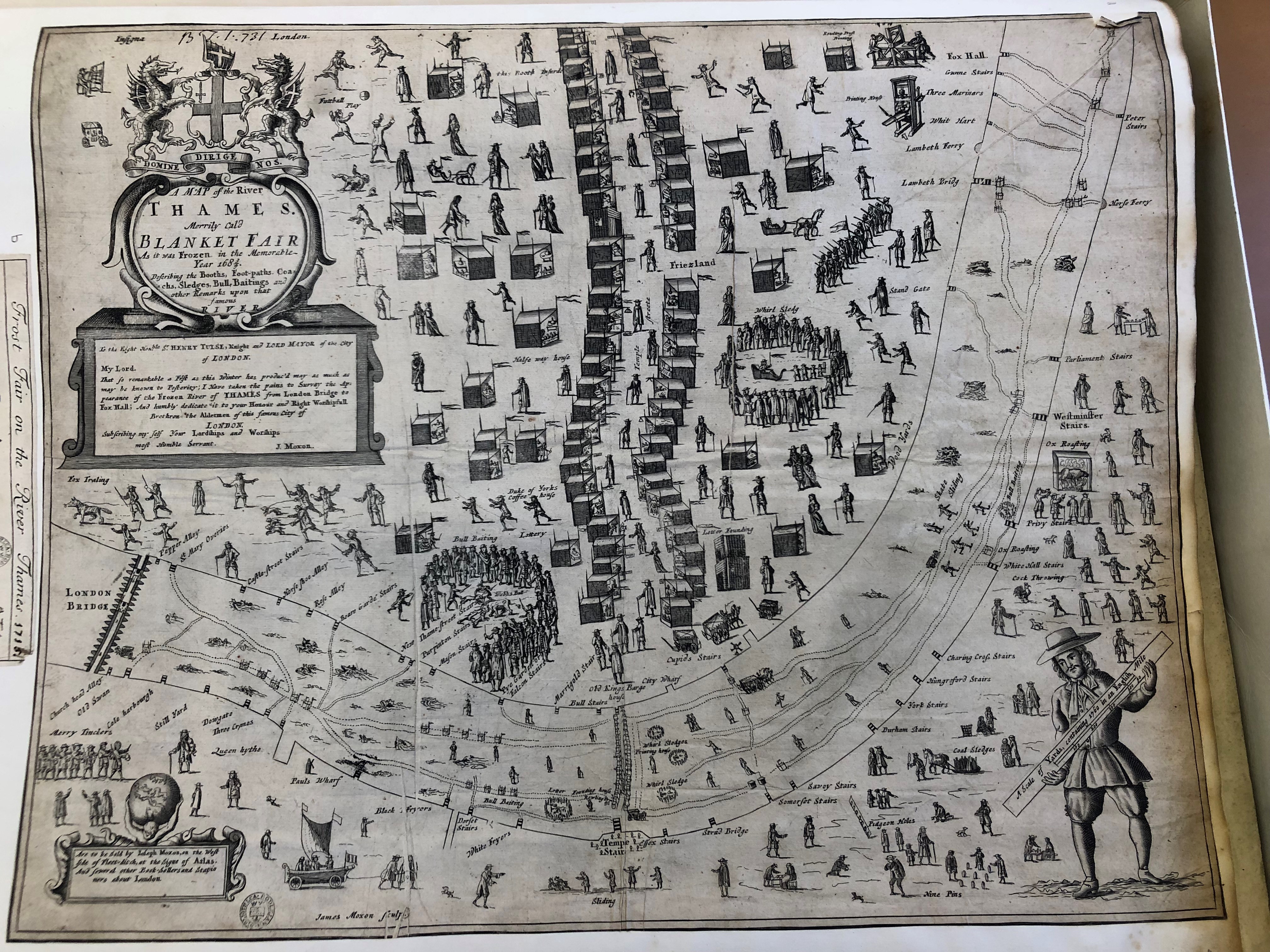 During the Little Ice Age of the sixteenth to the nineteen centuries the River Thames occasionally froze right from bank to bank. Never ones to pass up a commercial opportunity the good folk of London decamped onto the ice to sledge, skate, roast oxen, play nine pins or drink coffee.  The whole of London life was there and obviously maps and keepsakes were produced to mark the occasion. Mementos were even printed on the ice. 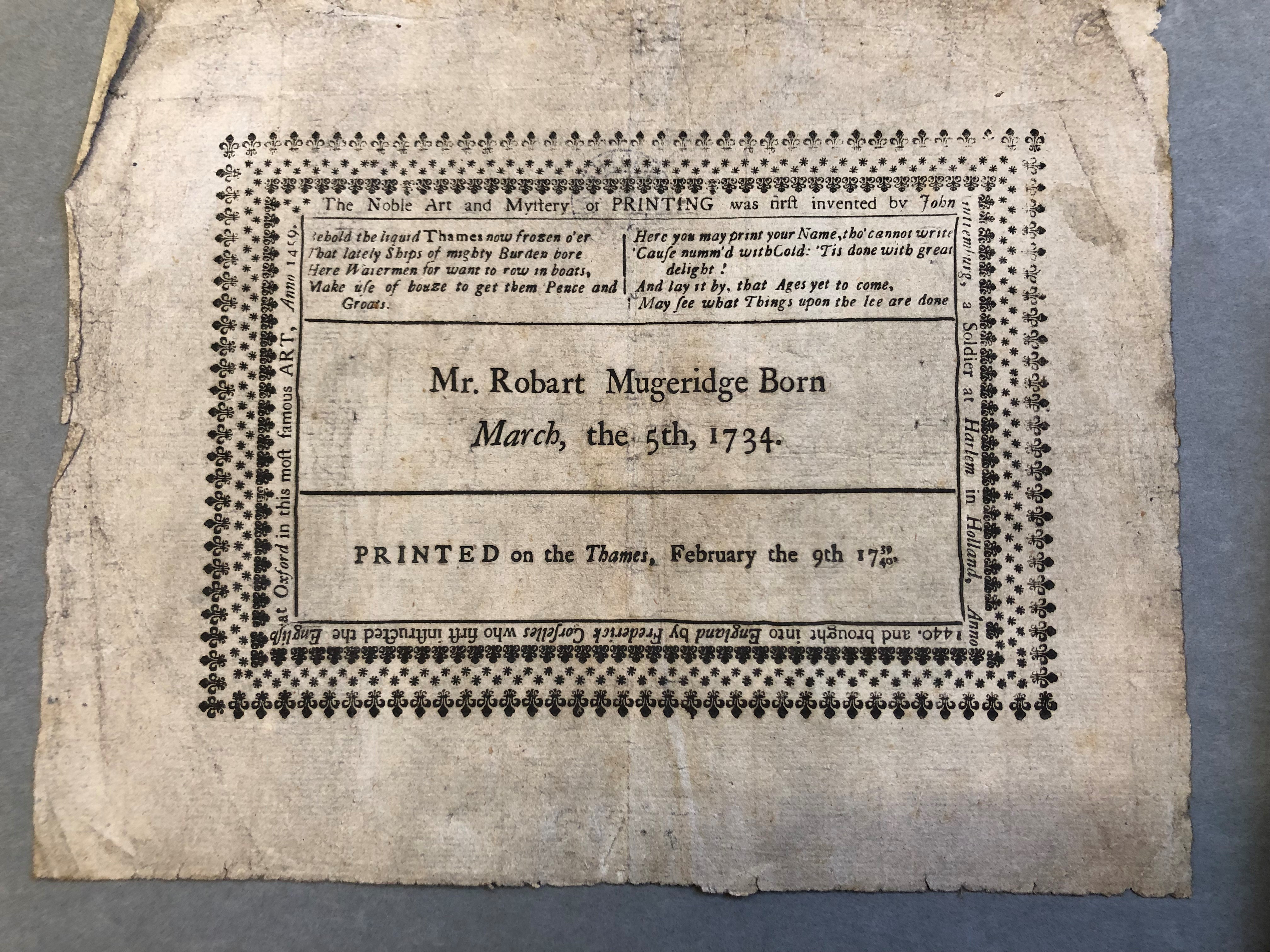 The maps produced at this time show quite an organised affair with rows of stalls and marked footpaths. 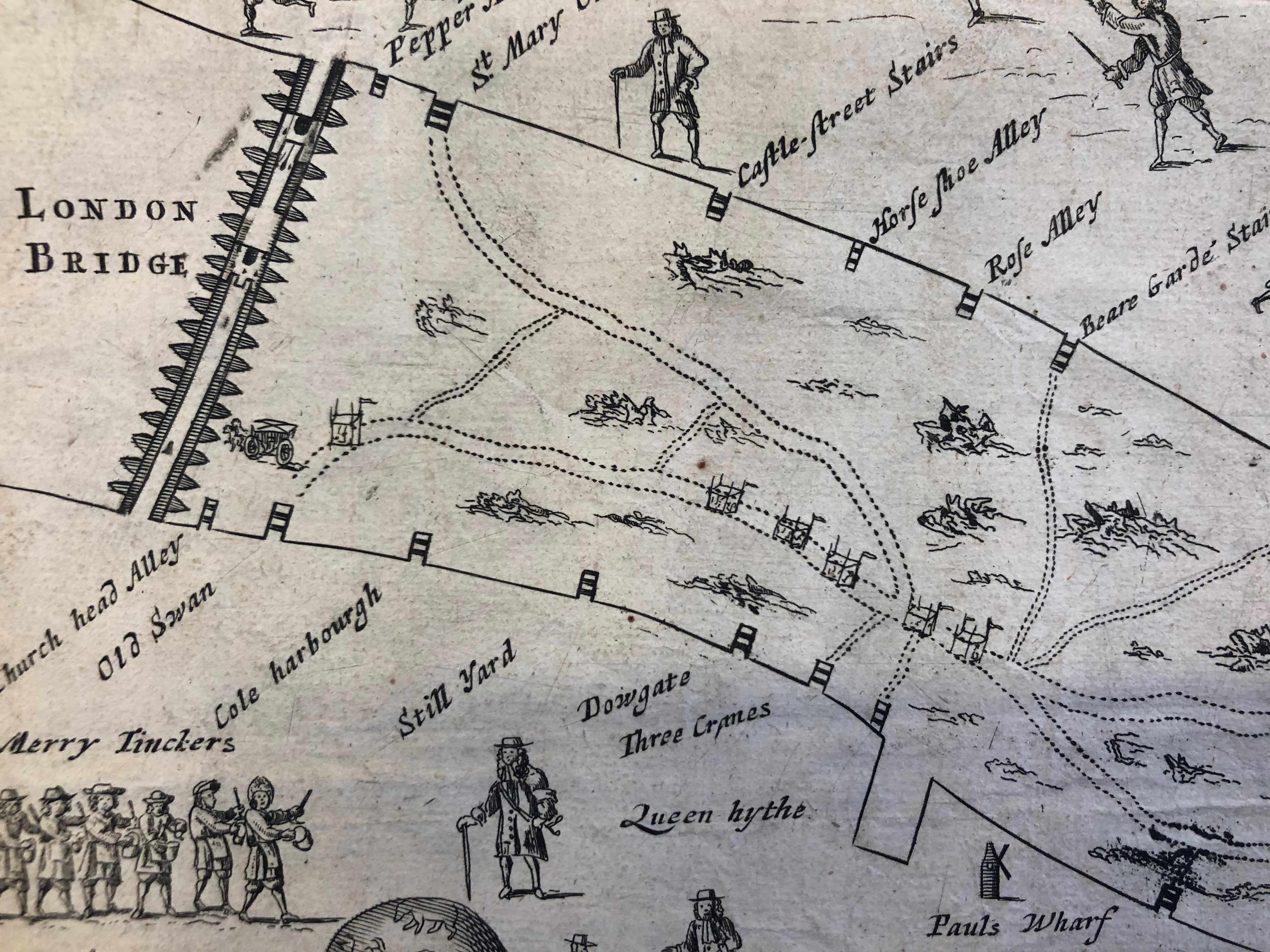 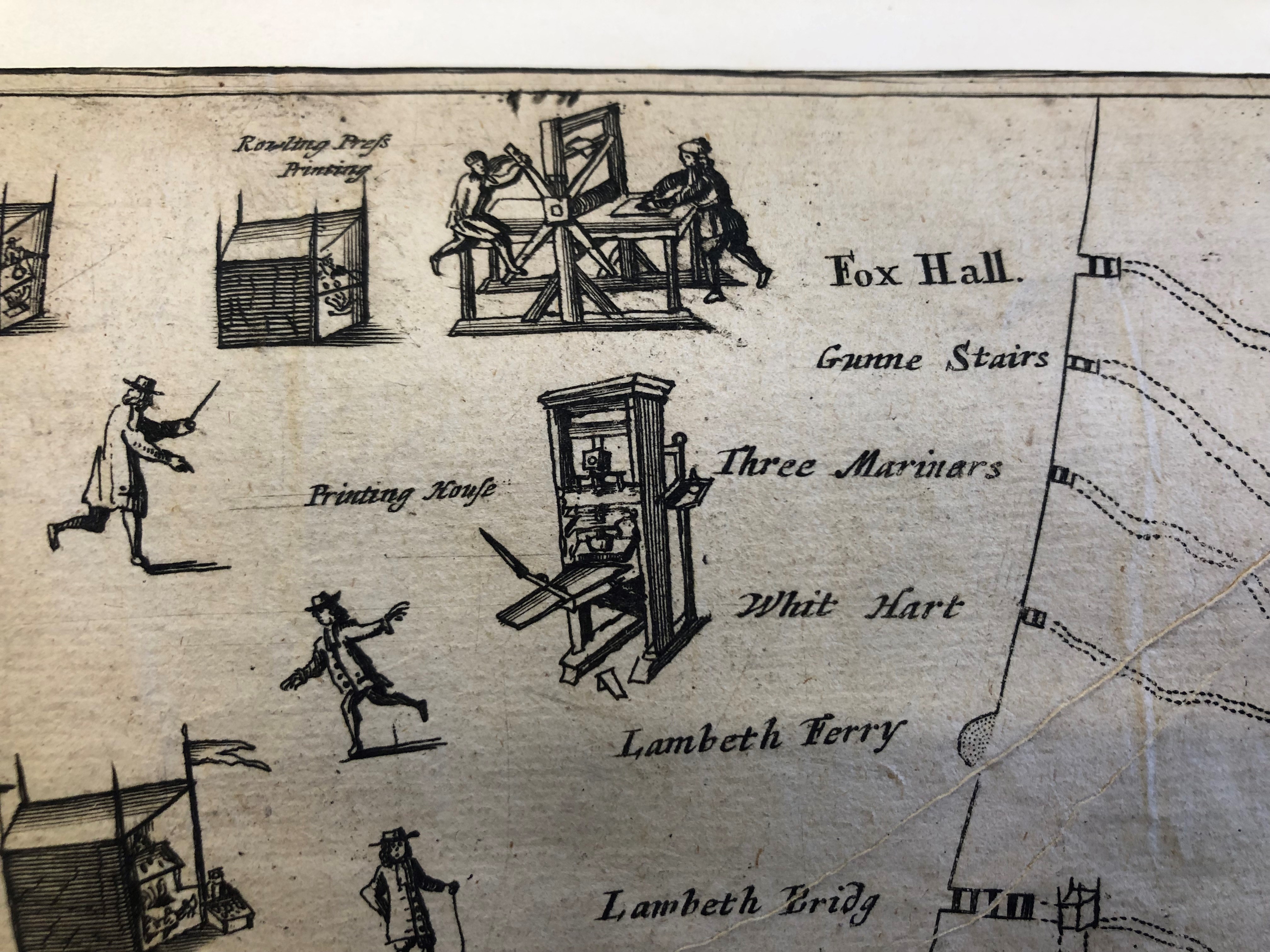 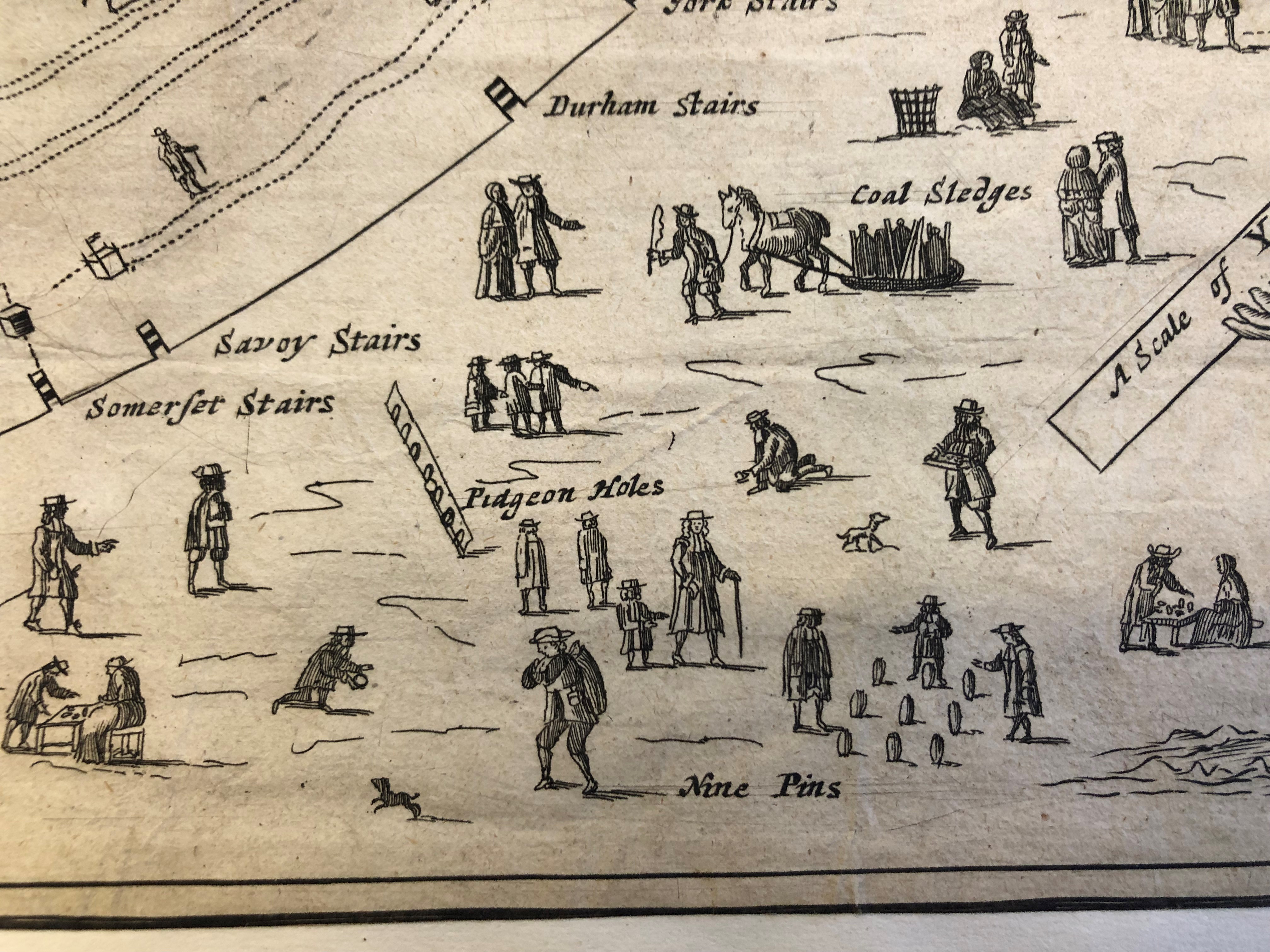 We may never see the Thames frozen in London again so these are not only historical documents but images unlikely to be repeated. 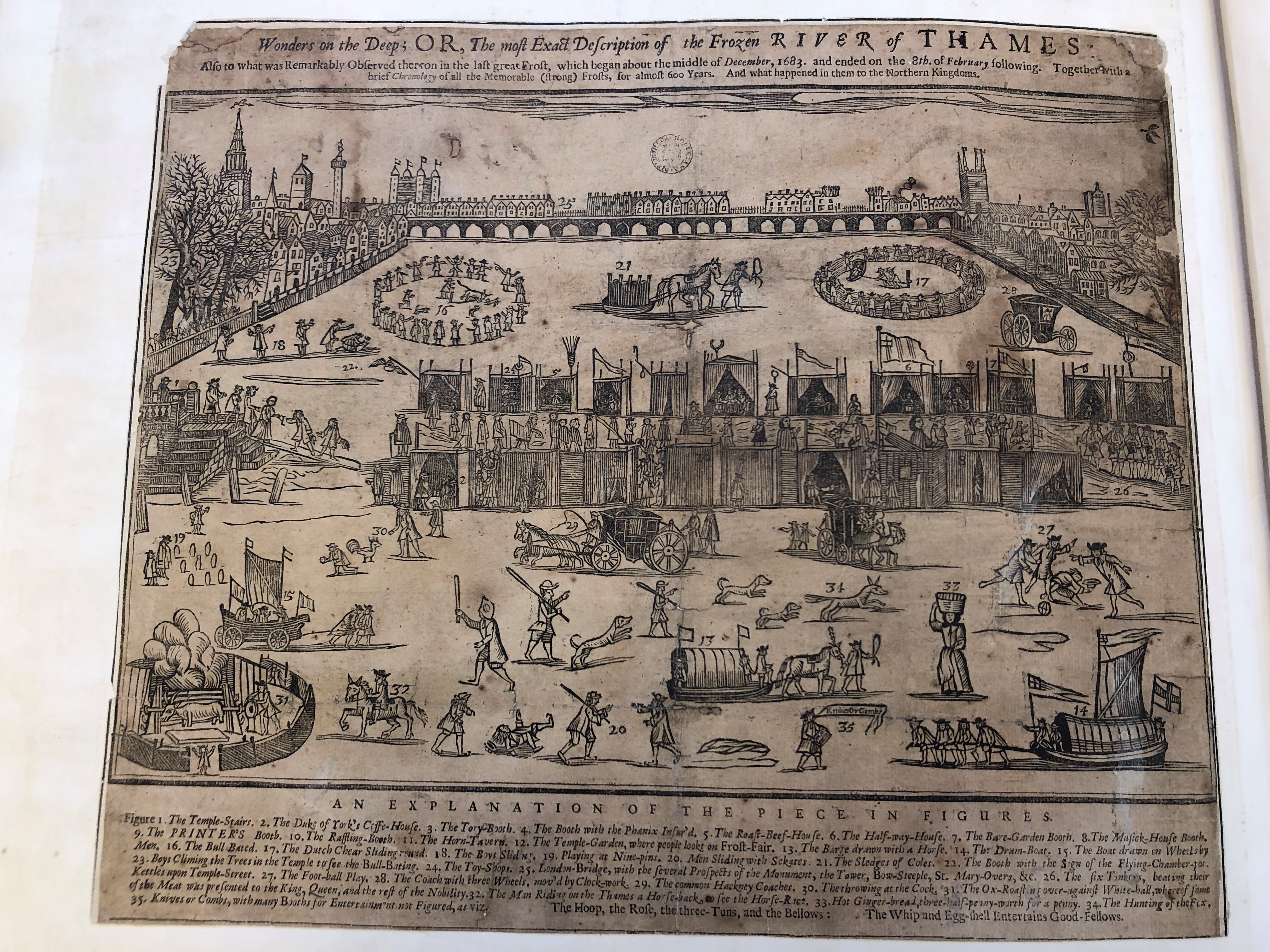