The Russian Tsar Nicholas I (1835-1855), attempted to supress and isolate the Jews and to take away their autonomy, including controlling Jewish publishing and Jewish books.
Pro-Russian maskilim, or enlightened Jews, took advantage of these policies and would sometimes report uncensored Hasidic Jewish libraries. The maskilim hoped to counteract the influence of the Hasidim, who published a large amount of devotional and hagiographic literature. As a result, in October 1836, the minister of internal affairs, Count Bludov issued a new, stricter censorship law. According to the new legislation, all uncensored books should be presented at the local police within a year, so that a special commission of rabbis would examine them. The suspicious or unsuitable ones were to be reported to the Ministry of Internal Affairs. Furthermore, all Hebrew printing houses were to be closed down except for two (one in Vilna and one in Kiev) which would have their own censors.
An ironic turn of events is that the new legislation did not differentiate between Hasidic and anti-Hasidic works. For example, the works of the great mitnaged, an opponent of the Hasidim, the Vilna Gaon (Elijahu ben Solomon, 1720-1797) were also subjected to this new legislation. But in the end too many books were submitted, and after the examination of some, Bludov ordered the burning of the remaining books. Our copy of the Vilna Gaon’s Tsurat ha-ʼarets, a work on the geography of Palestine, was among the ‘lucky’ ones to not have been burnt. It bears the censor’s signature on its last page: 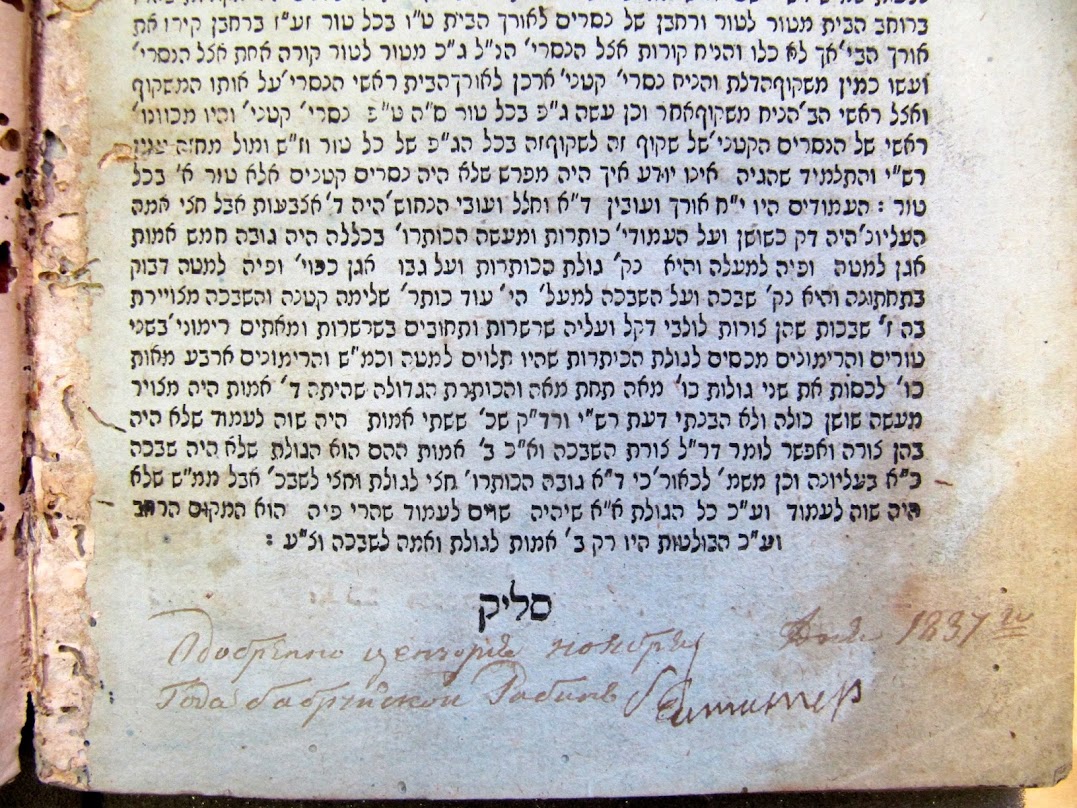