Currently there is an advance seminar in Jewish studies taking place at the Oxford Center for Jewish Studies on ‘Jewish Books in Amsterdam 1600-1850: Authors, Producers. Readers and the Construction of Jewish Worlds’ 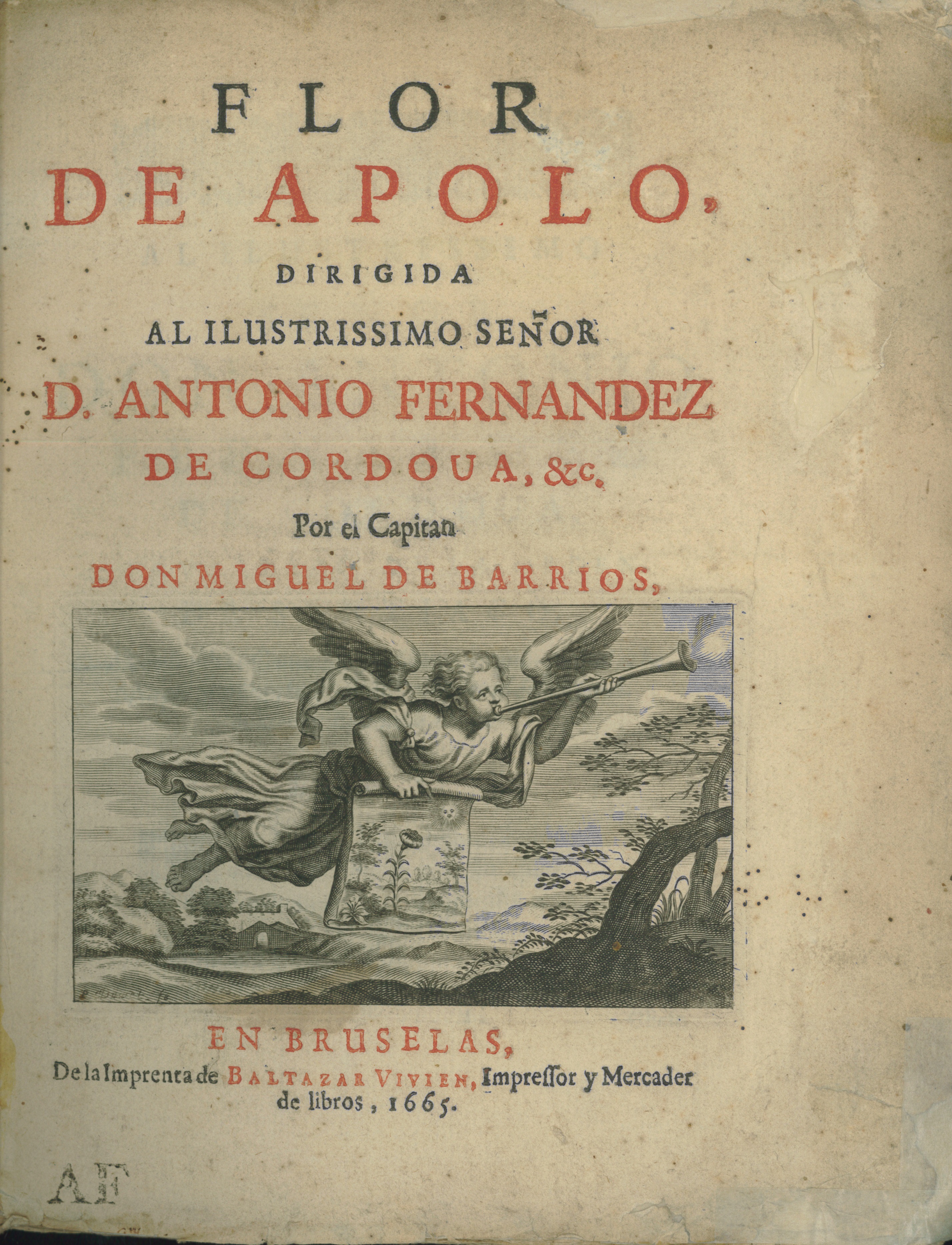 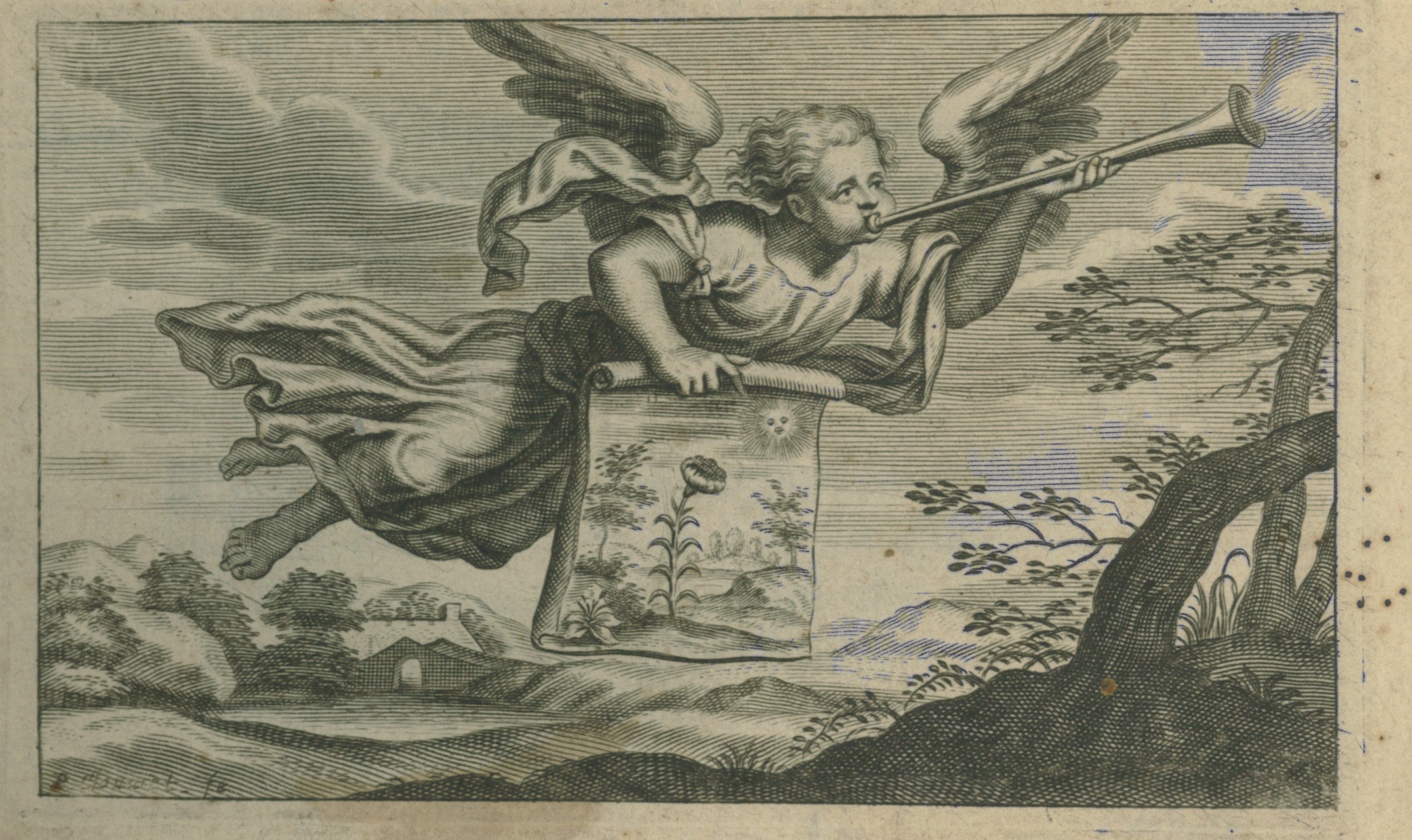 This project has meant that we have had an opportunity to explore our Dutch material, of which many items are part of the Coppenhagen Collection. The book, title page pictured above,  Flor de Apolo, : dirigida al illustrissimo señor D. Antonio Fernandez de Cordoua, &c.(Shelfmark: CRB HW1 Bar27F)  is part of a collection of material given by the Coppenhagen family, which is about Dutch Jewish life and includes archive material, papers, a book collection as well as rare books. 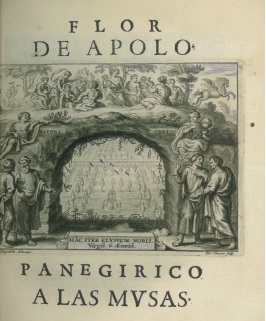 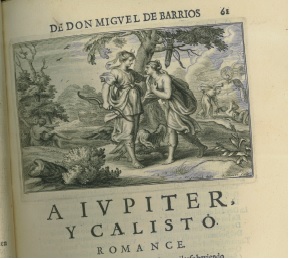 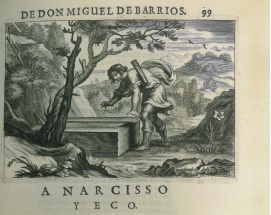 The engravings are by Peeter Clouwet , Adrian Melaer and After Abraham van Diepenbeeck. These illustrate poems which were often secular in nature, but Barrios also included biblical figures and imagery in his work. The two engravings directly above include myhtological figures from the ancient world including Eco and Narcissus, Jupiter and Callisto. The volume includes: . Pedir favor al contrario,  El canto junto al encanto, El español de Oran, which were Barrios three comedies.  In his first work Flor De Apolo (Engraving above) which features in this book, Barrios makes little reference to his Jewish history and appealed to nobility and members of the Christian European elite. 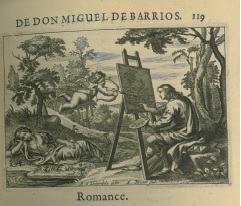 Barrios, Miguel de, 1635-1701, was born in Spain to converso (Jews who converted to Christianity) parents. He left Spain to escape the Inquisition and after moving around Europe and attempting to travel to the West Indies he settled in Brussels as a member of the Spanish Military service, and became a Captain. During his time in Brussels as a Captain he lived as a Christian but retained his connections with the Jewish community of Amsterdam. He was also a keen and popular poet and wrote Flor de Apolo, his most famous work along with other plays and dramas. He moved to Amsterdam in 1674 having left the military and joined others following Sabbatai Zevi, who claimed to be the Messiah.  From 1673-1701 he lived as Jew in Amsterdam.

This book was printed by Balthasar Vivien