Another interesting ex libris from our collection:
Hans (Meir Zvi) Kroch, a German-Jewish banker and developer (1887-1970). The Nazis sent him abroad to get his business partners to transfer his part of the business to the Reich. The entire family left for Argentina, except his wife, who was held in Germany as a hostage and died in a concentration camp. Kroch moved to Jerusalem and built the Holy Land Hotel. He commissioned the famous Second Temple Model now located in the Israel Museum. Kroch asked Michael Avi-Yonah, professor of Archaeology at the Hebrew University to create the model. However, the 1:50 ratio model was more of a political, rather than a purely archaeological mission. It was meant to be a memorial to Kroch’s son who died in the 1948 War of Independence, during which much of the Old City came under Arabic rule. As Kroch put it: “If Jews cannot get to the holy places, the holy places will come to them.” 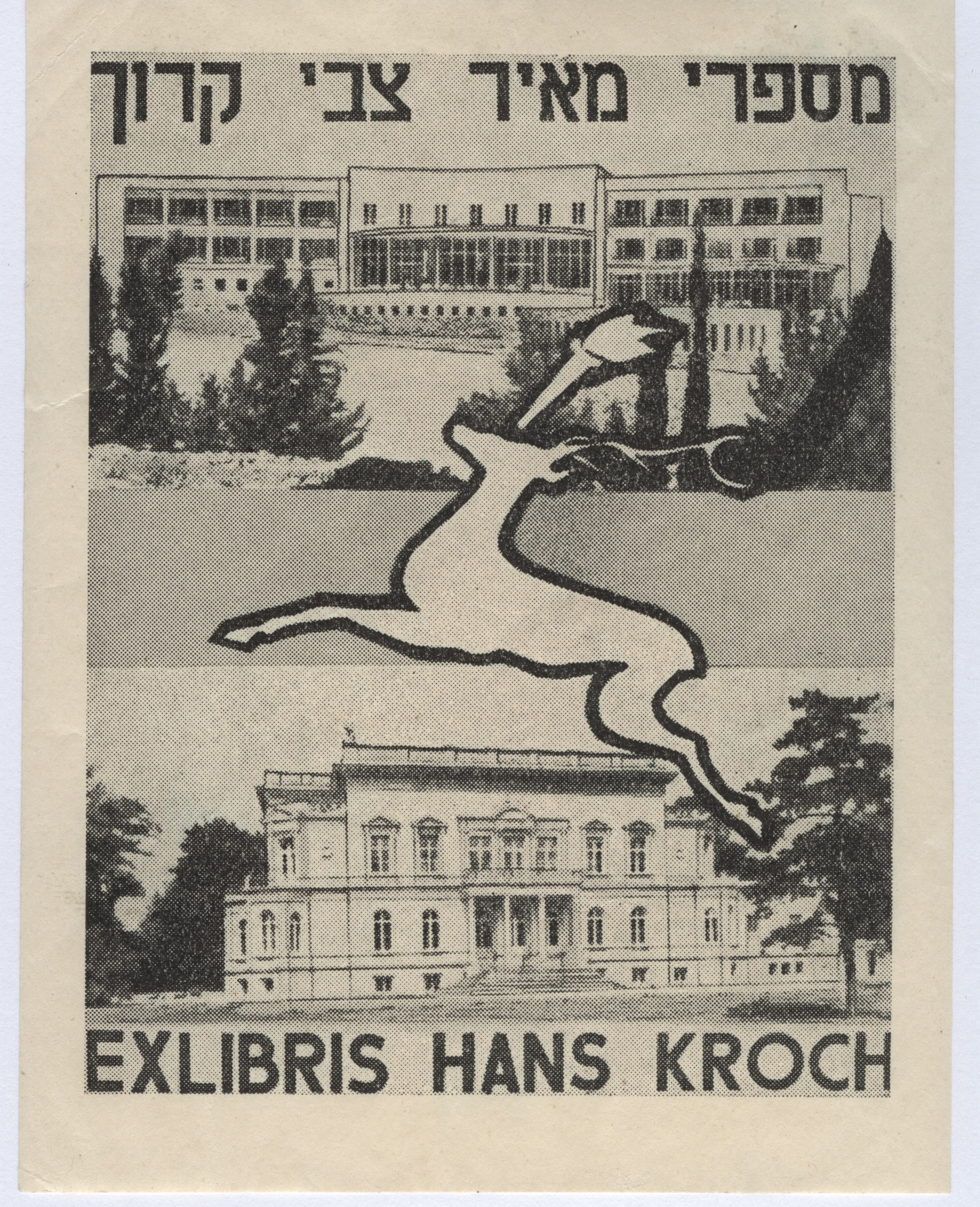 The deer in the centre of the ex libris refers to Kroch name, Zvi. We haven’t managed to identify the buildings on the bookplate though. Could you help us? Is any of them the Holy Land Hotel perhaps?