Today is Purim, a Jewish holiday commemorating a time when the Jewish people of Persia were saved from extermination thanks to the efforts of a wise and beautiful Queen Esther. Purim, meaning “lots” (lottery used to choose the date for the massacre), is celebrated annually, when observant Jews read from the Book of Esther, give to charity and feast. The latter is accompanied by carnival-like celebrations, performing of plays and parodies – ‘Purim Spiel’, and dressing up in costumes.

Just but one example of the latter is an excerpt from the Personal Archive of Raphael Loewe (see: online exhibition). Raphael’s great-grandfather, Louis Loewe, a 19th century academic, had a life-threatening experience in the Palestinian desert during a Druse revolt (1839), where he was left bare naked and saved by an Arab:

“On his way to Saffed he had a bad experience. The Druze were revolting against their king at the time and pillaged the whole area up to Saffed and surroundings. [Loewe] encountered them in En Zetun (near Safet), had all his clothes and belongings taken and was left to fend for himself, beaten and wounded. An Arab, Mustapha Mahmed, took pity on Loewe and handed him a thick blanket to cover the naked body and a spear to defend himself with. Thus the bloody Loewe wandered nearly naked, hungry and thirsty into Safet.” (Kurrein, p. 7)

Loewe’s deliverance was commemorated for generations as part of the Loewe family’s Purim tradition: “He would celebrate this day, on which he escaped death by a hair’s breadth, together with his family for years to come. On Purim his children would play ‘Bedouins’ in memory of what had happened.” (Kurrein, p. 7)

Louis Loewe pursued freelance scholarship while assisting patrons and long-term supporters. Well before settling in Sir Moses Montefiore’s entourage and starting a family (1844), Loewe embarked on his own version of the Grand Tour that took him to Africa and Asia (1839-1839) to study what he claimed to be the unexplored languages and cultures of Nubia and Circassia. Louis Loewe was widely known for his polyglot skills; in Celebrities of the Day: A monthly Repertoire of Contemporary Biography (April 1881, p. 63), he was described as a “monster of human languages; a Briareus [100-armed, 50-headed mythical creature – ed.] of the parts of speech”. Jessie Kurrein, in her portrayal of the scholar, claims Louis had perfect command of 39 languages. 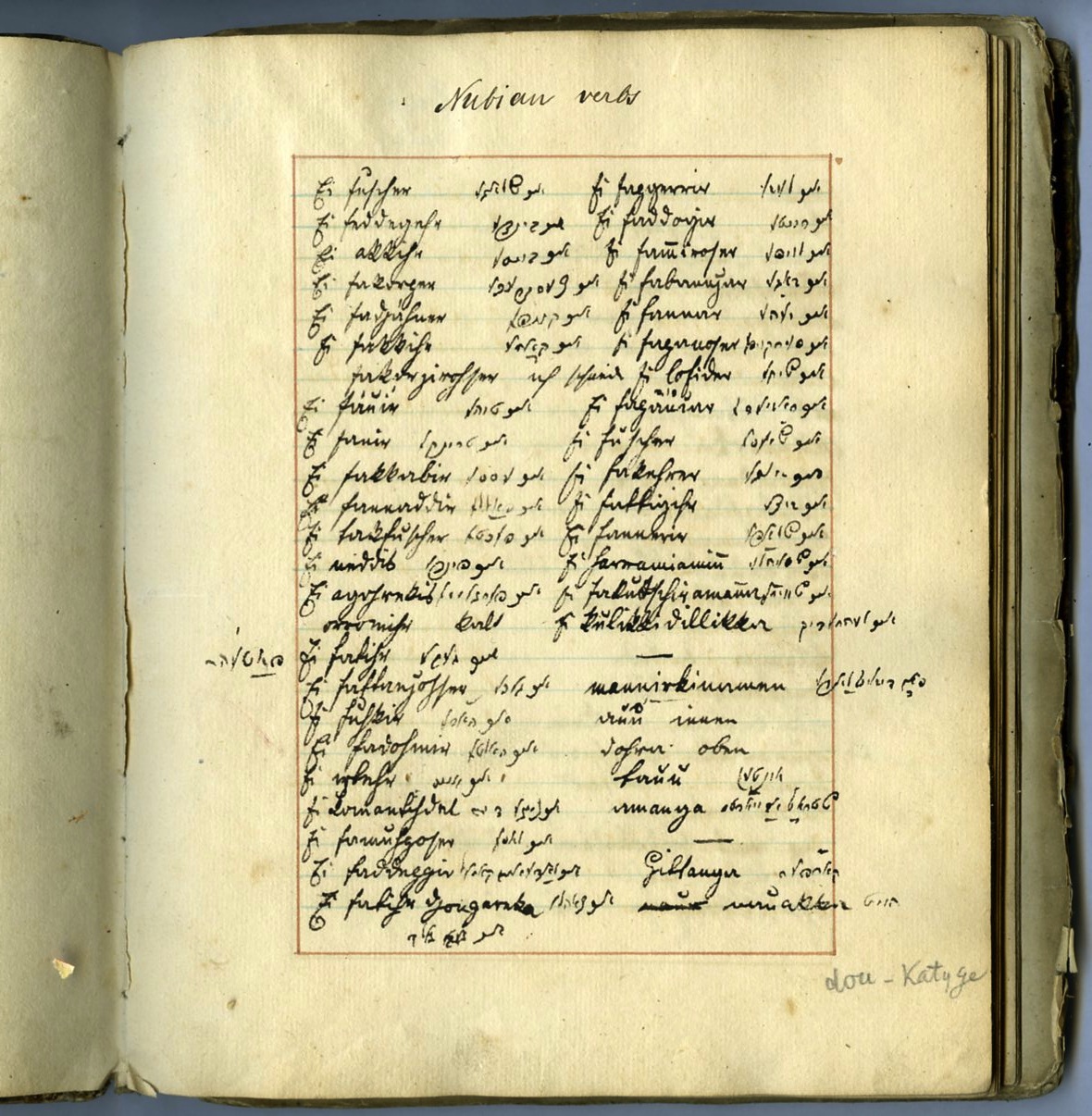 His notebooks and travelogues form part of our Personal Archive of Raphael Loewe.

Read more about the “The Loewe Family – A Scholarly Dynasty” in our article online (pp. 29-48).

This charm, assumed to have originated in Cairo is part of the Raphael Loewe pamphlet collection. It was probably acquired by Herbert Loewe, Raphael’s father, during his time as Master of English at the schools of the Alliance of Cairo and Abyassiyeh in Egypt.

All that is known of the original ownership is the bottom line in the margin: For the son of Elia Joseph, born 6 Marheshvan 5612 [2nd November 1851] (shown in the image below).

The Charm would have been placed over the cot as protection. This amulet is decorated with central Kabbalistic symbols including the star of David and the menorah. The Shema is the main text and the seven branches of the menorah are filled with seven verse from Psalm 67.

Loewe pamphlets: Follkore and Magic I,9

Chloe Loewe was a chemist and researcher; she was awarded a PhD in Biochemistry (c. 1950) from the University of London. She was registered as a Pharmaceutical Chemist in 1940 and worked as a researcher at King’s College, London in the laboratory next door to the one where penicillin was discovered. In 1948 when the National Health Service began she was working as a hospital pharmacist, and she became a fellow of the Pharmaceutical Society of Great Britain in 1954. She published several research papers including a project she worked on with her husband, Raphael Loewe called: ‘Treatment of Calculus in a fragmentary Hebrew Pharmacopeia” [1963?]. The fragment is held in the Raphael Loewe archive and is exhibited underneath her portrait.