After the success last year of the “Mystery Object”, the decision has been taken to run another competition for readers at the Library during Michaelmas Term 2014.

In the absence of any more obviously “mysterious” objects (the previous incumbent being a piece of reinforced concrete bent into an interesting shape after being rescued by a former member of staff during a refurbishment project), we have instead decided to link our new competition to a bit of library psychology, and equipment.

The blog below was the inspiration for this year’s adventure: 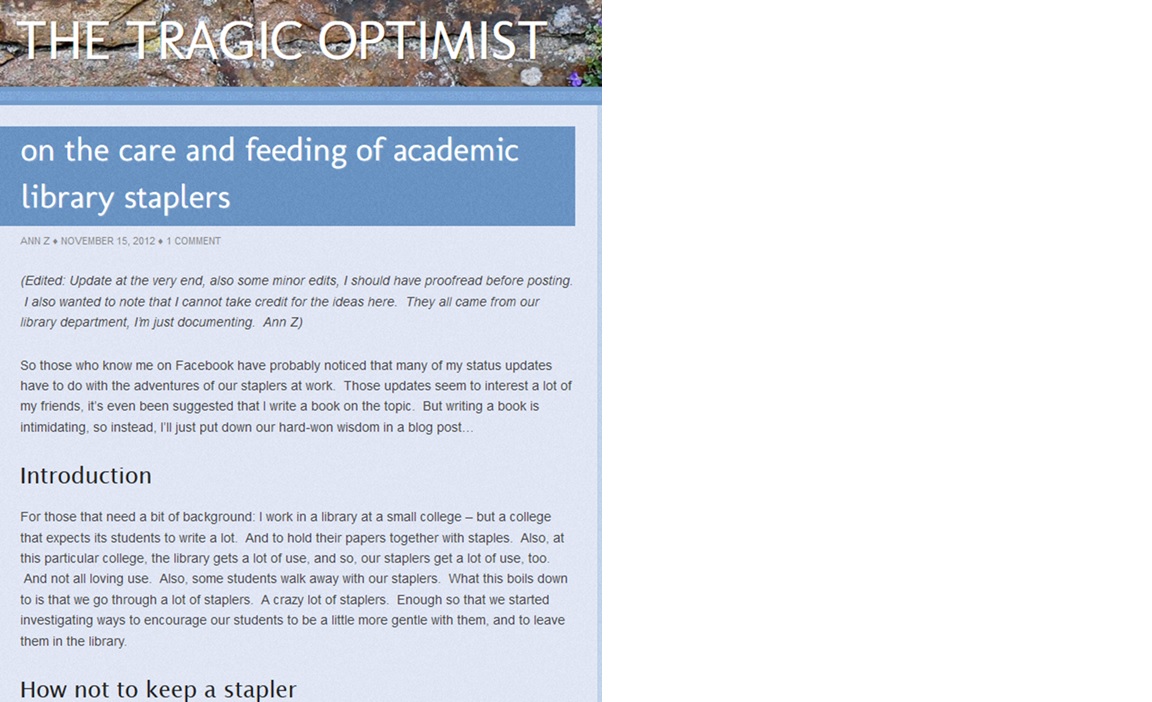 To summarise, the author mentions that staplers which have been given a name tend not to be broken as quickly as those which remain nameless, possibly because the users identify with them a little more as objects. With this in mind we have decided to run a “Name the Stapler” competition, having acquired over the summer a large, heavy-duty stapler which we would rather not die too soon. Anyone wishing to read the whole post can find it at: http://tragicoptimist.wordpress.com/2012/11/15/on-the-care-and-feeding-of-academic-library-staplers/

The rules of the competition are simple: find a name for the stapler. Entries can be via the Facebook Page or at the Library Desk, where a suitable receptacle will be found for paper entries.

Entrants must be a member of the University or hold a valid Library card.

The top prize for this year’s competition is a £10 book token, generously donated by Dinah Manisty. There will also be a chocolate-related runner-up prize.

Please refrain from any offensive or obscene suggestions; this is a bit of fun. Anything we deem inappropriate may be reported.

The winner and a runner-up will be announced during 8th Week.