January was a relatively uneventful month at the Oriental Institute Library, with the exception of the return of most of our readers at the start of Term, of course!

We were pleased to note that the hole in the ceiling down in the common room which caused a bit of concern during the electricians’ works before Christmas has now been prevented from leaking and covered over. Fortunately there was no danger to the library collections during the incident, which happened when a workman drilled through a heating pipe in the week before Christmas. We were intrigued by the ingenious device which was rigged up to take any residual leaking water safely into the drain of the sink in the kitchen: 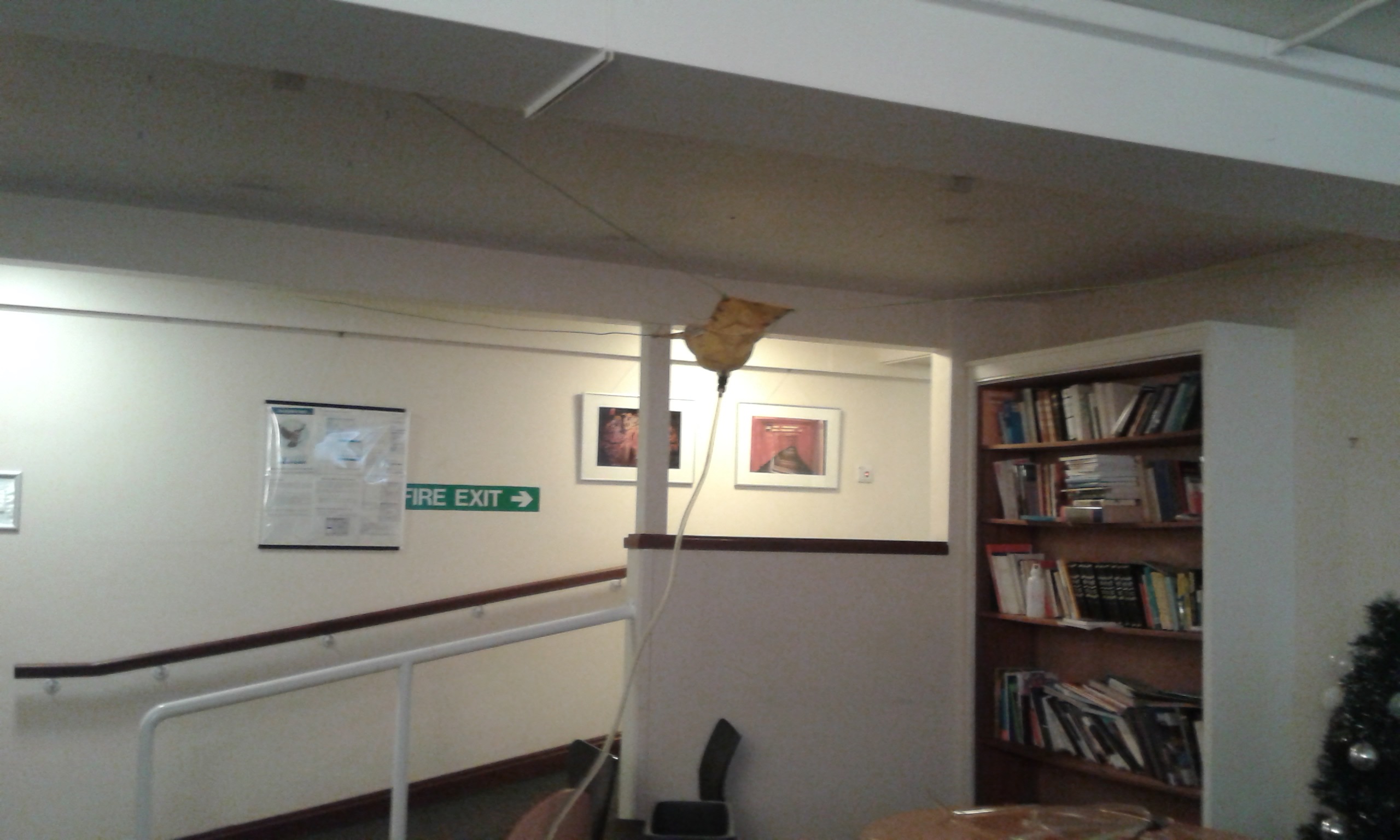 In broader library news, readers of South Asian collections may be interested to in this blog post: http://wp.me/p5Eblf-Yb which details the digitisation of the Chandra Shum Shere collection of Sanskrit manuscripts. We hope that some of you find this new resource useful!

Finally, we have been experiencing difficulties with the Bodleian Libraries wifi signal for the last week or so; possibly related to a power shut-down which happened on the weekend of the 21st-22nd January. This will hopefully be resolved soon, in the meantime readers can access the wifi via Eduroam or OWL, depending on their membership type.

We don’t have many of those either (it’s been very quiet here) except to refer people to the Open Access drop-in sessions which are taking place all over this term at various locations – see the picture in the previous post for details.