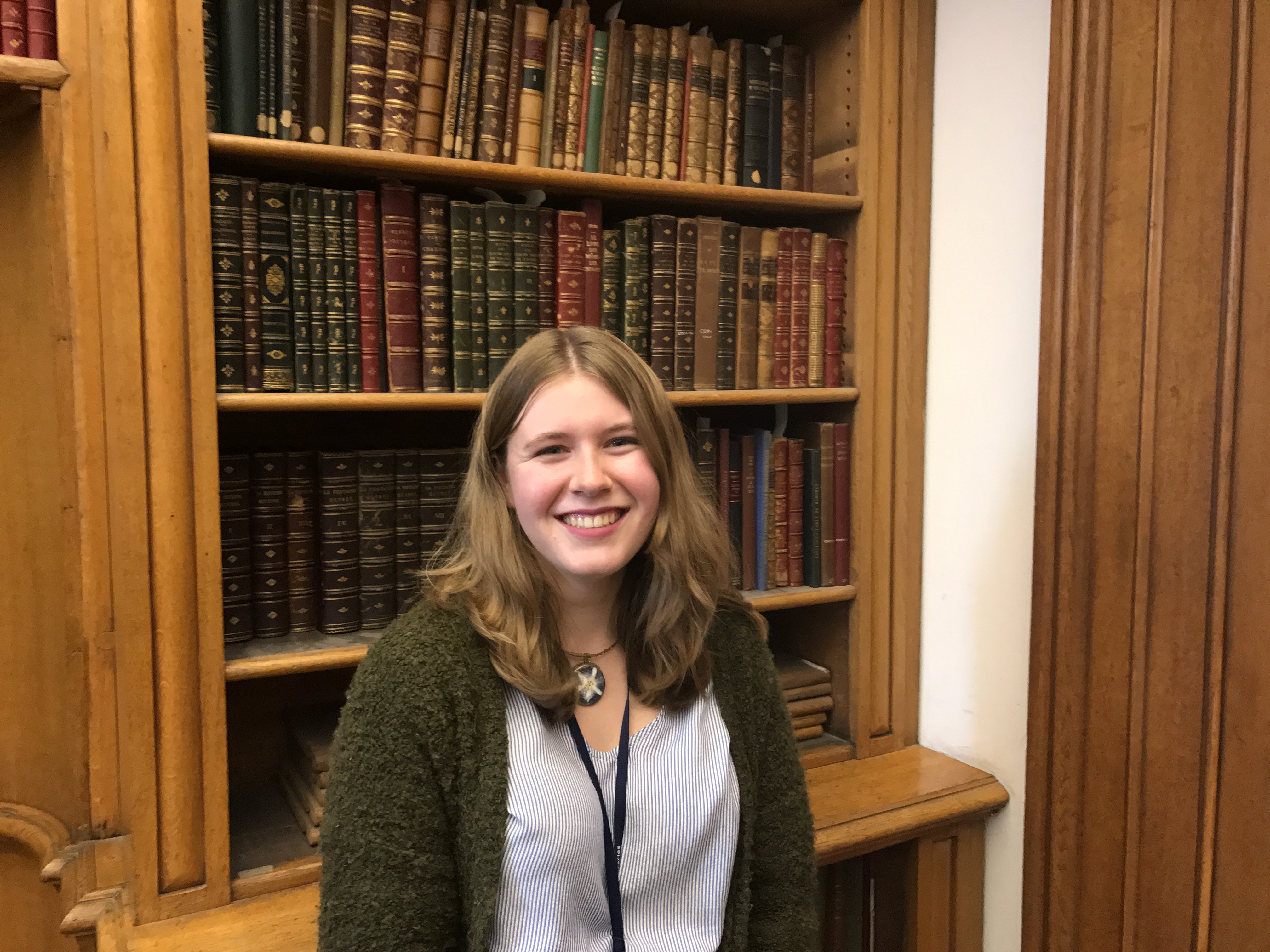 Me in the Enquiries Room

Hi everyone! I’m Katie, and I’m the new Graduate Library Trainee based at the Taylorian this year. I’ve only recently finished my Bachelor’s at the University of Chicago, where I’d been living for five years. I had some experience with the library work at UChicago, but confined to the Google Books Project rather than direct reader interactions, so my experience of work in the day-to-day ebb and flow of a library was pretty limited.

The Taylor Institution Library, or the Taylorian, as it’s also known, is on St. Giles, at kitty-corner with the Ashmolean, and the Sackler Library the next road over. It was established in 1845, when architect Sir Robert Taylor left a bequest for a centre for the study of modern European languages, which the university then placed in the east wing of the building built to house both the Taylor and the Randolph Galleries (which later became the Ashmolean); the library was officially opened in 1849. 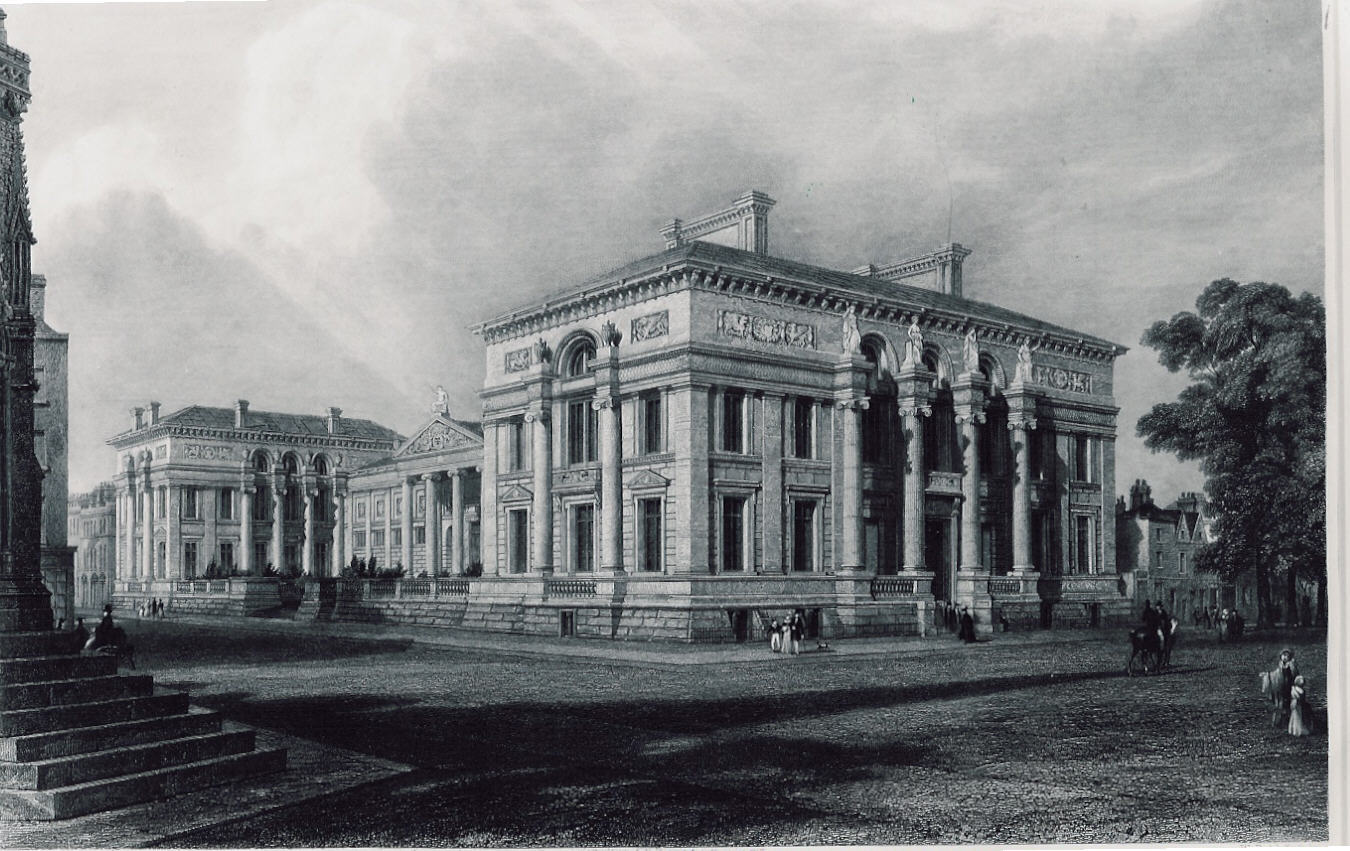 Exterior of the Taylor Library in the early years

In 1938 there was an extension made along St. Giles’ in order to accommodate the increasing collections that had resulted from the official establishment in 1903 of the Faculty of Medieval and Modern Languages, which have been centred around the Taylorian ever since. The latest growth of the library has been in the past five years, with its’ enveloping of the Slavonic and East European collections (previously housed in Wellington Square). 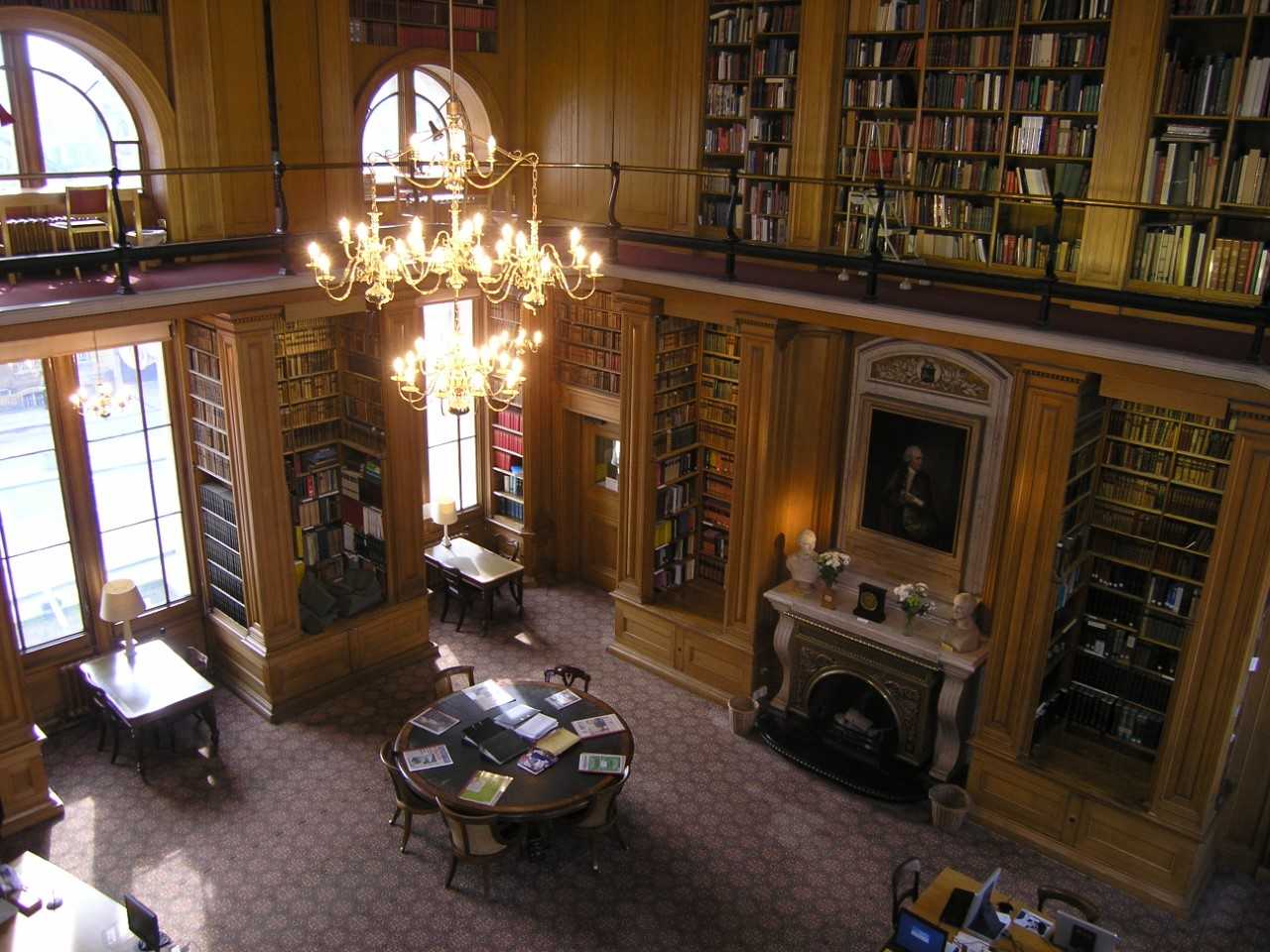 The Main Reading Room from the balcony

Here, amongst over 70,000 books, we now have both the Western and Eastern European languages collections, alongside the Slavonic collections and the collections for Linguistics, Film Studies, and Women’s Studies, all spread between over a dozen different cataloguing systems that have all grown on themselves. My previous library was all Library of Congress (LC), so learning them all has been rather a trial by fire! I’ve yet to get irreparably tangled, but I won’t get cocky just yet.

At the Taylorian, my tasks have been pretty split between the Circulation Desk on the ground floor (come say hello!) and the Enquiries Desk on the first, next to the Main Reading Room. Amongst many other tasks, so far I’ve processed the BSF (Book Storage Facility) deliveries from Swindon, processed incoming periodicals, prepped new DVDs for shelving, designed flyers for the new library tours, and (to my great excitement) gathered materials for an upcoming exhibition in the Voltaire Room on the White Rose group. All this alongside the day-to-day of the library, getting to know my co-workers and fellow trainees, and the group trainee training sessions out at Osney, where Bodleian departments like Staff Development, IT, etcetera, are based. There’s never been one day the same as the next yet, and now term has begun, that looks as though it will only continue. So far I’ve been having a wonderful time; here’s looking forward to a great rest of the year.