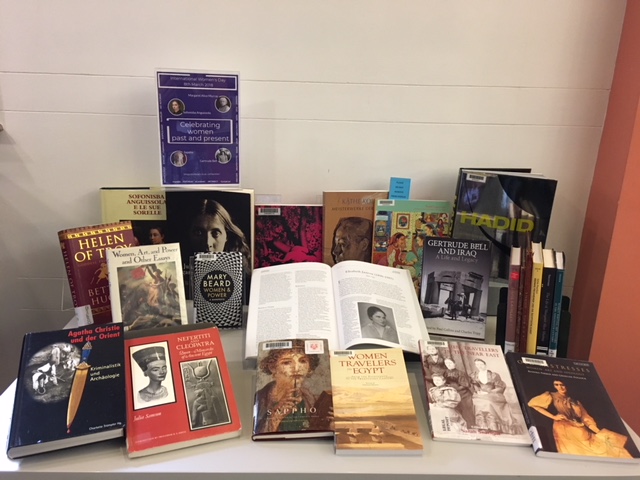 International Women’s Day is an event celebrated on 8th March every year that focuses attention on the efforts that have been made, are being made, and still need to be made, towards equality and women’s rights around the world. (See, in this regard, the New York Times’s Obituaries Overlooked series which includes, for example, photographer Diane Arbus and author Sylvia Plath.)

To coincide with International Women’s Day 2018, the Sackler’s Graduate Trainee has set up a book display in the library to showcase the work and contributions of women, past and present, in various areas of study covered by the library’s collections, including Egyptology, Ancient Near Eastern Studies, Archaeology, History of Art and Architecture, and Classics. 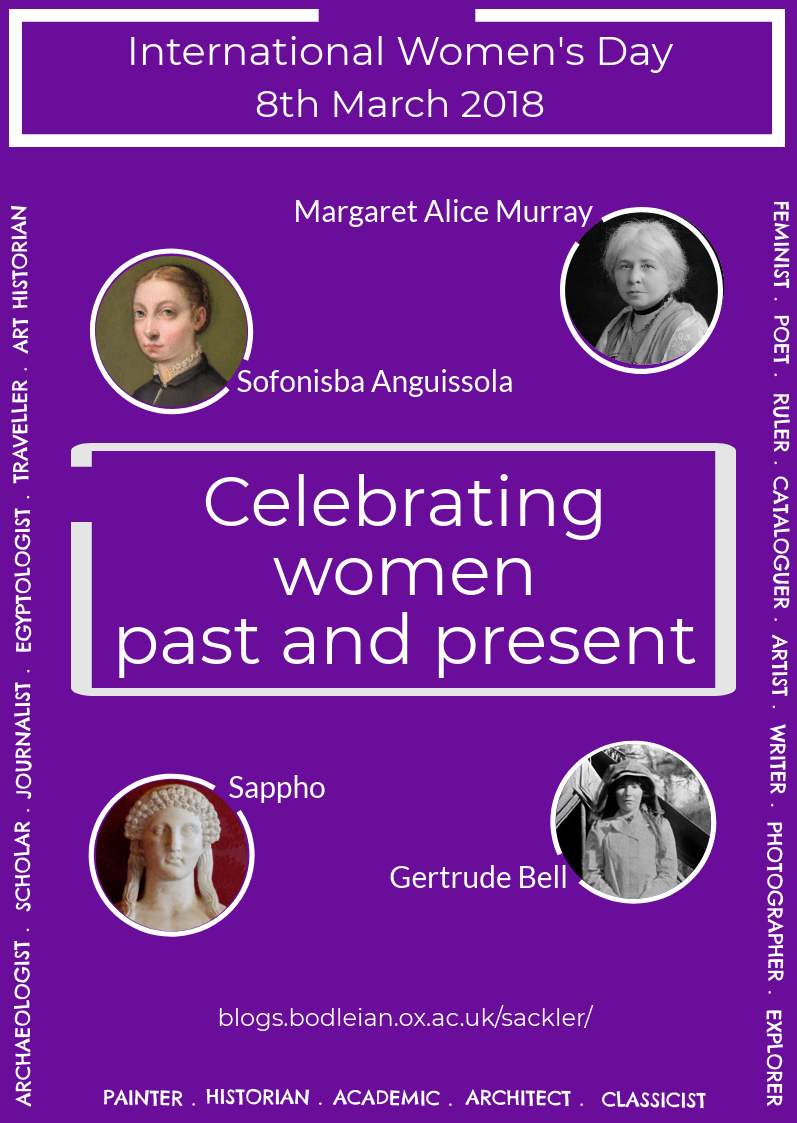 Subtitled Celebrating Women Past and Present, the display’s broad theme comprises individual women and their creative and intellectual contributions to the above-mentioned fields of study, as well as to wider society through various avenues: archaeological excavations and reports; travel writing and journalism; scholarly publications; paintings, drawings and photographs; and architectural designs. 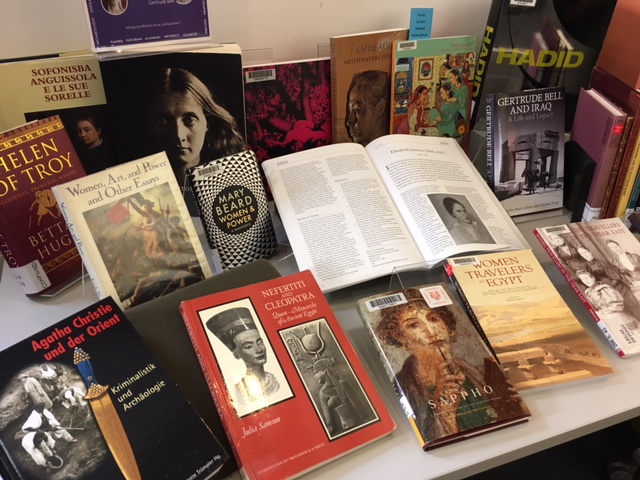 While many of the publications on display are detailed biographies of individual women – for example, twentieth-century British archaeologist Dame Kathleen Kenyon and Indian-born archaeologist, anthropologist, and folklorist Margaret Alice Murray – other publications bring together the work of several women active in a specific field. One such book is Women travellers in Egypt: from the eighteenth to the twenty-first century, which makes an excellent springboard for further research on women who travelled to, and wrote detailed accounts of, Egypt in that period.

We have also highlighted publications by some pioneering twentieth-century art historians. Frequently described as a seminal work of feminist art history, the 1971 essay ‘Why have there been no great women artists?’, published in ARTnews by the late Linda Nochlin (1931-2017), has greatly influenced the development of subsequent generations of art historians. To read more about Nochlin’s life, one of her many obituaries from late 2017 can be found here.

Our art and architecture collections are represented by a range of international women artists, from the Singh twins, Amrit Kaur Singh and Rabindra Kaur Singh, to Yayoi Kusama, Käthe Kollwitz and Zaha Hadid. We hope readers enjoy exploring the life and works of these women. To find other publications on the topic search the subject phrase ‘women artists’ (or ‘women architects’) on SOLO.

Writers are represented firstly by Agatha Christie, who was often inspired by her travels in the Middle East (the artwork for Le crime de l’Orient-Express (2013) is by photographer Martin Parr). We have also included one of the best-known poets from Classical Antiquity — Sappho — whose complete works have recently been translated by Diane Raynor (2014). This publication highlights not only the creative endeavours of a woman writing in the 7th-6th century BCE, but also the scholarly (and creative) work of a modern female translator, showing how women can give voice to women across the ages. Sappho is currently featured by the Bodleian Libraries in the exhibition Sappho to Suffrage: women who dared (Weston Library), which opened during the week of International Women’s Day.

It was, of course, impossible to include in the Sackler’s compact display as many fascinating and interesting women as are represented in the collections. We hope, however, that readers enjoy (re)discovering those selected for this year’s display, and that our chosen works spark ideas for further exploration and reflection on this year’s International Women’s Day. To this end, this blog post includes below not only a display list of the publications, but also a further reading list of other items in our collections.

Manley, D., 2013. Women travellers in Egypt: from the eighteenth to the twenty-first century, Cairo.

Chadwick, J., 2014. The decipherment of linear B, Cambridge.

Clapp, N., 2001. Sheba: through the desert in search of the legendary queen, Boston.

Fox, M., 2013. The riddle of the labyrinth: the quest to crack an ancient code and the uncovering of a lost civilisation, London.

Howard, J., 1990. Whisper of the muse: the world of Julia Margaret Cameron, London.

Murray, M. A., 1949. The splendour that was Egypt: a general survey of Egyptian culture and civilisation, London.

Olsen, B. A., 2014. Women in Mycenaean Greece: the Linear B tablets from Pylos and Knossos, Abingdon.