Black History Month has its origins in ‘Negro History Week’, established by historian Carter G. Woodson in the US in February 1926.  It steadily grew in popularity in the decades to come before becoming Black History Month as we know it in 1970.  It finally crossed The Pond in 1987 with its establishment in the UK by Ghanaian analyst Akyaaba Addai-Sebo.  The aim of the month is to commemorate important figures and events in the African Diaspora.

To celebrate Black History Month, we’ve set up a book display in the foyer of the Sackler.  The books featured in the display cover topics ranging from the work of black artists in 20th Century Britain, to the representation of race in art; and from the influence of Africa upon Western culture in antiquity, to the existence – or absence – of racism in the ancient world. 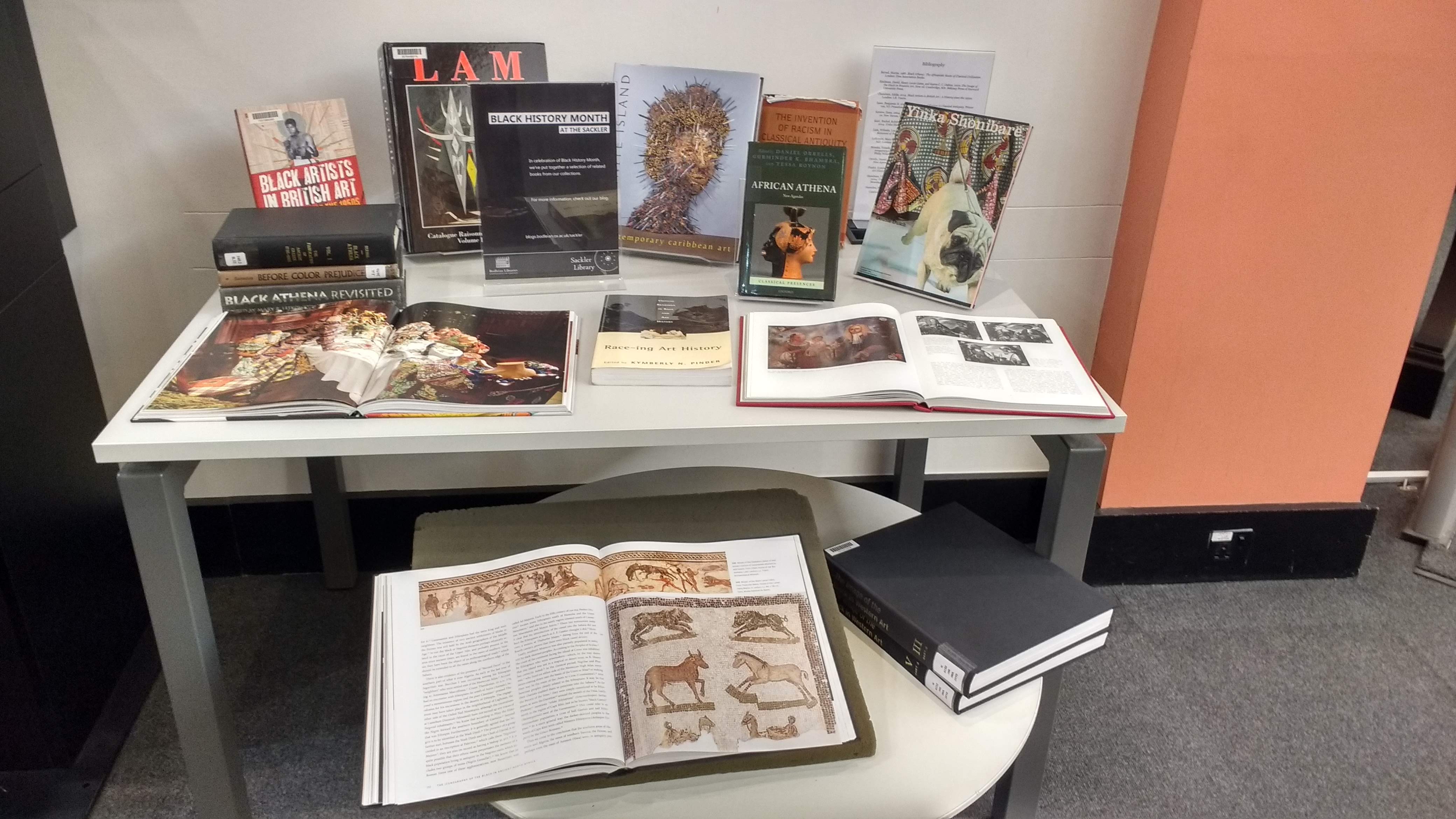 First of all, the display features a number of books on the art of eminent black artists. Yinka Shonibare – a British-Nigerian artist known for his work with brightly-coloured Dutch wax fabric ­– is particularly prominent (Yinka Shonibare MBE, Yinka Shonibare: Double Dutch).  Wifredo Lam (Wifredo Lam: Catalogue Raisonné of the Painted Work), a Cuban painter who melded Afro-Cuban culture with the radical artistic styles of the 20th Century, also features.  Finally, Black Artists in British Art: A History since the 1950s provides an overview of the contributions of black artists to the modern British art scene.

Inverting the focus, the display also includes a number of books on black people in art.  Readers looking to explore representations of Blackness in art over time need look no further than The Image of the Black in Western Art, a 10-volume series (of which 3 feature in our display) that exhaustively documents 5000 years of black people in art.  A more geographically-specific take on artistic representations of race can be found in Casta Painting: Images of Race in Eighteenth-Century Mexico, a beautifully illustrated analysis of paintings of racial mixing among Africans, members of the indigenous population and Spaniards in colonial Mexico and the racial dynamics showcased in these images.

Moving out of art and into antiquity, the display includes books representative of two thorny debates within classical scholarship.   The first of these is the infamous Black Athena: The Afroasiatic Roots of Classical Civilization.  In it, Martin Bernal makes the claim that ancient Greece was colonized by Egyptians and Phoenicians, and that from the 18th Century this influence was systematically obscured by Western academia.  Also included in the display is Black Athena Revisited, a collection of critical essays written in response to Bernal’s claims – a small sample of the scholarly firestorm that erupted following the publication of Bernal’s first volume in 1987.  Finally, African Athena is a more recent edited collection that seeks to re-open the debate while simultaneously moving beyond it, shifting its terms to focus on the intersections between the Greco-Roman world and Africa and the Middle East, and implications of those intersections.  The second debate featured in the display is the question of whether racism as we conceive of it today existed in classical antiquity.  In Before Color Prejudice: The Ancient View of Blacks, Frank Snowden contends that African blacks, far from being looked down upon, were in fact respected by Mediterranean Caucasians for their martial and mercantile prowess.  Representing the other side of the debate is The Invention of Racism in Classical Antiquity, in which Benjamin Isaac seeks to refute the view that the prejudice of ancient Greeks and Romans was merely cultural, not racial.

We hope that this display serves to highlight both the achievements of individual black artists and the influence of the African diaspora on Western culture more widely.  Furthermore, we hope that it illuminates some of the ways in which race plays a part in the subject areas covered by the Sackler’s collections.  The display will run until the end of the month, but the bibliography will remain accessible on this blog post.

We welcome suggestions for future book displays.  Please speak to a Reader Services staff member if you are interested. 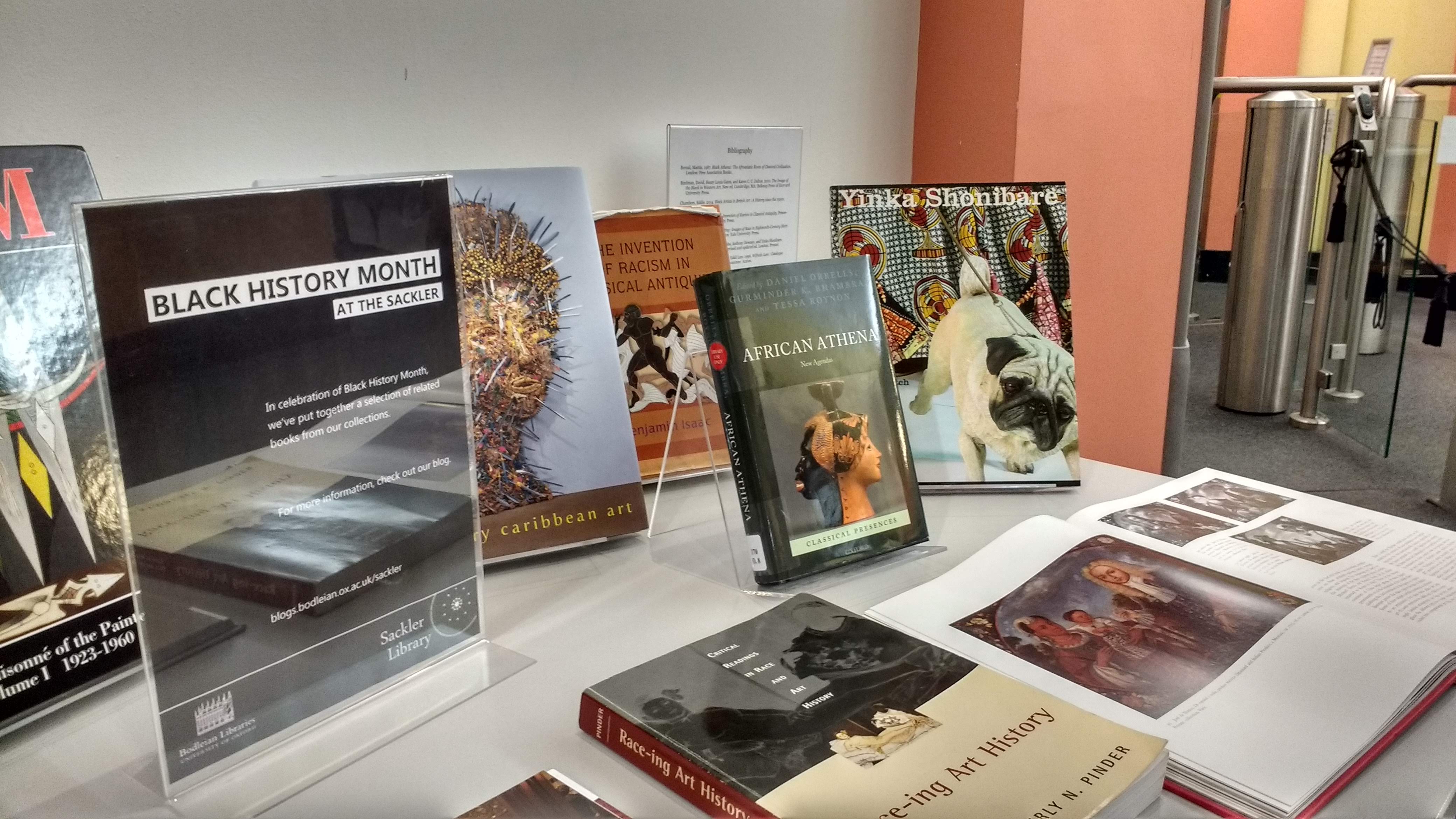 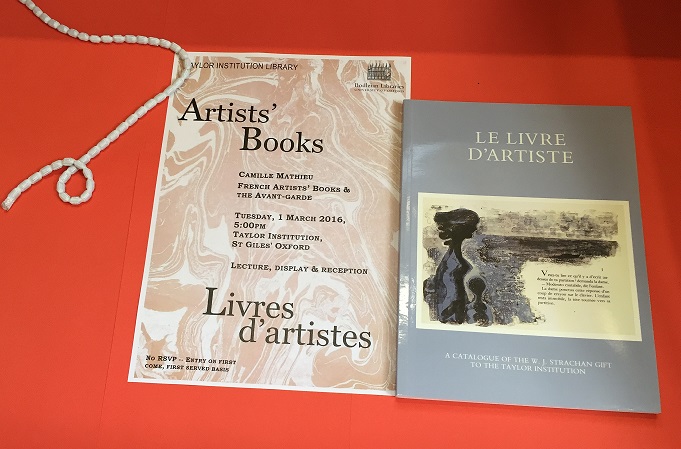