The Bodleian Libraries’ (and the Sackler Library’s) approach is to prioritise the safety of our staff and readers, whilst working hard to make it possible to ‘Keep the University reading’.

Library buildings
All library sites and reading rooms are closed to readers until further notice.

Library services
Our physical services are suspended, whilst we both continue and expand our digital services. 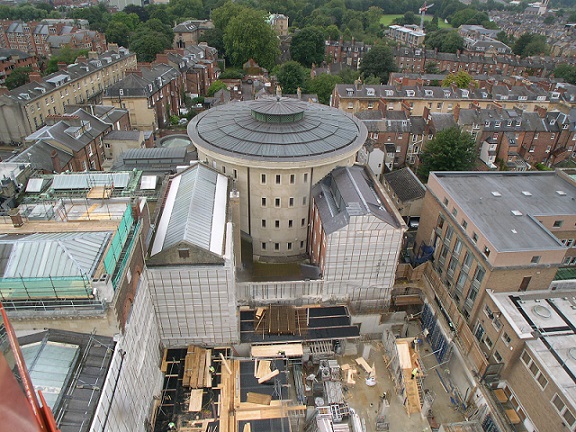 While we are working hard to ensure we can maintain our digital services, and expand them where possible, we will be able to do this only when it does not compromise the health and safety of our staff.

Note: Many digital services, like our catalogue SOLO or ORA are accessible to all, while some of the services and resources noted above are restricted to Bodleian Libraries card holders (Single Sign On required).

Navigating the Sackler Library — and Finding the Books You Need!

As any reader at the Sackler Library can attest, the library presents some navigational challenges. Thanks to the combination of a confusing circular layout and the large number of different shelfmark schemes in use, it can often be difficult to find the book you’re looking for without spending an eternity wandering in circles – even for staff!

In response to these navigational challenges, I began work on an interactive floor plan website in November 2018, which built upon the foundation of our existing paper floorplans – the Sackler is a five-floor library.  Through the combination of the existing (though much cleaned-up) SVG files for the paper floorplans, a hand-gathered file of shelf content information, and bit of JavaScript to weld the two together, version 1.0 was born. This early version, released for staff use in January 2019, allowed one to virtually browse the shelfmark ranges present on each shelf (and there was much rejoicing). However, as useful as this prototype was, it was clear from the very beginning that browsing alone was not enough: the floorplan had to be searchable.

This next part was rather more involved. To write a programme that could reliably identify SIX (!) different shelfmark schemes was one thing, but to account for every possible variation and error present in the library was quite another. After weeks of poring over spreadsheets of shelfmarks and endless tests of the pattern matching code, I created a system that could reliably identify any Sackler shelfmark entered and break it down into its constituent parts. This also allowed for the automatic identification of all the weird and incorrect shelfmarks hiding throughout the library, leading to hundreds of corrections. Bonus!

Now able to identify shelfmarks, the system needed to be able to locate them within the library. This actually took the most time to implement, firstly since every individual shelf had to have its shelfmark range recorded; and also because each shelfmark scheme needed to be handled differently (special prize for the shelfmarks that use Roman numerals). In summary: when a shelfmark is entered, it is broken down into elements (e.g. NA/680/.5/A45/PAL/2005), which are then compared against each shelfmark range (also broken down in the same way) recorded in the shelf content data file already created for version 1.0. When a matching range is found, the shelf associated with that range is highlighted on the map

Version 2.0 is very capable: the vast majority of Sackler Library material is searchable, including folios and pamphlets, allowing readers and staff to instantly find the exact location of any shelfmark within the library. After a period of internal use, the website was launched to readers back in Michaelmas term 2019: it can be found at floorplan.bodleian.ox.ac.uk/sackler and can be used on mobile devices. There are still refinements planned, so all feedback and suggestions for improvements are welcome.