One of the most exciting exhibits is the portrait identified as Mary Shelley, never before seen in public and now the latest addition to the Bodleian’s Shelley collections. Some months ago its owner, Mr. Patrick Bedford, kindly agreed to lend the portrait for display; then, just a few weeks before the exhibition’s start, he generously converted the loan into an outright gift to the Bodleian.

I first saw the portrait about ten years ago, when Patrick’s wife Katy brought it to Oxford for comparison with the Bodleian’s miniature of Mary Shelley by Reginald Easton. The larger portrait, painted in the 1840s, shows a woman in middle age. The later Easton miniature, painted after Mary’s death for Sir Percy and Lady Shelley, idealizes her as she might have been in her younger days. Katy and I agreed that there were strong points of similarity between the two younger portraits (and with the one in the National Portrait Gallery), especially in the sitter’s hair-style and in the shape of her mouth.

On Wednesday, 10 November 2010, Dana Josephson and Alistair Orr of the Library’s exhibitions staff visited Patrick and Katy at their home to collect the portrait. They took the opportunity to photograph Patrick and Katy with the picture (below), just taken down from the wall where it had been hanging for many years. In an informal interview, Partick recalled that he had ‘bought it in a tea-chest full of second-hand books’ at a London sale around 1955-6. The sale had been organized for Harrods by one of the smaller London auction-houses, Debenham Storr [later Debenham Coe, finally taken over by Christie’s South Kensington]. The sale contained ‘nothing but a lot of rubbish except for this one lot’; so Patrick bought the tea-chest, because he ‘quite liked Shelley, and used to buy books and poetry’. It was only later on that he ‘pulled out the portrait’ from the chest … it had ‘nothing to remind you of anything, except that it had on the back that it was of Mary Shelley – rather good, I suppose!’

Katy explained that many of the goods being sold in this way around that time had come from the Harrods Depository, the huge warehouse near Hammersmith Bridge; during the 2nd World War, many people had used the Depository to store their possessions, which were being sold off from there in the 1950s. Patrick felt that there was some advantage for the portrait in having been left forgotten: apart from some slight damage, it is in bright and original condition, completely untouched and unrestored – ‘Lucky it was thrown in that tea-chest, because it didn’t get messed around with!’ When Patrick found it in the tea-chest, it was unframed, so an appropriate frame was found for it later.

In due course Patrick visited the National Portrait Gallery to study Richard Rothwell’s portrait of Mary Shelley there, just as Katy later came to the Bodleian to see the Easton portrait. They are delighted that, alongside the Easton miniature, the gift of the portrait to join the Bodleian’s Shelley collections will allow middle-aged Mary to be exhibited and studied ‘next door to her younger self. They belong together, don’t they?’ 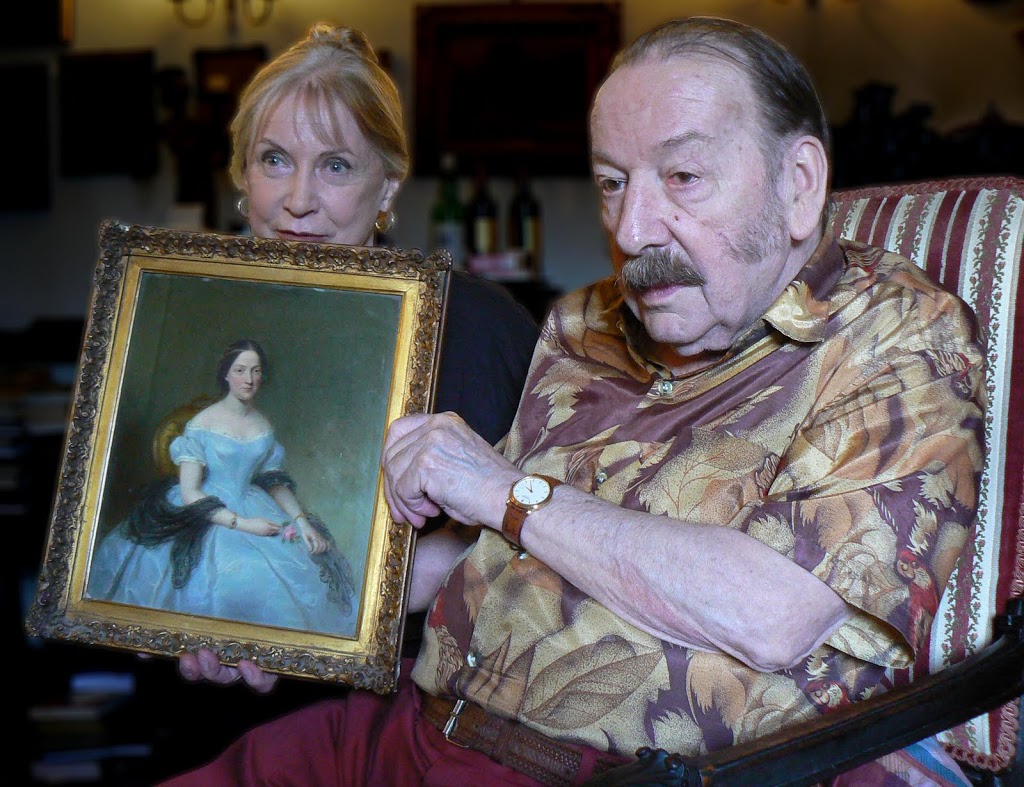