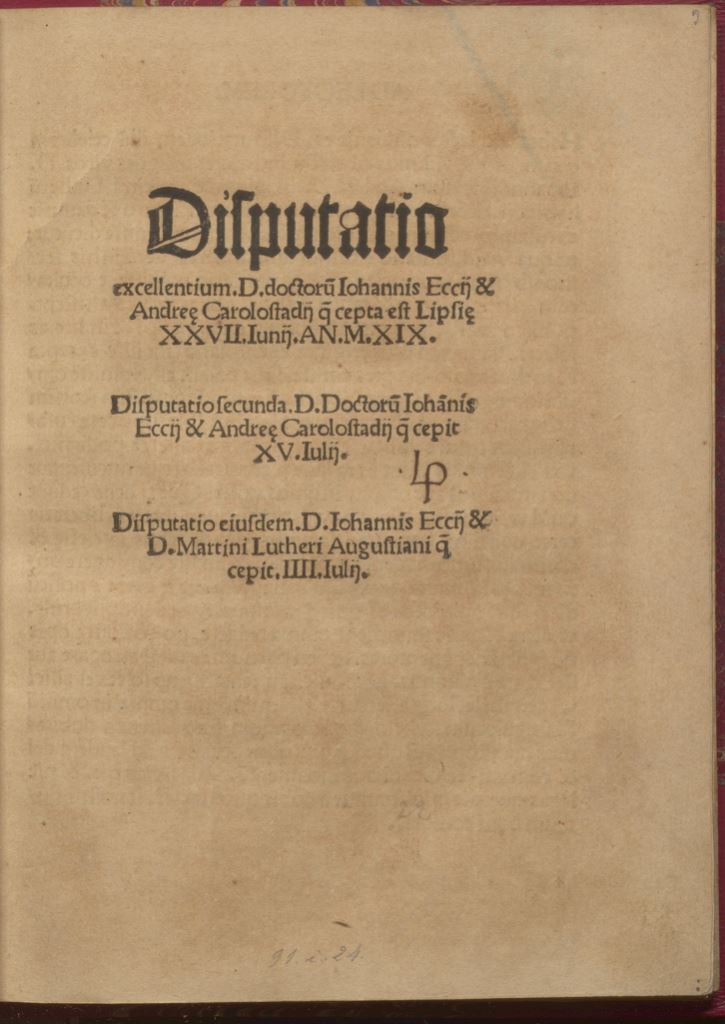 The theses presented are part of a combined print that contains speeches from the famous theological debate in June and July 1519 known as the „Leipzig Debate“. Johannes Eck, as a defender of the old catholic views, argues with the reformers Martin Luther and Andreas Bodenstein von Karlstadt. The theses I transcribed are dated June 27th and discuss, among other things, the key controversies of papal authority, indulgences and freedom of the will.

What makes it so exciting and valuable in comparison to other books transmitting texts from the Leipzig Debate, is that it is a very rare print (currently presumed to be printed in Erfurt by Matthes Maler in 1519), which is virtually unknown in reformation studies. Most research is based on an edition printed in Leipzig in 1519 by Melchior Lotter the elder, which differs from this edition.

In Göttingen there is a ground-breaking critical digital edition currently being worked on, which aims to edit the entire collected works of Andreas Bodenstein von Karlstadt. The first approx. 70 texts from the years 1507 to 1518 are already online and can be viewed as comprehensive, critically edited transcriptions in parallel with high quality facsimiles. At the moment, the following years’ texts, ranging from 1519 to 1520, are in the process of being transcribed, including the theses from the Leipzig Debate. Providing the digitised facsimile of this rare print is a valuable contribution to this and subsequent projects.