On 28th October, the world leading expert on Sorbian Dr Gerald Stone, fellow of Hertford College, gave an inspiring lecture in the seminar series ‘Introducing Endangered Languages’ which is being organised by the Taylor Institution Library.

The Sorbs or ‘Wenden’ as they are called in German, are a Slavic nation that have always lived in Central Europe. Nowadays the Sorbs live in the area around Bautzen/Budissin and Cottbuss in Germany, close to the Polish and the Czech border. In former times, the Sorbian area streched to the rivers Elbe and Saale in the west. When Martin Luther preached in Wittenberg in the early 16th century he would have had Sorbian speakers among his German speaking congregation. 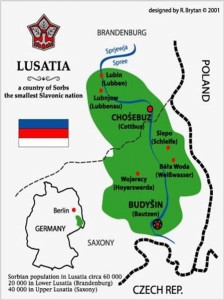 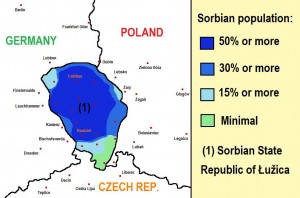 Sorbian is divided in two dialects, known as Upper-Sorbian (around Bautzen) and Lower- Sorbian (north of Cottbuss). Interestingly, the difference between the two Sorbian dialects is very much based on religious differences between Protestants and Catholics who lived in fairly closed communities in separate villages. Since intermarriage did not happen much, the villages kept their religious identity and traditions and therefore their dialects for a long time. Although there are morphological and phonological differences in addition to lexical differences between Upper and Lower Sorbian, they are still regarded as one language. The future of Sorbian seems best guaranteed in Catholic villages, mainly in Upper Sorbia, where children speak Sorbian, whereas in Protestant villages that are mainly in the north, there is hardly anyone below the age of 50 still speaking the language. The Sorbischer Sprachatlas (Sorbian language atlas) gives a detailed overview of the Sorbian dialects and the parishes in which the dialects are spoken. Just across the Polish border, no Sorbian or related dialect is spoken at all due to political circumstances after WWII when Poles from east Poland settled in the area. 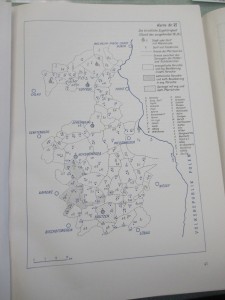 The number of Sorbian speakers is estimated at over 6000 for Lower Sorbian and 15,000 for Upper Sorbian. The number of Sorbian speakers diminished greatly during the Nazi era, Sorbs being displaced or worse. The socialist government of the GDR took the opposite view and protected the Sorbs, enabled Sorbian schools and subsidised the publishing house Domowina, which still exists. Nowadays, the lack of economic prospects in the region is a threat for the future of Sorbian, and many young people seek employment further west.

All Sorbian speakers are bilingual, and like to see this reflected in street name signs. In the GDR era when Sorbian was supported by the state, both languages were represented in the same font size, whereas nowadays, the German names are presented bigger than the Sorbian names. As the joke goes, this is because Germans are short-sighted…. 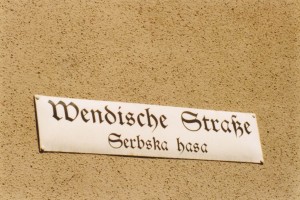 Sorbians have lived in the area for centuries and maintained their traditions. A well known tradition is the Easter riding or ‘Osterreiten’. At Easter, the Catholic men from one village ride in procession to the next village to announce the good news of Jesus’ resurrection. Men from this village then pay a visit in return. All ride on black horses, each procession can encompass up to 400 riders in black hats. 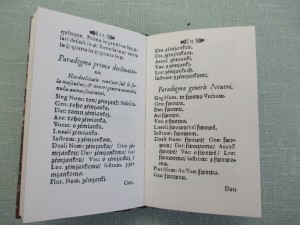 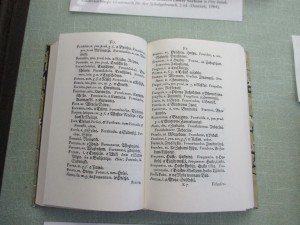 The Taylorian also holds a rare copy of the hymnbook by August Hersen who translated hymns by Graf Nikolaus von Zinzendorf into Sorbian in 1750. This copy Hłós teje njewjesty Jezusoweje…was donated to the Taylorian by Dr Stone in 1973. 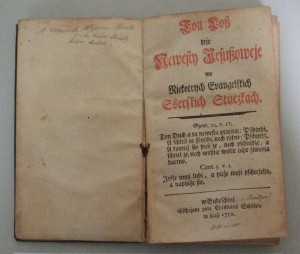 The first Bible in Sorbian was printed in 1728 in Bautzen. Dr Stone kindly lent his copy of this leather bound bible for the exhibition. 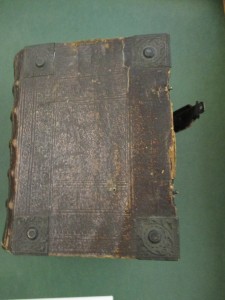 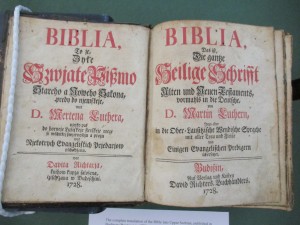 I thank Dr Stone for supplying the captions for the exhibition, for his time spent in preparing the exhibition and telling me about the Sorbs. Without his contributions, I could not have written this blog. His latest book will be published in December this year. 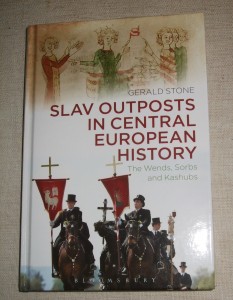