It would be difficult to account for the whole of Modern Greek literature in a single lecture; indeed, the only possible approach is through selected highlights. This is precisely what Peter Mackridge, Oxford Professor of Modern Greek (1996-2003), contrived to do in his lecture in the Bodleian Libraries lecture series ‘Literatures of Multilingual Europe’, which took place in Michaelmas Term 2018. [You can see the full podcast of the lecture at http://podcasts.ox.ac.uk/introduction-modern-greek-literature.] 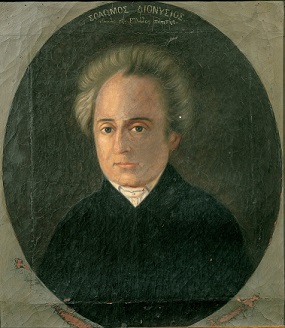 In a wide-ranging talk, which began with the nineteenth century Romantic poet Dionysios Solomos and then circled back to him by way of Medieval, Renaissance and Modern writings, Peter took his audience on a whistle-stop tour of the major landmarks of Modern Greek Literature.

Beginning with the humorous Medieval begging poems of an author known to us only by his pseudonym, ‘Poor Prodromos’, Prof. Mackridge went on to delineate the 16th-17th century Cretan ‘Renaissance’ verse romances and the beginnings of the Modern period in the Greek revolution of 1821. Apart from Solomos, the ‘Father of Modern Greek Poetry’, Prof. Mackridge noted the two most prominent exemplars of 19th century Greek prose, Emmanouil Roidis (author of the subversive satire ‘Pope Joan’, first translated into English in an abbreviated version by Lawrence Durrell) and Papadiamandis, whose extraordinary realist novel ‘The Murderess’ has recently been retranslated by Liadain Sherrard. Prof. Mackridge himself has translated the long short story, ‘Around the Lagoon’. 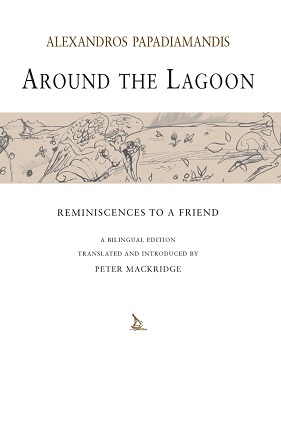 Around the lagoon by Alexandros Papadiamandis (1851-1911), translated by Peter Mackridge.

As Prof. Mackridge pointed out, the astonishing continuity of Greek literature (defined as literature in Greek) is largely inherent in poetry. C.P. Cavafy, the best-known and most-translated Greek poet, who died in 1933, preceded the so-called Generation of 1930, whose shining lights include George Seferis, Yannis Ritsos and Odysseas Elytis.

Seferis and Elytis both won the Nobel Prize for Literature, whilst Ritsos was awarded the Lenin Peace Prize. All three poets have had their work set to music by Mikis Theodorakis, whose settings have proved hugely popular with people from all walks of life.

Among the issues discussed by Prof. Mackridge were the school syllabus, with its emphasis on national pride and the glorification of heroes of the War of Independence, and the related emphasis in Greek culture (including the arts) on identity: what it means to be Greek. Here, there were humorous references to “Zorba the Greek” (Kazantzakis) and the stereoptyping to which English translations of this work (there is no “the Greek” in the Greek title) have contributed. 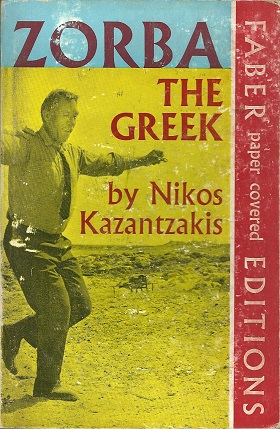 At the beginning of his talk, Prof. Mackridge apologised for his exclusion of women writers. In fact, much of the period under discussion yields no well-known female authors, but the twentieth century has produced women novelists and poets of some stature, including Maro Douka, Rea Galanaki, Jenny Mastoraki, Maria Laïna, Evgenia Fakinou and Kiki Dimoula. There were also earlier poets, such as Maria Polydouri, who was popular in her day though her work has not really stood the test of time. The one woman writer referred to, the poet and novelist Ersi Sotiropoulou, was mentioned in connection with her recent fictionalised account of an episode in the life of C. P. Cavafy. 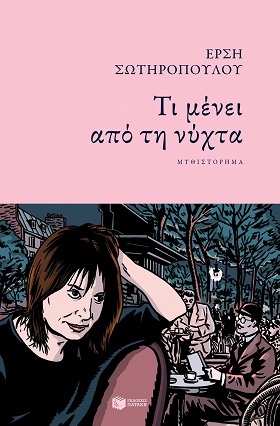 Ersi Sotiropoulou, ‘What’s left of the night’, (Patakis, 2015). A fictionalised account of an episode in the life of C. P. Cavafy.

Rea Galanaki’s acclaimed novel, ‘The Life of Ismail Ferik Pasha’, translated by Kay Cicellis,  makes an interesting companion volume to the Nobel laureate Ivo Andric’s last novel, ‘Omer Pasha Latas’ (1968), recently translated by Celia Hawkesworth (winner of the 2019 Weidenfeld Translation Prize for this volume). ‘The Life of Ismail Ferik Pasha’ has been described as an ‘elaboration’ on Borges’ traitor-hero theme (Beaton, An Introduction to Modern Greek Literature, p. 291). It creates a biography for a historical figure about whom almost nothing is known. Seized in Crete as a child by the Ottomans and sold as a slave in Egypt, Ismail eventually becomes the leader of the Ottoman Egyptian army and  returns to Crete to quell a local revolt. In parallel to Ismail, Andric’s Omer Pasha is a Christian boy who converts to Islam and becomes commander-in-chief of the Sultan’s armies.

Maria Iordanidou’s autobiographical novel Loxandra is set in pre-1922 Constantinople/Istanbul. This is an earlier version of the world of the popular Greek film ‘Politiki Kouzina’/’A Touch of Spice’ (Tassos Boulmetis, 2003).

Karen van Dyck has done much to bring contemporary Greek women poets to an English-speaking audience and the leading translator of Modern Greek Literature, David Conolley, has produced sensitive renderings of Kiki Dimoula.

For readers who would like to read some Modern Greek literature in excellent translations, the following selection is highly recommended. This select bibliography (compiled by Sarah Ekdawi) is followed by Prof. Mackridge’s more extensive bibliography, used to illustrate his talk.

* Names marked with an asterisk are Oxford alumni

Menis Koumandareas, Their Smell Makes me Want to Cry, translated by Patricia Felisa Barbeito and Vangelis Calotychos, (University of Birmingham, 2004)