The lecture series on Literatures of Multilingual Europe, most of which took place in the course of Michaelmas 2018 came at a very significant time. As we were giving our talks at the Taylorian, we could hear the almost imperceptible sound of the Brexit time-bomb  ticking  towards its final countdown like the calm before the storm. How ironic to introduce ‘lesser-known’ European literatures such as Scandinavian, Irish, Hungarian, Czech, Polish, Modern Greek, and Yiddish to -our English-speaking audience at a time when we  could not even take an interest in the more mainstream ones for granted? This thought kept nagging  away at the back of my mind as we discussed the rather flimsy position of translated literature in the UK and the US during our introductory panel.

2018 was a particularly successful year for Polish literature and film in the UK. The Man Booker International Prize was awarded to Polish contemporary writer (and later the 2018 Nobel Laureate in Literature) Olga Tokarczuk and her American translator Jennifer Croft for Flights (Fitzcarraldo). This happened only the year after yet another Polish author, Wioletta Greg (based in the UK), made it onto the longlist alongside her translator Eliza Marciniak for Swallowing Mercury (Portobello Books). In 2019, Tokarczuk was shortlisted again with her other translator, Antonia Lloyd-Jones, for Drive Your Plow Over the Bones of the Dead (Fitzcarraldo). Some might call it a literary hat-trick, others might see it as a positive trend for the British reception of Polish works. In other news relating to the visual arts in 2018, the UK-based and Oxford-educated Polish director Paweł Pawlikowski, known for his previously Academy-awarded Ida (2014), created another black-and-white masterpiece entitled Cold War. The film earned him the Best Director prize in Cannes and three nominations for the Academy Awards including Best Director and Best Foreign Language Film. 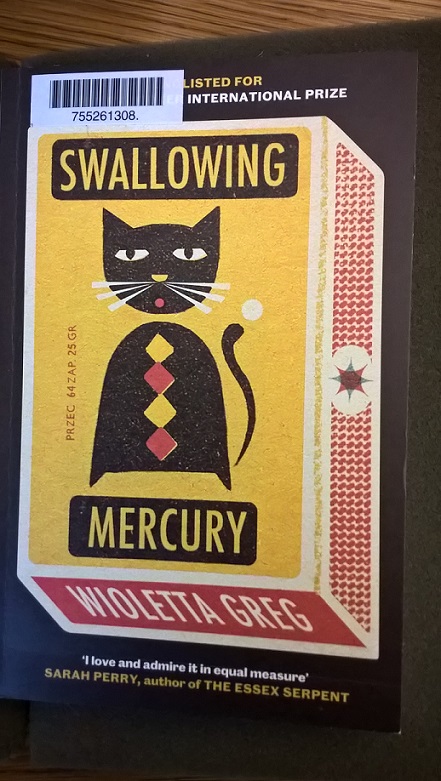 While this was clearly a reason to celebrate the significance of Polish artistic output in the UK, it still felt like a parallel universe somewhat disengaged from everyday problems. Polish is currently the second most widely spoken language in the UK after English and, on a wave of anti-EU sentiment, the Polish minority in the UK has been subject to a range of xenophobic assaults, including verbal and physical violence such as hostile graffiti, offensive messages and gang attacks. Of course, there  have been strong moves to commemorate the presence and contribution of Poles in the UK way before 2004 (e.g. the Chopin statue in Manchester, the Joseph Conrad bike tour, Polish ENIGMA code breakers in Bletchley Park, the statue of war hero General Maczek, the statue of Wojtek the Bear, and the Great Polish map of Scotland, to mention a few). 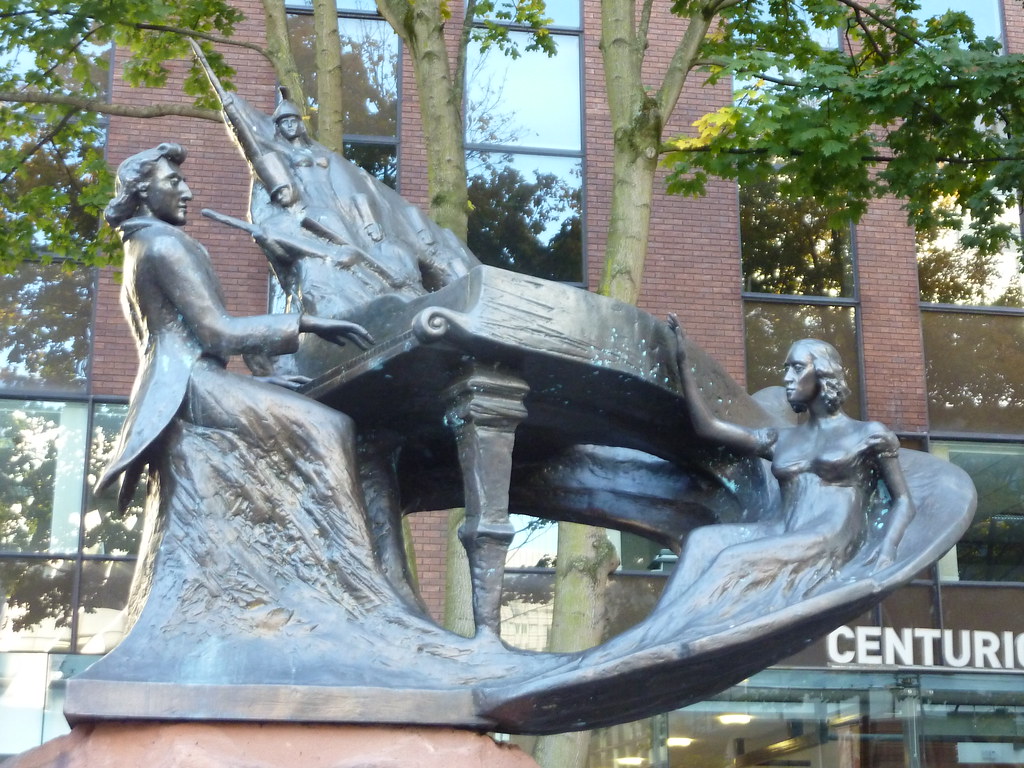 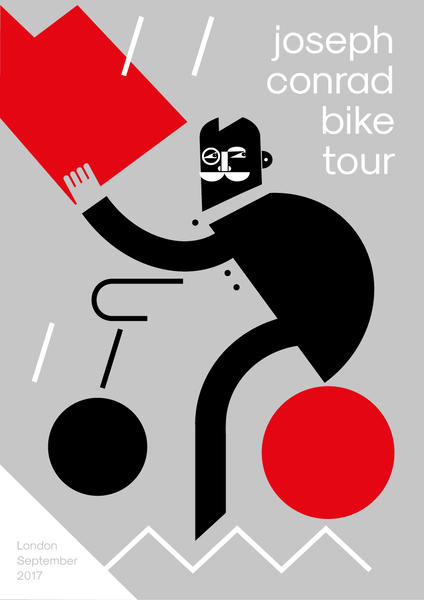 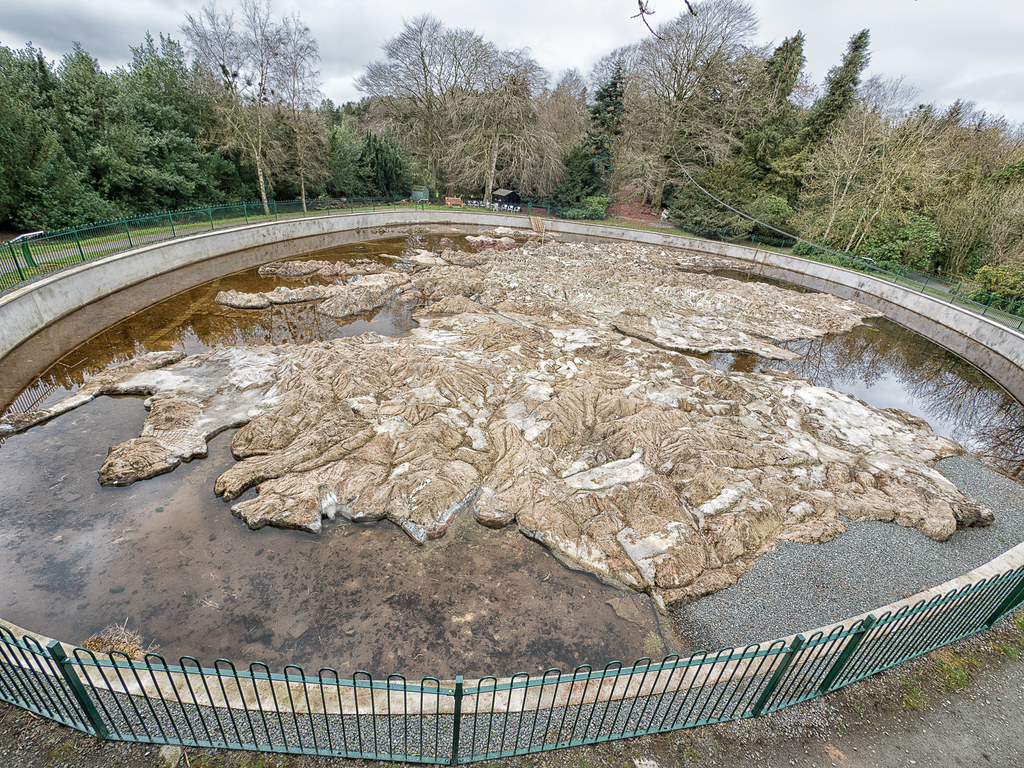 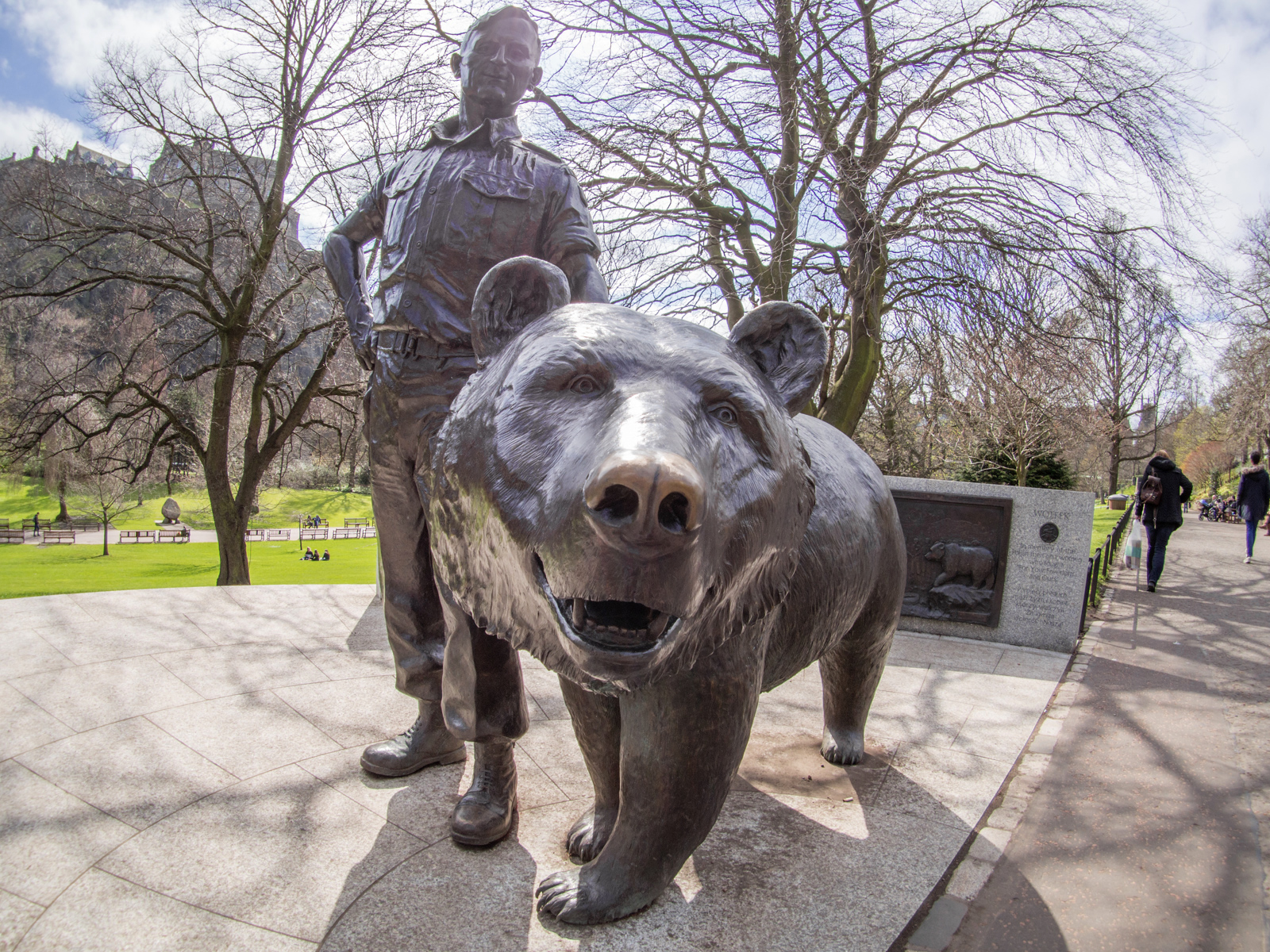 Statue of Wojtek the Bear, Edinburgh

However, it is very difficult to  bring the two divergent worlds together, when there is so little academic interest in Polish literature and culture. Whilst the study of the history, economy, and politics of the country is also crucial, elevating and re-evaluating the status of Poland’s vibrant literary and cultural activity across the centuries might be a more promising way of changing  the way it is perceived ‘under Western eyes’. This was partly the intention of the introductory talk which I gave for the series. In addition to serving as a taster of a lesser-known literature and highlighting the Bodleian and Taylorian’s collection, the talk was meant to condense the long rich history of a literature which represents Britain’s ‘invisible minority’. This literature perhaps remains overshadowed by the stereotyped view of a community which is thought of as just another Eastern European country supplying the UK with skilled manual labour.

2018 was also symbolic for another reason: it marked the centenary of Poland regaining its independence after more than a century of being partitioned between three empires (those of Prussia, Austria, and Russia). These partitions  took place at the end of the eighteenth century, after hundreds of years of a prosperous Kingdom of Poland and later a Polish-Lithuanian Commonwealth, and exerted a stranglehold over Polish life and culture throughout most of the nineteenth century up until 1918. It is towards the end of this tumultuous period interspersed with failed uprisings and frustration that anthropologist Bronisław Malinowski and writer Joseph Conrad (or more accurately: Józef Konrad Korzeniowski) arrived in London at the heart of the British Empire. It is also half way through this period, in 1850, that the Bodleian Library purchased a large collection of early Polish books known as Libri polonici (see Stone 2005), which would become one of the major collections of the kind in the West. This repository includes less than two thousand items such as printings of sixteenth-century literature, a unique copy of the first Polish newspaper dating back to 1557 and material related to Polish Arianism in the age of Reformation. 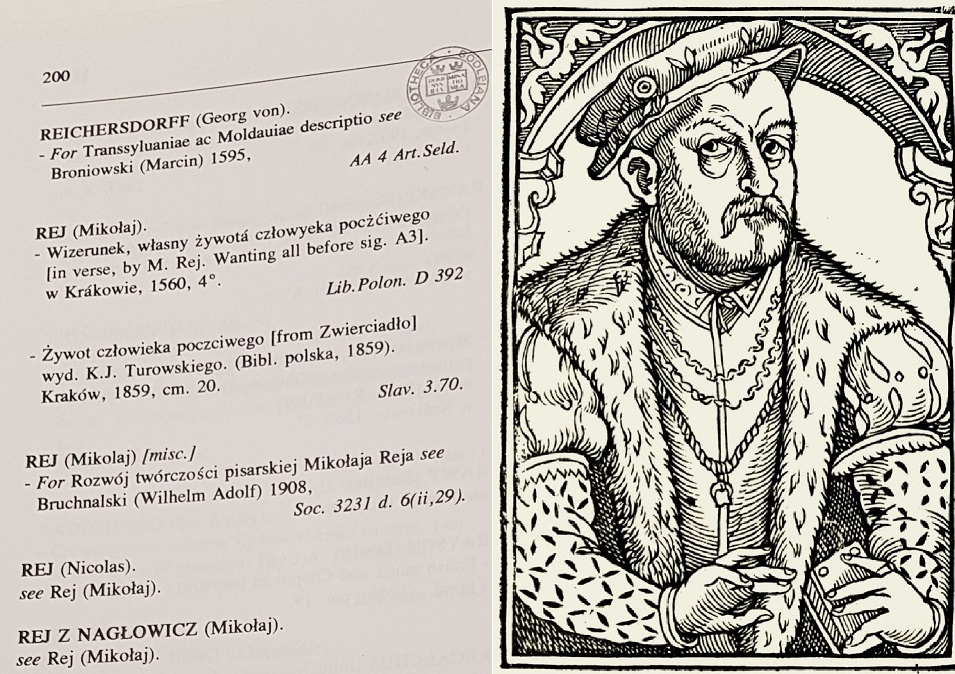 Libri polonici (Polonica from the Bodleian’s pre-1920 catalogue), entry on different printings of the work by Mikołaj Rej (1505-69), one of the founders of the Polish literary language.

Fifteen years later, in 1865, the Earl of Ilchester, a friend of the Polish prince and statesman Adam Czartoryski, endowed the University of Oxford with a substantial sum to encourage ‘the study of the Polish and other Slavonic languages, Literature, and History’. He made it explicit in his will that priority should be given to Polish over any other Slavonic language. However, most likely following the advice of an amateur philologist, Lord Strangford, Convocation breached the agreement. Instead, the University funded the study of Russian, the language of one of Poland’s imperial occupiers at that time (see: Stone 2005). Taking this backstory into account, there are few places where the celebration of Poland’s regained independence from imperial forces could have been felt more powerfully so many years later than here in  Oxford.

When preparing for the talk and asking our Library Subject Specialist Nick Hearn for books to be displayed, I came to realize that the collections of both the Bodleian and the Taylorian were far more diverse and rich in Polish sources than I could ever have foreseen. As part of Libri polonici, the Weston Library holds quite a number of early seventeenth-century printings of the work of Polish Renaissance poet Jan Kochanowski (1530–84), including his cantos, epigrams (fraszki), threnodies (treny), and elegies, both  in Polish or Latin. In my talk, I introduced his cycle of threnodies or lamentations entitled Treny from 1580, movingly rendered into English by Seamus Heaney and Stanisław Barańczak, among others. In particular, I briefly discussed Kochanowski’s ‘Lament 7’: 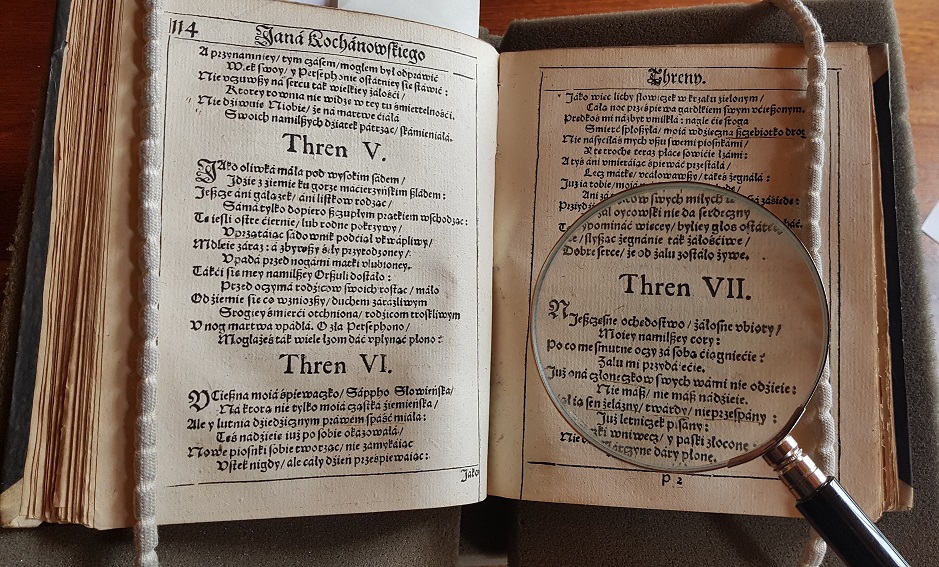 The holdings of the Taylor Institution library were in particular a great surprise to me. As part of the series on Literatures of Multilingual Europe, we hosted Professor Bill Johnston from Indiana University. Bill returned to Oxford after decades (he read Modern Languages at University College in the early 1980s) to read from his newly released Guggenheim-funded translation of Pan Tadeusz by Adam Mickiewicz. Originally published in Paris in 1834, Pan Tadeusz [Master Thaddeus] comprises twelve books in verse and is sometimes considered the last great epic poem in European literature as well as the Polish national epic. How excited we were to see that the Taylorian was actually in possession of the first edition! 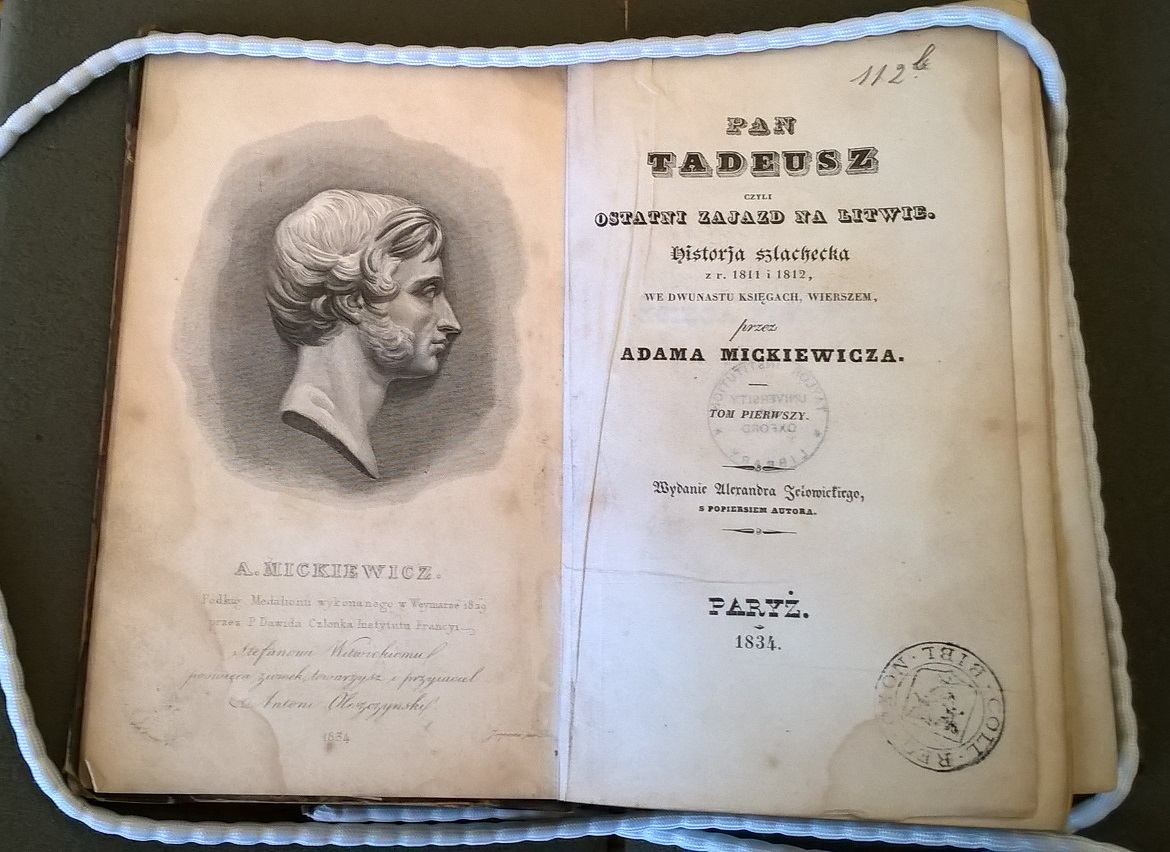 With their worn-out edges and dog-eared pages, library holdings like this one contain whole different universes and bygone worlds, which have sadly sunk into oblivion and remain unexplored. They could almost stand for the “empty frames” in the hall of mirrors from this passage in Bill’s translation of Pan Tadeusz (p. 52):

These memories had clearly left him pained,

He wished them gone. Upstairs they came at last

To a great room that had been in the past

A hall of mirrors; now all you could see

Were empty frames and windows. A gallery

In his cupped hands, head bowed in thought. His gaze,

When he looked up, showed grief and hopelessness.

Dusting off some of Bodleian and Taylorian’s impressive holdings and revisiting their stories seemed like giving them a new lease of life. To speak about them to the Oxford public was an act of filling these empty frames again with some colours and reflected images. Perhaps, some other generation of readers, students, and scholars will also come to look into all these mirrors, and hopefully, they will find and recognise themselves in their reflections, too.

You can see the podcast of Kasia’s lecture here: http://podcasts.ox.ac.uk/polish-literature

Mickiewicz, Adam  Pan Tadeusz, or, The last foray in Lithuania: a story of the gentry from 1811 and 1812: comprising twelve books in verse Translated by Bill Johnston  New York: First Archipelago Books edition, 2018