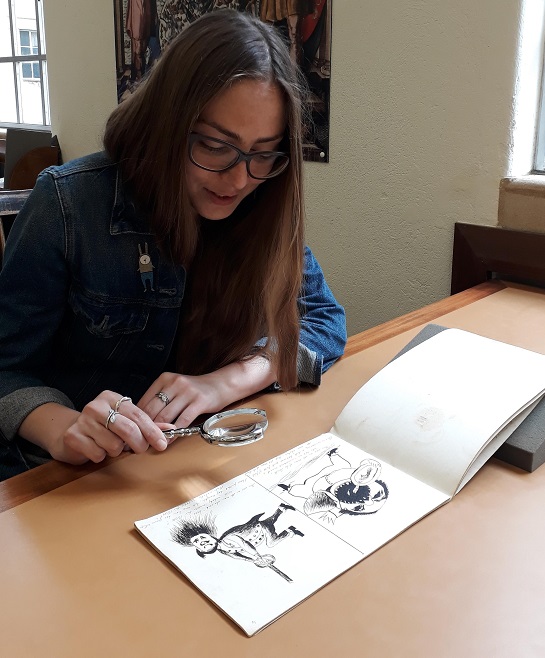 The 2017-18 Colin Franklin Prize for book-collecting has been awarded to Ekaterina Shatalova (Keble College), for her collection of works by and about Edward Lear (1812-1888), the poet and illustrator famous for limericks in A Book of Nonsense, and for poems recounting the nautical adventures of The Owl and the Pussycat and the Jumblies (‘who went to sea in a sieve’).  Writing about her collection, Shatalova recalls first encountering the nonsense poetry of Lear and other English writers in a Russian translation. Her research at the University of Oxford is on the subject of nonsense poetry, and the special challenges of translating the mixture of verbal and visual forms in this genre. As part of the Prize, Shatalova has consulted with librarians on the purchase of a book for the Bodleian’s Rare Books collection. The next competition for the Colin Franklin Prize will be announced in October, 2018.

About the Colin Franklin Prize: The prize is offered in honour of Colin Franklin, the distinguished author, book collector and bookseller who has over many decades encouraged numerous young book collectors at the University. It is funded by Anthony Davis. The prize follows the tradition of similar prizes awarded at Cambridge and London and at universities in the United States and Canada. It is intended to encourage book collecting by undergraduates and graduate students of the University by recognising a collection formed by a student at the university. The prize is announced each year in October. For information see:  www.bodleian.ox.ac.uk/csb/prizes