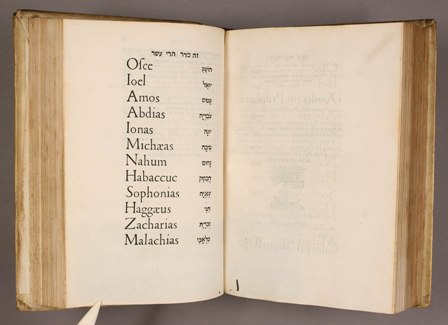 The holes at the lower edges of these two pages, close to the spine, were created by a worm, which chewed its way through sheet A after it had been collated with subsequent sheets of this title and the pile of them had been folded in half once and placed next to the like-folded pile of sheets for the book of Daniel: thus, the wormholes appear on two leaves of the four in each quire of both books.