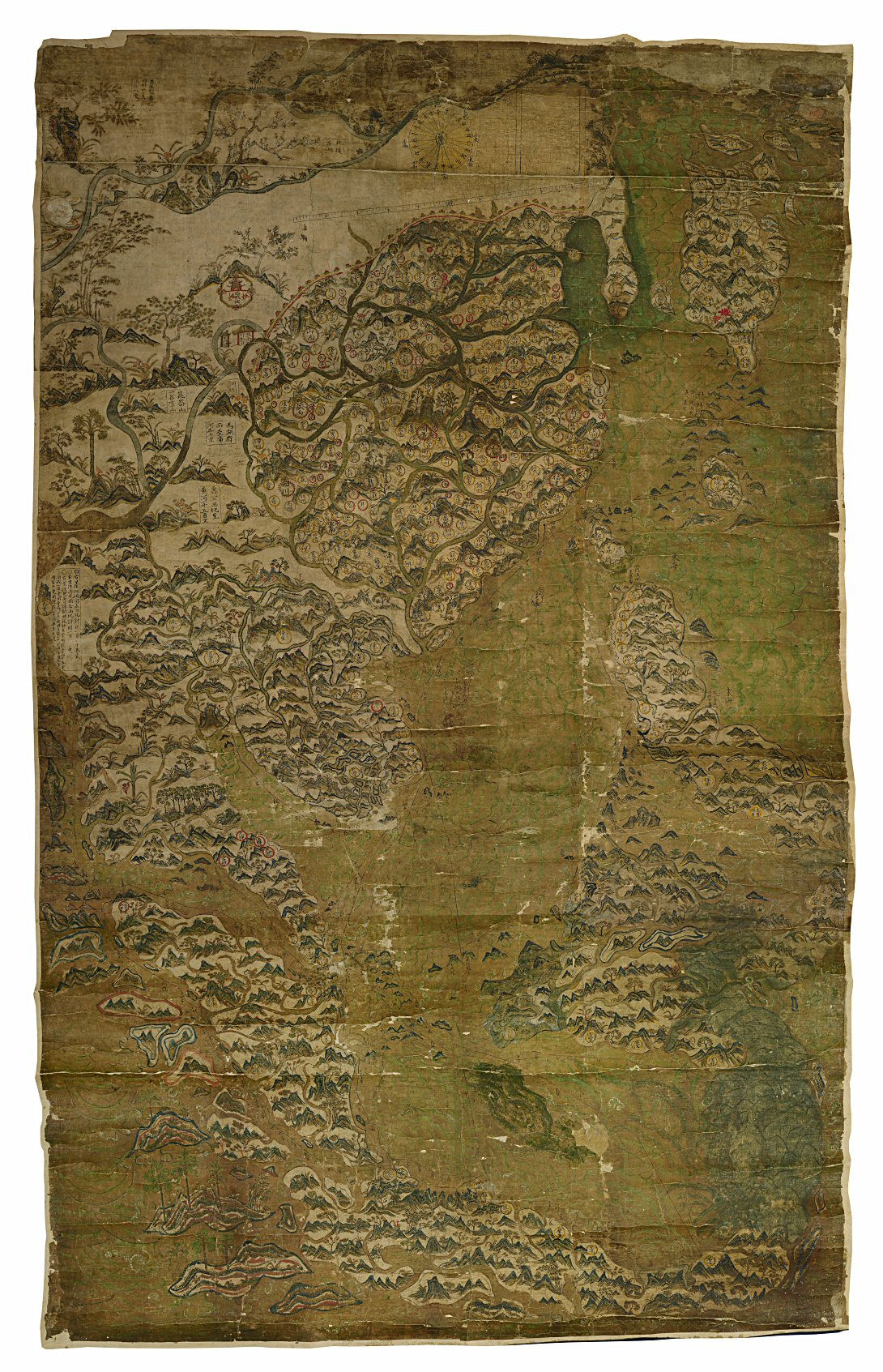 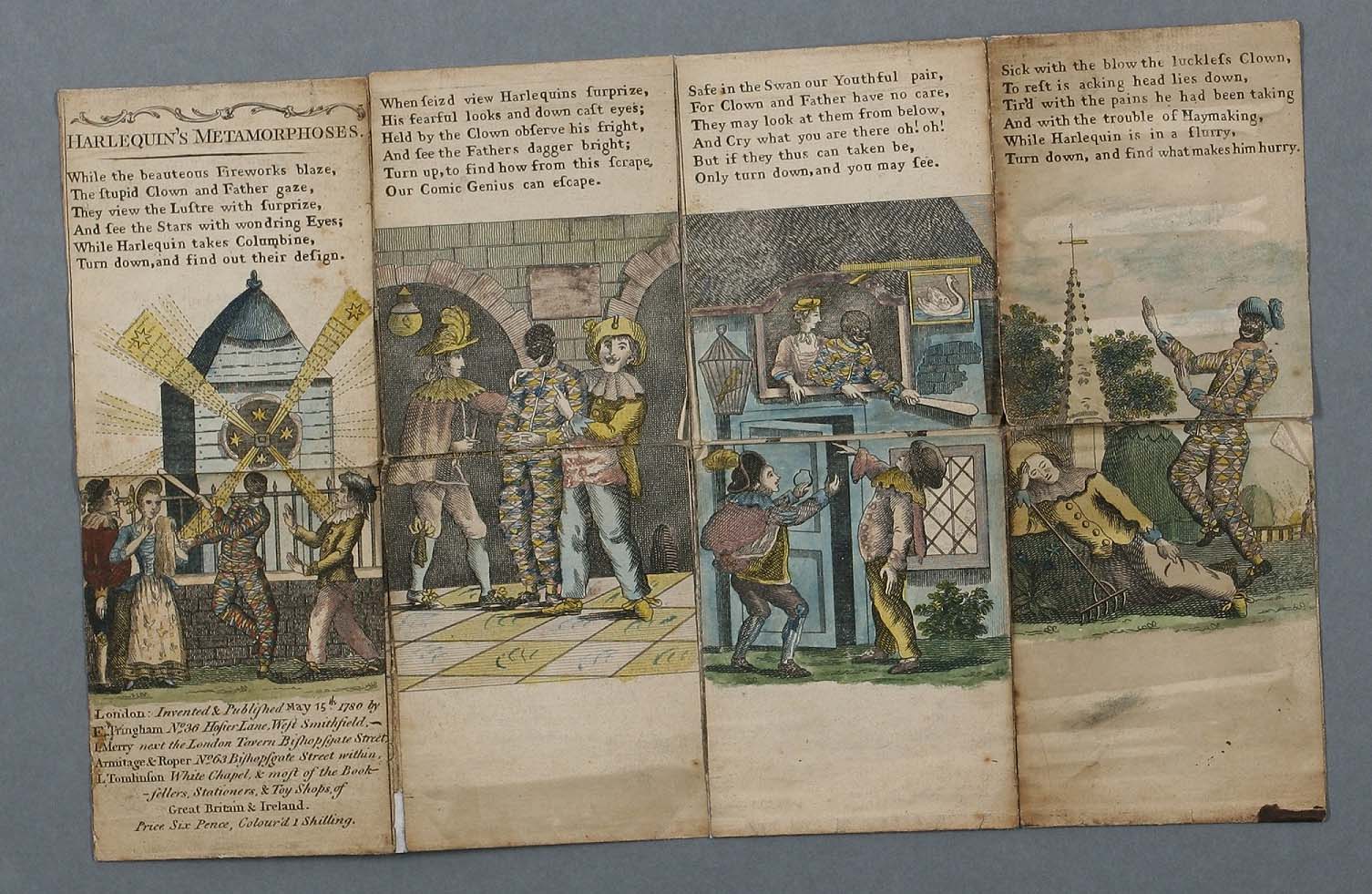 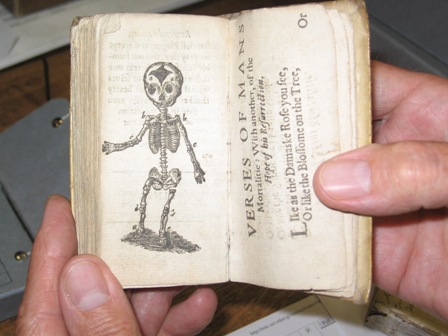 Sometimes the old things in the cellar come in handy after all.  I was just chatting to a colleague who asked, “Is there a way of finding out whether we have a picture, anywhere in the library, of William Wake?  There’s one at the National Portrait Gallery, but surely we have even an illustration in a book …?”

There is a way, but it is an old-fashioned one.  Periodically librarians go through the collections with an eye to their visual treats.  Someone had taken this to the extreme of having slips printed up with sections for the subject of the picture, the title of the book it is in, and the page.  They went through (how much of the collection? I can’t tell) and completed these slips, in beautiful blue fountain pen script.  The slips are arranged in two sets: topographical views and portraits. They are kept in boxes, about the size of a shoebox, stowed up on some high shelves in the bookstack.  So this is one of our Image Management Systems.

A reader was looking at a volume of broadside ballads, Wood 401, with a view to confirming whether the copy of “The wandering Jew’s chronicle” was really from 1634 as labelled in our main online catalogue (converted record).  This got me thinking again about the opportunities we might have to update the ballads database; so far we’ve investigated using a web service, mnemosyne, to link our ICONCLASS codes to a general index of codes, so linking our ballad woodcut material with emblems from other collections. But equally nice would be to allow people who are working on bibliographies of a particular ballad to link in to our examples — to form paths through the collection, that the simple browsing and indexing doesn’t really highlight, only exposes.

On Friday the British Printed Images pre-1700 Project and the CSB jointly hosted a workshop at Birkbeck College on cataloguing prints, to get guidance and report on progress of their web database of prints. So far they plan to have all the British Museum pre-1700 British prints in their online collection.

The main question for consideration, as it is for all cataloguers, was “What are you cataloguing?”  This turns out to be a tricky one for prints. Are you cataloguing the printed page, the image (as a “work”, in the sense of the Platonic idea of the subject), or the uses of a single plate or woodblock? Where do you draw the line between a “variant” and a separate catalogue entry?  The example of the “headless horseman” was shown.  Someone remarked that maybe we should consider this a portrait of the horse!

There were good reasons, based on bibliographic research, for people wanting to know about the uses of a single plate through time, or the uses of each of the separate woodblocks that might be used together, or in different combinations, to create a title page border.

I visited the Ashmolean Museum print room today and saw an engraved animated alphabet, by the Master E.S. These are very large letters, and each has a theme; sometimes real but exotic animals (a leopard–a chimpanzee — how did this German fellow see these?) or fantastic animals, or human beings of various occupations and types. It was made about 1460. Apparently no single museum has a complete alphabet, but you could see all the letters if you travel to Oxford, Berlin, and Dresden. The letters are large — too large for a book, which makes you wonder what they were meant for. Also, what was the fascination with letters, such that they provide the theme for a cycle of prints, like the seasons? Anything to do with printing presses?