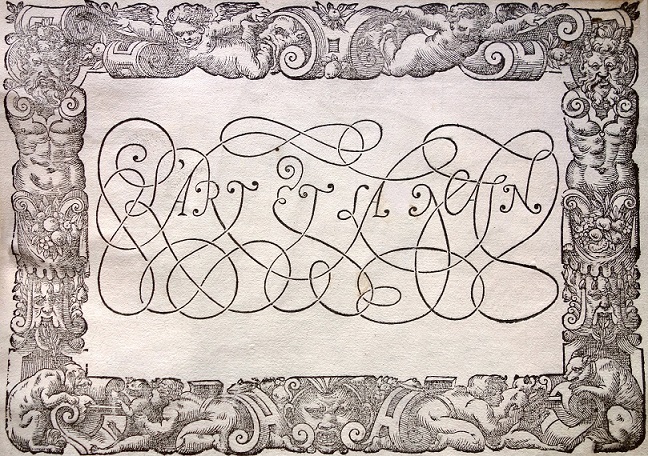 From the later Middle Ages to the early nineteenth century, western handwriting was subjected to an unprecedented diversity of scripts and styles, characteristic of nations, languages, institutions, functional uses and the professional or social status of men and women.

The calligraphic models for teaching such scripts were developed by professional scribes such as copyists, chancery clerks, secretaries and writing masters. A minority among them had their manuscripts translated into print and widely circulated, thus contributing to a European market of letter forms, shaped and reshaped by the changing balance of power and taste.

After the prevalence of Italian models in the Renaissance, French writing books were an essential component of that market, until the English round hand (later known as ‘copperplate’) gradually became the common medium of business in the West.

At the crossroads of bibliography and palaeography, the lectures address a number of technical, commercial and cultural issues raised by the cataloguing and scrutiny of French writing books, hitherto the least charted territory in early modern calligraphy.

In these lectures, Professor Smith refers to Bodleian MS. Ashmole 789, of which some images may be seen in digital.bodleian here.

Lecture 1: Writing Models and the Formation of National Scripts

Lecture 2: Bibliography and the Life Cycles of Writing Books

Lecture 3: Renaissance Calligraphy from Pen to Press and Back

To be delivered in March 2021. Full details and registration information will follow closer to the time.

To join the series, https://visit.bodleian.ox.ac.uk/event/lyell-lectures-2020

These lectures are now available as video podcasts at podcasts.ox.ac.uk/series/lyell-lectures

This year’s Lyell Lectures, given by David Pearson, explore the individual ownership of books at a time when libraries like the Bodleian were less established, and access to the written word depended more significantly on private libraries.  Ownership of books grew steadily through the seventeenth century, in the country as well as the city, across all sectors of society.  How big were people’s libraries then, what did they contain, and why did they own them? In his lectures, David Pearson explores these themes not only for academics and professional people, but also for women as well as men, for farmers as well as doctors.

Here is a selection of books now in Bodleian collections, but formerly owned by individuals in the 17th century, chosen by Pearson to illustrate points in his lectures. 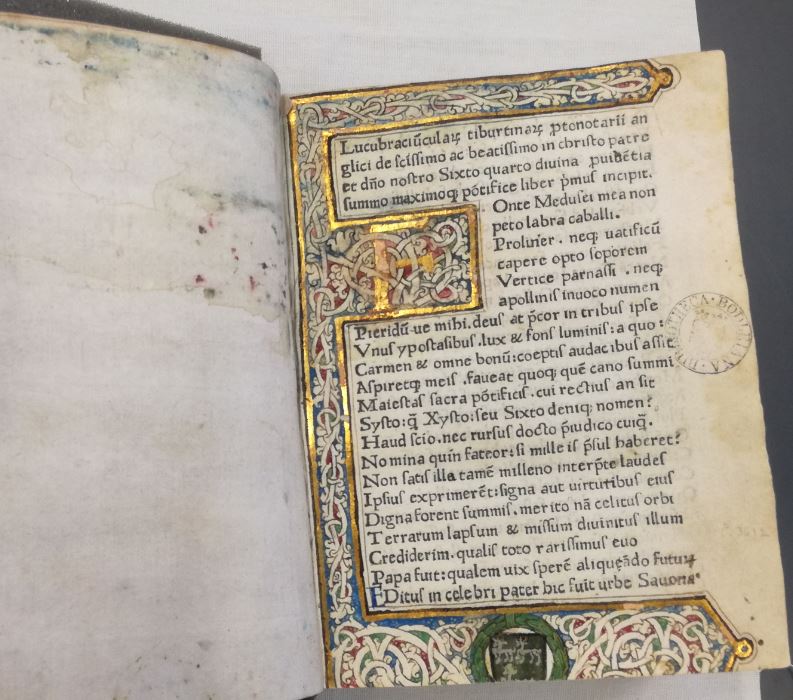 We have a very different set of values today around which texts are interesting, or important, and we have a respect for the preservation of original evidence which was not shared by earlier generations.  Nowadays, we would treat a 1477 imprint presented to Archbishop Thomas Rotherham (1423-1500) with considerable respect; when it arrived in the Bodleian in the 17th century as part of Selden’s library, it was bundled up with a group of later pamphlets, put into a workaday binding, and cropped by the binder so that Rotherham’s arms are partly cut away. 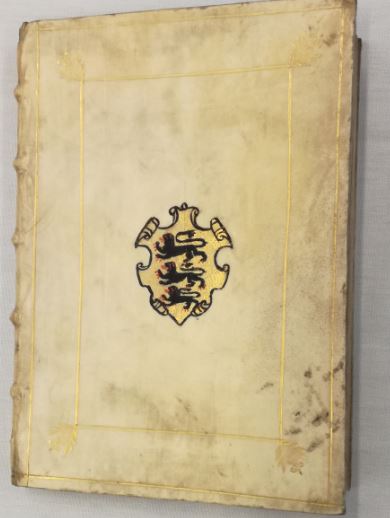 The second lecture explores the theme of Books for use and books for show, asking how far people valued their books as objects for display at least as much as things to read.  George Carew, Earl of Totnes (1555-1629) was a soldier and statesman; he had his books strikingly bound in hand-painted and gilded vellum, with his coat of arms, and they are usually clean and crisp internally, with little evidence of having been read.  Were they books for use, or for show? 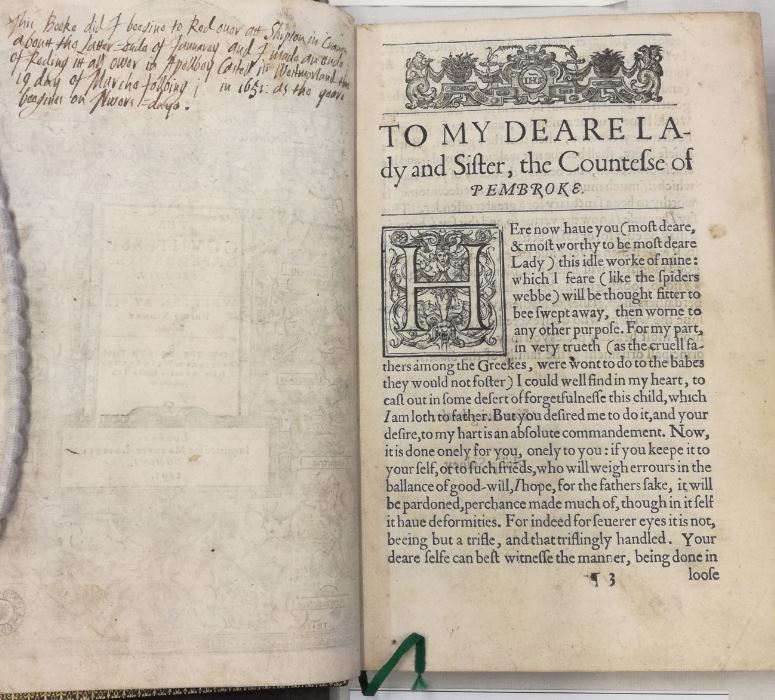 Although book ownership among women was widespread in the 17th century, property owning laws of the time mean that it is much less well-documented than is the case for men.  Lady Anne Clifford (1590-1676) is one exception to that rule, as we have paintings, diaries and surviving books which reflect her private library and active reading.  This copy of The Countesse of Pembroke’s Arcadia was Lady Anne’s and has her marginalia, and a note in her hand that she read it in 1651. 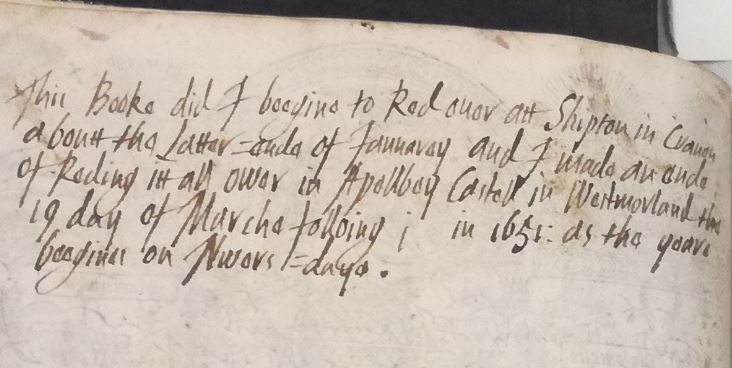 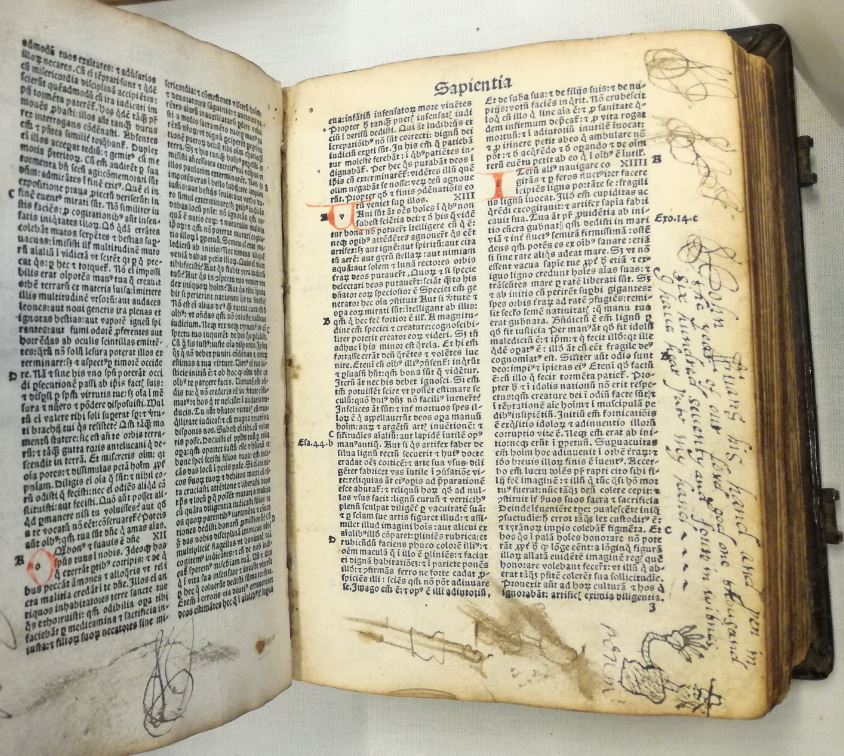 Not all books, in the 17th century, sat on the shelves of scholars, aristocrats, or professional men; contemporary markings show that books of all kinds, but particularly Bibles, devotional books, histories and practical manuals lived in less educated households.  This late 15th-century Latin Bible began its life in clergy use but during the 17th century it passed through several Welsh families (Evans, Jones, Williams) who left all kinds of notes, drawings and scribbles in its margins. 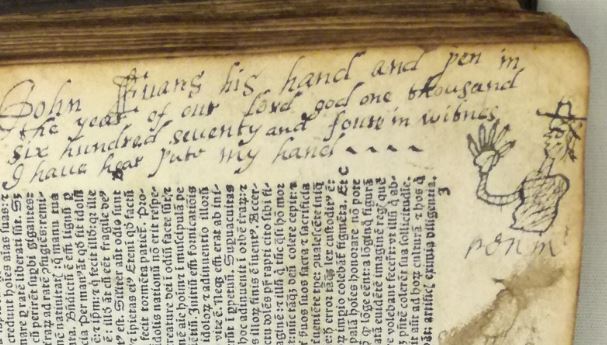