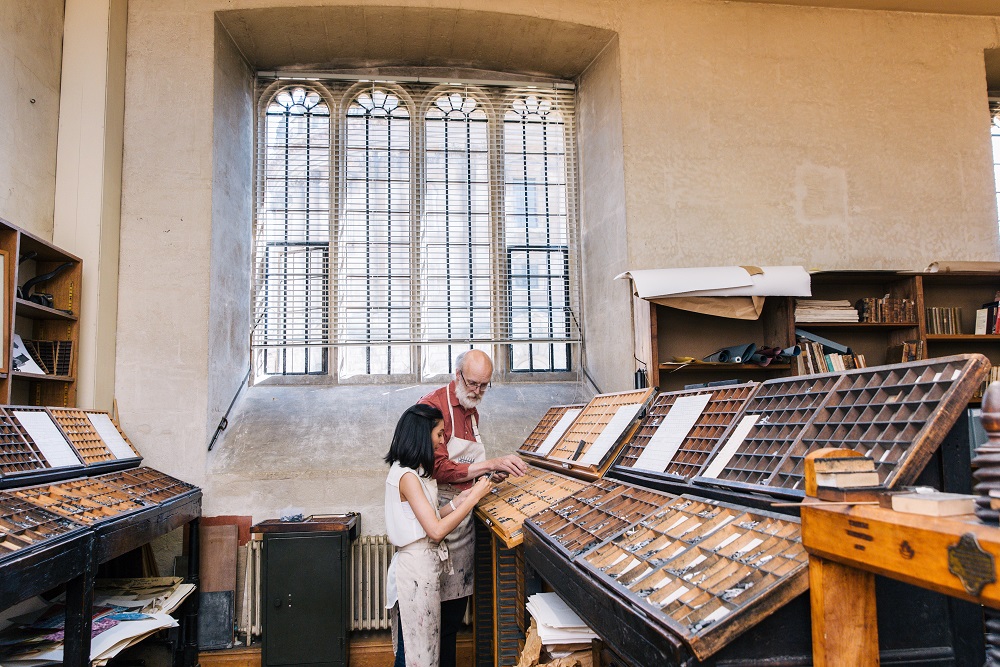 The Bodleian’s Bibliographical Press is located in the Old Bodleian Library in a ground-floor room, the Schola Musicae, opening from the Old Schools Quadrangle.

Inside are free-standing iron presses (four Albions and a Columbian), a ‘Western’ model proofing press, a star-wheel etching press, a number of table-top presses, and several composing frames, including three seventeenth-century frames, with a quantity of wooden and metal type.

The room hosts classes in hand-printing for students from Oxford and other universities, and regular workshops for families, adults, and primary school groups.

A ‘Western’ model proofing press, formerly belonging to Vivian Ridler, Printer to the University, by kind permission of the Story Museum.