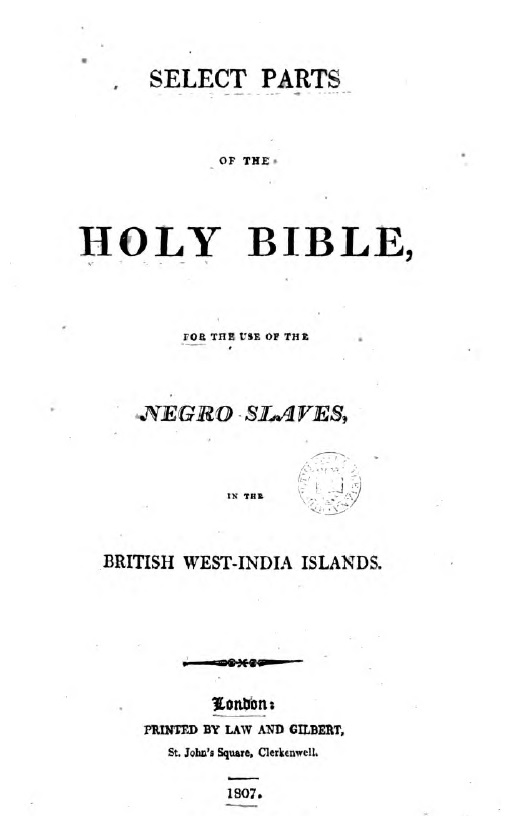 The Museum of the Bible  in Washington DC is currently exhibiting the ‘Slave Bible’, a shockingly bowdlerised version of the New- and Old Testaments that was printed in England in 1807, the same year that the Slave Trade Act prohibited the slave trade in the British Empire.
What’s so shocking? This Bible, intended ‘For the Use of the Negro Slaves, In the British West-India Islands’ has been carefully edited to remove any mention of people freeing themselves from bondage. In just one instance, it skips directly from Genesis 45:28 to Exodus 19, so it includes the Ten Commandments (Exodus 20) but “disappears” the first eighteen books of Exodus, in which the Israelites escape slavery in Egypt. 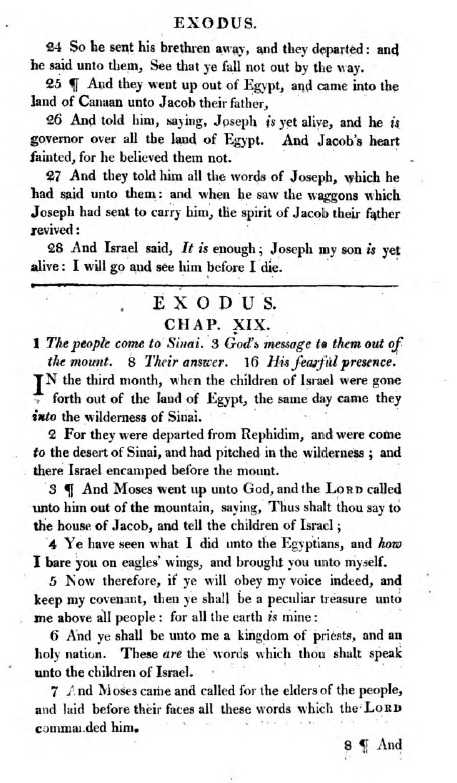 I came across this text thanks to an enlightening Religion News Service (RNS) article on the exhibit, which is a collaboration between the Museum of the Bible, Fisk (a historically black university in Tennessee) and the Smithsonian’s National Museum of African American History and Culture.
The ‘Slave Bible’ was published by the Society for the Conversion and Religious Education of Negro Slaves, an organisation founded by Bishop Beilby Porteus who was, difficult as it is to believe, a passionate abolitionist. Porteus (1731-1809), an interesting and contradictory figure, was the son of a Virginia tobacco planter (presumably a slave owner?) but was born and raised in England. He was ordained at the age of 26 and rose up the Anglican ranks, becoming chaplain to the king in 1769, bishop of Chester in 1776 and bishop of London in 1787. Porteus criticised the Church’s position on slavery, preached and campaigned against the slave trade, and voted numerous times to ban it. He also, perhaps most ironically, made strong stands for doctrinal purity and theological rigour. Even as he campaigned, however, his Conversion Society was printing and distributing this deeply impure Bible, a publication which can be considered as, at best, politically expedient. [DNB (subscription required) ]  [Wikipedia ]
I was particularly intrigued when I read that “the rare artifact is just one of three known across the world. The other two are housed at universities in Great Britain.” What are the chances, I thought, that Oxford is one of those universities? I asked Jo Maddocks, from the Bodleian’s Rare Books Department, and was thrilled to discover that not only is there a copy here in Oxford, but it has been digitised so it is freely available for teaching.
This eye-opening and disturbing book deserves to be more widely known and I am grateful that the Museum of the Bible has highlighted it.