A quick post this one, to point you in the direction of an interesting document we have available in the US Congressional Serial Set.  If you came to the talk on the Serial Set by August Imholtz from Readex in January you’ll have seen this before, and we’ve had it out on display a couple of times, so it may already be familiar. It is however an example of the way that the Serial Set contains documents and primary sources for a huge range of historical events. 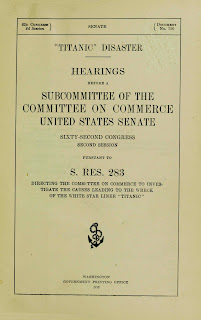 Following the sinking of the Titanic on April 15, 1912, the US Senate’s Committee on Commerce held a series of hearings into the disaster. The Committee was directed by S.Res 283 ‘to investigate the causes leading to the wreck’, and a large number of people testified, including eye-witness accounts of the disaster itself.  One of these accounts, from a Mrs Emily Ryerson, a passenger on the boat, was used as a source for the 1997 film.  The full hearings document runs to 1170 pages, and you can also access the (much briefer!) final report, submitted to Congress on May 28. 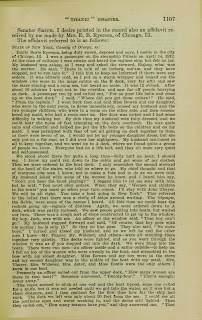 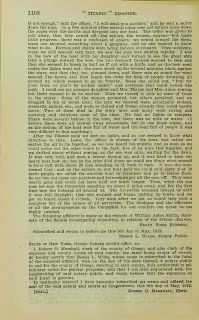 I’ll be writing a fuller post on the Serial Set, what it contains and how to use it, in due course!  If you’re curious in the meantime though, there is a slideshow presentation embedded on our online US Government Publications Guide (click on the ‘Legislative/Congressional’ tab and then scroll down the page).