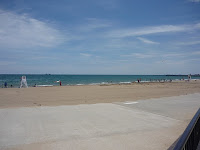 From Monday 28th June we move to our summer opening hours: Monday-Friday, 9am-5pm only.

A new collection has been added to the Digital National Security Archive: The United States and the Two Koreas, 1969-2000.

From the DNSA announcement:

This new collection is a curated set of recently declassified records documenting the history of US policy toward and relations with South and North Korea from the Nixon to the Clinton administrations. The records cover a wide range of issues, including foreign policy, defense policy, economic and trade relations, and intelligence assessments. Documents were secured primarily through FOIA and Mandatory Declassification Review (MDR) requests and archival research, focusing on National Security Council records held by the Nixon Presidential Project at the National Archives (NARA) (now housed at the Nixon Presidential Library).

Research Value of the Set

The divided Korean peninsula represents the critical remaining unresolved legacy of the Cold War. As US and South Korean forces monitor the still-tense Demilitarized Zone, the potential for renewed conflict and the hope for a final peace continue to present significant political and security challenges for American policy. This set is compiled from the latest records declassified and released by the US government, and provides documentation on a broad spectrum of the policy issues confronting the US on the Korean peninsula between 1969 and 2000.

This collection, gathered from the major agencies concerned with the management of US-Korean relations, will permit scholars to refer directly to primary documents of central importance in researching these events and issues, including but not limited to policy reviews, internal assessments of various aspects of North and South Korea’s foreign, military, and economic policies, and intelligence reports, as well as memoranda of conversation and diplomatic cables that provide an intimate view of the dynamics of the US-South Korean relationship. Thus, the documents will be of great relevance to scholars in a variety of fields, including:

Among these key issues are the security threat posed by North Korea, including the emergence of Pyongyang’s nuclear weapons and missile programs in the 1990s and multilateral efforts to engage the regime in negotiations to halt these programs and work towards a permanent peace treaty; the US military presence in South Korea; America’s role in the troubled political history of South Korea, from the authoritarian regime of assassinated President Park Chung Hee through the 1979 military coup that brought Chun Doo Hwan and Roh Tae Woo to power in the 1980s, to the political reforms that led long-time dissident leaders Kim Young Sam and Kim Dae Jung to the presidency in the 1990s; the impact of the Asian Economic Crisis on South Korea; and assessments of North Korea’s economic situation and prospects for the North Korean communist regime in the 1990s, both before and after the death of Kim Il Sung.

For a scholarly overview of this collection, Robert A Wampler, PhD, Korea Project Director, has provided an essay on the live site at: http://nsarchive.chadwyck.com/collections/content/KO/essayx.jsp 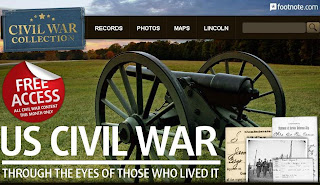 Footnote.com has worked with the US National Archives to bring millions of original records to the Internet for the first time. Civil War records that feature everything from personal accounts to historic writings that would shape a nation. Explore vivid details of Civil War battles through maps and photos. Get a personal picture of the war through Union and Confederate soldier service records, pension files, and more.

Go to http://go.footnote.com/civilwar_records/ to search and browse the collection of records, photos, maps, and documents.

Lincoln Archive [Subscription required for full access]
The Lincoln Archives Digital Project started in 2002 with a simple idea for a vast undertaking: to digitize all federal records that exist from the administration of Abraham Lincoln. Over 6,000 documents are currently online and over half a million documents are scanned and in the process of being placed online. The project is the first undertaking of its kind to digitize the entire holdings of the administration of any single U.S. President. Also, we are digitizing newspaper accounts, correspondence, photographs, and other documents of the period. To see all the documents, you need a subscription (currently $15 per month or $150 per year), but all users of the website—even those without a subscription—have free access to entry descriptions, the index of documents at the “box” level, a timeline of President Lincoln’s life, Civil War photographs, and so much more.
Connecticut State Library Digital Collections
The Connecticut State Library Digital Collections feature items from the Connecticut State Library, State Archives, and the Musuem of Connecticut History. These include modern and historical records from the three branches of state government documenting the evolution of state public policy and its implementation, the rights and claims of citizens, and the history of the state and its people. Other collections include aerial surveys of the state since 1934, and the Works Progress Administration Census of Old Buildings from the 1930s. (Text from ALA Digital Library of the Week)
The Digitial Ford Presidential Library
Digitized documents and audiovisual materials from the collection at the Gerald R. Ford Presidential Library. They are organized into the following categories: * Presidency – General * Presidency – Foreign Affairs and National Security * Presidency – Domestic Affairs and Politics * Gerald and Betty Ford’s Early Lives * Congressional Years * Vice Presidency * Post-White House Years Includes speeches, the daily diary, photographs, minutes of meetings, campaign materials, transcripts of phone conversations. 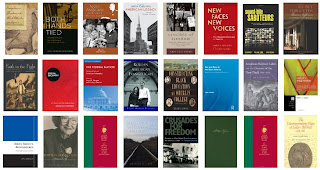 The list of new books received in the library in May is now available on our website and LibraryThing page.

There’s lots going on for WISER next week, including a session specifically on sources for US history. The week starts by looking at e-books with a “Finding Stuff” session on finding e-books for your research and study, followed by a look at e-book readers including the new iPad. Later in the week, “The Black Art of Citation Ranking” looks at measuring research impact using citations and measuring your h-index and the final session of the week introduces key sources for the study of US history. Please book your places.

WISER: Finding stuff – e-books
An overview of what is currently available and how to access them from the point of view of the student, the researcher and the academic considering using e-books to resource their courses.
Presenters: Hilla Wait and Juliet Ralph.
Date: Monday 7 June 2.30 -3.30.
Booking: University members – http://www.oucs.ox.ac.uk/itlp/courses/detail/TZC4 . Non University members please book by emailing usered@bodleian.ox.ac.uk

WISER: E-book Readers – pros and cons
How useful are e-book readers in academic work? Can they be used for accessing library materials? What are the features to look out for when considering purchase? Can they be used with pdf’s? These and similar questions will be considered with particular reference to the Amazon Kindle, Sony Touch and iPad e-readers.
Presenter: Roger Mills.
Date: Monday 7 June 3.45 – 4.45.
Booking: University members – http://www.oucs.ox.ac.uk/itlp/courses/detail/TZE11 . Non University members please book by emailing usered@bodleian.ox.ac.uk

WISER: Bibliometrics – the black art of citation rankings
Mystified by metrics? Anxious about impact factors? Happy with your h-index? The forthcoming Research Excellence Framework is likely to place increased emphasis on the use of these measures. This session covers how they work, how they are interpreted and how to make them work for you!
Presenter: Roger Mills.
Date: Thursday 10 June 12.30 – 1.30 .
Booking: University members – http://www.oucs.ox.ac.uk/itlp/courses/detail/TZD14 . Non University members please book by emailing usered@bodleian.ox.ac.uk

WISER: Sources for US History
This session will introduce key information sources for the study of colonial America and US history up to 1990. Starting with useful finding tools to locate relevant material, examples of source materials will then be shown. These include archival, microform, printed and online collections as well as useful web portals and audiovisual collections.
Presenter: Isabel Holowaty.
Date: Friday 11 June 12.30 -1.30 .
Booking: University members – http://www.oucs.ox.ac.uk/itlp/courses/detail/TZE9 . Non University members please book by emailing usered@bodleian.ox.ac.uk

WISER is on Twitter – please follow at http://twitter.com/oxwiser.  Alternatively to receive a weekly email listing WISER sessions please send an empty email to wiser-subscribe@maillist.ox.ac.uk or to receive WISER updates by RSS feed subscribe to http://rss.oucs.ox.ac.uk/ulib/usered-events-wiser/rss10.xml