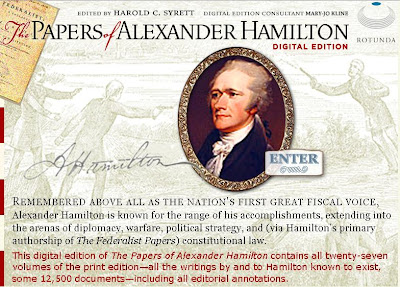 Slightly late in announcing this, as they were actually added over the summer, but the American Founding Era Collection now contains the first nine volumes of the Papers of Alexander Hamilton.All twenty-seven volumes should be available early next year, including all the writings by and to Hamilton known to exist.

The American Founding Era collection is available to Oxford University members via OxLIP+ (sign on with your SSO for remote access).