The Bodleian Libraries have started the process of loading links into SOLO for Oxford books scanned as part of the Google Books project. These are being loaded in batches over the next few weeks, and we anticipate that there will be some 300,000 links to scanned versions of Oxford books available through SOLO by mid-March.

Google scanned several hundred thousand books from Oxford’s collections, including many from the VHL stack. The books scanned were all out-of-copyright, mostly from the 19th century.

Please see http://www.bodleian.ox.ac.uk/dbooks/ for more information on Oxford’s participation in the Google Books project and how these scanned versions will be findable and accessible in SOLO. 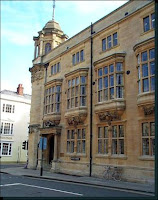 The proposal will improve:

The proposal has to be seen in the context of the following:

For more information about the proposal and the consultation, please see the History Faculty Library website at http://www.bodleian.ox.ac.uk/history/about/hfl-move. The HFL is also regularly updating their blog with news about the consultation at http://historyatox.wordpress.com.

VHL readers may be interested in the following Special Seminar, to be held on Wednesday 22 February (16.00-17.30) at the Rothermere American Institute.

Inside the Workings of the American Historical Review

The American Historical Review (AHR) is often regarded as the leading history journal of the Anglophone world. Certainly it has the highest ‘impact factor’ among history journals, according to the Journal Citation Reports from Thomson Reuters, which measure how often articles are peer-cited. As the official publication of the American Historical Association, since 1895 it has been the journal of record for the history profession in the United States – the only journal that brings together scholarship from every major field of historical study. The most recent issue, for example, includes articles on piracy in the Indian Ocean, colonial governance in three frontiers of the British Empire, the understanding of ‘freedom’ in nineteenth-century Japan, and US imperialism, and an AHR Conversation on the circulation of information across time and space.

Former editors Konstantin Dierks and Sarah Knott (RAI Senior Visiting Research Fellows) will lead an informal discussion about the inner workings of the AHR, from the journal’s ambitions to its article review process to its book review practices. All are welcome.

Next week Bodleian Libraries will be running the following workshops on finding research materials:

WISER: Finding stuff – Books etc on SOLO (Wednesday 22 February 2.00-2.45) – A short 45 minute session introducing tips and techniques for searching SOLO for books, journals and other materials in Oxford Libraries. We will cover both basic and advanced search techniques and also look at placing hold requests for items in the book stacks and some of SOLO’s personalised features such as the e-shelf and saved searches.  The session will take place at Oxford University Computing Services – please book your place online.

WISER: Finding stuff – Journal Articles  (Wednesday 22 February 2.45-4.00) – This session  will focus on using bibliographical tools and indexes to find high quality papers in your research area. We will look at how to find reliable bibliographical databases in your subject and how to search them effectively to optimize your results. The session will  take just over an hour and will include time for you to practice. Please book your place online.

Keeping up to date with the WISER programme – Why not follow  us on Twitter at http://twitter.com/oxwiser  or visit the BodWiser blog at http://bodwiser.wordpress.com You can also check the timetable on the WISER web site at http://libguides.bodleian.ox.ac.uk/workshops or join our mailling list by sending an empty email to wiser-subscribe@maillist.ox.ac.uk

Need to brush up on your IT and information skills?  Why not come to a Research Skills Toolkit in 8th week? These free 2 hour workshops introduce key software and online tools to streamline your research, hone your searching and information skills and provide opportunities to  meet subject specialists. Topics on offer include:

These workshops are open to Oxford graduate researchers in week 8 of Hilary Term. Please attend the session for your division or subject area.  > Find out more and book your place. (Weblearn – Oxford SSO needed to access).

Sessions relevant to VHL readers are on the following dates:

Want to use bibliometrics to measure your impact or to find highly cited journals?  Come along to Bodleian Libraries 5th week workshops in bibliometrics…

WISER: Bibliometrics I – Who’s citing you?
Wednesday 15 February 2.00 – 3.00
An introduction to citation tracking as a tool for finding out who has cited your work. We will cover citation tracking using Web of Science, Scopus and Google Scholar and will include time for you to use each tool to find citations to your own work.
Presenters: Juliet Ralph and Karine Barker
Book Now

WISER: Bibliometrics II – tools of the trade
Wednesday 15 February 3.15-4.15
An introduction to tools such as Web of Science and Scopus for calculating research impact in the Sciences and Social Sciences. How to find journal Impact Factors, calculate your h-index, find ‘hot’ papers and authors, and compare research output of individuals, institutions and countries.
Presenters: Juliet Ralph and Angela Carritt
Book Now

Keeping up to date with the WISER programme – Why not follow  us on Twitter at http://twitter.com/oxwiser  or visit the BodWiser blog at http://bodwiser.wordpress.com. You can also check the timetable on the WISER web site at http://libguides.bodleian.ox.ac.uk/workshops or join our mailling list by sending an empty email to wiser-subscribe@maillist.ox.ac.uk

Various subscription e-resources are currently being opened up for free access for a limited time period during February:

These kind of brief windows of accessibility do open up from various providers every now and then, and can be a great way to get hold of material that is usually locked away only to subscribers. Keep an eye on the blog, or our Twitter or Facebook, for alerts whenever we hear of one. 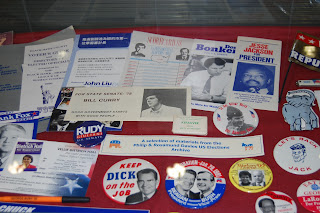