To accompany the RAI Special Lecture by the Hon. Christopher Bancroft Burnham, we have set out a small display of materials from the library’s collections relating to his ancestors, George and Aaron Bancroft. 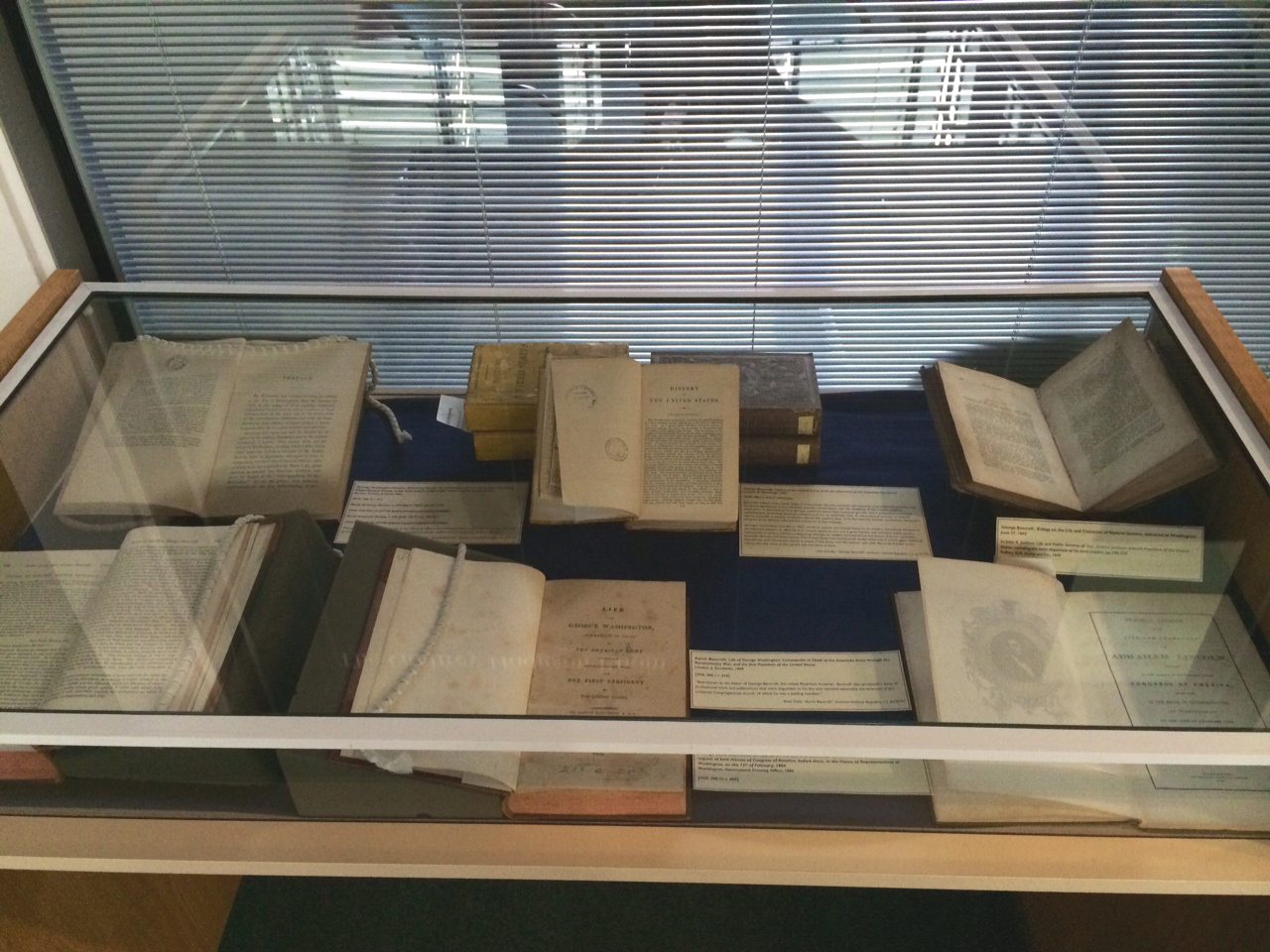 The display contains 19th century volumes of George Bancroft’s History of the United States, as well as a rebuttal from George Washington Greene and ensuing correspondence between Greene and Bancroft in the North American Review following the publication of the ninth volume of the History in 1866. (Greene took issue with Bancroft’s depiction of events relating to his ancestor, Major General Nathanael Greene, during the Revolutionary War). As well as these volumes, we have also displayed printed copies of Bancroft’s eulogies for Andrew Jackson and Abraham Lincoln, as well as Aaron Bancroft’s Life of George Washington, published in 1808.

The display may be viewed in the library until Friday 7th November.