Emma Day is a DPhil candidate in American History at the University of Oxford and this year’s History Graduate Scholar at the Rothermere American Institute. Her dissertation is a history of the HIV/AIDS epidemic in the United States, with a particular focus on women’s healthcare activism, from 1980 to the present. You can follow her on Twitter: @EmmaRoseDay

On March 1st, 2020, Pete Buttigieg, former Mayor of South Bend, Indiana, ended his campaign to become the 46th president of the United States. A white man who attended a string of the world’s most prestigious universities, who, if elected, would have become the youngest president in US history, Buttigieg was an interesting candidate for simultaneously inhabiting a number of remarkable and unremarkable qualities in a presidential hopeful. Perhaps most notably, coming out at the age of thirty-three in 2015, just five years ago, he was also the first, openly gay person to seriously contend for the highest US office. While some within the LGBTQ+ community have debated the significance of Buttigieg’s campaign for the ongoing movement for gay equality, his success in getting as far as he did, not least in becoming the first gay candidate to win a presidential nominating contest with his narrow victory in Iowa, nonetheless represented how far the gay rights movement has come politically in the past forty years.

Election ephemera from the Philip and Rosamund Davies U.S. Elections Campaigns Archive at the VHL sheds light on the trajectory of gay rights issues from the margins to the centre of mainstream politics during this period. Much of this transition began in the early 1980s with the presidential campaign of Reverend Jesse Jackson, the second African American to run for president after Shirley Chisholm’s campaign a decade earlier. Born in Greenville, South Carolina, in 1941, Jackson, a civil rights activist, Baptist minister, and politician announced his campaign for president of the United States in November 1983.[i] Pledging to create a “Rainbow Coalition” of various minority groups, Jackson used his platform to bring members of the LGBTQ+ community into the Democratic party in unprecedented ways as part of this coalition, as a 1984 leaflet in the archive demonstrates.[ii] His Rainbow Coalition speech, delivered at the Democratic convention in San Francisco in July 1984, was the first to mention gay and lesbian Americans at a national convention.[iii] After losing the nomination to Walter Mondale (D-MN), Jackson ran for president again in 1988, and gave his first speech after announcing his second presidential bid at the second National March on Washington for Lesbian and Gay Rights in October 1987.[iv] 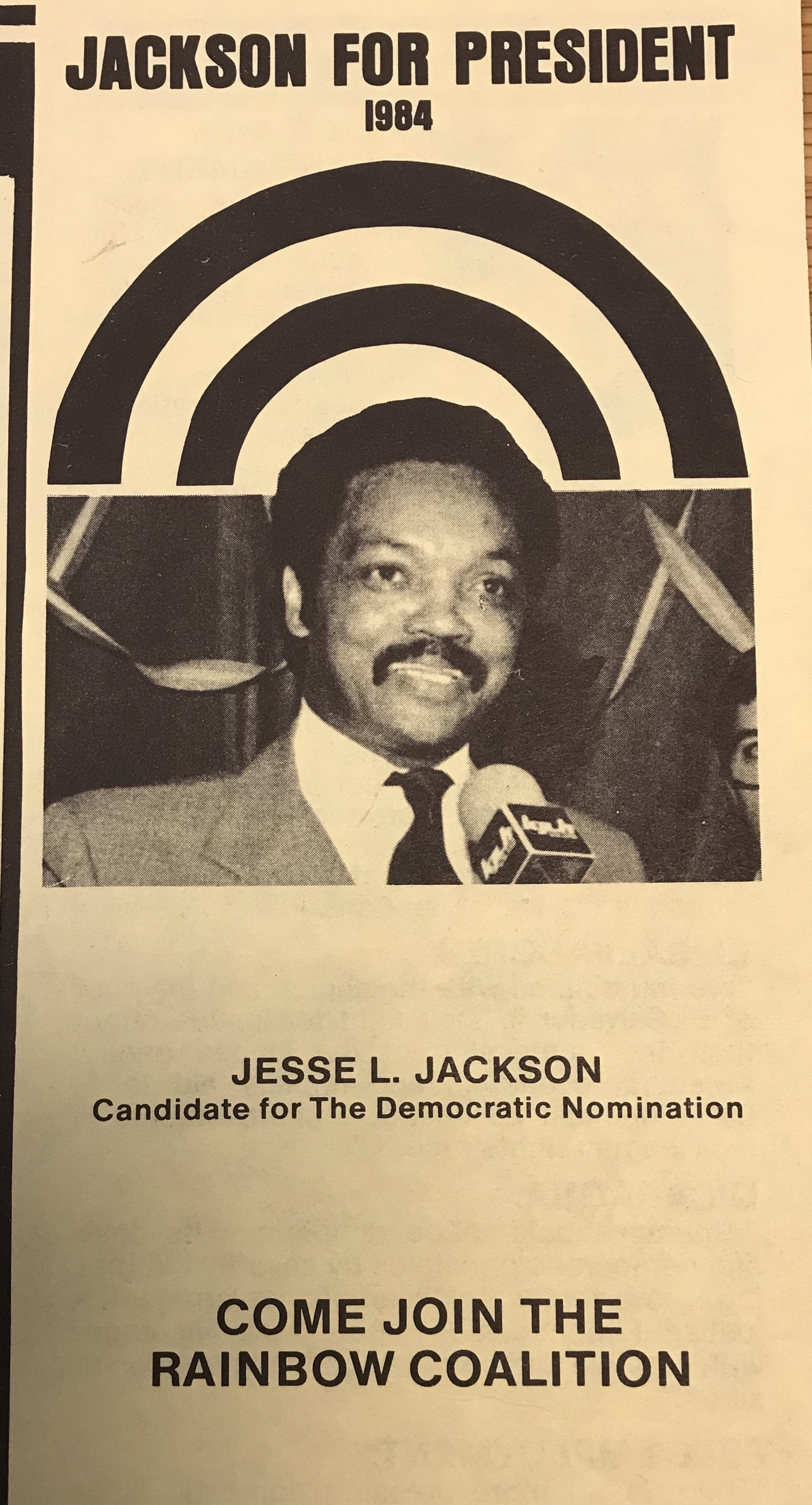 Left-wing political organisations with strong LGBTQ+ factions such as the Workers World Party in turn supported Jackson’s 1984 presidential campaign as “part of the growing mass movement against racism and for basic democratic rights,” as a Workers World newspaper in the archive shows.[v] Following four years under President Ronald Reagan and facing the prospect of another four, groups such as the Workers World Party saw Jackson as an alternative to the imperialism, racism, and capitalism that they argued had characterised Reagan’s first term in office. Specifically, and, similarly to Jackson, they demanded “money for jobs—not wars abroad.”[vi] Moreover, as the devastation and human loss wrought by the AIDS epidemic from the early 1980s onwards was met with a slow federal response, such groups also fought for money to address the escalating health crisis instead of funding military intervention in Central America, Lebanon, South Africa and Grenada, as memos in the newspaper from 1984 show.[vii] Items in the U.S. Elections Campaigns Archive therefore speak to the intersectional and reciprocal coalition-building that took place between those fighting against capitalism, racism, sexism, imperialism, homophobia and for social justice in this decade. 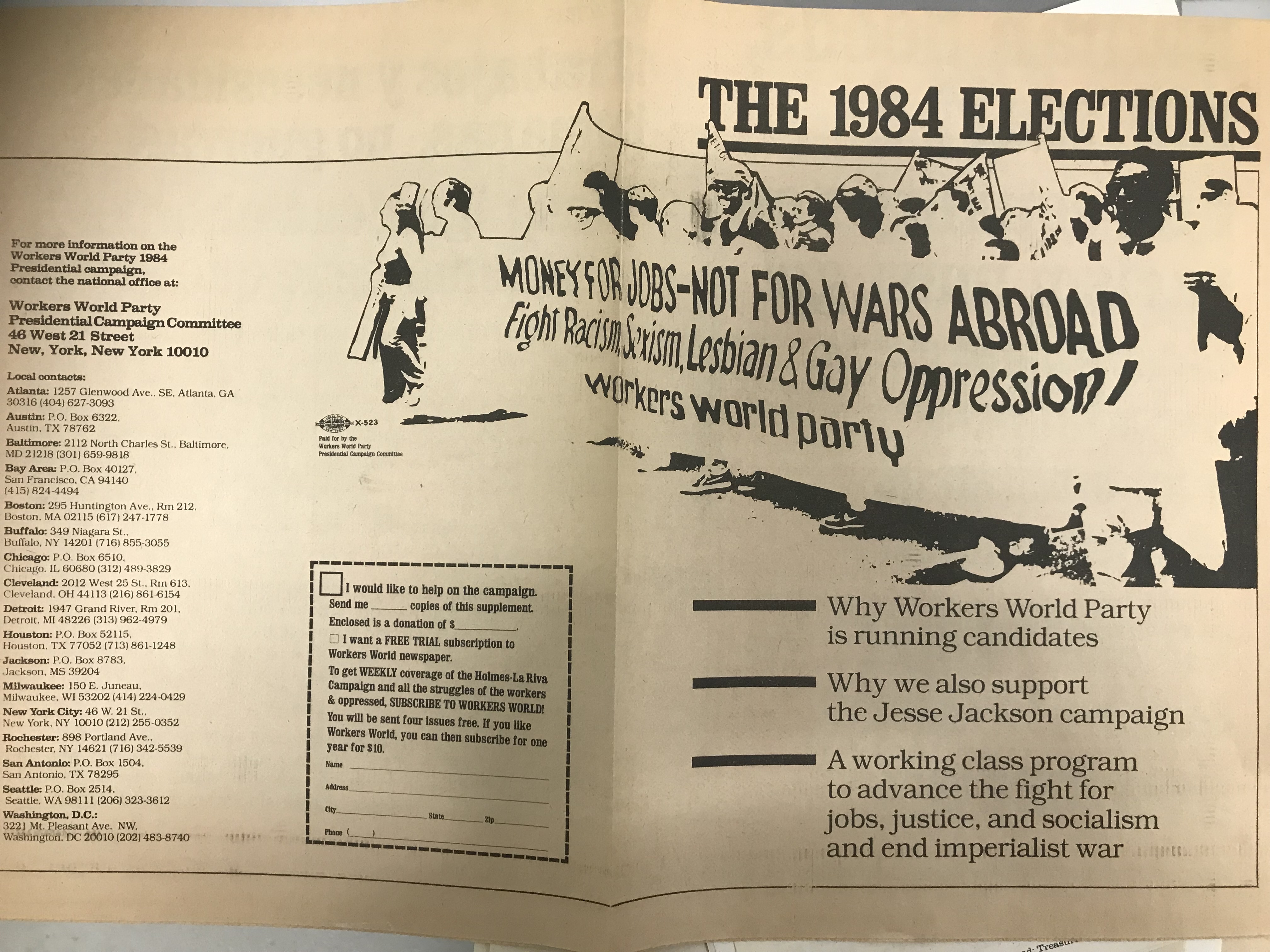 The growing salience of gay rights issues to subsequent presidential races are further seen in a number of election pins from the 2000s. Badges from 2012 advocated “LGBT for Obama Biden” and “Obama for Marriage Equality.”[viii] While factions of the gay rights movement have long debated how much weight to place on the fight for marriage equality, as well as the fight to serve openly in the military, for the broader struggle for LGBTQ+ equality and rights, both issues continued to frame the political debate into the twenty-first century. Obama gained the support of LGBTQ+ voters in part through his revoking of the Clinton-era “Don’t Ask, Don’t Tell” policy that prohibited gay, lesbian, and bisexual Americans form serving unless they remained closeted in 2010, and, in 2015, during his second term in office, the Supreme Court legalised same-sex marriage in the landmark case Obergefell v. Hodges. While these legislative developments show how far attitudes towards gay rights have evolved since the early 1980s, a majority of states still do not have explicit laws protecting LGBTQ+ Americans from discrimination, similar to federal laws that exist on race, religion, sex, national origin, age or disability on their books. The Equality Act, a federal law that would prohibit discrimination based on a person’s sexual orientation or gender identity, was passed in the House of Representatives in May 2019. It will require the next US president to sign it into law if it passes in the Senate. 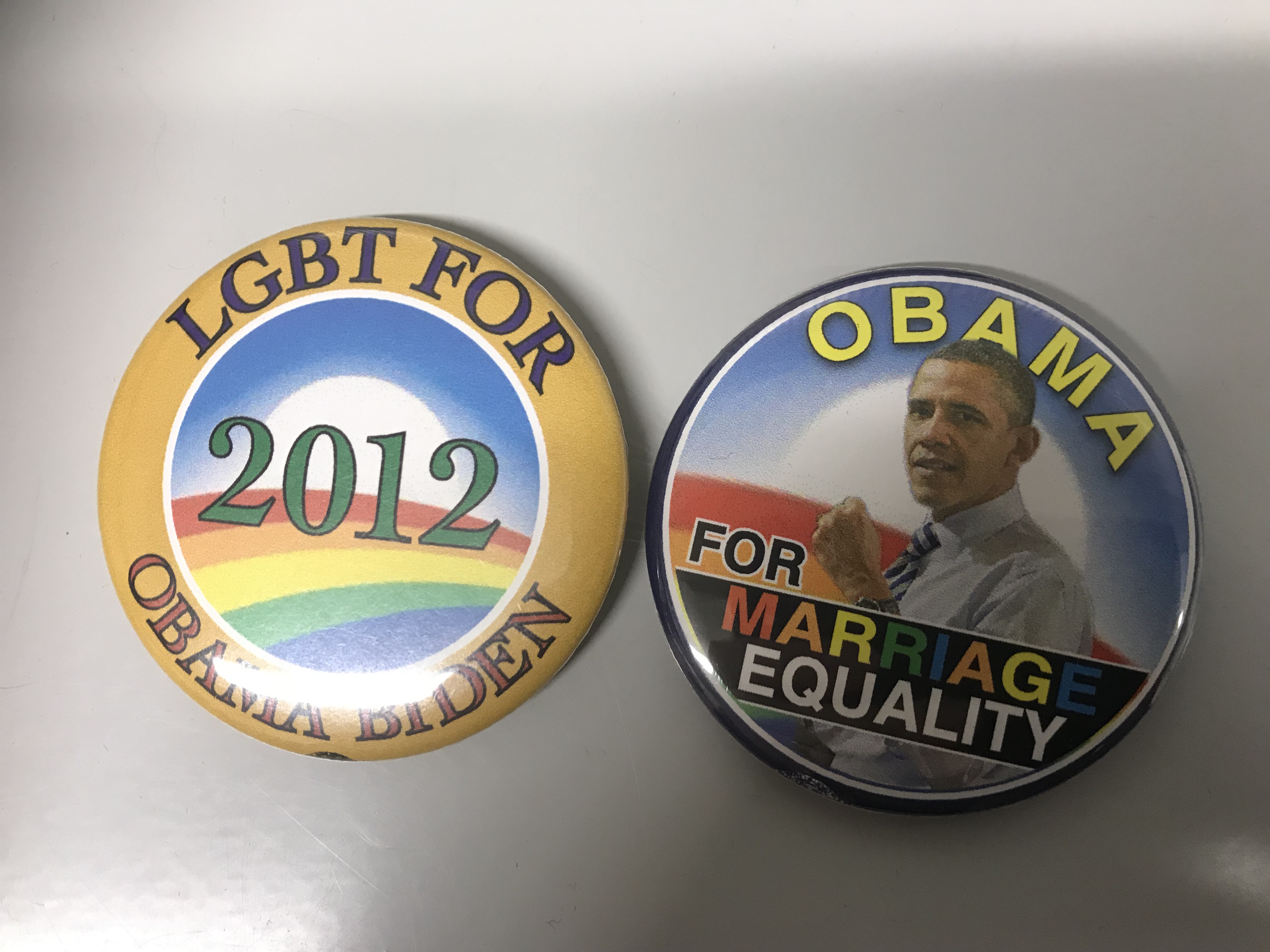 The stakes of the 2020 presidential election for members of the LGBTQ+ community are therefore particularly high. President Donald Trump has already said that he opposes the Equality Act in its current form.[ix] As such, Democratic candidates seeking to beat Trump in November can learn from the importance of weaving together broad, intersectional platforms for social justice—as Jackson, in alliance with groups such as the Workers World Party, did in 1984—that are then acted upon and translated into policy when in office.

Believing that the life of a nation is told by the lives of its people, the American National Biography consists of over 19,000 scholarly biographies of significant, influential, or notorious figures from American history.

The latest update to the American National Biography, released Thursday 27th February, adds six new biographies of men and women who worked as educators and academics. New additions include:

Paul Samuelson (1915–2009), the MIT economist who in 1970 became the first American to win the Nobel Prize in Economics (technically the Bank of Sweden Prize in Economic Sciences in memory of Alfred Nobel). The leading representative of the Keynesian age, his scholarly and popular writing reshaped mid-twentieth-century economic thought.

Fabiola Cabeza De Baca (1894–1991), whose work teaching in rural New Mexico evolved into working for the New Mexico Agriculture Extension Services, where she visited and lived in people’s homes, empowering women by teaching them to combine modern technologies with traditional practices. Her writings preserved New Mexican history and culture.

Octavius Catto (1839–1871), teacher at the Institute of Colored Youth in Philadelphia whose incredible career included serving as major and inspector general for the 5th Brigade, 1st Division of the Pennsylvania National Guard during the Civil War, fighting successfully to integrate Philadelphia’s trolley system in the 1860s, and even co-founding and playing for the Pythian Base Ball Club, the city’s second black baseball team.

Mary Daly (1928–2010), a controversial radical feminist philosopher and theologian who spent thirty-three years teaching at (and clashing with the administration of) Boston College, finally leaving in 1999 when the university refused to let her teach men and women in separate classes.

Robert Leslie Wharton (1871–1960), a Presbyterian missionary who established religious schools in Cuba, including La Progrresiva in Cardenas. Ultimately, La Progresiva served over 2000 students with a Christian workers training school, a vocational school, and a junior college.

Mary Elizabeth Carnegie (1916–2008), African American nurse who established Virginia’s first baccalaureate nursing program at Hampton Institute, and, beginning in 1945, transformed the nursing curriculum at the Florida A & M school of nursing. She became the first African American elected to the Florida State Nurses Association Board of Directors, before joining the editorial staff at the American Journal of Nursing, where, over the next 35 years, she would advance up the ranks to Senior Editor.