I am pleased to report that the Vere Harmsworth Library has organised trial access to Jet Magazine Archive for Bodleian Readers. The trial will run until the 30th March, 2022.

Jet Magazine Archive covers the civil rights movement, politics, education, and other social topics with an African American focus. When completed, it will include over 3,000 issues providing a broad view of news, culture, and entertainment from its first issue in 1951 through 2014.

Currently the database has only released the issues from the 1980-1989, which are the issues available during our Trial.

Users can search across the articles using full-text search, or select specific issues, years or themes. Each article is indexed with relevant keywords. Researchers can also view images and advertisements within each issue.

The Vere Harmsworth Library has also organised trial access to Colonial America, which you can find out more about on our previous blogpost.

I am pleased to report that the Vere Harmsworth Library has organised trial access to Colonial America for Bodleian Readers. The trial will run until the 20th March, 2022.

Colonial America consists of all 1,450 volumes of the CO 5 series of Colonial Office files held at The National Archives in London, plus all extracted documents associated with them. This unique collection of largely manuscript material from the archives of the British government is an invaluable one for students and researchers of all aspects of seventeenth- and eighteenth-century American history and the early-modern Atlantic world.

Documents can be browsed by title, date, volume, theme, document type and colony/region. They are also indexed with relevant keywords, names, and places. Print and manuscript materials are full-text searchable, thanks to handwritten text recognition technology.

The resource is made up of 5 modules:

The first module of Colonial America documents the early history of the colonies, and includes founding charters, material on the effects of 1688’s Glorious Revolution in North America, records of piracy and seaborne rivalry with the French and Spanish, and copious military material from the French and Indian War of 1756-63.

This module focuses on the 1760s and 1770s and the social and political protest that led to the Declaration of Independence, including legal materials covering the aftermath of the Boston Tea Party. It is also particularly rich in material relating to military affairs and American Indians.

This module charts the upheavals of the 1770s and 1780s which saw the throwing off of British rule in the Thirteen Colonies. Contents include volumes of intercepted letters between colonists, the military correspondence of the British commanders in the field and material produced by the Ordnance Office and the office of the Secretary at War, as well as two copies of the ‘Dunlap’ edition of the Declaration of Independence printed on the night of the 4th-5th July 1776.

Module 4: Legislation and Politics in the Colonies

This module traces the colonies’ legal and political evolution between 1636-1782. Copies of council and assembly minutes record debates on international politics, including Britain’s war with Spain, expeditions against the French in Canada, and trade regulations. Court journals also trace legal cases and trials heard in the colonies, whilst series of official correspondence and revisions of acts reveal attempts to increase jurisdiction of British officials in the colonies, expand settlement, and improve public facilities and trade. The extensive revisions and annotations of these documents also expose the internal (and often personal) political agendas of their creators.

The preponderant part of this module consists of correspondence with the Board of Trade. There are also details of land grants, financial accounts and documents focusing on American Indian relations, as well as George Vancouver’s despatches to London from his 1791 expedition to the Pacific Northwest. The module contains a number of shipping returns, accompanied by a video interview with Hannah Knox Tucker (PhD candidate, University of Virginia), who discusses these documents and their value for researchers in detail.

I am pleased to report that the Vere Harmsworth Library has organised trial access to two online resources for Bodleian Readers; Black Authors, 1556-1922 and Native American Indians, 1645-1819.The trials will run until the 9th March, 2021.

These trials are running alongside our trial access of Black Thought and Culture, which you can read about in our previous blogpost.

Created from the renowned holdings of the Library Company of Philadelphia, Black Authors, 1556-1922, offers more than 550 fully catalogued and searchable works by black authors from the Americas, Europe and Africa, expertly compiled by the curators of Afro-Americana Imprints collection, the largest existing collection of its kind. Genres include: personal narratives, autobiographies, histories, expedition reports, military reports, novels, essays, poems and musical compositions.

Native American Indians provides a comprehensive record of Native America in the 17th, 18th and early 19th centuries. It Includes more than 1,600 publications, which offer unparalleled insight into the relationship between Native Americans and European settlers, alongside text analysis tools, author biographies and more.

I am pleased to report that the Vere Harmsworth Library has organised trial access to the online resource, Black Thought and Culture. The trial will run until the 1st March, 2021.

The collection spans from the works of Frederick Douglass, W.E.B. DuBois and Ida B. Wells Barnett, to Zora Neal Hurston, Audra Lorde, and Jesse Jackson. Most notably, the collection includes items previously undigitized, and difficult to obtain, such as:

This resource will be of interest to those interested in African American history, politics, literature and culture.

You can also find out more about our other two trials for Native American Indians and Black Authors on our new blogpost.

As part of the LGBTQ History Month, Bodleian Libraries has organised trials of three LGBTQ eresources. They can all be accessed via SOLO or Databases A-Z.

Let our colleague Helen Worrell know which resource is most useful to you and why.

This resource spans the sixteenth to twentieth centuries and is the largest digital collection of historical primary source publications relating to the history and study of sex, sexuality, and gender research and gender studies research.

Documentation covering disciplines such as social, political, health, and legal issues impacting LGBTQ (lesbian, gay, bisexual, transgender, queer) communities around the world are included, as well as rare and unique books on sex and sexuality from the sciences to the humanities to support research and education.

Covers 16th to the 20th centuries. Has global coverage. 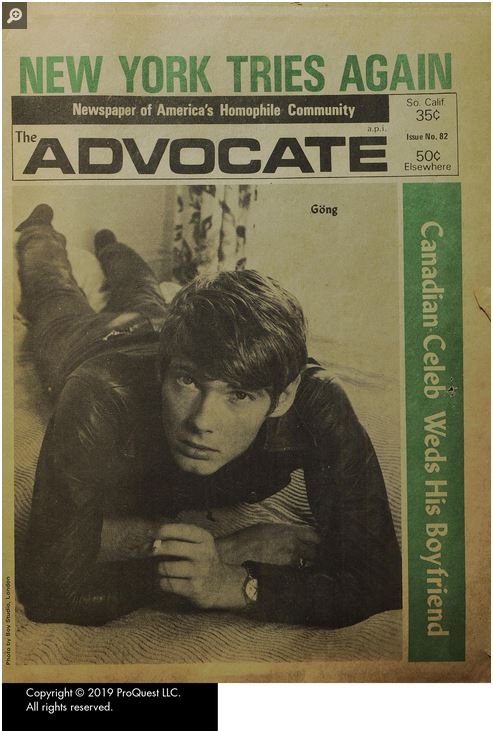 The resource archives of 26 leading but previously hard-to-find magazines are included in LGBT Magazine Archive, including many of the longest-running, most influential publications of this type. The complete backfile of The Advocate is made available digitally for the first time. As one of the very few LGBT titles to pre-date the 1969 Stonewall riots, it spans the history of the gay rights movement.
LGBT Magazine Archive also includes the principal UK titles, notably Gay News and its successor publication Gay Times. 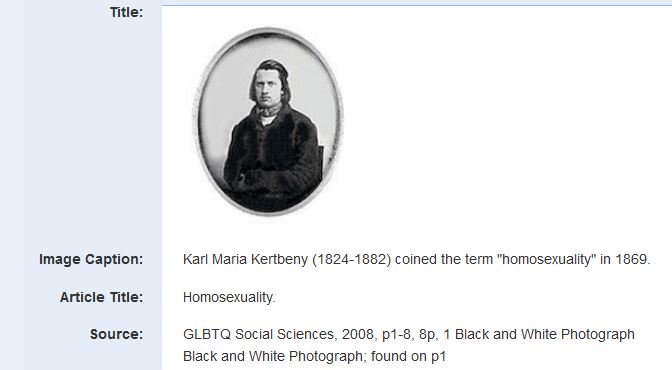 LGBT Life with Full Text is a specialised database for LGBT studies. It provides scholarly and popular LGBT publications in full text, plus historically important primary sources, including monographs, magazines and newspapers. It also includes a specialized LGBT thesaurus containing thousands of terms. Content includes more than 140 full-text journals and nearly 160 full-text books and reference materials. In addition, more than 260 abstracted and indexed journals and more than 350 abstracted and indexed books and reference works. Has some global coverage.

What to do next? Send your feedback to Helen Worrell.