The fat (or edible) dormouse (glis glis) might seem a surprising choice of Christmas animal: after all, it would usually be safely asleep from September until May, but it is an animal with a strong Oxford connection, thanks to the Mad Hatter’s tea party in Lewis Carroll’s Alice’s Adventures in Wonderland (1865). This was published some years before the glis glis was introduced to south-east England in 1902, since when it has spread, and there have been sightings near Oxford. I shall now argue the case for a link between glis glis, Christmas and the law. 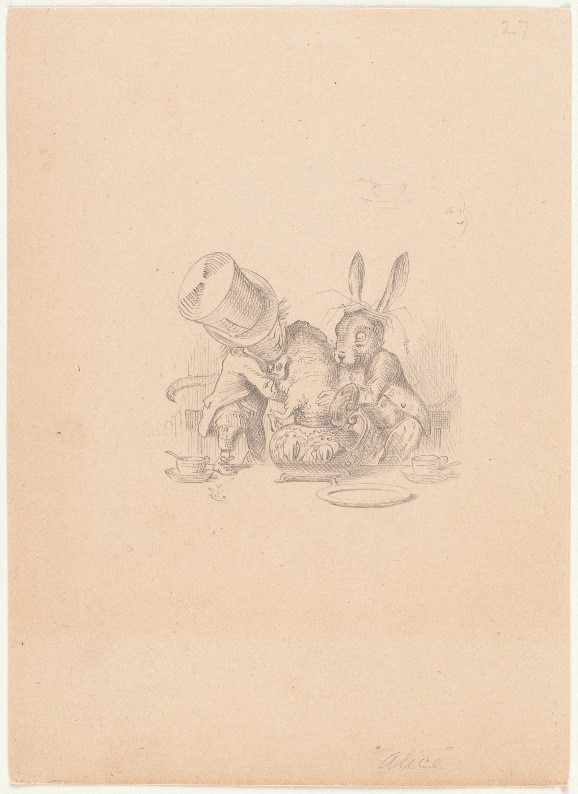 There was a table set out under a tree in front of the house, and the March Hare and the Hatter were having tea at it: a Dormouse was sitting between them, fast asleep, and the other two were using it as a cushion, resting their elbows on it, and talking over its head. ‘Very uncomfortable for the Dormouse,’ thought Alice; ‘only, as it’s asleep, I suppose it doesn’t mind.’…

… This piece of rudeness was more than Alice could bear: she got up in great disgust, and walked off; the Dormouse fell asleep instantly, and neither of the others took the least notice of her going, though she looked back once or twice, half hoping that they would call after her: the last time she saw them, they were trying to put the Dormouse into the teapot.

The dormouse in Alice’s Adventures in Wonderland is stuffed into teapot, which may have been similar to a dolium or ‘dormouse jar’, a special pot that the Etruscans and Romans used to fatten them up for the table. You can see one in the Ashmolean Museum’s exhibition Last Supper in Pompeii. For the Romans, edible dormice were a delicious treat, surely suitable for the midwinter Feast of Saturnalia and therefore eligible to join the list of unfortunate edible Christmas animals, such as turkeys and geese.  Petronius writes of sprinkling them with honey and poppy seeds, while Apicius describes stuffing them with forcemeat and nuts before roasting or boiling them.*

Lewis Carroll’s dormouse lived in more fortunate times than his Roman antecedents, but not as fortunate as the modern glis glis which is a protected species under the Wildlife & Countryside Act 1981 and the Conservation of Habitats and Species Regulations 2017.

I didn’t find a dolium (dormouse-jar) in the Ashmolean shop, or even a toy dormouse, but they do sell finger mice, seen here with the statute that protects the glis glis.  I rest my case. 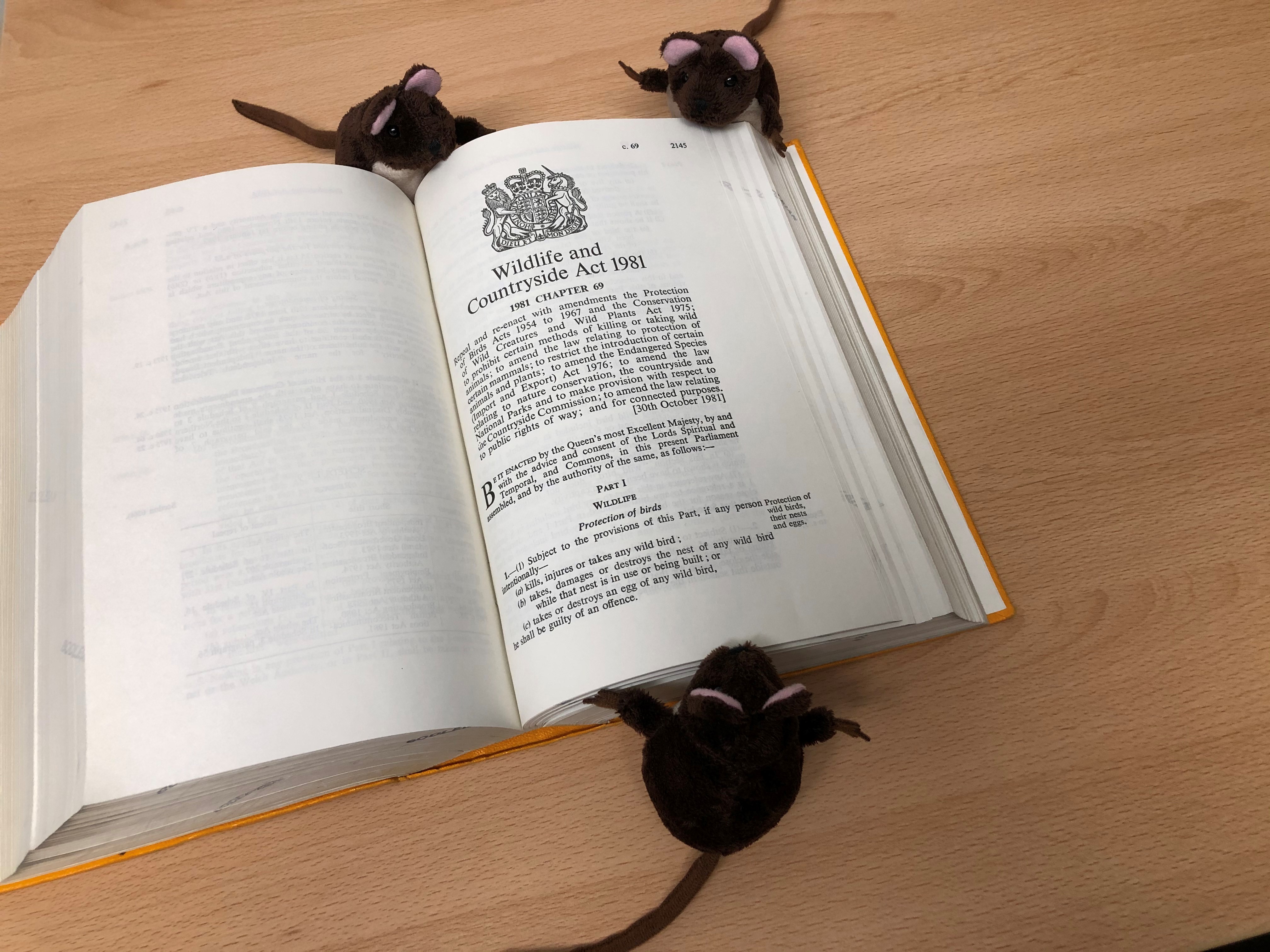 Posted by the Academic Services Librarian