Berlin,  August 1927. Gerhard Braun, the eldest son of Felix and Gertrud Friedmann-Braun, marries Anneliese Finster. Amongst the wedding presents was a little red book: a recipe book Gertrud (a good mother-in-law, or just making sure her son gets fed properly?) had written for her new daughter-in-law. 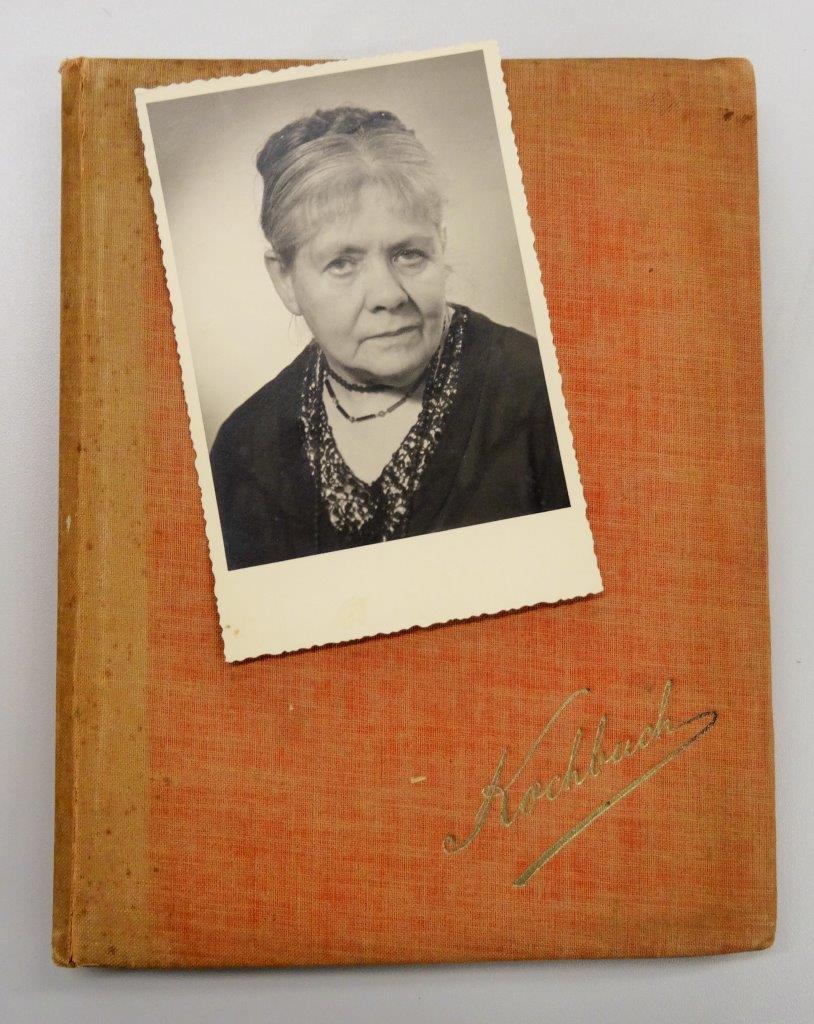 The recipes partly reflect the Friedmann-Brauns’ status as part of the upper middle class in Berlin, with finer cuisine like roast hare or crayfish soup, but also home-cooking favourites and old family recipes like dumplings and pancakes.

There are no entries in the ‘Salads’ and ‘Vegetables’ section, but there are, luckily, an eclectic variety of cakes, pastries, flans and puddings – the family clearly had a sweet tooth.

…And so have the archivists at the Bodleian Library. The plan of cooking and tasting one of Gertrud’s sweet recipes, all in the name of archival science, suggested itself. We went for Schokoladentorte – chocolate cake: 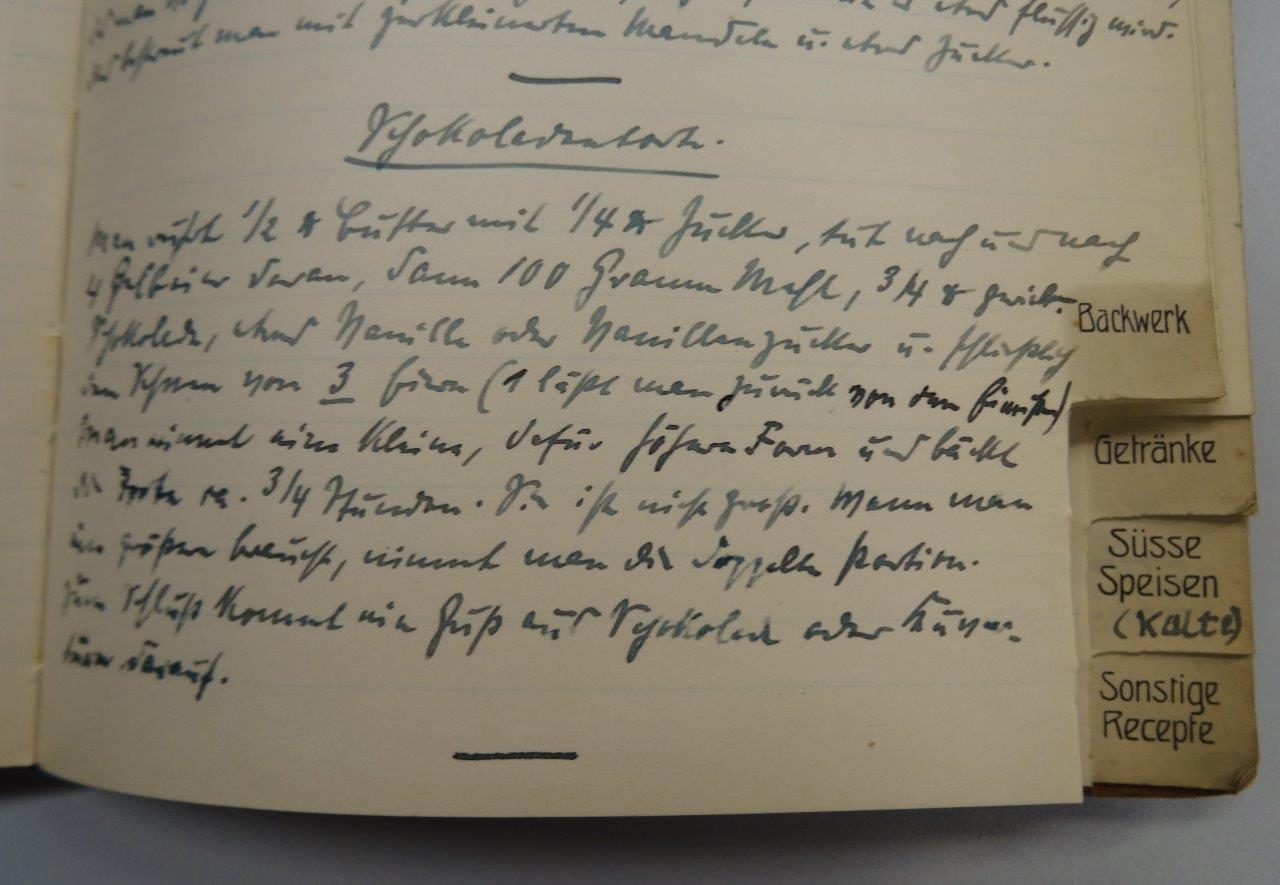 The recipe (once deciphered! Oh, the old German handwriting…) translates:

“Mix 1/2 pound of butter with 1/4 pound of sugar, then add 4 egg yolks one at a time, then 100 grams of flour, 3/4 pounds of grated chocolate, some vanilla or vanilla sugar, and finally 3 beaten egg whites (keep back one of the egg whites). Take a small, but tall cake pan and bake the cake approx. 3/4 hours. It is not big. If one needs a bigger one, one takes a double portion. At the end the cake gets covered in chocolate or couverture.”

I used 250g of dark chocolate and 125g of milk chocolate, and baked at 180 Celsius. The cake took slightly longer to bake than expected,  I left it in the oven for one hour (use a wooden skewer to test if it is baked). It is very dense and moist, almost like a brownie. 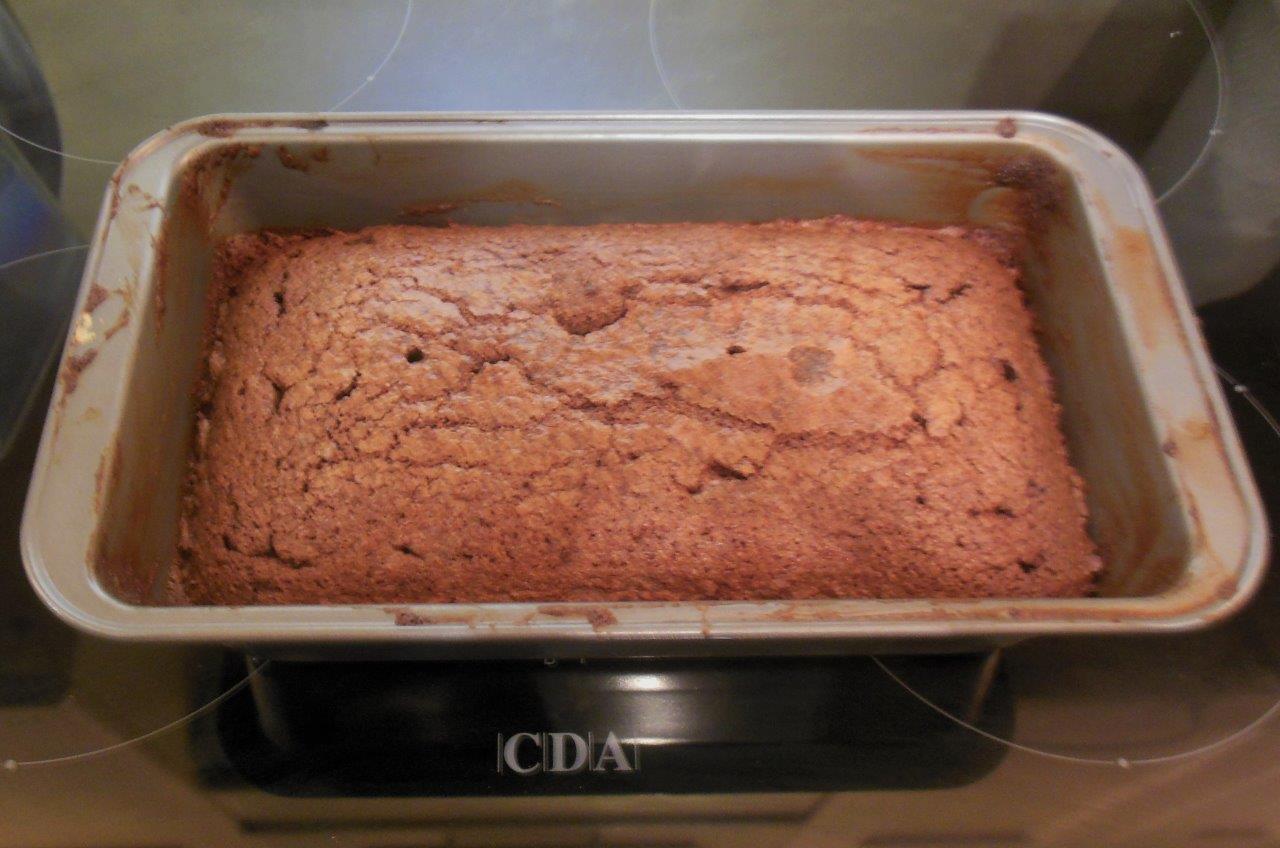 The recipe was written down in 1927, but it is probably much older.

Gertrud Friedmann-Braun was born in 1870 in Berlin as the daughter of the judge and national-liberal politician Leonhard Lehfeldt (1834-1878) and his wife Therese, née Lehmann. In 1891 Gertrud married Felix Friedmann (1861-1934), a lawyer and senior judge (Landgerichtsdirektor ) at the provincial court in Berlin. They had four children, Hildegard, Gerhard, Konrad and Johannes. In 1911, Felix Friedmann adopted his mother’s maiden name Braun, changing his and his wife’s surname to Friedmann-Braun, and their children’s surname to Braun.
Hildegard Braun (1892-?1944) became a professional singer and music teacher. Gerhard Braun (1893-1946) studied medicine and became a gynaecologist. Konrad Braun (1896-1969) was a lawyer and judge at the Berlin Court of Appeal (Kammergericht ). Johannes Braun (1900-1942) was an actor with engagements at theatres nationwide.

The Friedmann-Brauns: Family life in Berlin

The Friedmann-Brauns were part of the well-educated and well-established Prussian-German middle class. The family enjoyed a rich cultural and social life. From their correspondence and other documents we know they frequently had relatives and friends around in their large flat in Nürnbergerstrasse 66 in the centre of Berlin near Kurfürstendamm, for entertaining, meals and family get-togethers.

Quite likely music was involved – after all, Hildegard was a professional singer, and all siblings played musical instruments. Gerhard was an accomplished pianist; Konrad had a string quartet with friends from school. Even more likely, humorous verse written by family members were recited – composing witty poems and all sorts of pen-and-paper games were very much part of the family culture. The Friedmann-Brauns were well-read, had a substantial library, and admired the literary classics, most of all Goethe.

At a family reunion, after Kaffee und Kuchen – afternoon coffee and cake – did someone quote the ‘Lehmann-Lehfeldt Familienchronik’ – a family chronicle written by Gertrud’s aunts Franziska and Agathe and privately published by her uncle Felix Lehmann in 1906 – (in)famous in the family, for all the little stories and the gossip about the extensive Lehmann-Lehfeldt clan? 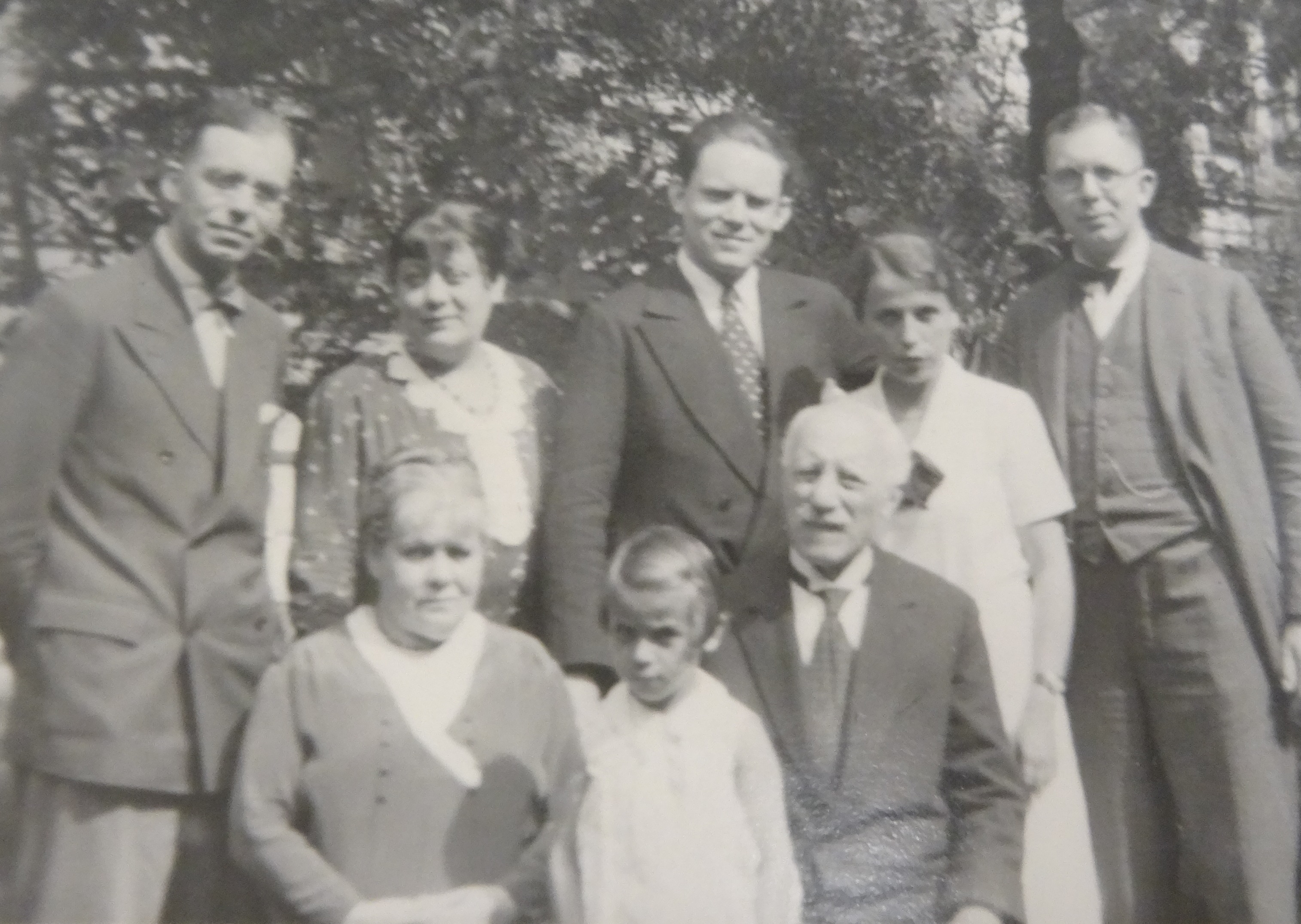 The Friedmann-Brauns, c. 1931: Gertrud and Felix Friedmann-Braun with granddaughter Ruth, at the back Konrad, Hildegard, Johannes, Anneliese and Gerhard Braun

Throughout the 19th and early 20th centuries, the Lehmanns, Lehfeldts, Brauns and Friedmanns, living mainly in Berlin,  were successful in business, the professions, government service and regional politics, and extensively involved in literary and artistic circles, such as Die Zwanglosen society.
Joseph Lehmann (1801-1873), Gertruds maternal grandfather and friends with Heinrich Heine, was editor of the literary magazine Magazin für die Literatur des Auslandes, and his son-in-law Leonhard Lehfeldt followed him in this post. Joseph Lehfeldt (1804-1858), Leonhard’s father, was a publisher and co-owner of the Veit & Co. publishing company. The painter and art professor Paul Meyerheim (1842-1915) was part of the family, and so was Ilse Rosenthal-Schneider (1891-1990), Felix-Friedmann-Braun’s niece, who studied physics and philosophy in Berlin in the 1910s and was in touch with Max Planck and Albert Einstein.

1933 and the consequences: Persecution, emigration and the Holocaust

However… the Friedmann-Braun family had Jewish ancestors, which made them face discrimination and persecution under the Nazi regime.

Gerhard Braun, after losing his posts in the public health system and seeing his practice limited to private patients and later to Jews only, was arrested in the course of the Reichspogromnacht  (Crystal Night) in November 1938 and taken to Sachsenhausen concentration camp, where he was detained for five and a half weeks. He was released in December 1938 on condition that he emigrated, and was able to come to England with his wife Anneliese and adopted daughter Ruth.

Konrad was, after the Nuremberg race laws, forced to retire from his position as Kammergerichtsrat  by the end of 1935. When the police came to arrest him in November 1938, he was in England, studying at the Quaker Study Centre at Woodbrooke in Birmingham. From there, he was able to organise the emigration of his wife Hildburg, and his 3-year-old son Thomas, who left Germany via Switzerland and arrived in the UK in February 1939. 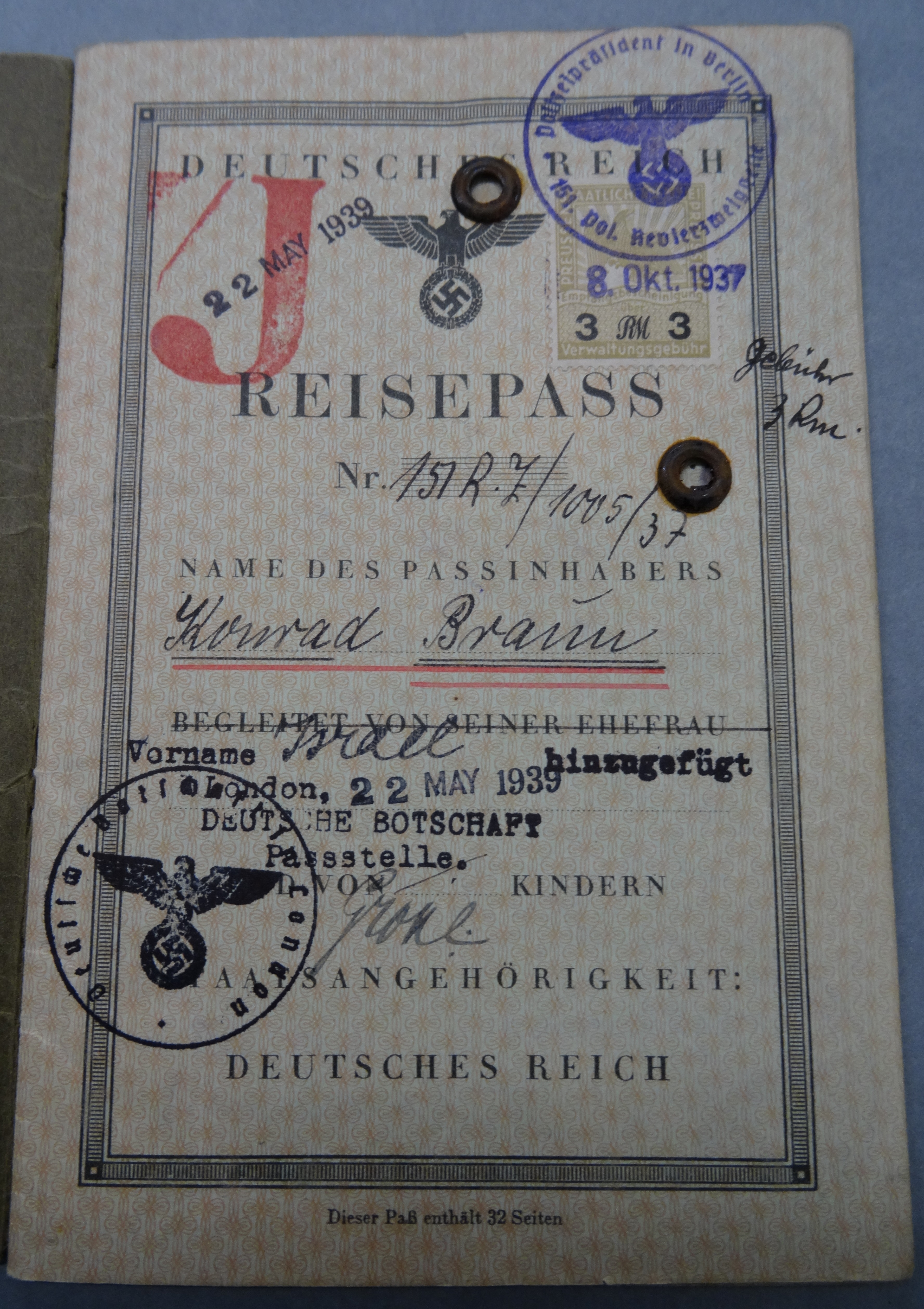 Konrad Braun’s passport, 1937, marked ‘J’ for ‘Jew’ and with the compulsory name ‘Israel’ added by the German Embassy in London, 1939.

Johannes was arrested by the Gestapo in spring 1942 and brought to a concentration camp (probably Trawniki) near Lublin where he was reported to have died of Tuberculosis in July 1942. At about the same time his mother Gertrud suffered an attack, possibly a stroke, after which her health deteriorated steadily and she was dependant on her daughter Hildegard’s care.
From 1941 Hildegard was deployed as a forced labourer to the pharmaceutical company Riedel-de Haën in Britz on the outskirts of Berlin.

Konrad’s and Gerhard’s desperate attempts to find a way for their mother and sister to emigrate from Germany ultimately failed. Gertrud and Hildegard were fetched from their flat in Kurfürstenstrasse on 12 December 1942 and brought to a ‘collection point’ (Sammellager ), probably in Gerlachstrasse, where Gertrud died. Hildegard’s fate is unknown. She is on the list of names on a transport from Berlin to Auschwitz and there is uncorroborated evidence that she worked as a nurse in Theresienstadt and died there, or after being transported on to Auschwitz in 1944; but she was not officially recorded at either camp.

From Berlin to the Bodleian Library:
The Braun Family Archive

The little red recipe book came to England with Gerhard and Anneliese in 1938/1939.
It is now part of the Braun Family Archive, which was donated to the Bodleian Library by Christopher Braun, Konrad and Hildburg Braun’s younger son, in 2010-2014, together with a grant towards preservation and cataloguing of the collection.

The archive consists of over 200 boxes of correspondence, personal and legal papers, diaries, memoirs, eulogies, articles, memorabilia, occasional verses etc., dating from before 1800 to the 2000s, and includes family trees, secondary literature and other material accumulated by family members over the years.  In spite of  grievous losses inflicted by Nazi depredations and allied bombs, this remains a substantial archive of a family which can be traced in Berlin and in the Northeast of Germany in the 18th, 19th and early 20th centuries, and to Jewish roots reaching back to 16th-century Prague and Vienna. 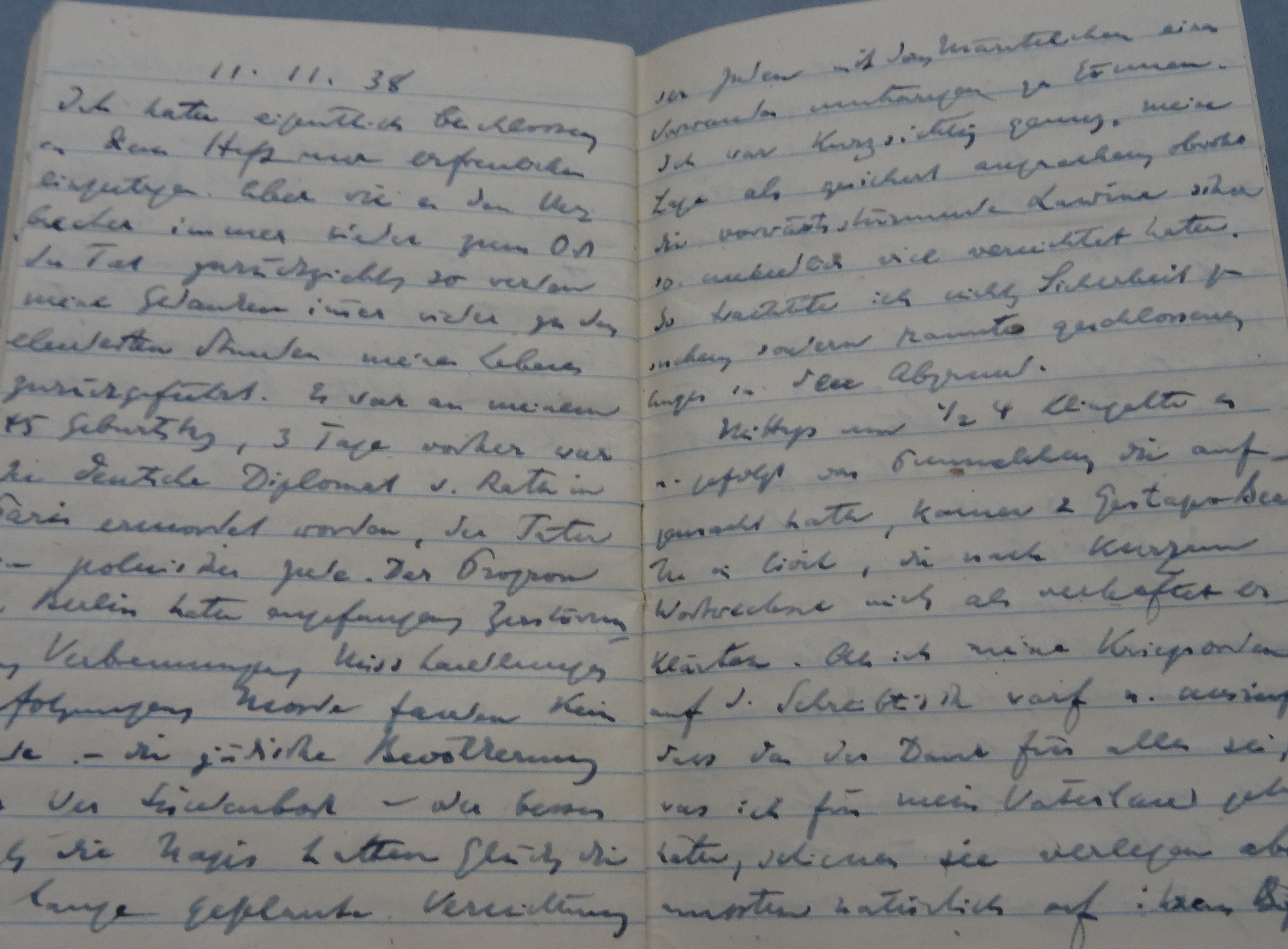 The subjects touched on include the history of Berlin and northeast Germany in the 19th and early 20th century, the role of the Jews and the process of assimilation, publishing, literary artistic and musical movements in 19th-century Germany, especially Berlin, the 1914-18 war on the German side, the Nazi oppression and the holocaust, emigration from Germany, the life of German refugees in Britain, the internment of enemy aliens in Britain during the 1939-45 war, the Quakers in Germany and Britain, and academic life in Oxford in the 1950s-2000s.

A substantial autograph collection, bringing together 19th and 20th century letters and other documents from artists, writers, musicians, politicians and other ‘celebrities’ family members were in touch with over the decades, complements the archive.

Thus, the collection not only tells the eventful story of a family throughout more than two centuries, but also touches on a broad range of subjects in 19th and 20th century German and British history – which makes it a rich source for biography, social and cultural history with a great potential for use in research.

The main part of the Braun Family Archive is now available to readers, with the catalogue online at the Bodleian Library Special Collections Archives and Manuscripts Online Catalogues website.